Many role-playing games, dating back to Dungeons & Dragons and before, have featured a class whose specialty lies in keeping everyone else hale and healthy… but not like other healers. Rather, while some measure of traditional healing may apply, it's more about buffing the team, debuffing the enemy, and just all-around tilting the odds in the party's favor.

With its wealth of different classes to choose from, Xenoblade Chronicles 3 manages to find a space for precisely this archetype through its Strategos class and accompanying Hero, Isurd. As with all our unique class guides, we'll go over the basics of the class, some tips for success, and then what you'll need to do in order to unlock it.

What Is The Strategos Class? 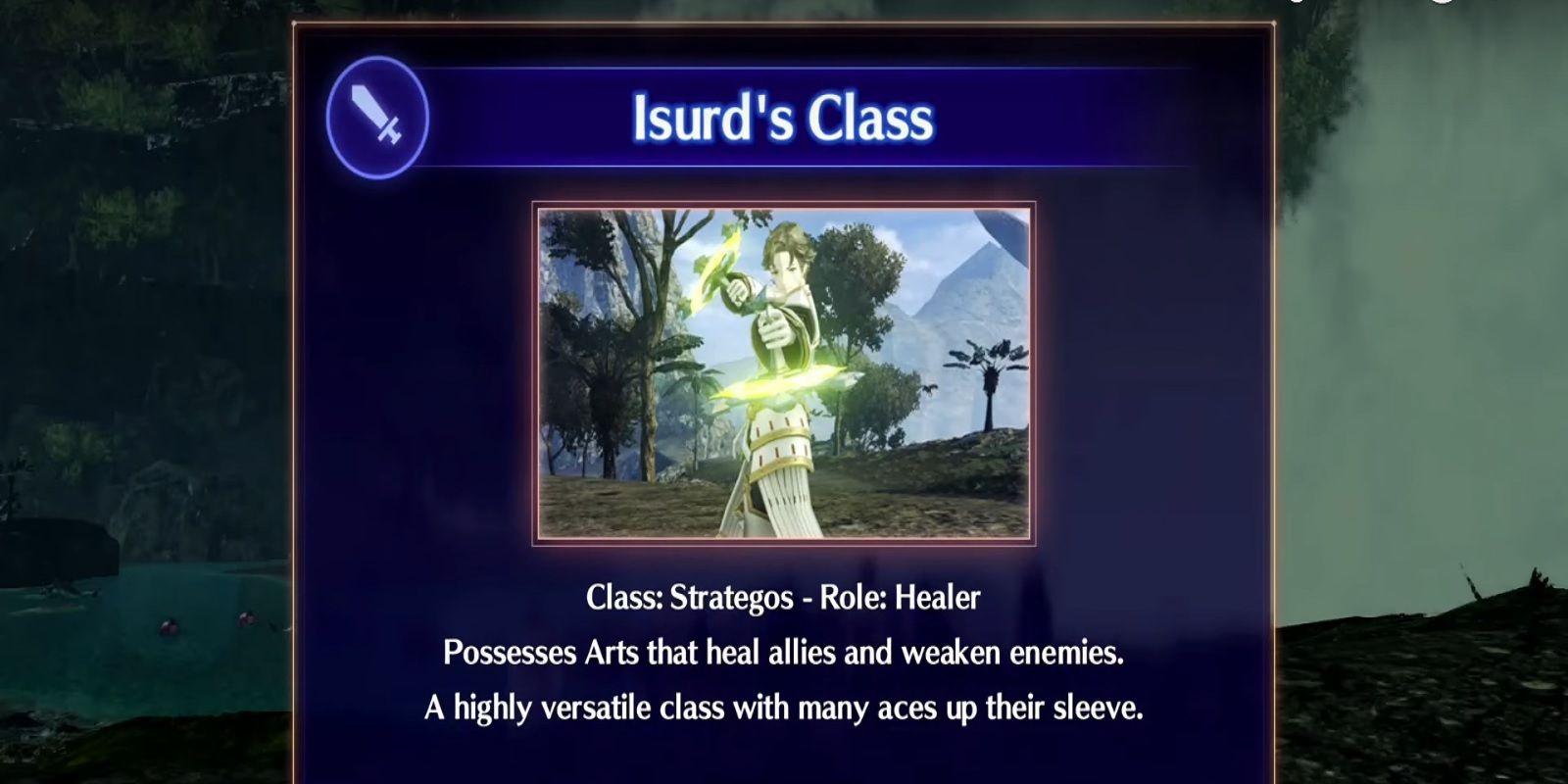 As the above screenshot implies, the Strategos class is all about weakening foes, revitalizing allies, and doing so against the role backdrop of a Healer. There are all sorts of comparisons one might make to other RPGs; we'll go with the semi-random example of the Saboteur from Final Fantasy 13. But again, the notion of a half-healer, half-weakener has been around forever.

Why do we keep mentioning that? Well, it's nice to see the Xenoblade Chronicles series' take on the archetype, especially when the six-player main cast can be joined by a Hero seventh. We're not saying the best way to play Strategos is to stick to its native user, but having Isurd along in this specialized role while keeping the big six to their own more general setups can be an effective strategy against foes with high resistances.

Strategos' Class Skills, perhaps unsurprisingly, revolve around extending the timer on buffs and debuffs. Sapping Gambit extends the duration of enemy debuffs by 150 percent; Strengthening Gambit works the same way, except for ally buffs. Regenerative fields, Bind status, and other supportive fare all contribute to the class' Talent Art effects.

Sometimes, the best possible class inheritors for Xenoblade 3's uniques are a touch unpredictable. Sometimes, they're as clear as crystal. In Strategos' case, it's certainly the latter; Taion and Eunie, being healers, are excellent choices. There's nothing about the class that defies expectations in this regard.

How To Unlock The Strategos Class 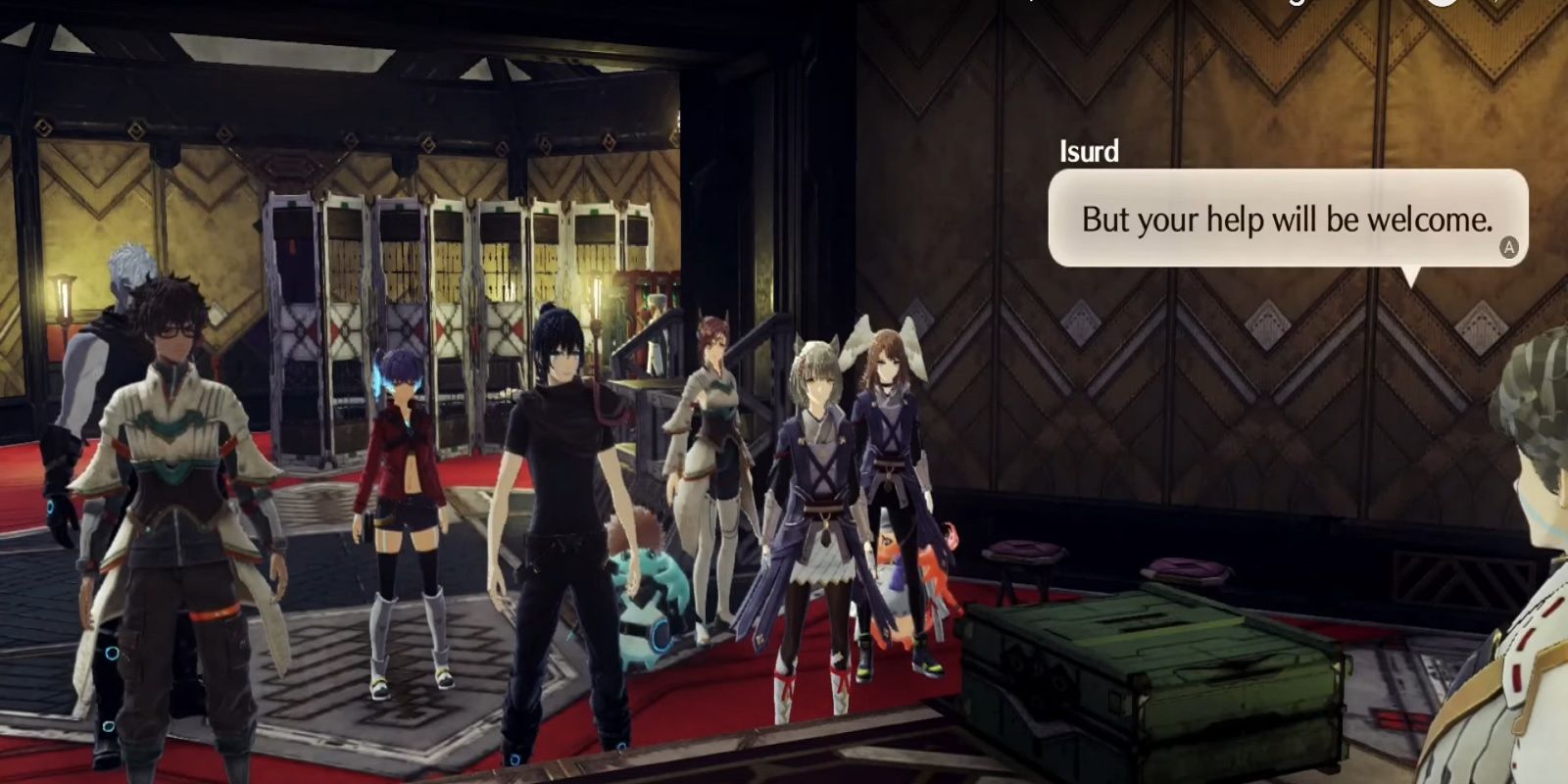 Isurd's quest, 'Unwavering Resolve', becomes available in Chapter Four of Xenoblade Chronicles 3. Strikingly, this is a man you will have seen earlier on, through Taion's memories. Their connection is now… well, strained often feels insufficient to describe how folks tend to react to Ouroboros, but it's as good a word as any.

In the Pentelas Region, go to Colony Lambda. Have a chat with Isurd. If this conversation unlocks the quest, you're at the right point of the game for this to transpire. Head to Mine Three, as the game's helpful UI instructs.

Your first objective will be to rescue some folks trapped in the mine. This requires some dungeon-diving of sorts, but it's not too bad. Follow the plan, fighting foes the way through. Keep at it, following objectives until the big fight with the Levnises. Your enemy is level 29; odds are good you're north of that mark if you've been poking around much in the game, but if you haven't, and you're either at or south of that level, just stick with your basics, and you'll be fine.

Related posts:
08/05/2022 News Comments Off on Xenoblade Chronicles 3: How To Unlock The Strategos Class, Isurd
Hot News
Roblox: How To Get And Use The Lemonade Stand In Adopt Me!
The Inner World: 7 Beginner’s Tips
how long for bactrim rash to go away
singulair tablet 5mg
SpongeBob Squarepants: The Cosmic Shake Gameplay Revealed, Launches January 24
Recent Posts