Twitch variety streamer Félix “xQc” Lengyel returned to his roots for an IRL stream that focused on skateboarding. Despite being out-of-practice, xQc managed to pull off some decent moves upon arriving at the skate park. If anything, it seemed like a lack of stamina hindered the streamer more than his technique.

He began the IRL stream with a trip to a nearby skateboarding shop, bringing viewers along as he customized a brand new deck. The French-Canadian streamer allowed his chat to help pick out the board, eventually settling on a cheetah-themed design due to his notorious “cheeto” remark.

Supposedly, xQc was an avid skater in his younger days, occasionally chatting with his viewers about his past hobby. He couldn’t have been too shabby either, considering he managed to pick up a sponsor back in his glory days.

He generated some interest around the topic around a year ago when he went to a skate park alone – just to see what he could do. The weather at the time was extremely cold and most of the park was riddled with ice, so xQc struggled to navigate around the poor conditions. Nevertheless, it was clear that he had experience skating.

As expected from Twitch chat, they had a good time making fun of the streamer as he struggled to regain his past skills. The term “Bony Hawk” was among the most popular of memes, poking fun at xQc’s extremely frail stature.

Another user went too far with the Bony Hawk joke by selecting a full skeleton skin on the character selection menu in the well-loved game Skate 3 – only to have “xQc” edited onto the name. 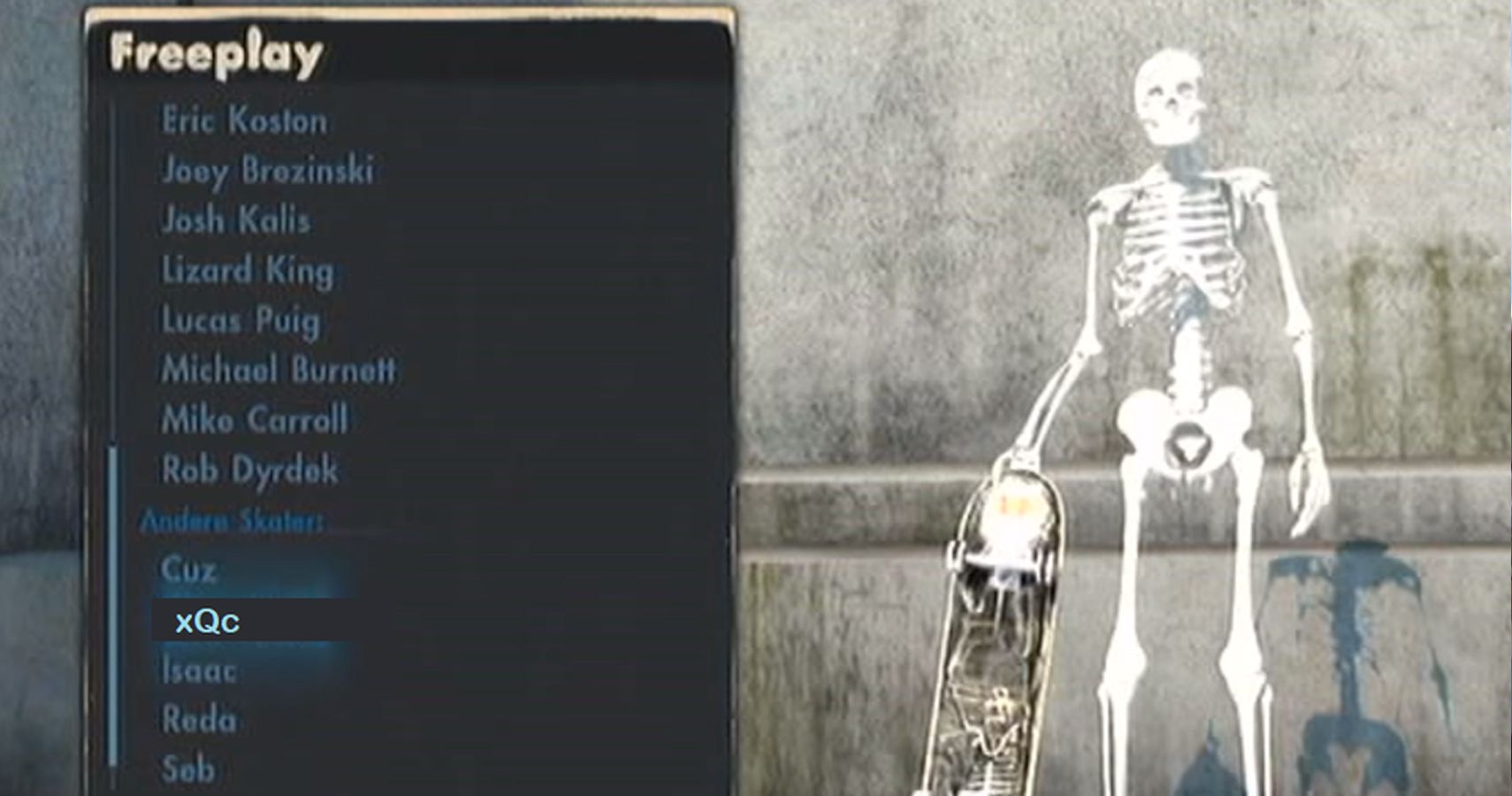 Overall, xQc should be encouraged. Many fans were clearly entertained by his skateboard-focused IRL content and have since cried out for more. Sometimes it sucks coming back to something at a completely different skill level, but for xQc, he’s still got something many admire. Hopefully he hops back on the saddle and shows his fans that you can always return to an old passion.