Konami has stealth launched its second Yu-Gi-Oh! game this year, with Yu-Gi-Oh! Cross Duel dropping on Android devices with no prior announcement.

Unlike February’s Master Duel, which was a realistic interpretation of the tabletop game, Cross Duel is a fast-paced multiplayer duel against three other opponents. Each player’s Monsters are placed on one of three lanes that can attack either the player to the left or right of them, with the final lane meeting in the middle for a four-way clash.

On top of this free-for-all format, the duelling is a highly simplified version of what we’ve seen before, mixing rules from the main card game and its faster sibling, Yu-Gi-Oh! Rush Duel. Some cards have been adjusted for the four-way format, such as Dark Hole going from destroying all Monsters in the TCG to simply destroying all in a single lane here. The Extra Deck, a key part of Yu-Gi-Oh!, has been swapped out with RPG-style levelling for individual cards, allowing them to upgrade from Normal Monsters into their more traditional Extra forms.

As this is a four-way format, Cross Duel had to make changes to other existing cards. For instance, Dark Hole is a long-loved spell card that destroys all Monsters on the field. However, with four players and up to 12 Monsters in play at a time, Dark Hole was nerfed to simply destroy all monsters in a single lane.

While Konami has yet to comment on the launch, it has been found available in certain regions for Android devices on the Google Play store. This follows a similar release pattern to Master Duel’s in January, where it was dropped with no warning in certain devices, before rolling out a more complete launch in the following days. 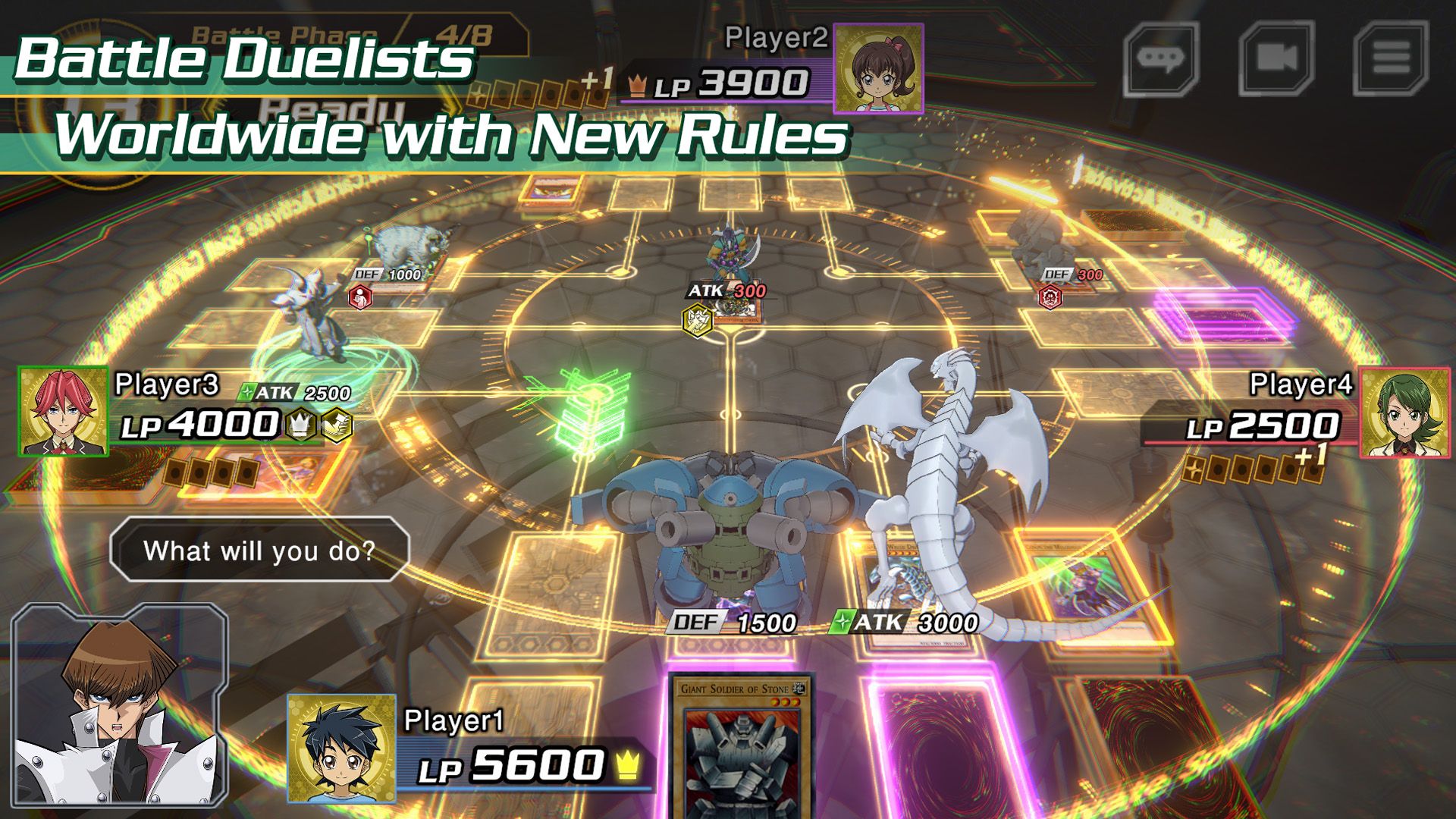 Cross Duel was announced at last year’s Yu-Gi-Oh! Digital Next conference, alongside Master Duel and Rush Duel. However, after a small beta test in October, Konami went quiet on the game. It confirmed in May 2022 that the game was still launching this year, but otherwise has said very little about it until today’s surprise launch.

Yu-Gi-Oh! Cross Duel is available on Android devices now, with a wider rollout expected in the coming days and weeks.