The Beginning of a Legacy: From Pandemic to Season 0 acts as an intro to the Pandemic: Legacy series for anyone who has yet to play them. It’s also an intriguing look into the series’ history, particularly focusing on the foundations of each game and how the ‘legacy’ feature applies. Lastly, the article strikes a bit of excitement at the prospect of playing the Season 0 series prequel, while at the same time touches on the sadness of knowing it will be the final game in the series.

Starting with the 2008 original Pandemic board game, players were introduced to what’s now known as the trademark Pandemic style of cooperative gameplay. Pandemic was designed by Matt Leacock, and according to the article, established the essence of the game that has carried through the entire series: “an exciting cooperative challenge that relies on teamwork (and no small dose of strategy) for players to succeed.”

The story then goes into the Pandemic: Legacy series with Season 1 (2015), and how designers Matt Leacock and Rob Daviau created the legacy playstyle for a board game. Before Pandemic: Legacy, multiple game sessions were the domain of tabletop roleplaying games, where the same players roleplay as the same characters in a campaign that can last months and even years. The legacy design integrated this mechanic into board games’ traditionally single-session gameplay and extended it to be played over 12 or more sessions, with changing rules and game components, all wrapped within a game and player-driven narrative. 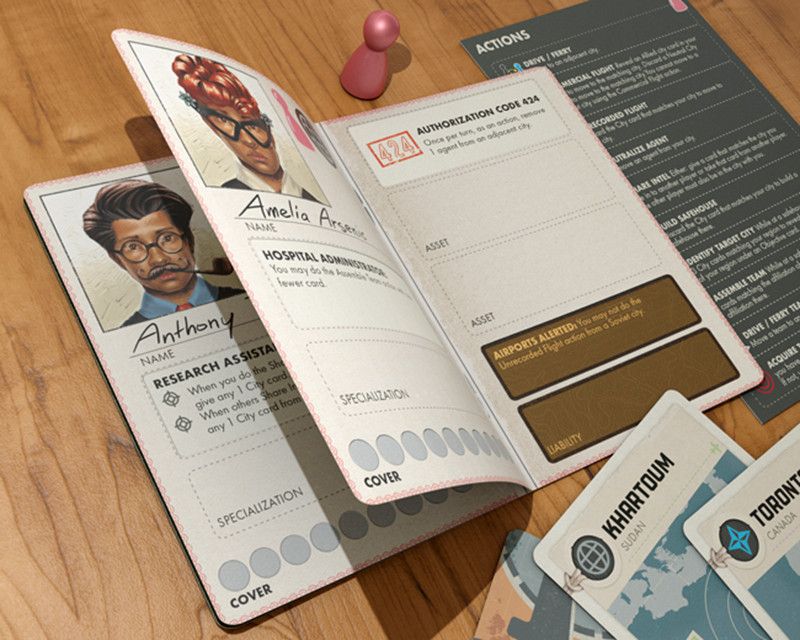 The legacy style of gameplay carried into Season 2 (2017), which added a few more mechanical and narrative twists to the series. When Season 0’s release day comes, currently on schedule for this October (available to preorder now), there will be more of the same excellent legacy gameplay, along with the season’s 1962 Cold War spy-thriller theme to immerse into.

Go check out The Beginning of a Legacy: From Pandemic to Season 0 for more details on the Pandemic series, including unique roles for every player, and some designer’s thoughts on what order to play the series in after the release of the Season 0 prequel.

Related posts:
09/15/2020 News Comments Off on Z-Man Games Details Development History Of Pandemic Legacy Series
Hot News
RazerCon to be Online Event to Showcase its Lifestyle and Hardware Brands
This Cyberpunk 2077 Johnny Silverhand 1/4 Scale Statue Is Perfection, But It'll Cost You
ESIC suspends 37 coaches after initial investigation into coaching exploit
Mario Kart Live: Home Circuit Preorder Details
League Of Legends: The Top 20 Players At The 2020 World Championship
Recent Posts
This website uses cookies to improve your user experience and to provide you with advertisements that are relevant to your interests. By continuing to browse the site you are agreeing to our use of cookies.Ok