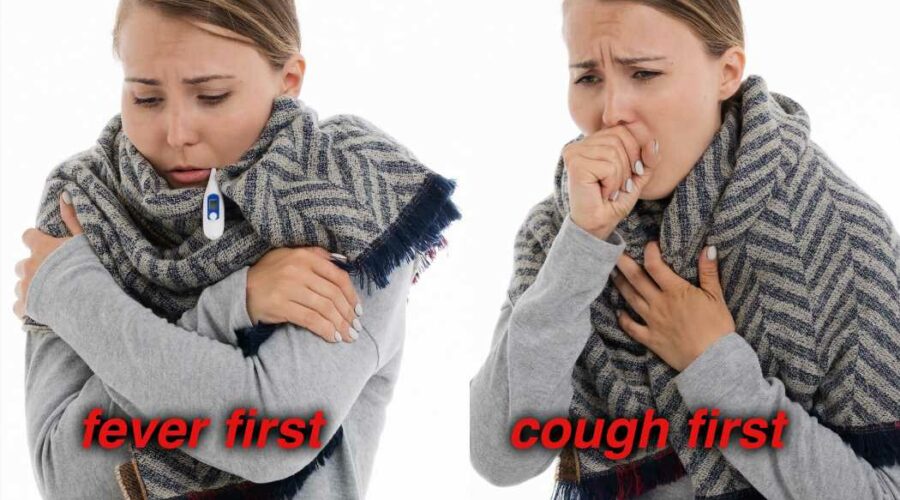 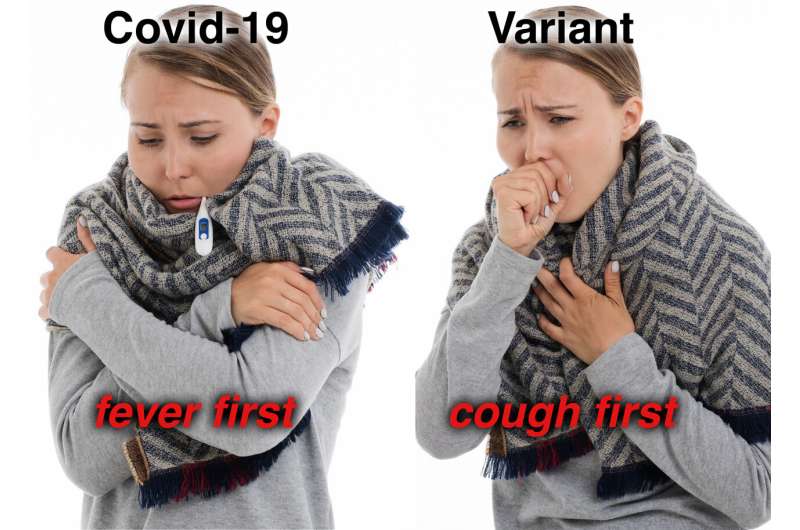 The strain of COVID-19 virus that was circulating in the United States and Europe during the first wave of the pandemic may have been particularly infectious because the most common first symptom was likely a cough, according to a study led by researchers from the USC Dornsife College of Letters, Arts and Science.

The study suggests that people infected with what was the world’s most infectious strain of COVID-19 in May 2020, and the most dominant strain in the U.S. two months later, were likely to experience a cough as their first symptom, followed by fever. The research was conducted at the USC Michelson Center for Convergent Bioscience in the Convergent Science Institute in Cancer led by Peter Kuhn.

The greater transmissibility of that variant—D614G—might be explained by infected individuals coughing and spreading the virus before they were incapacitated by fever. COVID-19 is most commonly spread through respiratory droplets, often amplified by a cough of symptomatic patients.

Conversely, ismo 60 those infected with the COVID-19 variant during the initial outbreak in China, the Wuhan reference strain, probably experienced fever as their first symptom, followed by cough.

Studying the likely order of symptoms, in addition to how the disease spreads, can inform additional research and health care about how people experience the disease.

The study, which was published today by PLOS Computational Biology, also noted that:

“With the emergence of new variants and the likelihood COVID-19 becomes endemic in the population, it’s important that researchers continue to show how viral variants affect progression of symptoms and disease in individuals and populations,” said Peter Kuhn, a dean’s professor of biological sciences and professor of biological sciences, medicine, biomedical engineering and aerospace and mechanical engineering.

The latest findings expand on research that Kuhn and his collaborators published in August 2020 that discovered the order of symptoms from the Wuhan reference strain. The discovery was based on a mathematical model using data from an outbreak in China in early 2020.

“Studying the likely order of symptoms may increase our understanding of how disease spreads and further inform future research and health care on how individuals are likely to experience disease,” said Joseph Larsen, graduate researcher at USC’s Convergent Science Institute of Cancer and doctoral candidate in USC Dornsife’s Quantitative and Computational Biology Department.