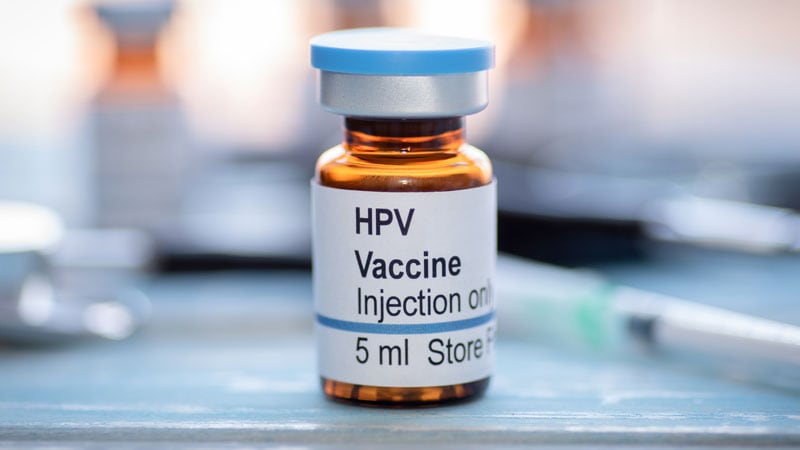 Young women who received the quadrivalent human papillomavirus (HPV) vaccine had fewer and fewer infections with high-risk HPV strains covered by the vaccine year after year, but the incidence of high-risk strains that were not covered by the vaccine increased over the same 12-year period, antler medicine cabinet researchers report in a study published August 23 in JAMA Open Network.

“One of the unique contributions that this study provides is the evaluation of a real-world example of the HPV infection rates following immunization in a population of adolescent girls and young adult women at a single health center in a large US city, reflecting strong evidence of vaccine effectiveness,” write Nicolas F. Schlecht, PhD, a professor of oncology at Roswell Park Comprehensive Cancer Center, Buffalo, New York, and his colleagues. “Previous surveillance studies from the US have involved older women and populations with relatively low vaccine coverage.”

In addition to supporting the value of continuing to vaccinate teens against HPV, the findings underscore the importance of continuing to screen women for cervical cancer, Schlecht told Medscape Medical News in an interview.

“HPV has not and is not going away,” he said. “We need to keep on our toes with screening and other measures to continue to prevent the development of cervix cancer,” including monitoring different high-risk HPV types and keeping a close eye on cervical precancer rates, particularly CIN3 and cervix cancer, he said. “The vaccines are definitely a good thing. Just getting rid of HPV16 is an amazing accomplishment.”

Kevin Ault, MD, a professor of ob/gyn and academic specialist director of clinical and translational research at the University of Kansas Medical Center, Kansas City, Kansas, told Medscape Medical News that other studies have had similar findings, but this one is larger with longer follow-up.

“The take-home message is that vaccines work, and this is especially true for the HPV vaccine,” said Ault, who was not involved in the research. “The vaccine prevents HPV infections and the consequences of these infections, such as cervical cancer. The results are consistent with other studies in different settings, so they are likely generalizable.”

More than half of the 1453 participants were Hispanic (58.8%), and half were Black (50.4%), including 15% Hispanic and Black patients. The average age of the participants was 18 years. They were tracked for a median 2.4 years. Nearly half the participants (48%) received the HPV vaccine prior to sexual debut.

The average age at first intercourse remained steady at 15 years throughout the study, but the average age of vaccination dropped from 18 years in 2008 to 12 years in 2019 (P < .001). More than half the participants (64%) had had at least three lifetime sexual partners at baseline.

“We were really excited to see that the types targeted by the vaccines were considerably lower over time in our population,” Schlecht told Medscape Medical News. “This is an important observation, since most of these types are the most worrisome for cervical cancer.”

They were surprised, however, to see overall HPV prevalence increase over time, particularly with the high-risk HPV types that were not covered by the quadrivalent vaccine.

“The underlying mechanisms for the observed increased detection of specific non-vaccine HPV types over time are not yet clear….

“We hope this doesn’t translate into some increase in cervical neoplasia that is unanticipated,” Schlecht said. He noted that the attributable risks for cancer associated with nonvaccine high-risk HPV types remain low. “Theoretical concerns are one thing; actual data is what drives the show,” he said.

The research was funded by the National Institutes of Health and the Icahn School of Medicine at Mount Sinai. Schlecht has served on advisory boards for Merck, GlaxoSmithKline (GSK), and PDS Biotechnology. One author previously served on a GSK advisory board, and another worked with Merck on an early vaccine trial. Ault has disclosed no relevant financial relationships.

Tara Haelle is a Dallas-based science and medical journalist.