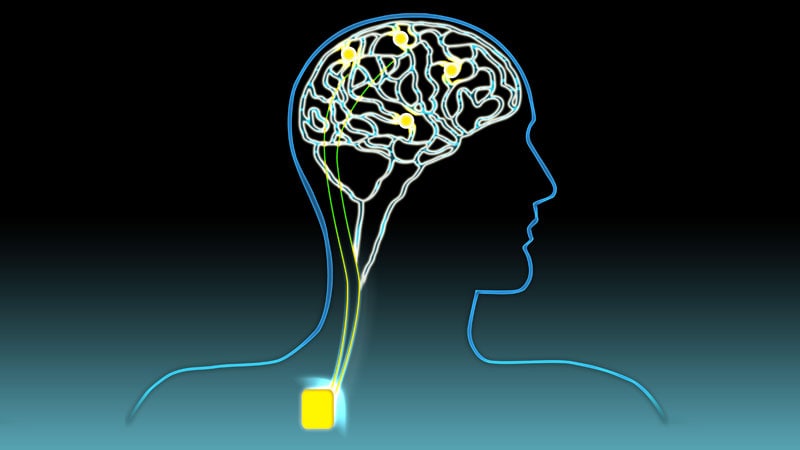 The outcome of deep brain stimulation (DBS) surgery for Parkinson disease (PD) is comparable when performed under general or local anesthesia, results of a new randomized trial show.

Investigators note that postoperative confusion frequently occurs in patients after DBS surgery is performed under local anesthesia. However, contrary to their expectations, the incidence of cognitive, prednisone lasting affects mood, and behavioral adverse effects was no higher after DBS during “awake” surgery.

The study was published online September 7 in JAMA Neurology.

Stereotactic frame-based MRI and microelectrode recordings for target determination were employed in both groups and clinical tests were performed in the awake group. There were 56 patients in the asleep group and 54 in the awake group.

There was also no significant difference in the secondary outcome of improvement in motor symptoms — reflected by change from baseline to 6 months in the Movement Disorders Society Unified Parkinson’s Disease Rating Scale (MDS-UPDRS) Motor Examination score during the off-medication phase.

This level of motor improvement — as well as the 28%-33% improvement in quality of life seen on the PD Questionnaire-39 — are in line with what has been reported previously, the study team notes.

The authors note that the study was limited to frame-based microelectrode-guided procedures used in both awake and asleep procedures.

“Therefore, it remains uncertain if these results also apply to some of the newer, asleep-based implantation procedures without guidance of microrecordings or to frameless DBS procedures,” they note.

In addition, the study was not designed or powered to determine whether abandoning intraoperative clinical testing has a meaningful influence on final electrode placement, but abandoning awake clinical testing does not lead to less motor improvement, the investigators add.

“The reason why DBS surgery has been developed as an awake procedure has been that general anesthesia might affect the neuronal recordings that the surgeon uses to localize the perfect lead placement,” Tagliati told Medscape Medical News.

“Based on the fact that the DBS outcomes were the same, it can be assumed that the precision of the implant was not affected by being asleep or awake,” said Tagliati, who was not involved with the study.

He said it’s no surprise that patient satisfaction was higher with general anesthesia.

“Most patients prefer to be asleep during DBS surgery. They don’t like the idea of being awake when someone drills a hole in their skull,” he said.

He noted that a limitation of the most promising asleep-based implantation procedure — MRI-guided surgery — is capital expense, “because you basically have to either reserve an MRI for a number of hours or purchase a dedicated MRI just to do DBS, which not every hospital may want to do.”

The trial was supported the Dutch Brain Foundation. Schuurman reported personal fees from Medtronic and Boston Scientific during the conduct of the study. Tagliati has served as a consultant for major DBS manufacturers, including Abbott, Boston Scientific, and Medtronic.