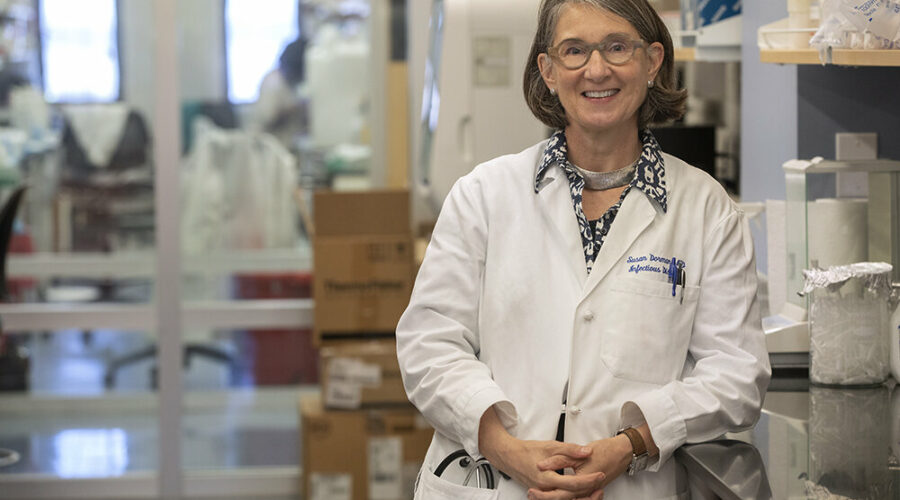 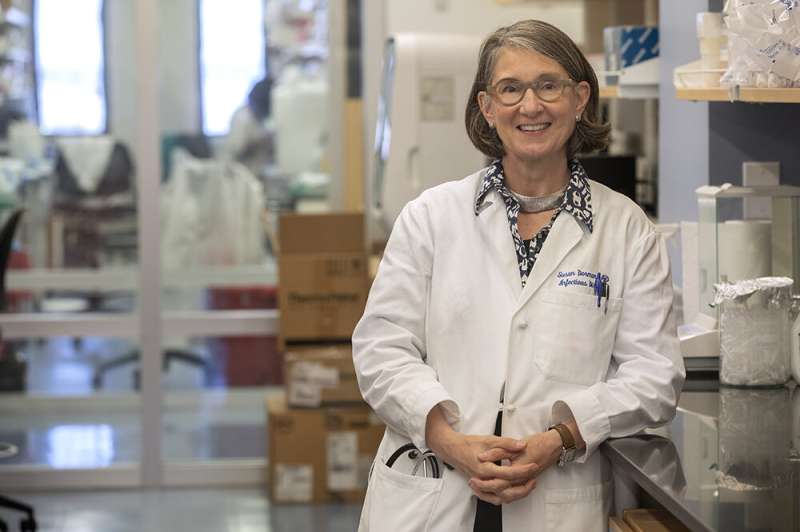 Tuberculosis (TB) is a deadly infection that occurs in every part of the world. The standard treatment for TB, a six-month multidrug regimen, has not changed in more than 40 years. Patients can find it difficult to complete the lengthy regimen, making it more likely that treatment resistance will develop.

A research team led by a Medical University of South Carolina (MUSC) investigator reports in the May 6 issue of the New England Journal of Medicine that a four-month treatment regimen using rifapentine is effective for treating TB. Shortening the treatment duration is an important step toward increased patient adherence.

In 2019 alone, 1.4 million people died from TB worldwide. TB is caused by a bacterial infection that attacks the lungs of those infected. The World Health Organization estimates that one-quarter of the world’s population has a TB infection, buy cheap trazodone online pharmacy without prescription and those individuals will have a 5% to 10% lifetime risk of developing full TB disease. Individuals with compromised immune systems, such as people with HIV, have a much higher risk of developing TB.

“TB often affects adults in the prime of their lives,” said Susan Dorman, M.D., a professor in the College of Medicine at MUSC and first author of the study. “This disease and treatment can disrupt lives and pull families into poverty.”

While TB is curable and preventable, multidrug-resistant TB remains a top public health threat. Resistance occurs when bacteria develop the ability to defeat drugs that are designed to kill them. When one bacterium in the colony figures out how to defeat a particular drug, it can quickly communicate out those instructions to neighboring bacteria, similar to sending out a group text message.

The current treatment for those with an active TB infection is a multidrug regimen over the course of six to nine months. Because different antibiotics use different mechanisms to defeat bacteria, TB is treated with several antibiotics at once to decrease the chances that the bacteria will become resistant to the drugs.

“Patient adherence to the taxing drug regimen has been a huge problem worldwide, and it is the main factor that has given rise to the very drug-resistant forms of TB that are much more toxic, expensive and time-consuming to treat,” said Dorman.

Reducing the length of time needed to treat tuberculosis has long been an important public health goal. The more patients who complete their treatments for TB, the less likely it is for bacteria to escape with knowledge to defeat a particular drug and continue the group message thread to other bacteria.

“Shortening the treatment time improves adherence, decreases costs to programs and decreases the burdens on patients themselves,” explained Dorman.

Dorman and her team at MUSC worked with both a Centers for Disease Control and Prevention (CDC) and a National Institutes of Health trials group to find a way to shorten the overall duration of treatment needed to cure the disease completely.

The team focused on a drug called rifapentine. This drug is similar to the antibiotic used in the current TB treatment protocol but remains effective in the body for longer periods of time. Over the course of 15 years, Dorman and her team performed preclinical and early phase clinical studies to determine how best to use this drug. They determined what dosage to give, how often the drug can be administered and what other antibiotics to pair with it. They then launched a worldwide phase III study with the TB Trials Consortium and the AIDS clinical trial group.

Dorman and her team hope these results will change how TB is currently being treated. In the U.S., their trial results will be submitted to the Food and Drug Administration (FDA). After the FDA reviews the data, the CDC will get involved and issue guidance on changing the treatment regimen. This process could take another 12 months to complete. In the meantime, Dorman and her team have been meeting with WHO representatives to develop guidelines for the new treatment.

“We’re hopeful that the WHO will adopt this regimen and recommend it worldwide,” said Dorman.

The results of this large phase III trial emphasize the importance of global participation and collaboration.

“Our intent was to enroll participants who reflected the overall world population of people with TB so that our results would be generalizable,” said Dorman.

They also made sure to include those under the age of 18, along with people who have HIV. People living with HIV are 18 times more likely to develop active TB compared with people without HIV. The combination of HIV and TB is particularly lethal because the HIV virus attacks the main immune cells that help to coordinate a defense against the tuberculosis bacteria. Importantly, patients with HIV cleared their TB just as well as those without HIV in this phase III study.