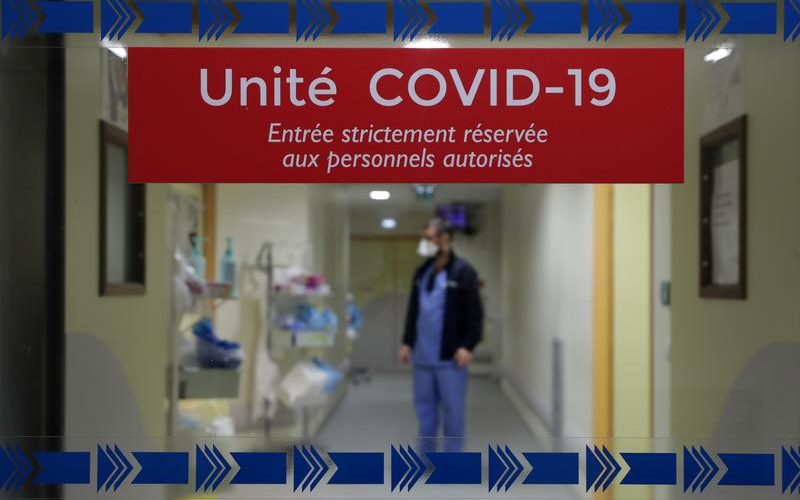 PARIS (Reuters) – The number of people being treated in intensive care units in France for COVID-19 reaching 3,407 on Monday, exceeding 3,400 for the first time since Dec. 3, while the average increase in new cases reached a 17-day peak.

The figures were published after the Alpes-Maritimes region, around Nice in the South of France announced a partial lockdown over the next two weekends in the coastal area between Menton and Theoule to fight a surge in infections.

Unlike some of its neighbours, France has resisted a new lockdown to control more contagious variants, hoping a curfew in place since Dec. 15 can contain the pandemic.

Over the weekend, French Health Minister Olivier Veran said the nationwide trend in infections had worsened in recent days.

Health authorities reported 4,646 new cases, down from 22,046 on Sunday but up from 4,376 last Monday. Total hospital numbers increased for the second day in a row.

The cumulative total of cases increased to 3.61 million, the sixth-highest in the world.