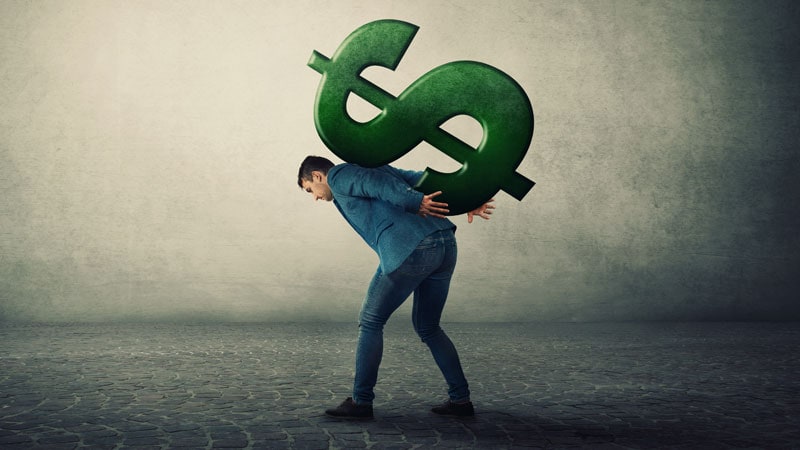 Cardiovascular disease is associated with even higher financial distress — so-called financial toxicity (FT) — than the well-documented association with cancer, and worst off were those with both diagnoses, a new study suggests.

A population-based analysis of financial hardship among patients with atherosclerotic cardiovascular disease (ASCVD), propecia permanent as long as taken cancer, or both showed that ASCVD patients reported higher FT regardless of cancer status. Patients with both ASVD and a cancer diagnosis had the highest FT.

“Most of this type of research has been done in oncology. We realized that we knew next to nothing about financial toxicity in cardiovascular disease,” said senior author of the study, Javier Valero-Elizondo, MD, Houston Methodist DeBakey Heart and Vascular Center, in an interview with Medscape Medical News.

The researchers’ next steps involve developing “tools that can help us identify, prevent, or mitigate financial burden in individuals with cardiovascular disease,” said Valero-Elizondo.

The results were published in the June issue of JACC: CardioOncology.

Although their main analysis only involved nonelderly patients, to capture patients who do not have access to public insurance, like Medicare, they also performed a subgroup analysis of 48,287 elderly patients (≥65 years), which included 8,167 with ASCVD, 8,457 with cancer, and 3,211 with both diagnoses.

ASCVD patients were more likely to:

Although effect sizes were larger, they saw no statistical differences between patients with ASCVD only and those with both ASCVD and cancer in the adjusted analyses, the authors write. “Our findings further reinforce the notion that presence of ASCVD was a key determinant of the presence and severity of FT,” they note.

In addition, patients with either ASCVD or ASCVD and cancer were significantly more likely to report at least three of these factors than those with cancer (23% vs 30% vs 13%; P for trend < .001).

Cardiovascular disease and cancer are the two leading causes of mortality in the United States. Although health outcomes have improved for these patients, this has “resulted in increasing costs of health care both at the system level and for individual patients,” write Reza Arsanjani, MD, and Nandita Khera, MD, both from Mayo Clinic Arizona, Phoenix, in an accompanying editorial.

For patients with both ASCVD and cancer, “the multimorbidity places a significant physiological stress that increases the risk of mortality as well as resulting in higher out-of-pocket (OOP) spending due to both expensive medication use and increased hospitalizations,” they note.

To help patients navigate financial burdens related to treatment, Valero-Elizondo urged physicians to “talk to your patients today because there’s a lot we can do as physicians to help.”

The editorialists add that “more rigorous research, policy level initiatives, and better integration with clinical workflow can ensure that catastrophic financial consequences for patients do not undermine the scientific progress by making ability to pay a limiting criterion for treatment.”

Specifically, they call for research dedicated to tackling FT in vulnerable populations in which FT is more prevalent, such as patients of lower socioeconomic status, younger patients, and patients belonging to racial minorities.

Anna Goshua is a reporting intern with Medscape. She is a dual medical and journalism student who has previously written for STAT, Scientific American, Slate, and other outlets. She can be reached at [email protected] or @AnnaGoshua.

Related posts:
06/24/2021 Online Comments Off on amoxicillin 875 clav k 125 mg side effects
Hot News
Synth Riders PSVR First Look Ahead Of Aug. 10 Release
best dosage of gabapentin for fibromyalgia
Why I think OutRun is the perfect summer video game – Reader's Feature
Invisibly wants to pay you for your data
Pokémon Unite feels a little too ‘pay to win’ for some players
Recent Posts