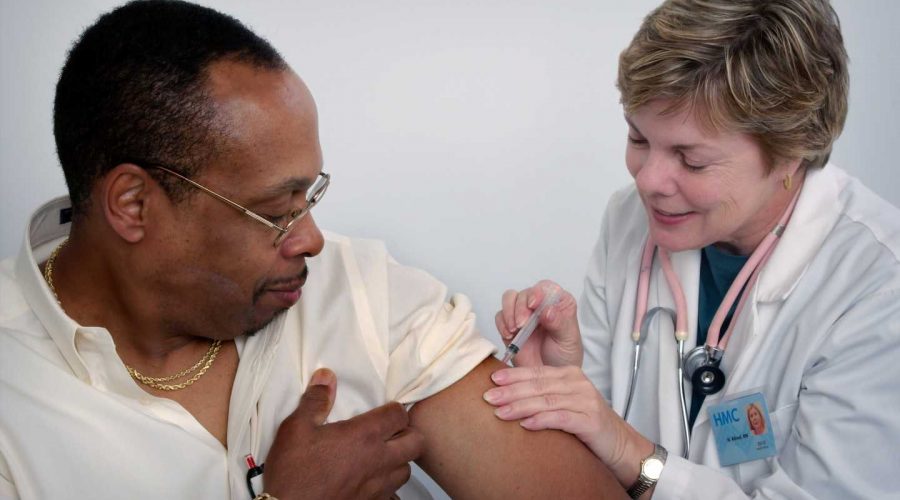 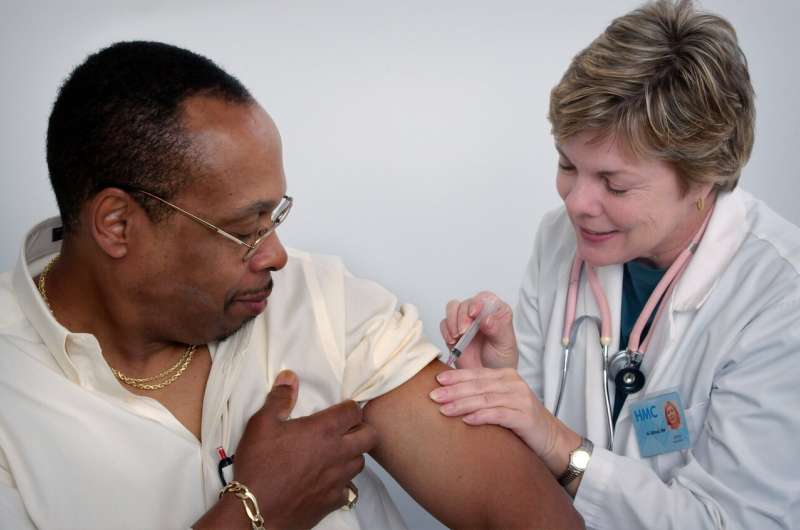 The UK has met its target of offering a first COVID-19 vaccine dose to its top four priority groups by mid-February. All people over 70, frontline health and care staff, care home residents and extremely clinically vulnerable people have been offered a vaccine, with more than 15 million people having now taken a first dose.

The Joint Committee on Vaccination and Immunisation’s (JCVI) strategy has prioritized giving vaccines to those most likely to die from COVID-19 – predominantly elderly people. It reflects the stance taken by many countries and by the World Health Organization (WHO), cheap serophene coupons without prescription and has been widely supported so far.

But although age is a good predictor of who will get severely ill, the relationship is not perfectly linear. In absolute terms, the risk of death below the age of 65 is relatively low. An Office for National Statistics analysis published last October revealed that almost 90% of COVID-19 deaths were in over-65s.

Despite this, the JCVI has chosen to prioritize people well below this age threshold. It will continue moving down the age groups until it has vaccinated everyone over 50. But whether this is the best strategy—or whether others should now start filtering into the vaccine queue—is open for debate.

When deciding how to allocate scarce vaccines—and remember, it will probably take until autumn to vaccinate everyone due to limits on supplies—it is first necessary to define the aims of the vaccination program itself. It’s estimated that vaccinating the groups prioritized by the JCVI will prevent 99% of COVID-19 deaths and will also protect hospitals by lowering admissions.

But while these are patently important objectives, they aren’t the only ones relevant to a vaccination program. A framework produced by the WHO’s Strategic Advisory Group of Experts on Immunization (Sage) proposes several alternatives. Any of these could be pursued with good reason, but each requires trade-offs in who gets prioritized.

One option would be to distribute vaccines strategically to maintain essential services. Many US states have already been doing this by including key workers in the first phase of vaccination. In Iowa, for example, those aged over 65 are considered at the same priority as emergency responders and teachers. This bolsters important services, but could slow down protecting the elderly.

As it stands in the UK, a 50-year-old office worker, working from home, will get a vaccine ahead of a teacher if the latter is younger, even if by just a year. Since most outbreaks in schools have involved members of staff, there’s a strong argument to protect teachers as early as possible by moving them up the queue.

The same principle can be extended beyond the education sector. In the UK, one-third of the total workforce are considered key workers (transport staff, food suppliers, emergency responders and so on). They are at an increased risk of exposure to the virus as they can’t work from home, and outbreaks in their workplaces have led to widespread disruption. Vaccinating them based on occupational risk is not just an ethical imperative, but would also be a necessary step for reopening society.

An alternative aim could be to minimize the spread of the virus. Doing this will become increasingly important as deaths fall, as limiting transmission is what will bring the pandemic to an end. Emerging data suggests that vaccines may reduce viral transmission.

Those living or working in crowded areas are at a higher risk of picking up an infection and passing it on, making them prime candidates for prioritization if slowing transmission is the goal. Those who are more mobile—such as commuters or the more socially active—also pose an increased transmission risk.

Minimizing viral spread will also reduce the chance of new viral variants emerging, as mutations occur when the virus reproduces. But preventing transmission will be difficult if uptake in these highly connected groups is low.

The WHO Sage framework also specifies that countries’ priority plans should take into account disadvantaged groups. Those with severe learning disabilities are on the current JCVI priority list, but otherwise the UK guidance is ambiguous. Potential health inequalities or exceptional circumstances are presented as an afterthought.

“Congregate settings”, where lots of people come into close contact—such as homeless shelters, child and adult protection services, and prisons—aren’t mentioned in the UK priority list, despite frequently experiencing large outbreaks. In contrast, in the US state of Michigan those living or working in such places will receive vaccines in the same phase as teachers and first responders and ahead of other key workers.

People living in deprived areas or from ethnic minority backgrounds are also more vulnerable to infection. However, illness often occurs at a younger age in these populations and may remain undiagnosed, meaning these groups may be overlooked if prioritization is based on age or clinical risk alone.

Lockdown has also had a disproportionate impact on deprived areas: low-income groups constitute the majority of the workforce in the hardest-hit sectors of the economy, such as retail, hospitality and private transport. Early vaccination could protect these groups not just from infection, but socioeconomic devastation too.