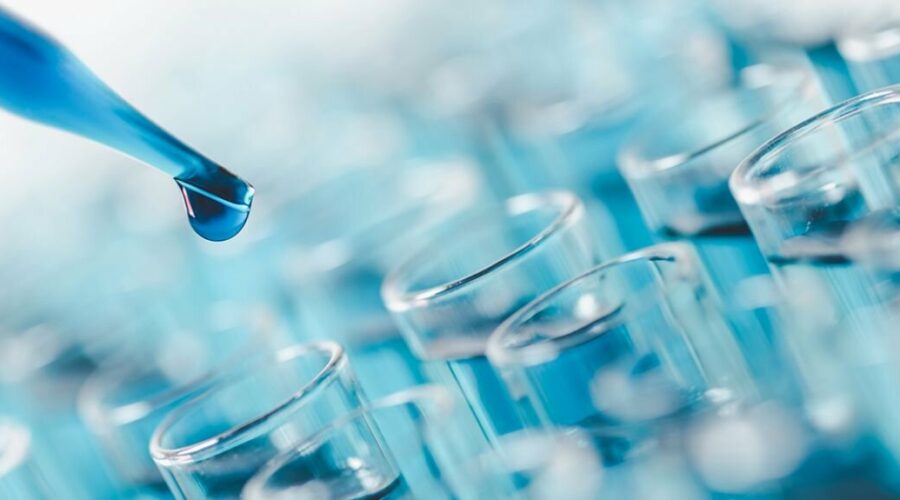 Scientists at the Oxford Parkinson’s Disease Centre (OPDC) have been able to use a highly-sensitive method called α-synuclein real-time quaking-induced conversion (αSyn-RT-QuIC) to observe the clumping of alpha-synuclein in the cerebrospinal fluid (CSF) taken from people with Parkinson’s. The findings offer hope that a pioneering new clinical test could be developed to diagnose Parkinson’s correctly in its early stages.

Alpha-synuclein is a protein known to form sticky clumps, known as Lewy bodies, in the brain cells of people with Parkinson’s and some types of dementia. These clumps are associated with the death of dopamine producing nerve cells which causes the motor symptoms associated with Parkinson’s, including freezing, where to buy generic anafranil canada no prescription tremors and slowness of movement along with the ‘hidden’ symptoms such as anxiety and memory problems.

Funded by the charity Parkinson’s UK, the study investigated whether the αSyn-RT-QuIC method could be used as an early diagnostic test or measure of progression for Parkinson’s. The study was carried out in people with Parkinson’s taking part in the Discovery study of the OPDC, which is collecting a wealth of data from a specific group of people over time to better understand Parkinson’s. Previous studies have shown potential for this test as a way to identify people with the conditions.

In a recent survey of more than 2,000 people with Parkinson’s carried out by Parkinson’s UK, more than a quarter (26 percent) reported they were misdiagnosed with a different condition before receiving the correct Parkinson’s diagnosis. The signs and symptoms of Parkinson’s can overlap with other conditions such as multiple system atrophy (MSA) and essential tremor. By having a tool for diagnosis that can be used in the clinic to distinguish between people who have MSA and Parkinson’s but also measure the progression of the condition, delayed diagnosis can be avoided.

The test showed 89 percent sensitivity for correctly identifying people with Parkinson’s and 96 percent specificity for correctly identifying people without the condition. It was also able to distinguish people with MSA from people with Parkinson’s and importantly helped to identify people with RBD who had abnormal alpha-synuclein and later developed Parkinson’s. The test also successfully distinguished between different clinical subtypes of Parkinson’s. There was no link between the test results and severity of symptoms in Parkinson’s but in MSA the test results were linked to the severity of the condition. Therefore, further research would be needed to investigate whether the test could be used to measure progression.

These promising findings published in Brain show that the tool has potential to help diagnose Parkinson’s accurately and early. The assay holds a distinct advantage over other potential diagnostic tests, as it detects an exact process that is known to be involved in the causes and progression of Parkinson’s, that is the aggregation of misfolded alpha-synuclein, thus acting like a window to the process that is happening inside the brain.

Dr. Beckie Port, Research Communications Manager at Parkinson’s UK, said: “This hugely promising diagnostic test could aid in the earlier detection of Parkinson’s. We know that people may well have been misdiagnosed with, and treated for, another condition before receiving their correct diagnosis of Parkinson’s. The months leading up to a diagnosis by a health professional can cause huge anxiety.

Parkinson’s tends to develop gradually and it may be many months, even years, before the symptoms become obvious enough for an individual to visit their GP. A DaT scan is sometimes used to help specialists confirm the loss of dopamine-producing cells that cause the motor development of Parkinson’s. However, similar loss may also occur in some other rarer neurological conditions.

With no molecular test for the condition, diagnosis is made by a neurologist based on a combination of symptoms such as tremor, slowness, stiffness and balance issues. However, many of the symptoms of Parkinson’s can overlap with other conditions, especially in the early stages when progression is gradual and symptoms are more subtle. Furthermore, clumping of alpha-synuclein may start over a decade before the clinical symptoms manifest, time which could be vital to researchers looking to develop treatments that stop Parkinson’s in its tracks.

Dr. Laura Parkkinen, Head of Neuropathology research in OPDC and Associate Professor in Nuffield Department of Clinical Neurosciences in University of Oxford, said: “The most exciting finding of the study is that the detected clumps of alpha-synuclein differed between different clinical Parkinson’s subtypes and between people with Parkinson’s and MSA. These differences could represent distinct “strain profiles” which could not only provide a way to distinguish between different neurodegenerative disorders (MSA versus Parkinson’s) but also provide a way to distinguish variations within a single condition. How the “strain profiles” vary within Parkinson’s and how they relate to clinical subtypes will need to be investigated further.

“We now need to understand what the differences are in the clumping of alpha-synuclein between Parkinson’s, dementia with Lewy bodies and MSA. By getting these answers, we will hopefully be able to create a blueprint for effective diagnosis and therapeutics for these conditions.”

68-year-old Angela Wilson who does charitable work as a spiritual medium, lives in West Yorkshire with her husband and was misdiagnosed for several years before being told she had Parkinson’s.

“In 2008, I had two frozen shoulders. It began with the right shoulder where my Parkinson’s affects my mobility the most. But at that time I didn’t know I had the condition. It was misdiagnosed and was put down as a muscle strain. Eventually, it was diagnosed as a frozen shoulder. In late 2011, I began to notice a very obvious tremor in my right arm, my right leg dragging along and problems with sleeping and constipation. My tremor became more exaggerated when I was under stress. It was only in 2016, that I was finally diagnosed with Parkinson’s by a neurologist who had previously said I didn’t have the condition.

“If I had been diagnosed from the very start, I would have been given medication, had a better quality of life and my symptoms would likely be less troublesome at this point. My experience with being misdiagnosed for several years was a really worrying time. I am lucky to have had my husband by my side along with supportive friends. It would be absolutely wonderful if there was a test that could detect Parkinson’s easily and quickly.”