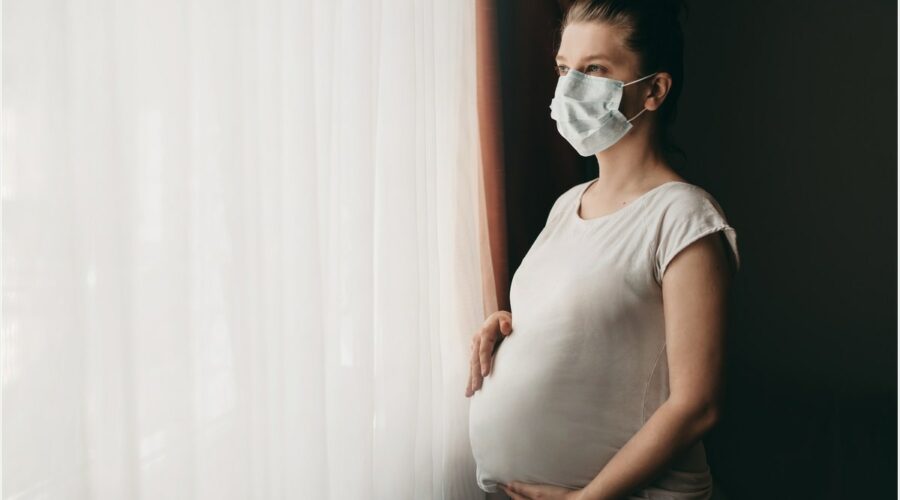 Pregnant women have suffered considerable uncertainty during the coronavirus disease 2019 (COVID-19) pandemic. Not only were the effects of the virus on the baby unknown, but social restrictions in place threatened their ability to plan their delivery experience or have their birthing partners with them.

This is the focus of a new paper, appearing on the medRxiv* preprint server, cheap voltaren usa without prescription which illustrates the need to provide proper guidance and support to pregnant women during such periods, especially allowing them to feel supported and in control of their childbirth experience. 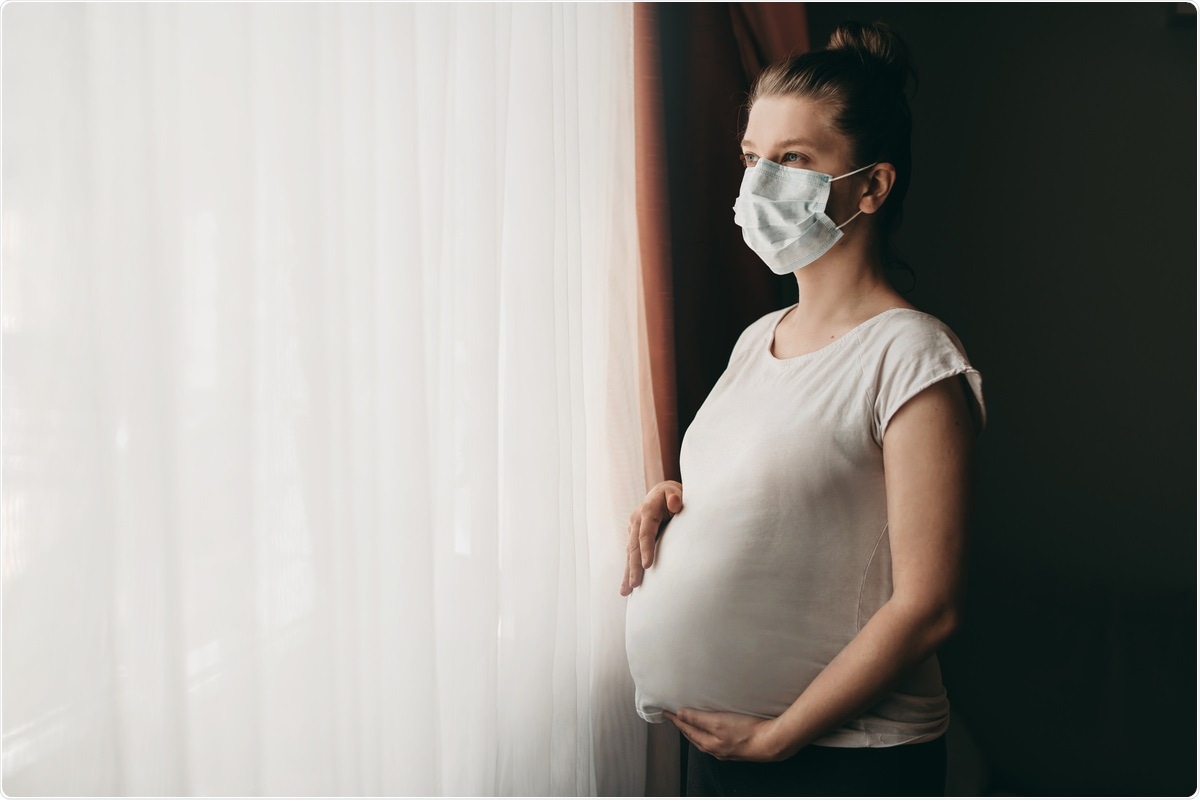 Since January 2020, the UK has been in the grip of the pandemic, caused by the severe acute respiratory syndrome coronavirus 2 (SARS-CoV-2). After several weeks, on March 23, the first national lockdown was announced, followed by two more over the course of the next year and a half.

This led to severe disruptions in national life, with most businesses forced to close down temporarily and people directed to stay home unless for essential purposes. A recent paper discusses the impact of these restrictions on women giving birth, showing that anxiety was high during this period, along with uncertainty as to clinical practices to be followed in these cases.

Some earlier reports have shown that best practices for childbirth as recommended by the World Health Organization (WHO) were abandoned, to varying extents, after the pandemic restrictions began. Thus, some women lost access to non-traditional birthing options or could not have a person of choice with them during childbirth. Many women could not have their babies with them immediately after birth.

The hospitals managed by the National Health Service (NHS) also took several steps which reduced the breadth and quality of perinatal services. Midwives and other maternity service staff found themselves short-handed after the pandemic began, with many shifting to private services as the NHS stopped supporting home births temporarily.

The NHS guidance was drawn up by many hospitals under the health service allowed partners only after the woman achieved 4 cm dilation. They had to leave if the woman was being prepared for a Cesarean section (CS) or at the beginning of induction of labor and were required to leave once delivery was accomplished.

Researchers have already shown that over 90% of expectant women regarded these restrictions as upsetting, and 97% said they became anxious when faced with them. Others disliked the 4 cm dilation requirement as it seemed to mandate a vaginal examination in labor before the birthing partner could join them (82%), with 17% saying they felt they were being forced to undergo such an examination.

Many women began to avoid routine obstetric care in hospitals. There was a 3% increase in the number of women who considered freebirth an option for their own care. A freebirth is one where neither doctor nor midwife is present.

The attraction, in this case, may have been the desire to avoid a hospital setting, associated with infection; not being able to have a partner present during the labor and childbirth process; and perhaps more mundane issues such as the non-availability of reliable ambulance or other transport services.

Only in September 2020 did NHS England state that birthing partners should be allowed to join women in labor, and visitors or other support people should be given access. This was followed by less than a quarter of trusts during this period when it came to allowing partners to be with the woman throughout labor. In December 2020, further guidance was published to allow women in pregnancy to have someone to support them throughout antenatal visits and scans and during childbirth.

How was the study carried out?

In the current analysis, the researchers drew on data from the COVID-19 in the Context of Pregnancy, Infant Parenting (CoCoPIP) Study to understand how the mother experienced childbirth during the pandemic.

Of 477 participants, 188 reported their experiences during the period of severe restrictions, while 245 described childbirth during the period when the lockdown was relaxed. Two out of three women delivered via spontaneous vaginal delivery, while a third had CS. Of the latter, elective and emergency CS were almost equal in number.

How did women feel about the restrictions?

While almost half the participants were negative about the restrictions in place around the birthing appearance, a third were appreciative. A fifth had neutral feelings about the conditions around their labor. More than 55% said they did not feel good about their deliveries during the first lockdown, while 43% disliked the government policies and the complex system of guidance. The trends were comparable for the other two lockdowns as well.

Many women felt upset that they had to cancel their plans, or because they were alone throughout childbirth, were sometimes obliged to don personal protective equipment throughout the experience. While these were related to COVID-19 restrictions, others were not, such as expecting a CS due to the high percentage of such births during this time.

Others cited communication or the lack thereof as a key factor in the quality of their antenatal and childbirth experience. This was particularly so as restrictions kept changing throughout the pandemic. Midwives were kept on their toes trying to keep up, and the changes meant mothers were unsure whether their original plans could be adhered to.

There were also differences in the restrictions between hospitals themselves. However, empathy made a great impact on the way such restrictions were accepted by the expectant women.

What are the implications?

The study shows that the CS rates rose significantly, to 33% compared to 25% before the pandemic, with half of them being elective. Many women asked for a CS to make sure their birthing partners could be with them, as they feared that otherwise, the partners would perhaps not reach in time. This aspect is not addressed in the current study.

Secondly, it became very uncertain whether a laboring woman would be allowed to have her birthing partner with her, not only because of changes in restrictions surrounding childbirth, but because each trust had the authority to follow their own guidelines in this respect as in others. This created confusion and anxiety, the researchers reported, among families where a woman was expecting a baby.

Overall, the lack of clarity was one of the dominant themes related to negative perceptions about giving birth during the pandemic. Another was the lack of agency, such as not being encouraged to make or allowed to follow a birth plan, even when designed around specific needs such as averting postpartum depression in a high-risk woman.

These findings are consistent with the wider recognition that women’s feelings and ability to exert choice and control during the birth, are more important in terms of long-term wellbeing, than the objective facts of the birth.”

Many of these factors could lead to post-traumatic stress disorder (PTSD) following childbirth, though this was not explored in this study. Conversely, feeling in control or supported, and having a good level of communication with midwives or other maternity care providers, enhanced the feeling of positivity surrounding the experience.

The altered experience of birth should also be analyzed in association with the resulting maternal postpartum health and the bonding between the mother and the infant, as well as child development.

The study is continuing, and further data will help understand how a more diverse population of women experienced childbirth under these conditions. However, it is apparent that guidance should not only be clear, but consistently implemented throughout the country to prevent similar negative fallout during future lockdowns or pandemics.