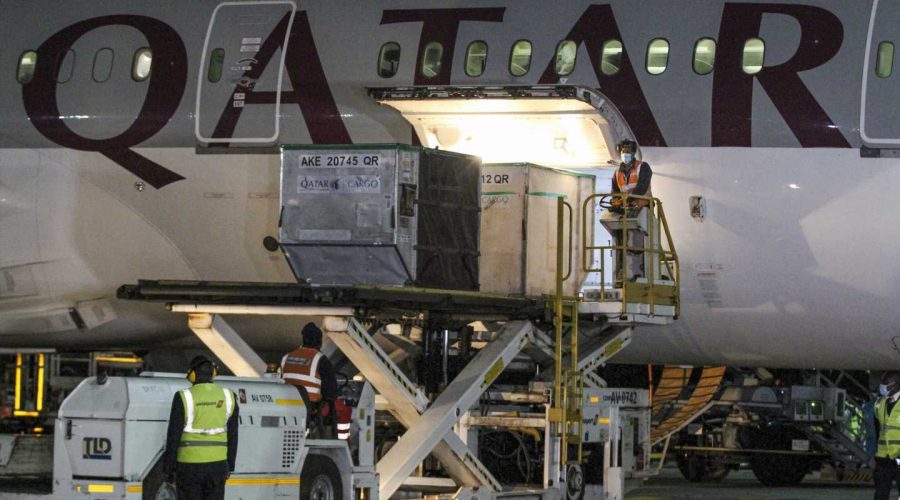 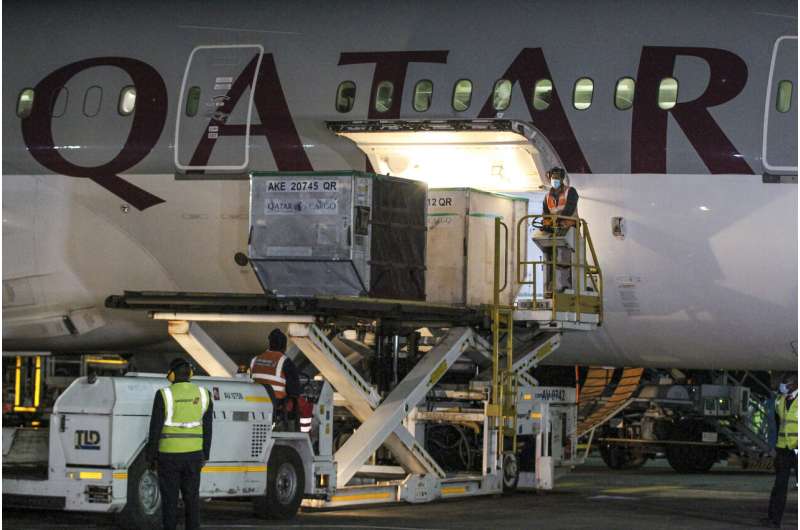 Kenya has received just over 1 million doses of a COVID-19 vaccine in the first batch from the global COVAX initiative that was created to ensure that low- and middle-income countries have fair access to vaccines.

Some 1.02 million doses of the AstraZeneca-Oxford vaccine, manufactured by the Serum Institute of India, arrived in Nairobi early Wednesday, according to a joint statement from UNICEF, the World Health Organization, international vaccine alliance GAVI and the Coalition for Epidemic Preparedness Innovations.

Kenyan Health Minister Mutahi Kagwe expressed excitement and optimism that the vaccines would help stop the spread of the coronavirus that has forced the East African country to partially lock down its economy with devastating consequences for many citizens.

“We have been fighting the pandemic with rubber bullets but what we have acquired today is equivalent, metaphorically speaking, to bazookas and machine guns,” Kagwe said.

The minister said the vaccines will be administered to some 400,000 medical workers and the rest will go to other frontline workers such as teachers and police officers.

Many Kenyan public health care workers have been disgruntled over the inadequate supply of personal protective equipment, and they say they were never paid the allowances that the government promised them for the extra work and risk while combating COVID-19. 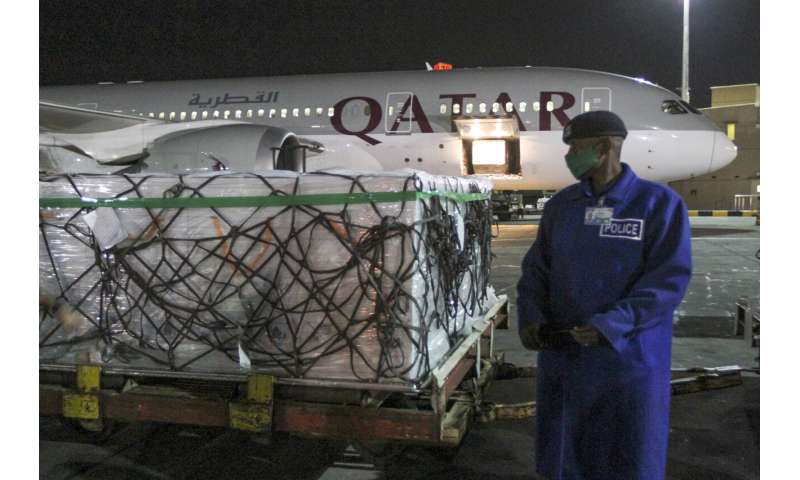 Austine Oduor, an official with the Kenya Union of Clinical Officers, said there is no palpable excitement from members of his union and nurses who were forced by a court order to resume work last week after a 70-day strike.

“What they really wanted was payment of the allowances,” Oduor said. ” In fact, some are questioning whether the distribution will be done fairly in a country where corruption is rampant.”