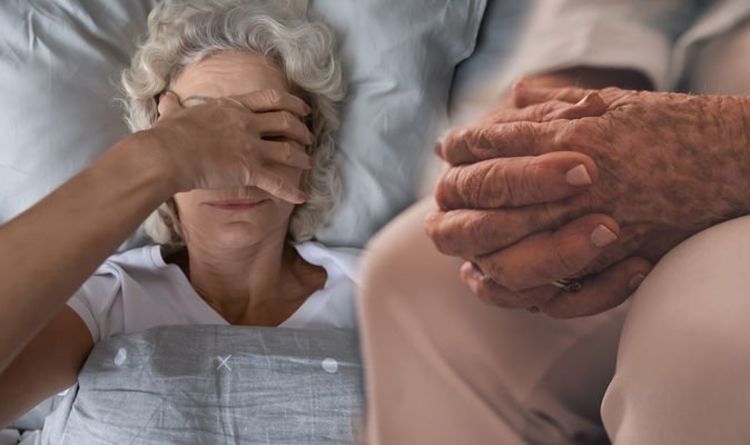 Parkinson’s disease is a progressive condition whereby the signals communicated between the brain and nervous system are disrupted. A number of impairments can occur after this disruption, many of which relate to movement. However, problems with movement are not the only warning symptoms indicating a possible risk.

It is not commonly known that the early signs of Parkinson’s disease can pertain to sleep.

The disease is known to change the brain chemistry in a person which could directly impact their sleeping behaviour.

Alternatively, some Parkinson’s disease medications can also alter sleep. This can show up as vivid dreaming and nightmares, which can make going to bed stressful.

So, it makes sense that some people wish this symptom would go away so they can get a peaceful night of slumber.

Parkinson’s disease is caused by a loss of nerve cells in a region of the brain called the substantia nigra.

These nerve cells produce the chemical dopamine which controls movement and also plays a part in feelings of reward and addiction.

But while the characteristic symptoms of Parkinson’s include tremor, patients may first display a non-motor symptom, such as rapid eye movement sleep behaviour disorder (RBD).

Studies estimate anywhere between 15 and 85 percent of Parkinson’s patients also suffer from the condition.

“At the end of each cycle, you enter a phase of sleep where you dream, which lasts between 15 minutes and one hour.

“In most people in that state, muscle tone is lost and there’s a biological switch that disconnects the brain from the body, so we don’t act out our dreams.

“But in people with RBD, the switch malfunctions, and they tend to act out their dreams.

“It’s one of several sleep problems that can occur with Parkinson’s.

“Others include insomnia, narcolepsy (excessive daytime sleepiness where patients suddenly drop off) and nightmares.”

Other lesser-known early warning symptoms of Parkinson’s disease can include:

Men are slightly more likely to get Parkinson’s disease than women.

Around one in 20 people with the condition first experience symptoms when they’re under 40.

The NHS states: “See a GP if you’re concerned that you may have symptoms of Parkinson’s disease.

“They’ll ask about the problems you’re experiencing and may refer you to a specialist for further tests.”
Source: Read Full Article