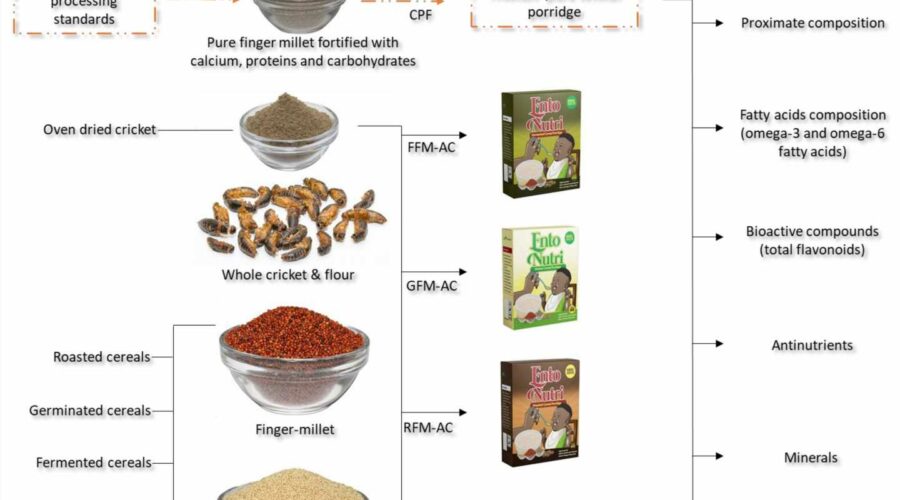 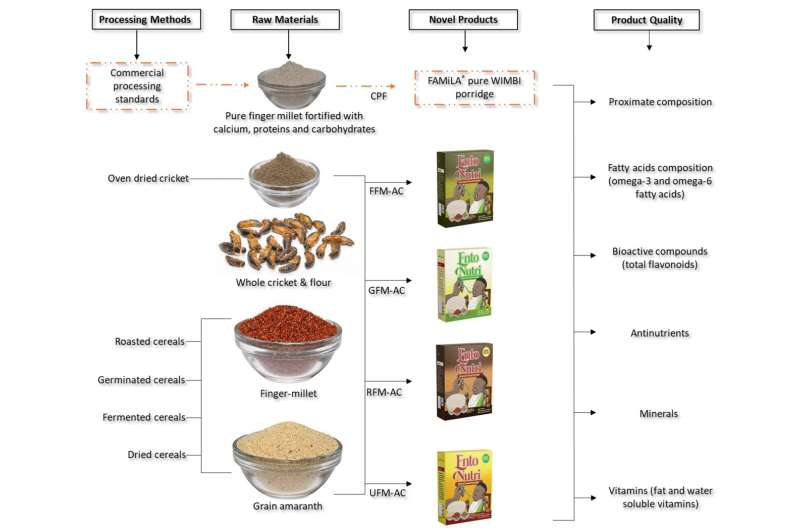 Low-nutrient African porridge could be fortified with amaranth and cricket to make it micronutrient-rich to tackle malnutrition in infants, a study suggests.

The study published this month (5 April) in the Foods journal says that cereals such as sorghum and finger millet used in making African porridge, a staple food for many communities, are rich in carbohydrates but low in micronutrients.

Researchers from the Kenya-headquartered International Centre of Insect Physiology and Ecology (icipe) said they wanted to develop a “nourishing product that is acceptable, how long zyrtec in system appealing and accessible to a wide range of consumers.”

The researchers fortified finger millet with high-quality nutrients from an edible African cricket known as Scapsipedus icipe, which is rich in protein and fat, and the grain of amaranth, an indigenous vegetable grown in many parts of Africa, to create what they say is a flavor-some fortified porridge flour, and compared its nutritional values with those of traditional porridge.

“The four porridge products developed in this study are higher in energy density and nutritional value, as evidenced by the improved fat, protein, vitamin, and mineral contents in the various products, compared with the widely consumed commercial porridge product,” the study says.

“Our findings have also demonstrated the importance of integrating cricket and amaranth grain meal into porridge products to produce nutritious food sufficient for meeting the recommended daily allowance of the most vulnerable segments of the population, if processed properly.”

According to the 2021 Global Nutrition Report, malnutrition persists globally, with 149.2 million children under five years of age having low heights when compared with their ages, and African children heavily impacted.

Study co-author Chrysantus Mbi Tanga, senior scientist and head of the Insects for Food, Feed and Other Uses Programme at icipe, adds: “Insect nutrient quality is comparable or superior to that of most plant and animal-based sources. Thus, this will significantly reduce overdependence on existing food systems under severe pressure due to the rapidly growing global population.”

According to the study, cricket is also rich in essential amino acids, minerals and vitamins, while the leaves and grains of amaranth are rich in vitamins C and A, iron, zinc and calcium that are digestible by the human body.

Tanga says that entomophagy, the consumption of insects, is considered a safe practice in more than 100 countries by some two billion people globally, but remains underused.

He adds that using insect-based products to boost the nutrient content of food products with commercial standards could contribute to income generation, job creation, improved livelihood and food security of local communities in Africa where there are more than 500 edible insect species.

Lydia Maruti Waswa, a senior lecturer in the department of human nutrition at Kenya’s Egerton University, says that eating insects such as crickets is increasingly being adopted as the demand for nutritious, affordable and culturally acceptable food rises, especially in resource-poor settings, amid climate change and rapid population growth.

“These insects are rich in nutrients which can be utilized to boost the nutrition of Africans. We need to figure out more ways of making them palatable,” Waswa tells SciDev.Net.

She says consumption has previously been limited by cultural beliefs, stigma and negative perceptions.

“However, with advancement in production and value addition technologies, insect consumption could contribute significantly to diet quality, and consequently reduce the burden of malnutrition, particularly micronutrient deficiencies among vulnerable population groups,” she adds.

Waswa urges African governments and research institutions to promote insect farming and processing and raise awareness of the benefits of including them in African diets.