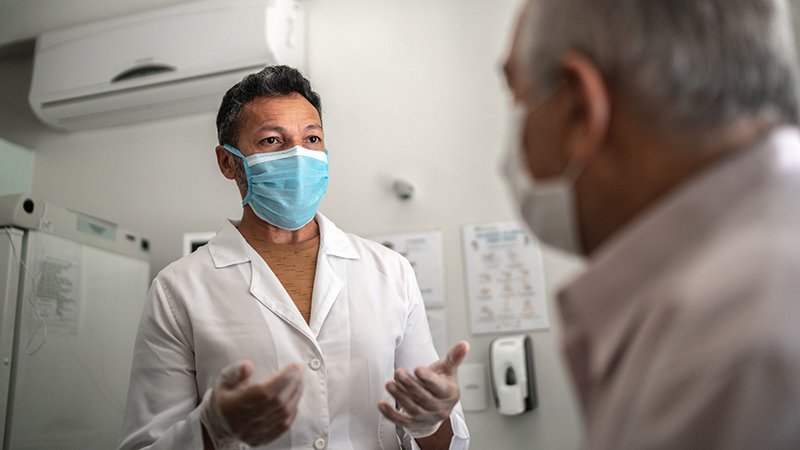 Between 2008 and 2016, the age-adjusted overall mean percentage of prostate cancers that were metastatic at diagnosis increased significantly from 6.4 to 9.0 per 100,000 men. During the same period, the overall mean percentage of men undergoing PSA screening decreased from 61.8% to 50.5%, Vidit Sharma, topamax and yasmin MD, reported in a poster session at the 2021 Genitourinary Cancers Symposium (Abstract 228).

A random-effects linear regression model demonstrated that longitudinal reductions across states in PSA screening were indeed associated with increased age-adjusted incidence of metastatic prostate cancer, said Sharma, the lead author of the study and a health services fellow in urologic oncology at the University of California, Los Angeles.

The regression coefficient per 100,000 men was 14.9, confirming that states with greater declines in screening had greater increases in prostate cancers that were metastatic at diagnosis, he added, noting that, “overall, variation in PSA screening explained 27% of the longitudinal variation in metastatic disease at diagnosis.”

Sharma and colleagues had reviewed North American Association of Central Cancer Registries data from 2002 to 2016 for each state and extracted survey-weighted PSA screening estimates from the Centers for Disease Control and Prevention’s Behavioral Risk Factor Surveillance System. The researchers noted wide variations in screening across states, but they said across-the-board declines were evident beginning in 2010, marking a “worrisome consequence that needs attention.”

Robert Dreicer, MD, deputy director of the University of Virginia Cancer Center, Charlottesville, agreed, noting in a press statement that the findings suggest reduced PSA screening may come at the cost of more men presenting with metastatic disease.

“Patients should discuss the risks and benefits associated with PSA screening with their doctor to identify the best approach for them,” Dreicer said.

Several studies subsequently showed a rise in metastatic prostate cancer diagnosis, but the role of PSA screening reductions in those findings was unclear. In 2018, the USPSTF updated its recommendations, stating that men aged 55-69 years should make “an individual decision about whether to be screened after a conversation with their clinician about the potential benefits and harms.”

The task force recommended against PSA screening in men aged over 70 years.

The current study “strengthens the epidemiological evidence that reductions in PSA screening may be responsible for at least some of the increase in metastatic prostate cancer diagnoses,” Sharma said. He added that he and his coauthors support shared decision-making policies to optimize PSA screening approaches to reduce the incidence of metastatic prostate cancer, such as those recommended in the 2018 USPSTF update.

Sharma disclosed research funding from the Veterans Affairs Health Services Research & Development Fellowship. He and his colleagues had no other disclosures.