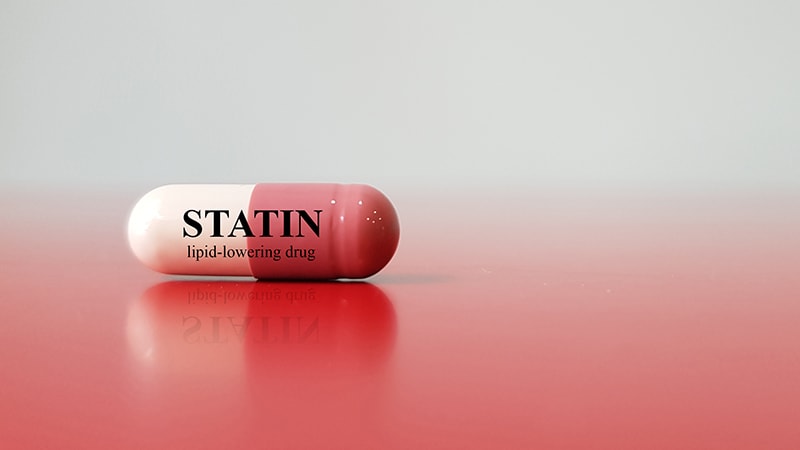 The US National Lipid Association has issued a new scientific statement on the management of patients with statin intolerance, which recommends different strategies to help patients stay on statin medications, and also suggests alternatives that can be used in patients who really cannot tolerate statin drugs.

The statement was published online in the Journal of Clinical Lipidology on June 8.

It notes that although statins are generally well tolerated, statin intolerance is reported in 5%-30% of patients and contributes to reduced statin adherence and persistence, as well as higher risk for adverse cardiovascular outcomes.

The statement acknowledges the importance of identifying modifiable risk factors for statin intolerance and recognizes the possibility of a “nocebo” effect, basically the patient expectation of harm resulting in perceived side effects.

To identify a tolerable statin regimen, micardis association it recommends that clinicians consider using several different strategies (different statin, dose, and/or dosing frequency), and to classify a patient as having statin intolerance, a minimum of two statins should have been attempted, including at least one at the lowest approved daily dosage.

The statement says that nonstatin therapy may be required for patients who cannot reach therapeutic objectives with lifestyle and maximal tolerated statin therapy, and in these cases, therapies with outcomes data from randomized trials showing reduced cardiovascular events are favored.

In high and very high-risk patients who are statin intolerant, clinicians should consider initiating nonstatin therapy while additional attempts are made to identify a tolerable statin in order to limit the time of exposure to elevated levels of atherogenic lipoproteins, it suggests.

“There is strong evidence that statins reduce risk of cardiovascular events particularly in patients with atherosclerotic cardiovascular disease (ASCVD), but recent research shows that only about half of patients with ASCVD are on a statin,” Kevin C. Maki, PhD, co-author of the statement and current president of the National Lipid Association, told theheart.org | Medscape Cardiology.

“There is an urgent problem with underutilization of statins and undertreatment of ASCVD. And we know that perceived side effects associated with statins are a common reason for discontinuation of these drugs and the consequent failure to manage ASCVD adequately,” he said.

Maki noted that the NLA’s first message is that when experiencing symptoms taking statins, a large majority of patients can still tolerate a statin. “They can try a different agent or a different dose. But for those who still can’t tolerate a statin, we then recommend nonstatin therapies and we favor those therapies with evidence from randomized trials.”

He pointed out that many patients who believe they are experiencing side effects from taking statins still experience the same effects on a placebo, a condition known as the nocebo effect.

“Several studies have shown that the nocebo effect is very common and accounts for more than half of perceived statin side effects. It is therefore estimated that many of the complaints of statin intolerance are probably not directly related to the pharmacodynamic actions of the drugs,” Maki said.

One recent study on the nocebo effect, the SAMSON study, suggested that 90% of symptoms attributed to statins were elicited by placebo tablets too.

But Maki added that it can be a losing battle for the clinician if patients think their symptoms are related to taking a statin.

“We suggest that clinicians inform patients that most people can tolerate a statin — maybe with a different agent or an alternative dose — and it is really important to lower LDL cholesterol as that will lower the risk of MI and stroke, so we need to find a regimen that works for each individual,” he said. “Most people can find a regimen that works. If this means taking a lower dose of a statin, they can take some additional therapy as well. This is a better situation than stopping taking statins altogether and allowing ASCVD to progress.”

Maki stresses that statins should still be the first choice as they are effective, taken orally, and inexpensive.

“Other medications do not have all these advantages. For example, PCSK9 inhibitors are very effective but they are expensive and injectable,” he noted. “And while ezetimibe (Zetia) is now generic so inexpensive, it has a more modest effect on LDL-lowering compared to statins, so by itself it is not normally enough for most patients to get to their target LDL, but it is an option for use in combination with a statin.”

He added that the NLA message is to do everything possible to keep patients on a statin, especially patients with preexisting ASCVD.

“We would like these patients to be on high-intensity statins. If they really can’t tolerate this, then they could be on a low-intensity statin plus an additional agent.”

“Whilst I think it is great news that the existence and importance of the nocebo effect is increasingly recognized in international guidelines and statements, I think we need to be very careful about recommending reduced doses and frequencies of statins,” Howard said.

“Studies such as SAMSON and StatinWISE indicate the vast majority of side effects reported by patients taking statins are not caused by the statin molecule, but instead are caused by either the nocebo effect, or ever-present background symptoms that are wrongly attributed to the statins,” he commented. “Therefore, to recommend that the correct approach in a patient with a history of MI suffering symptoms on 80 mg of atorvastatin is to reduce the dose or try alternate daily dosing. This reinforces the view that these drugs are side-effect prone and need to be carefully titrated.”

Howard suggested that patients should be educated on the possibility of the nocebo effect or background symptoms and encouraged to retrial statins at the same dose. “If that doesn’t work, then formal recording with a symptom diary might help patients recognize background symptoms,” he added.

Howard noted that if symptoms still persist, an “N-of-1” trial could be conducted, in which the patient rotates between multiple periods of taking a statin and a placebo, but he acknowledged that this is expensive and time consuming.

“Regardless of whether the symptoms are due to the nocebo effect or not, some patients will just not take a statin no matter how hard you try to convince them to persevere, so we do need alternatives,” Nissen said.

He noted that current alternatives would include the PCSK9 inhibitors and ezetimibe, but a future candidate could be the oral bempedoic acid (Nexletol), which is currently being evaluated in a large outcomes trial (CLEAR Outcomes).