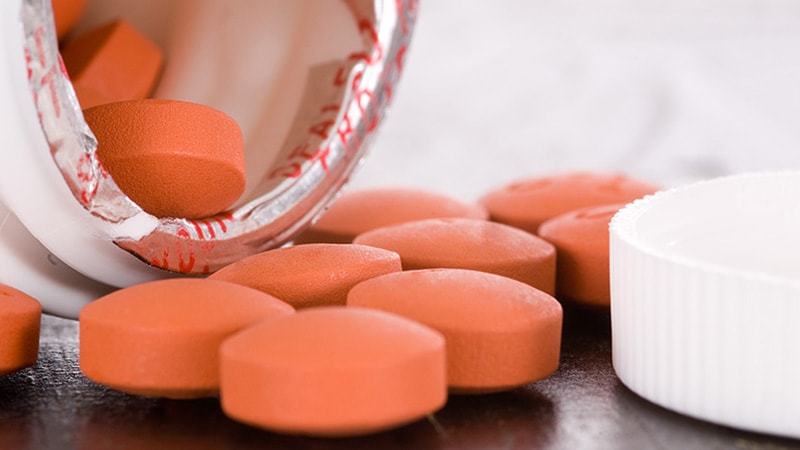 People with diabetes who take nonsteroidal anti-inflammatory drugs even on a short-term basis may have about a 50% greater risk of developing heart failure, according to results from a national registry study of more than 330,000 patients to be presented at the annual congress of the European Society of Cardiology.

“According to data from this study, klonopin roche even short-term NSAID use – within 28 days – in patients with type 2 diabetes mellitus are associated with an increased risk of first-time heart failure hospitalization,” lead author Anders Holt, MD, said in an interview.

“Further, it seems that patients above 79 years of age or with elevated hemoglobin A1c levels, along with new users of NSAIDs, are particularly susceptible.” He added that no such association was found in patients below age 65 years with normal A1c levels.

“This is quite an important observation given that, unfortunately, NSAIDs continue to be prescribed rather easily to people with diabetes and these agents do have risk,” said Rodica Busui, MD, PhD, codirector of the JDRF Center of Excellence at the University of Michigan, Ann Arbor, and president-elect for medicine and science of the American Diabetes Association. Busui is also lead author of an ADA/American College of Cardiology consensus report on heart failure in diabetes.

The study hypothesized that fluid retention “is a known but underappreciated side effect” of NSAID use and that short-term NSAID use could lead to heart failure in patients with type 2 diabetes, which has been linked to subclinical cardiomyopathy and kidney dysfunction.

“According to this study and particularly the subgroups analyses, it seems that incident heart failure associated with short-term NSAID use could be more than ‘just fluid overload,’ ” Holt said. “Further investigations into the specific mechanisms causing these associations are warranted.”

The study identified 331,189 patients with type 2 diabetes in nationwide Danish registries from 1998 to 2018. Median age was 62 years, and 23,308 (7%) were hospitalized with heart failure during follow-up, Holt said. Of them, 16% claimed at least one NSAID prescription within 2 years and 3% claimed they had at least three prescriptions.

The study used a case-crossover design, which, the abstract stated, “uses each individual as his or her own control making it suitable to study the effect of short-term exposure on immediate events while mitigating unmeasured confounding.”

“High age and A1c levels and being a new user were tied to the strongest associations, along with known use of RASi [renin-angiotensin system inhibitors] and diuretics,” Holt said. “On the contrary, it seemed safe – from our data – to prescribe short-term NSAIDs for patients below 65 years of age and patients with normal A1c levels.

The findings are noteworthy, Busui said. “Although there are some limitations with the study design in general when one looks at data extracted from registers, the very large sample size and the fact that the Danish national register captures data in a standardized fashion does make the findings very relevant, especially now that we have confirmed that heart failure is the most prevalent cardiovascular complication in people with diabetes, as we have highlighted in the most recent ADA/ACC consensus on heart failure in diabetes.”