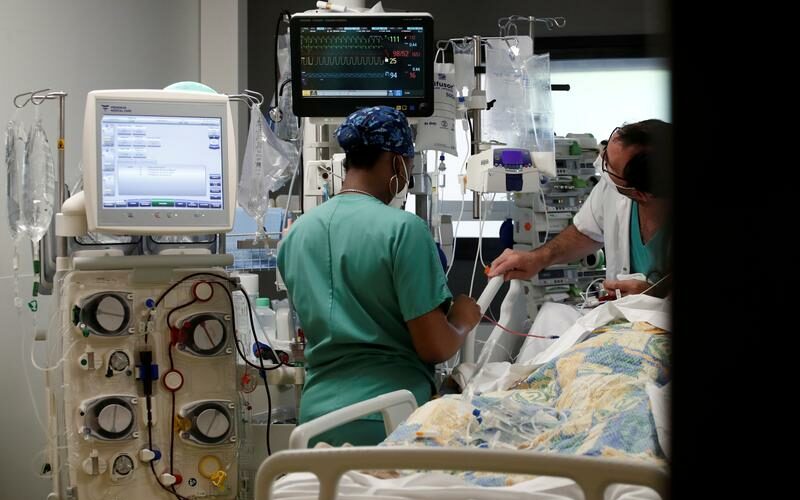 PARIS (Reuters) -The number of COVID-19 patients in intensive care units (ICU) in France fell by 171 to 5,231, the biggest one-day drop in 12 months, health ministry data showed on Thursday, as the government starts unwinding the country’s third lockdown.

The total number of people hospitalised with the disease dropped by more than 700 for the second day in a row, to 26,985. The number has fallen by 1,965 over the last three days, a magnitude not seen since last November when France was in its second lockdown.

The strain put on the hospital system by the pandemic has been the driving force behind France’s three lockdowns.

But the 2.43% week-on-week increase dropped below the 2.5% threshold for the first time since July 18.

The seven-day moving average of daily new infections, which evens out reporting irregularities, dropped below 20,000 for the first time since February 20, to 19,386, versus a recent mid-April peak of 42,225.

A restriction limiting people to a 10 kilometre (6.21 mile) radius from their homes was lifted on Monday and secondary schools have partly reopened. From May 19, France will start relaxing a 7 p.m. nightly curfew – enforced since mid-December – and allow cafes, bars and restaurants to offer outside service.

The government is hoping that a stepped-up vaccination drive and continued social distancing will bring the epidemic under control.