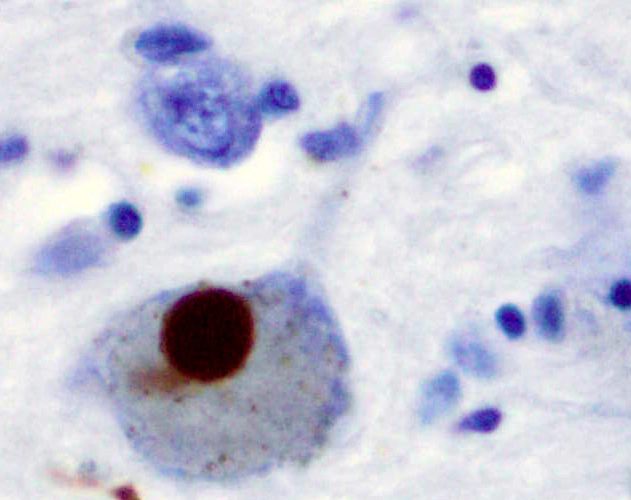 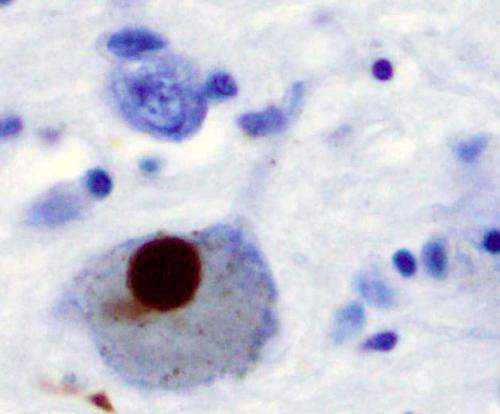 Results published today show it is possible to identify Parkinson’s based on compounds found on the surface of skin. The findings offer hope that a pioneering new test could be developed to diagnose the degenerative condition through a simple and painless skin swab.

Scientists at The University of Manchester have developed a technique which works by analysing compounds found in sebum—the oily substance that coats and protects the skin—and identifying changes in people with Parkinson’s Disease. Sebum is rich in lipid-like molecules and is one of the lesser studied biological fluids in the diagnosis of the condition. People with Parkinson’s may produce more sebum than normal—a condition known as seborrhoea.

The research has been funded by charities Parkinson’s UK and the Michael J. Fox Foundation as well as The University of Manchester Innovation Factory. The work was originally funded following an observation by Joy Milne, whose husband was diagnosed with Parkinson’s at the age of 45. Working with Dr. Tilo Kunath at the University of Edinburgh, Joy demonstrated an incredible ability to distinguish a distinctive Parkinson’s odour in individuals using her sense of smell, even before symptoms emerge in those affected.

The team, led by Professor Perdita Barran, The University of Manchester, and the clinical lead Professor Monty Silverdale at Salford Royal Foundation Trust, recruited 500 people with and without Parkinson’s. Samples of sebum were taken from their upper backs for analysis. Using different mass spectrometry methods, zithromax for ear infection 10 chemical compounds in sebum were identified which are elevated or reduced in people with Parkinson’s. This allows scientists to distinguish people with Parkinson’s with 85 percent accuracy.

The team confirmed their earlier findings published in ACS Central Science that the volatile compounds on skin can be used to diagnose the condition, increasing the number of people sampled and including participants from the Netherlands, as well as the UK.

In a new study published today in Nature Communications, high resolution mass spectrometry was used to profile the complex chemical signature in sebum of people with Parkinson’s and show subtle but fundamental changes as the condition progresses. Detailed analysis showed changes in people with Parkinson’s in lipid (fat) processing and mitochondria. Problems with mitochondria—the tiny energy-producing batteries that power cells—are one of the hallmarks of Parkinson’s.

This means this ‘world first’ testing strategy is not only useful in diagnosing Parkinson’s but also in monitoring the development of the condition. The skin swab could provide an incredibly important new tool in clinical trials helping researchers measure whether new, experimental treatments are able to slow, stop or reverse the progression of Parkinson’s.

The study unveiled novel diagnostic sebum-based biomarkers for Parkinson’s, provides insight into understanding of how the condition develops, and links lipid dysregulation to altered mitochondrial function.

These promising results published today could lead to a definitive test to diagnose Parkinson’s accurately, speedily and cost effectively. The team is now seeking funding to further develop the test and explore the potential for using the test to ‘stratify’ patients.

Working with the University of Manchester Innovation Factory, the team has patents filed for their diagnostic techniques and are planning to create a spin-out company to commercialise the new tests. They are also working to use this approach to develop tests for COVID-19 as shown in research last week in EClinical Medicine as well as other conditions and are actively seeking investors interested in supporting the drive to bring this technology to market.

Professor Perdita Barran, Professor of Mass Spectrometry at The University of Manchester, said:”We believe that our results are an extremely encouraging step towards tests that could be used to help diagnose and monitor Parkinson’s.

“Not only is the test quick, simple and painless but it should also be extremely cost-effective because it uses existing technology that is already widely available.

“We are now looking to take our findings forwards to refine the test to improve accuracy even further and to take steps towards making this a test that can be used in the NHS and to develop more precise diagnostics and better treatment for this debilitating condition.”

Parkinson’s tends to develop gradually and it may be many months, even years, before the symptoms become obvious enough for an individual to visit their GP. A DaTscan is regularly used to help specialists confirm the loss of dopamine-producing cells that cause the development of Parkinson’s. However, similar loss may also occur in some other rarer neurological conditions. With no molecular test for the condition, diagnosis is made by a neurologist based on a combination of symptoms such as tremor, slowness, stiffness and balance issues. However, many of the symptoms of Parkinson’s can overlap with other conditions, especially in the early stages when progression is gradual and symptoms are more subtle.

In a recent survey of more than 2,000 people with Parkinson’s carried out by Parkinson’s UK, more than a quarter (26 percent) reported they were misdiagnosed with a different condition before receiving the correct Parkinson’s diagnosis.¹

“We are proud to have part-funded this groundbreaking research which marks a significant step towards developing a quick and accurate test that can not only revolutionise the way we diagnose Parkinson’s, but also allow us to monitor how this debilitating condition progresses.

“Every hour, two more people in the UK are diagnosed with Parkinson’s and a significant portion of these people may well have been misdiagnosed with, and treated for, another condition before receiving their correct diagnosis. This has been compounded in the COVID-19 pandemic where people have been left waiting and have faced months of anxiety to confirm their diagnosis by a health professional. However, with this innovative test, we could see people being diagnosed quickly and accurately enabling them to access vital treatment and support to manage their Parkinson’s symptoms sooner.”

56-year-old Daxa Kalayci lives in Leicester and was diagnosed with Parkinson’s in September 2019. She was misdiagnosed several times over four years before finally finding out she had the condition.

“I was misdiagnosed with anxiety, stress-related tremors and told that my problems stemmed from going through the menopause. I embarked on a 4-month cruise across the globe not knowing I had Parkinson’s. Just two weeks into the trip, my symptoms worsened and my dream holiday turned into a nightmare. Without confirmation that it was Parkinson’s, which I had suspected for a long time, I was left with unpleasant side-effects caused by different medications prescribed to manage my symptoms.

“Despite my diagnosis eventually being confirmed by a DaTscan, a quick and simple diagnostic test for Parkinson’s would have given me the chance to start my treatment earlier and enjoy life a lot more. But instead, I lost so many years not being able to pursue a career as a paramedic or go back to Nursing.