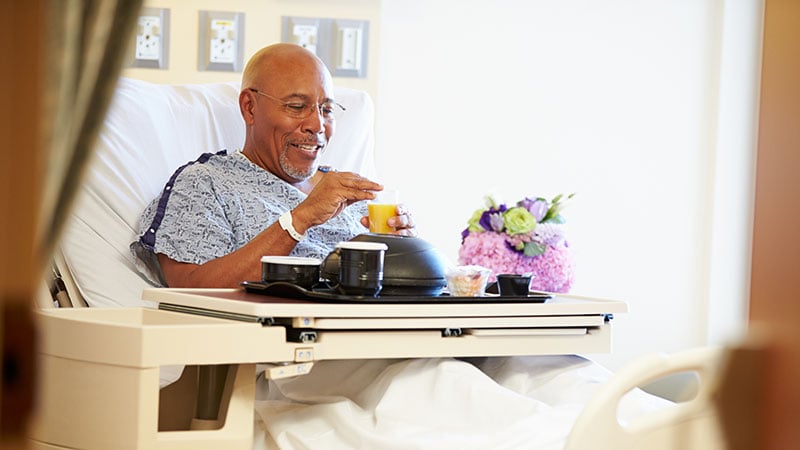 Using equations to calculate kidney function that do not include race adjustments would result in Black patients gaining time on the transplant waitlist before their kidneys fail that matched similar durations for White patients, according to a new study.

Last year, a Task Force organized by the American Society of Nephrology (ASN) and National Kidney Foundation (NKF) recommended that the race coefficient should be thrown out of the equation for calculating estimated glomerular filtration rate (eGFR), a measure of kidney function, for US residents.

The race coefficient had been incorporated into the equation back in 2009 and had the effect of adjusting kidney function upward by 16% in Blacks. But evidence later emerged that this racial adjustment could mean that Black patients were missing out on being waitlisted for kidney transplants.

In the new study, researchers looked at two new eGFR formulas that do not include a race adjustment: one used creatinine alone, the standard test, kieselsol chitosan clarify and the second looked at both creatinine and cystatin, a newer blood test that is thought to improve accuracy when kidney function is at higher ranges.

“The question we were trying to answer was whether or not the new race-free Chronic Kidney Disease-Epidemiology Collaboration (CKD-EPI) equation leads to more equity in theoretical wait time that could be accrued preemptively,” lead author Elaine Ku, MD, University of California, San Francisco, told Medscape Medical News in an email.

The research was published online September 19 in the Clinical Journal of the American Society of Nephrology.

So, while a race-free creatinine-based equation for eGFR may well attenuate racial differences in access to kidney transplantation, it is not clear what consequences there may be from widespread use of this formula.

“Black patients will be affected at higher eGFR thresholds, including kidney donor candidacy and post-donation follow-up,” Reed and Locke predict. “There could thus be a corresponding increase in the prevalence of CKD among Black individuals in the general population who may now be excluded from kidney donation, thus limiting access to living donation in a population already disadvantaged in this regard.”

“Consequently, transplant professionals remain divided on the potential harms that can result from widespread adoption of a race-free formula,” they observe.

The cohort study by Ku and coauthors included Black and White Chronic Renal Insufficiency Cohort (CRIC) participants who were theoretically eligible for waitlist registration for a kidney transplant. The CRIC study is a multicenter study of adults with CKD with an estimated glomerular filtration rate (eGFR) of 20-70 mL/min/1.73m2 at enrollment.

As the authors point out, understanding whether new equations to estimate GFR attenuate racial differences is important, especially because measuring GFR — the gold standard metric for kidney function according to many — is cumbersome, costly, and not always readily available in all practices.

Hence, eGFR is the primary criterion for determining eligibility for registration on the kidney transplant waitlist for patients not yet started on dialysis. So they looked at the two new eGFR formulas that do not include a race adjustment.

The current transplant waitlist requirement for patients regardless of race is eGFR 20 mL/min, significantly lower than 90 mL/min or higher, which is considered normal.

“According to current national policy, patients can begin to accrue wait time for transplantation when their GRF is ≤ 20 mL/min,” Ku and colleagues explain.

Using the eGFR creatinine formula, they found that among 350 Black patients, kidney failure was reached at an average 23 months, versus an average 22 months for 122 White patients, which the researchers describe as not being a statistically significant difference.

“These findings suggest that the new creatinine-cystatin equation, but not the creatine equation, is still associated with differences in pre-emptive wait time by race,” said Ku.

“Our data suggest that use of the 2021 creatinine-based CDK-EPI equation to determine preemptive waitlist eligibility is the strategy that is most likely to reduce racial differences in access to preemptive wait time accrual,” Ku and coauthors conclude.

In their editorial, Reed and Locke say: “Although CKD-EPI determined that the new race-free equation that incorporates both creatinine and cystatin C was the best performing in terms of minimizing inaccuracy with measured GFR, the NKF and the ASN Task Force have not recommended the use of the cystatin C–based equation due to the lack of broad availability and cost.”

“At this time, the new race-free creatinine-based equation has been deemed adequate for clinical decision making and takes an important step in the direction of promoting racial equity in access to listing for transplantation.”

Still, acknowledging that eliminating race-based adjustments to eGFR may have other unintended consequences, they conclude there is a need for data on the implications of the race-free equation in other areas of clinical decision-making on the basis of kidney function. And “further refinement of formulas that utilize existing clinical measurements, minimize bias, and maximize accuracy” are needed.

Ku has reported ownership interest in the Edison Company and research funding from CareDx, Natera, and the National Institutes of Health. Locke has reported serving as a consultant for Sanofi, receiving research funding from United Therapeutics, receiving honoraria and speakers frees from Sanofi, and holding patents or royalties with the University of Alabama at Birmingham.