The latest AAA video game to support pet petting is Tom Clancy’s The Division 2, whose new Warlords of New York expansion adds a good boy mascot to the new hub world in Lower Manhattan. This is a long overdue feature inclusion, as in the year since the main game launched animal lovers have only been able to shoot stray dogs, which no one likes to do as they never attack or bother anyone.

Warlords of New York is way more animal friendly than the Washington, D.C. campaign (or the first The Division from 2016). In fact, one of the first safe houses players may unlock is literally a shelter for puppies and kitties displaced by the Green Poison bioattack. It’s on the way to The Tombs and the boss fight with Theo Parnell, one of the rogue agents players have to hunt down and blow away. 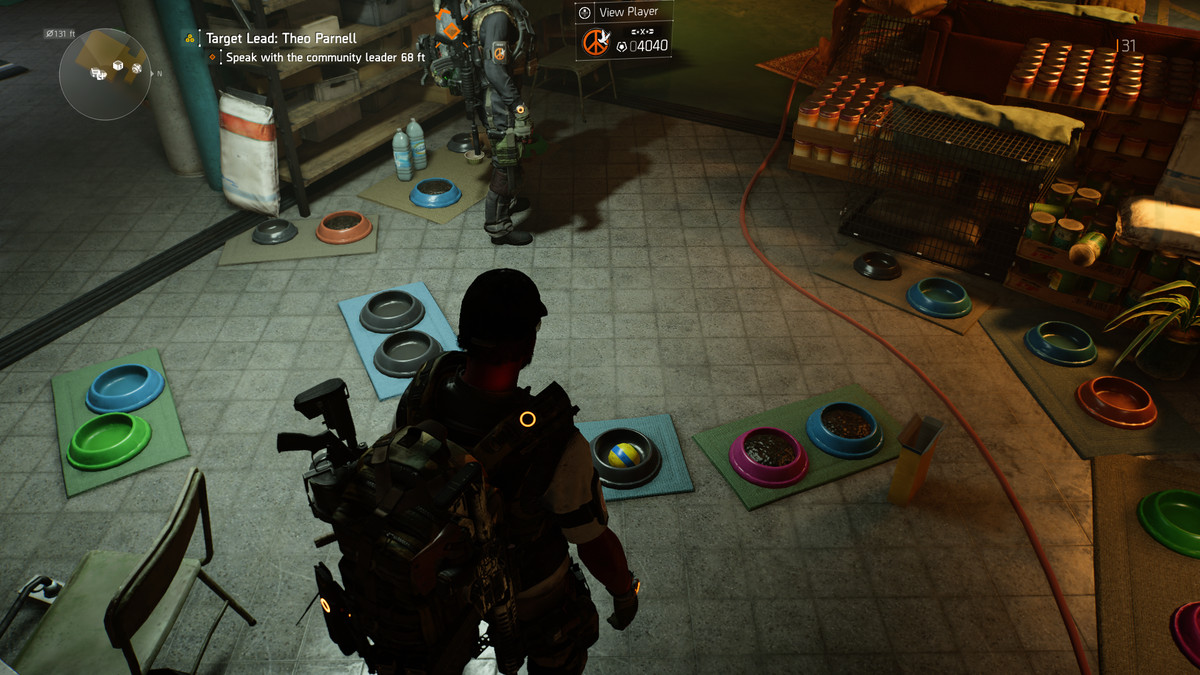 It might not be fancy, but the cats and dogs sure do feast in Civic Center’s ‘The Shelter’ safehouse.
Image: Massive Entertainment/Ubisoft via Polygon

None of the cats in there may be pet, however. For shame! Still, considering how mine scatter when I take out the recycling or fire up the vacuum cleaner, I’m not sure cats would be in the mood for a scratchy behind the ears or a belly rub from a robust, heavily armed individual with a backpack the size of a mini-fridge.

But the doggie in Haven (the first settlement) appears to be a German shepherd pup who can’t wait to grow up and go out on patrol. You may pet the good boy (or girl, can’t be sure), and in subsequent interactions, the dog will roll over, yap excitedly, or stick out a paw to shake. Awwwww.

Haven goes full-on Bambi with the animal cuddliness, pairing up a deer and a bunny around the entrance the player first crosses. (Fast-traveling to or spawning inside Haven puts players in a section further away.) Liberating Civic Center (finding SHD caches, resupplying a control point, and completing five random encounters) also offers “Animals” as an upgrade for Haven; I haven’t unlocked that yet, but evidently even more critters are on the way.

We’ll have more detailed impressions of Warlords of New York later. For now, our impressions of its canine interaction are that it is much more robust than Fortnite’s animation, good enough to rate inclusion in Can You Pet the Dog’s Twitter compendium. However, given Assassin’s Creed Origins’ history of cat-petting, we are disappointed by the lack of feline representation. Surely Massive could have rung up their pals at Ubisoft Montreal for some assets?