Spoilers ahead for The Matrix Resurrections

Agent Smith has always been my favourite thing about The Matrix. From his origins as a shackled, human-loathing agent of the machines, to his transformation into a vengeful self-replicating AI, he's one of the greatest villains in movie history. A big part of Smith's appeal is Hugo Weaving, an enormously charismatic Aussie character actor who brings something special to every role he inhabits—whether he's playing an elf in Lord of the Rings or a drag queen in Pricilla Queen of the Desert. There's an uncanny quality to Weaving's face, voice, and mannerisms that is perfect for a character like Smith. This digital entity walks and talks like a human, but is uncomfortable, and even disgusted, with the idea of being one.

Weaving portrays this inner turmoil perfectly, and you can tell he's having a great time playing the villain—especially in sequels Reloaded and Revolutions, where Smith breaks free from the control of his former masters and begins to shape his own destiny. Smith's famous 'humans are a virus' speech in the original Matrix is one of the best moments in the film. You can really sense the hate in his voice, and see it in his face, as he looms over Morpheus. He removes his shades to reveal a pair of glassy, piercing eyes, which rather than making him seem more human, only add to the feeling that he's the furthest thing from it. His performance in all three films is incredible, and a remarkable piece of casting.

At the end of the third film, The Matrix Revolutions, Neo finally defeats Agent Smith in an epic rain-soaked brawl. This was not the end of him, however. When Neo is resurrected by The Analyst in The Matrix Resurrections, Smith is revived too. How exactly this happens is unclear, but it's suggested that the strong link they share is part of it. "He is you," the Oracle told Neo in Revolutions. "Your opposite, your negative. The result of the equation trying to balance itself out." However, in The Analyst's newly built Matrix, Neo and Smith are no longer mortal enemies—they're business partners, albeit with a slightly rocky relationship. Neo is a world famous video game designer and Smith runs the company. 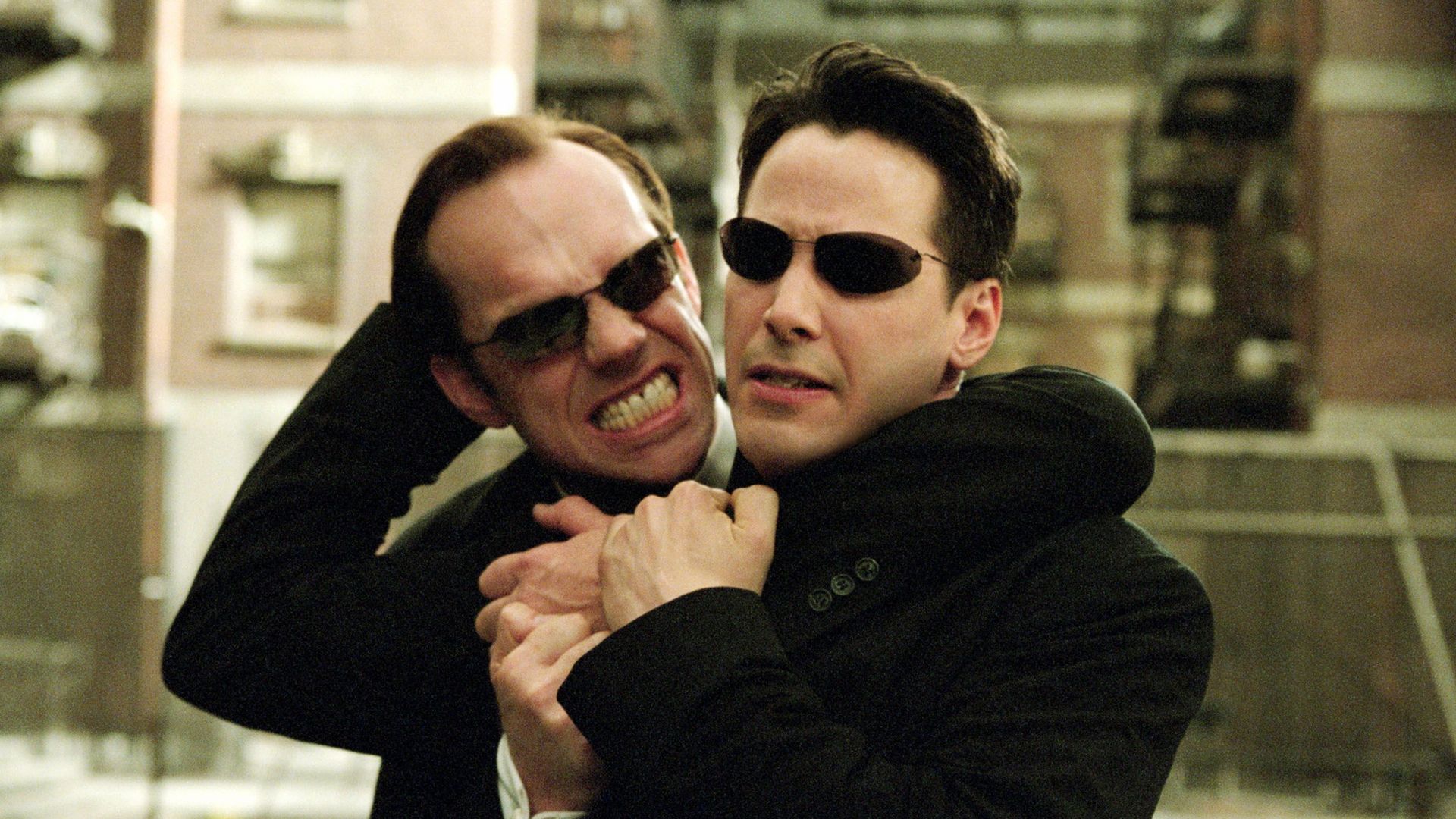 Hugo Weaving is nowhere to be found in Resurrections. Instead, this new version of Smith is played by Jonathan Groff—an actor and singer who is probably best known for his Tony-winning turn as King George III in Hamilton. Now, I have nothing against Groff. He's a talented actor and performer, and I love him as Holden Ford in Mindhunter. But his casting as Smith is one of The Matrix Resurrections' biggest missteps. He tries his best to channel Weaving, but it just never lands. He's too pretty and polished, with none of the cold, strange, reptilian menace that makes Smith such a charismatic villain. He just isn't weird enough, and wouldn't look out of place as the love interest in a Hallmark Christmas movie.

Groff is great at playing a slimy video game executive, but when Neo escapes his new prison and awakens Smith's insatiable desire for freedom, he just doesn't sell it. This isn't the wild-eyed, cackling Smith we saw in Revolutions, driven to a frenzy by power and loathing. It's a handsome Broadway actor pretending, unconvincingly, to be a bad guy. The chemistry Weaving and Keanu Reeves had together has also been lost in the recasting process. Whenever Neo is talking to the new Smith, I don't sense any of that burning rivalry or feel echoes of their stormy past. It's like he's talking to someone else entirely, which further dampens the impact of the character's return. I felt like I was listening to a bad cover version of a song I love. 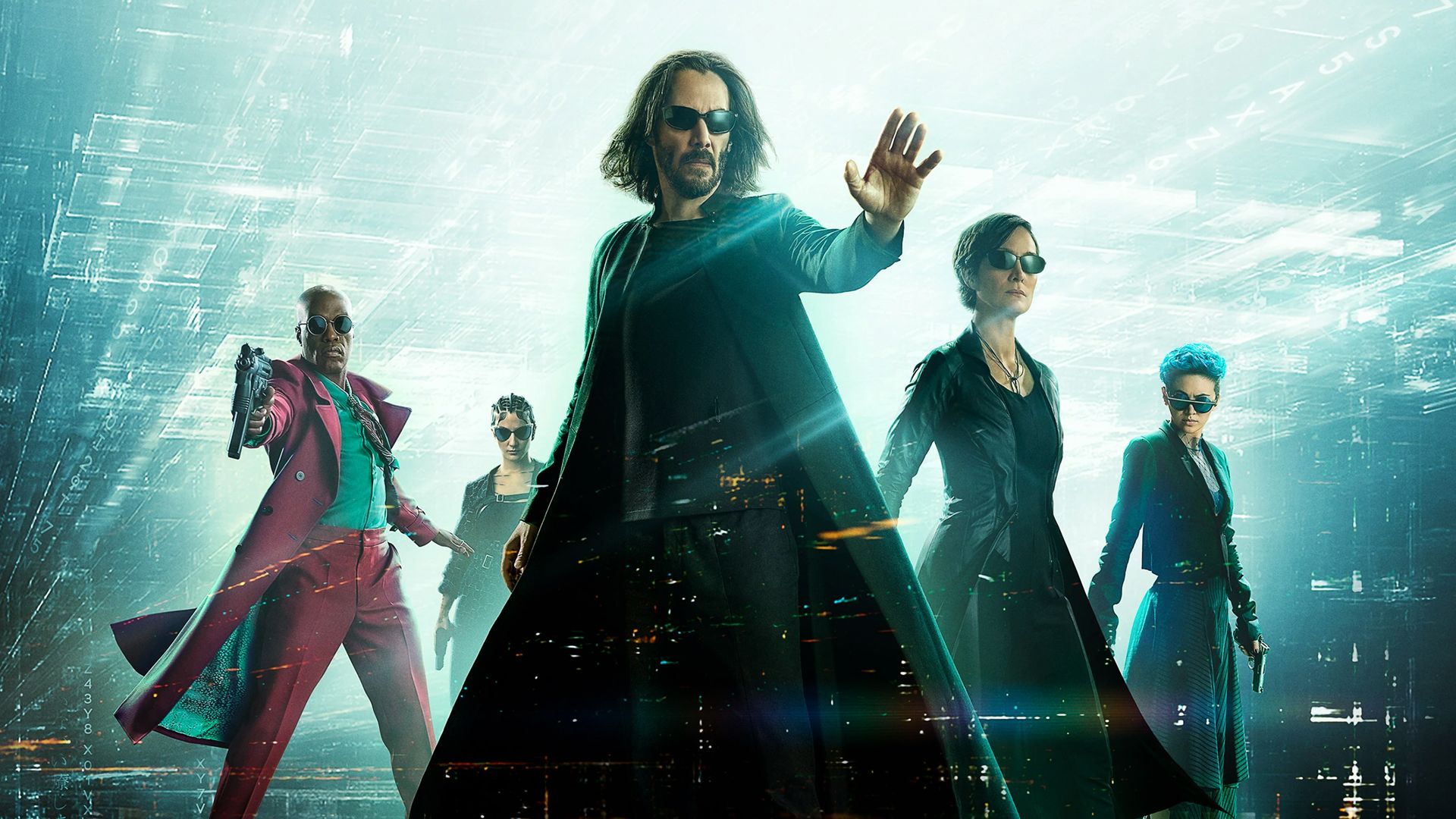 Resurrections ends with Smith unexpectedly helping Neo and Trinity defeat The Analyst. His fate is left ambiguous, but it's suggested that the temporary destruction of his puppet master has granted him a taste of the freedom he's long been lusting after. If there's another Matrix film, Smith will almost certainly return in some form. But despite playing an important role in the new film, I can't help but feel like the character is wasted. He's a glorified prison warden for most of it, keeping Neo locked in The Analyst's Matrix cell, suppressing his memories of the past. It's a hell of a demotion for a character that was once the series' primary antagonist. He can still dodge bullets, but he feels like a shadow of his former self.

I liked The Matrix Resurrections a lot, but with Smith's diminished presence and questionable recasting, I felt like a vital part of the series is missing. Smith has always been the dark heart of The Matrix for me, and I really missed Weaving being there and chewing the scenery with that immensely watchable, steely-eyed magnetism of his. I don't have a problem with recasting in general. Yahya Abdul-Mateen II is superb as the new Morpheus, bringing a perfect balance of gravitas and self-awareness to the role. But in casting Smith I really feel like they dropped the ball, and one of cinema's most memorable villains has suffered as a result.