Bubble Bobble is iconic – if you’re either a) old, b) a complete nerd, or c) Japanese. Yes, despite my own fond memories of playing Puzzle Bobble in my dingy Atlanta bowling alley as a kid, the franchise never really found its footing in North America. Which is a shame, as Bub and Bob are real cuties, and the central mechanical gimmick of the series is an endearing one.

So, then, I was happy and more than a bit surprised to see Bubble Bobble 4 Friends make its way to America. An evolution of the original, 4 Friends takes the concept and pushes it in a more action-heavy, run-based direction with a focus on multiplayer and replayability. The result is a game that’s a resounding success on a mechanical and stylistic level, but a bit of a bummer on the content front.

Toys In The Attic 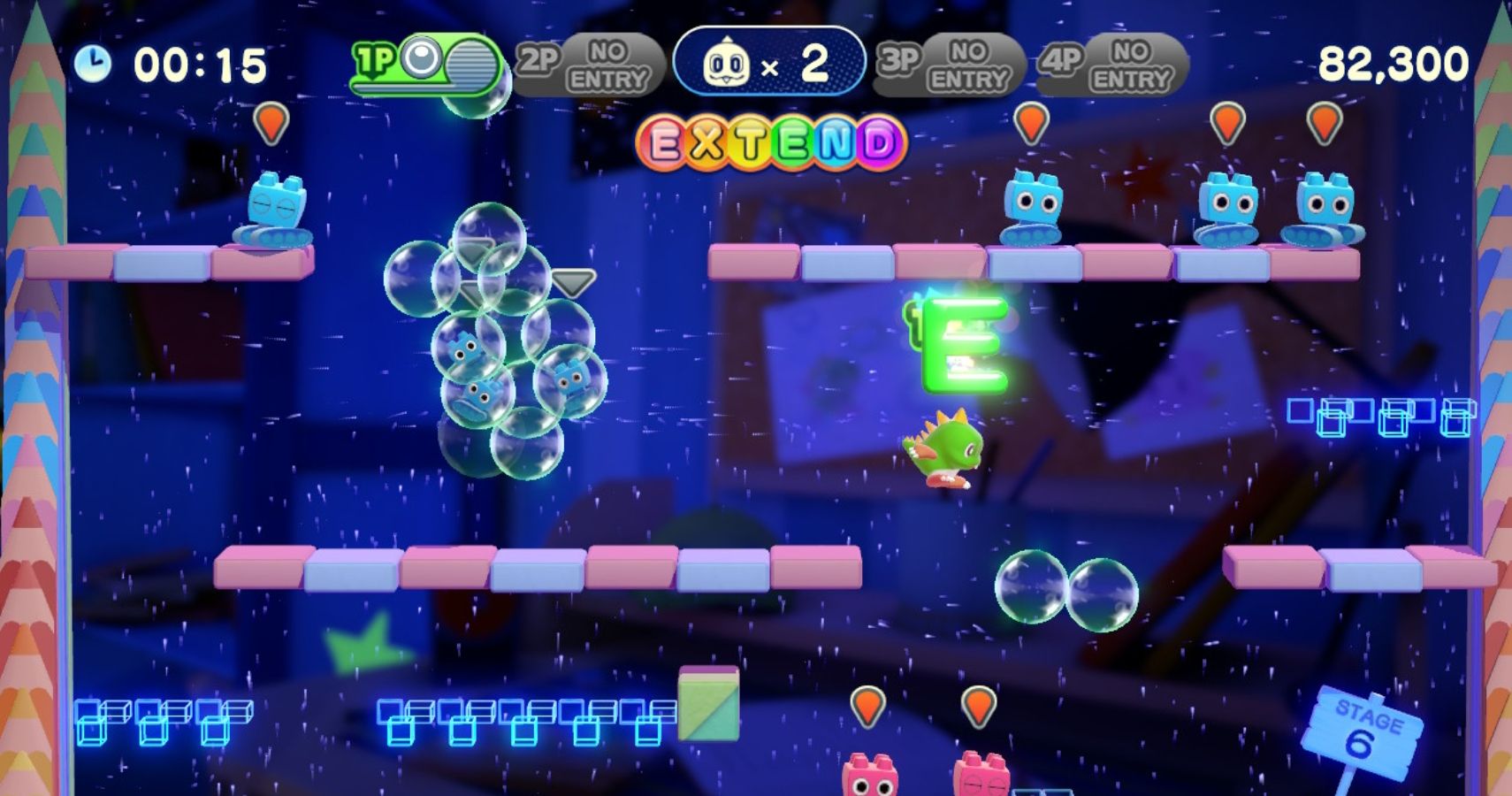 4 Friends mostly takes place in a child’s bedroom, with each level featuring lush 3D backdrops of the moonlit room. Everything about the aesthetics, including some of the character models, is reminiscent of different toys you might see a kid play with. Actual levels are comprised of building blocks, and some enemies look like Duplos. There’s not much of a narrative reason as to why, exactly, a magical doll is coming to life and terrorizing the existences of Bub, Bob, and gang, but there doesn’t really need to be.

The game’s main story mode can played solo or with up to four players. While I had a good little time playing solo, I’d say that multiplayer is where this game really shines. I didn’t get a chance to have four people playing at once, but the addition of even just one more person makes the kinetic, chaotic game even that much more fun.

One For The Control Freaks 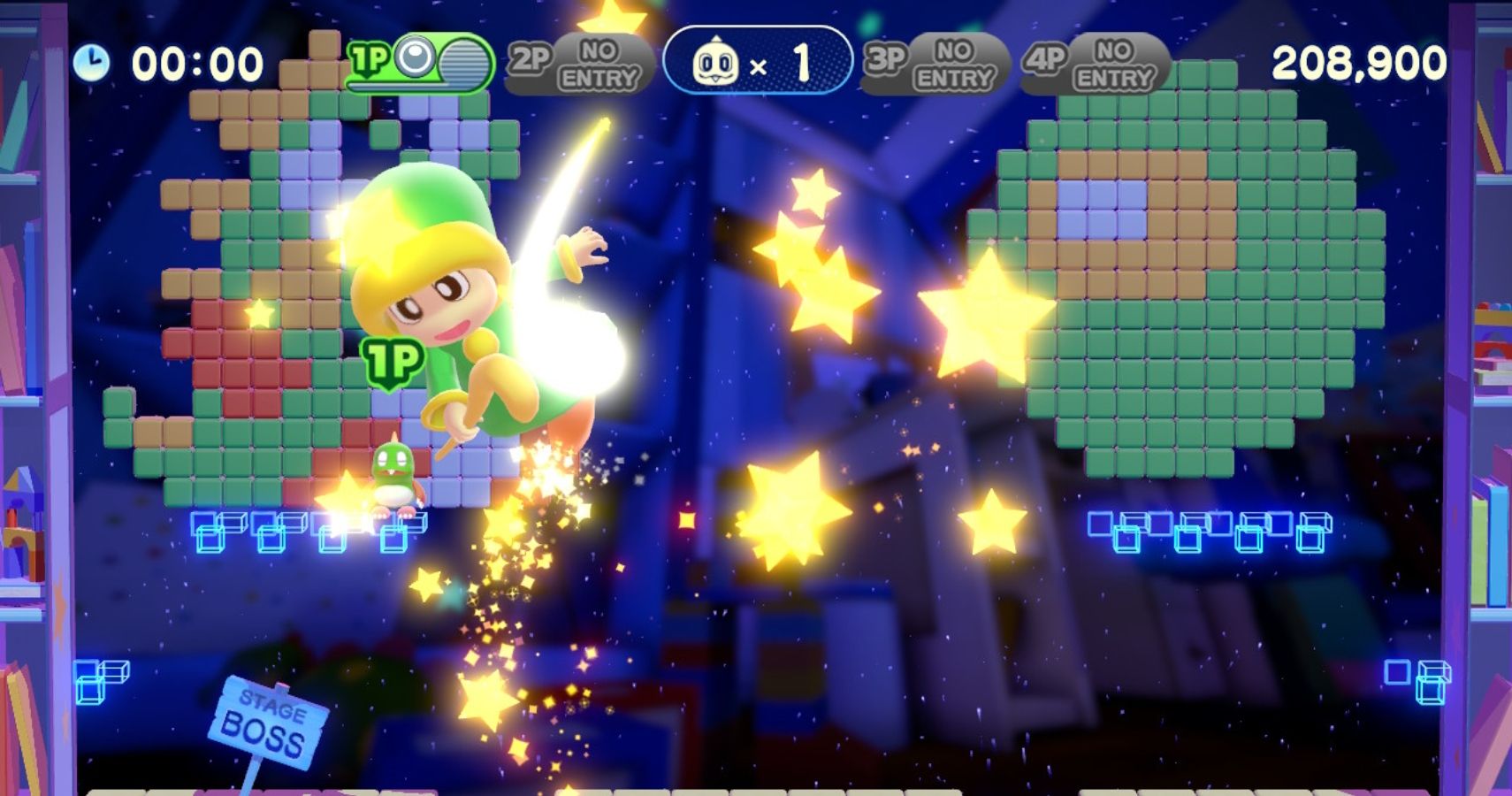 For those not in the know, the central Bubble Bobble formula involves platforming and spitting bubbles at monsters. Monsters get trapped in the bubbles, you pop those bubbles, and then you move on to the next level. It’s easy enough to grasp, but 4 Friends really pushes the limits of the formula. There’s a compelling combo system that incentivizes bubbling multiple enemies at once, then popping them for more points. That’s on top of the delicate platforming that often involves blowing bubbles and riding them up to higher platforms, and the timed nature of each level.

4 Friends is a project in which mechanics were clearly at the forefront of the developer’s vision. Every single movement that your little dinosaur friends can take feels intentional, from crawling to fall speed to air control. If you’re a fan of really mastering games, this game gives you the tools you need to succeed, and if not, it’s easy enough to pick up and play for fun. The closest comparison I can think of is Celeste, in that it carefully threads that needle between accessibility and depth.

4 Friends lives up to the stellar reputation of the Taito classics. Taito is a developer that made some of the most mechanically refined titles to come out of the 80s and early 90s – games which still stand the test of time on most fronts. This game carries that torch of quality game design into the 21st century with gusto.

A Tall Price To Pay 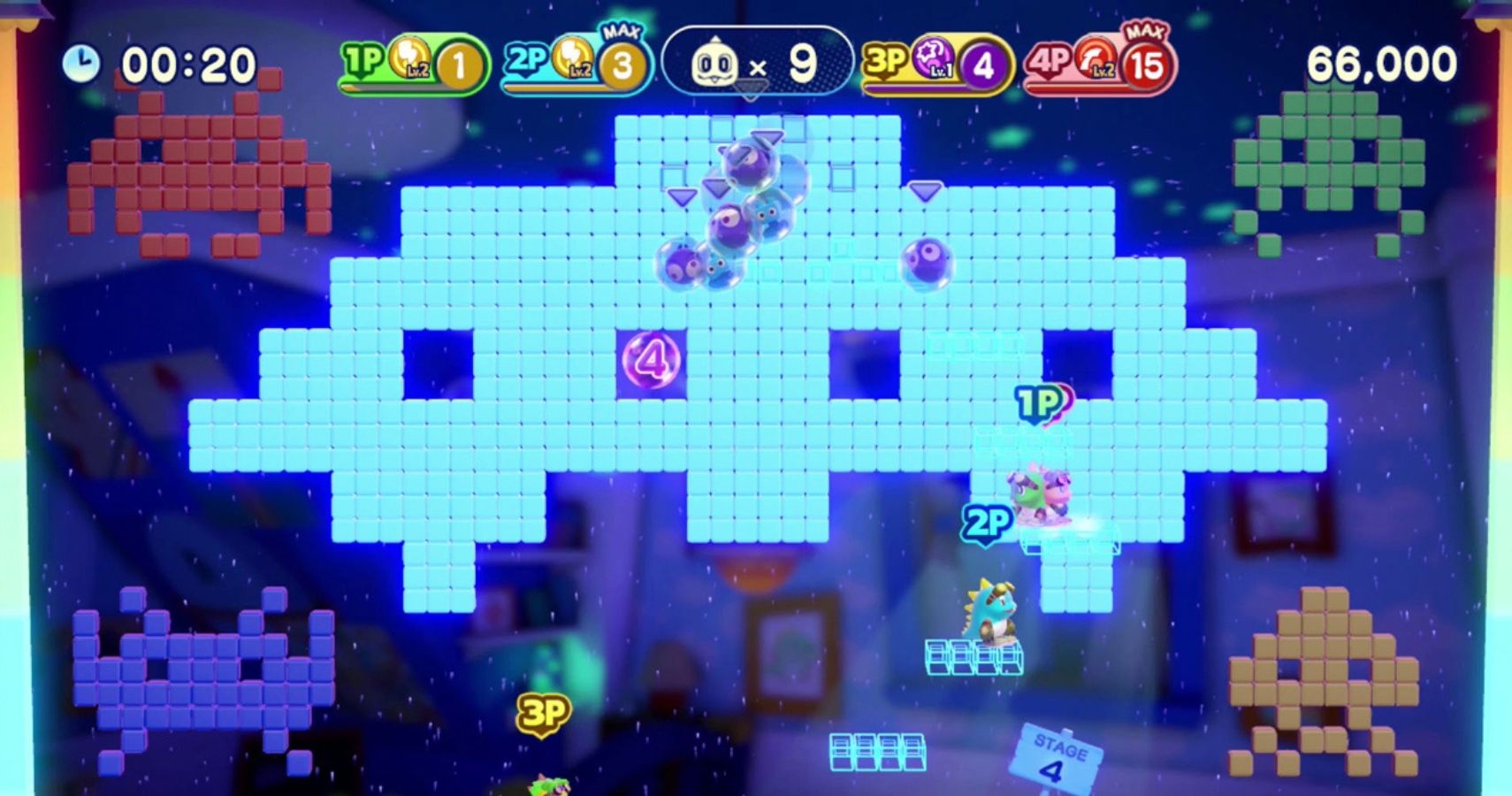 But is that worth the price tag? See, Bubble Bobble 4 Friends is forty bucks, and frankly, I’m not sure that’s going to sit right with a lot of people. Actually, it kind of doesn’t sit right with me.

Yes, this thing has plenty of replay value – especially with friends. But the whole game can be completed lickity split – it took me an hour-ish to play through all the levels, alone. Sure, they’re great levels, and sure, it also includes the original Bubble Bobble as a fun treat, but… that’s it? Forty bucks for an hour or two of gameplay, regardless of replay value or multiplayer features, is ridiculous.

I’m usually of the disposition that short bursts of exuberance and creativity trump multiple dozens of hours of Ubisoft paint-by-numbers design, but Bubble Bobble 4 Friends put that belief to the test. Because ultimately, I don’t believe what’s on offer here will be worth forty bucks for most people – especially if you’re not a die-hard fan of the series. 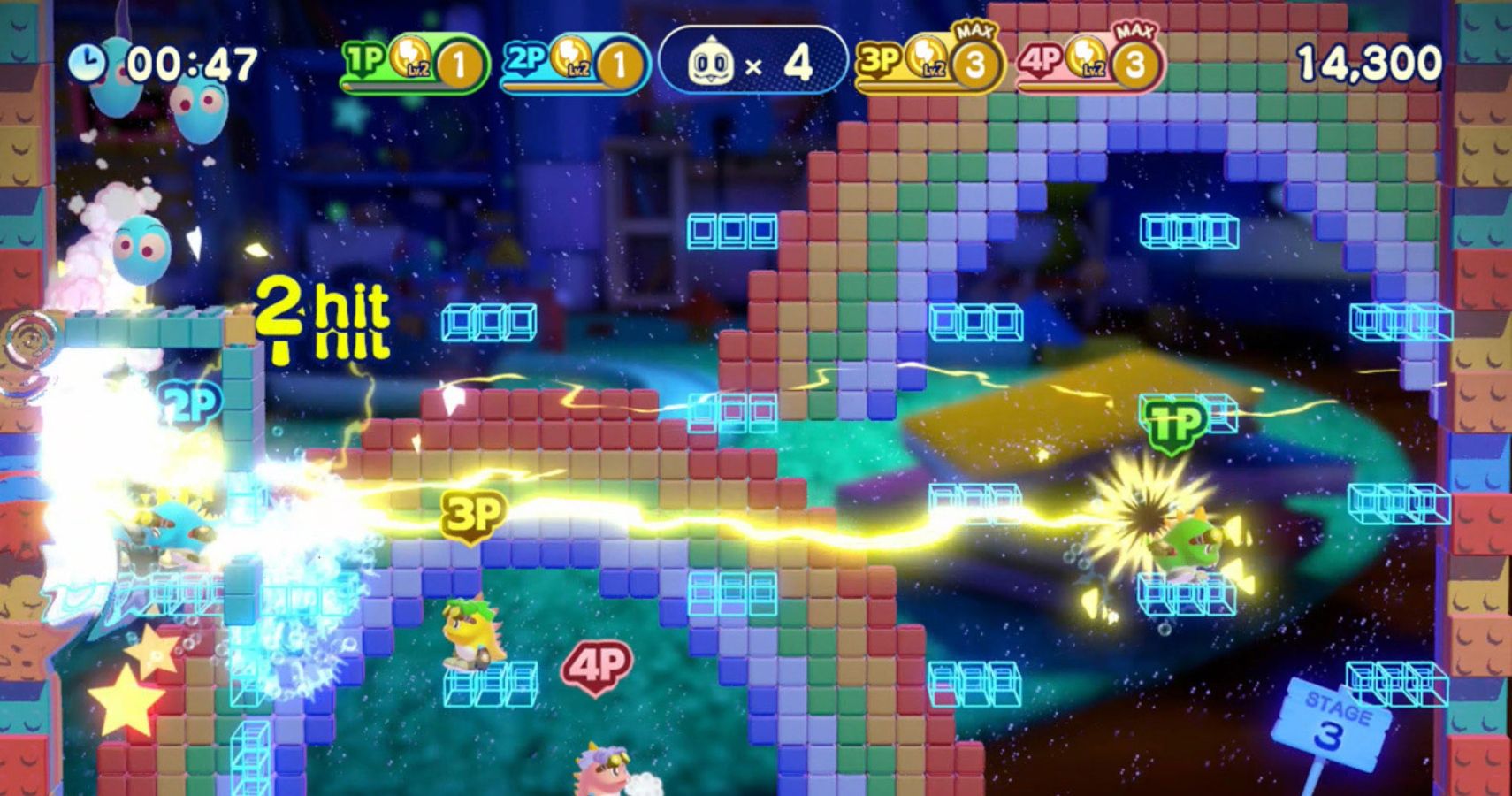 Where does this leave Bubble Bobble 4 Friends, then? It’s a great game that feels good, looks good, and has charm for days. But in this time of economic uncertainty, forty bucks for a video game is asking a lot, and if you’re going to charge that, you’d best be delivering.

But 4 Friends doesn’t deliver, at least not on the content front. This is a game that should have probably cost a little less or included a little more – either one or the other. Instead, it costs too much and has way too little to justify that price tag. It’s the classic monkey’s paw scenario – I finally got a great new Bubble Bobble, but there’s just not enough of it for the price.

So while I’d recommend Bubble Bobble 4 Friends, I’d recommend waiting for a price drop, even if you’re a longtime fan. United Games Entertainment GmbH really dropped the ball on this game’s price, and it’s pretty sad that I can’t give it my wholehearted recommendation because of that.