During the Riot Games 10 year anniversary event last October, the League of Legends developers announced 7 new titles with more on the way. Despite how frustrated all these game launchers make us, it’s already apparent there needs to be a Riot Games launcher to keep all these games in one place.

The Existing League Games Are Already Spread Out

At the time of the anniversary event, Riot had just 2 games: League of Legends, which until June 2019 was their only game, and Team Fight Tactics, the auto-battler spin-off of Auto Chess, the spin-off of Dota 2, the spin-off of Warcraft 3…I digress.

Both games can be played from the League of Legends launcher. In fact, switching between the games is as simple as clicking a different tab. The two games share the same cosmetic store account, meaning experience progress is consistent between both games. In many ways, TFT feels like a game mode within LoL, despite it being a different game entirely. 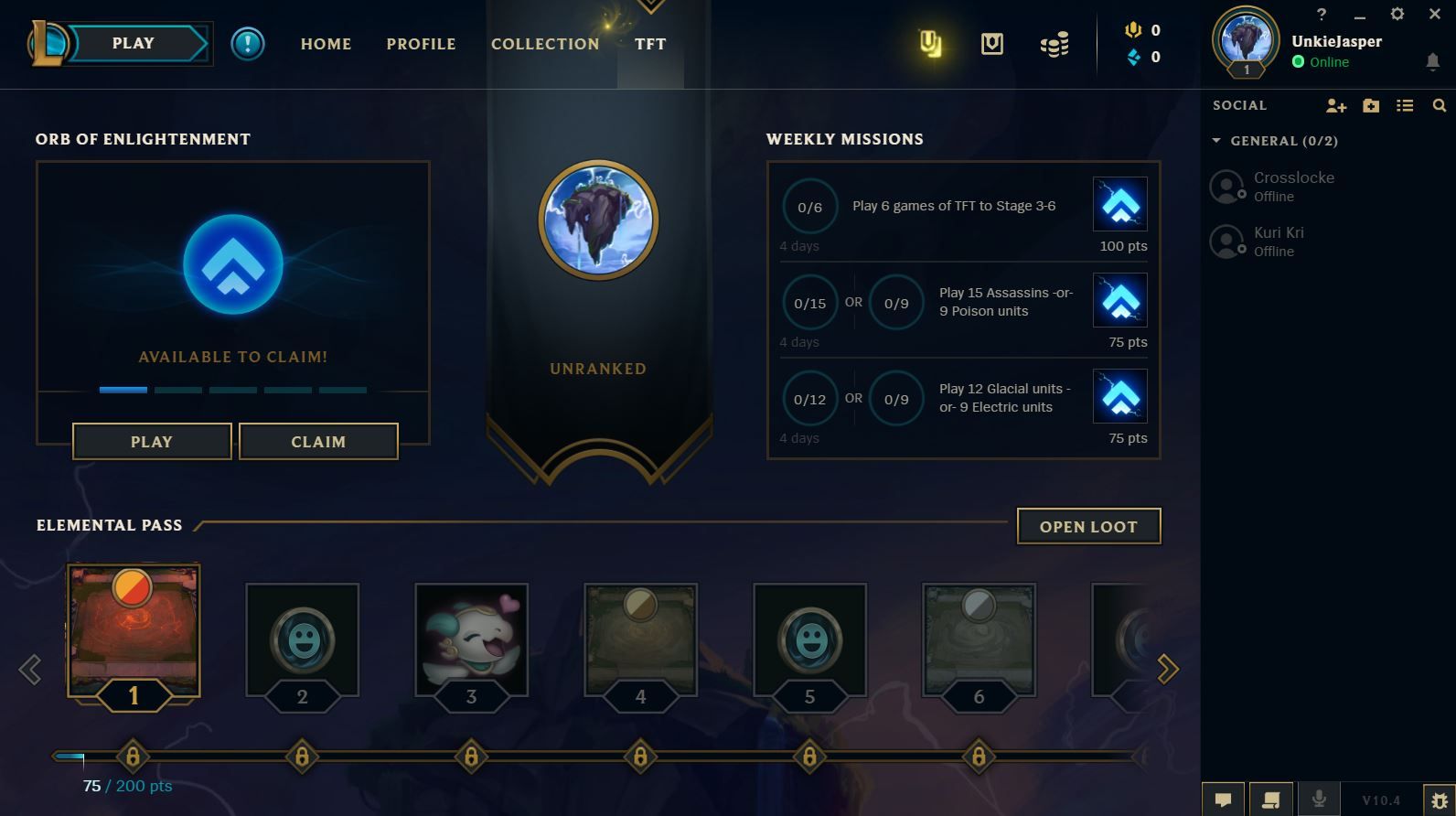 Then, last month, something gave us a collective headache. Legends of Runeterra, Riot’s card game based on LoL launched – but not in the LoL launcher like TFT, rather, in an entirely separate launcher just for Runeterra.

Launcher Fatigue Has Already Set In

No one can escape the apocalyptic wasteland of game launchers we find ourselves in today. No one thought Valve could pull it off 16 years ago when Half-Life 2 released alongside Steam, but now there are so many game launchers we’ve simply lost count. Here’s a list just off the top of my head:

It’s insane, and it’s only getting worse. Yes, we’re asking for yet another launcher from Riot. But at this point, doesn’t it just make sense?

In For A Penny, In For A Pound

Ideally, from a player perspective, League and Riot’s other 8 games would just be playable from an existing launcher like Steam. Clearly though, that isn’t going to happen, so we need to have a Riot Games launcher to consolidate all of there titles. 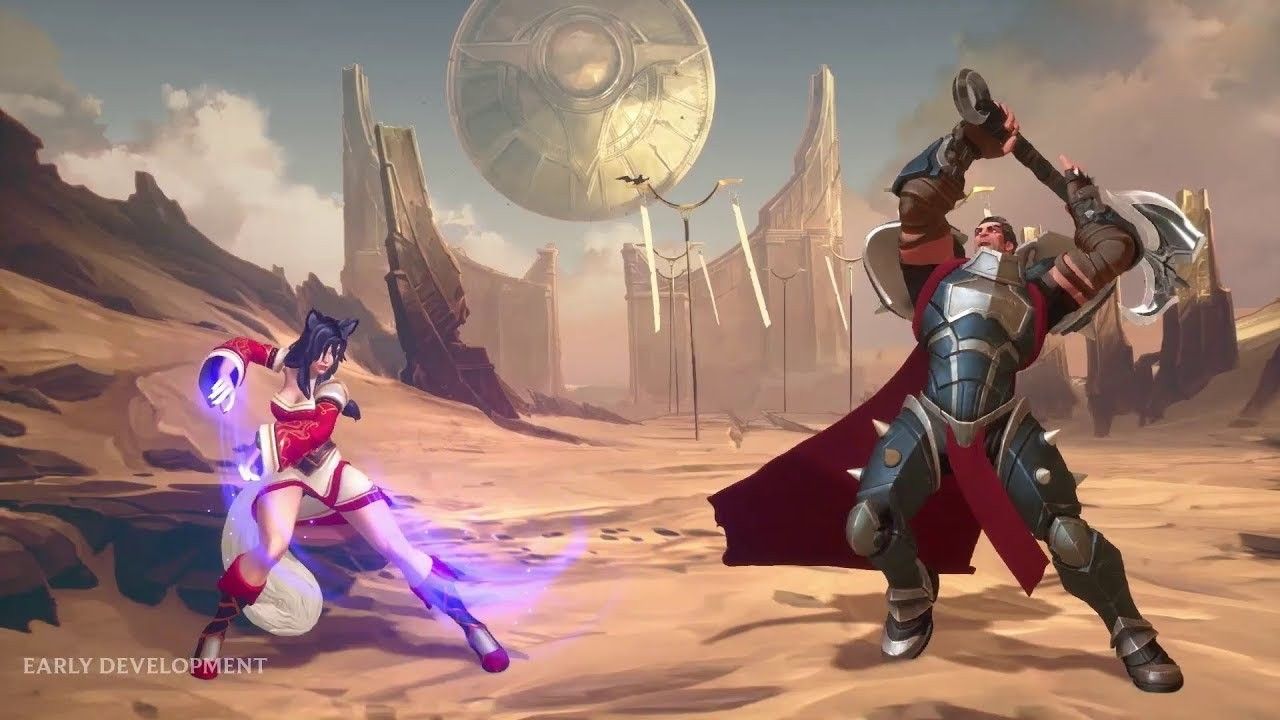 Right now, Riot has 2 launchers. What happens when they release their fighting game Project L, their shooter Project A, and whatever Project F is? Will there be a separate launcher for every game they release? I mean, two Riot games launchers are already too many, let alone half a dozen.

Riot Forge is the new publishing arm of Riot Games, working with 3rd party developers to publish even more games set in the League of Legends universe. There are already 2 games announced in development from Riot Forge: Ruined King, a turn-based RPG, and Conv/rgence, a single-player action platformer. 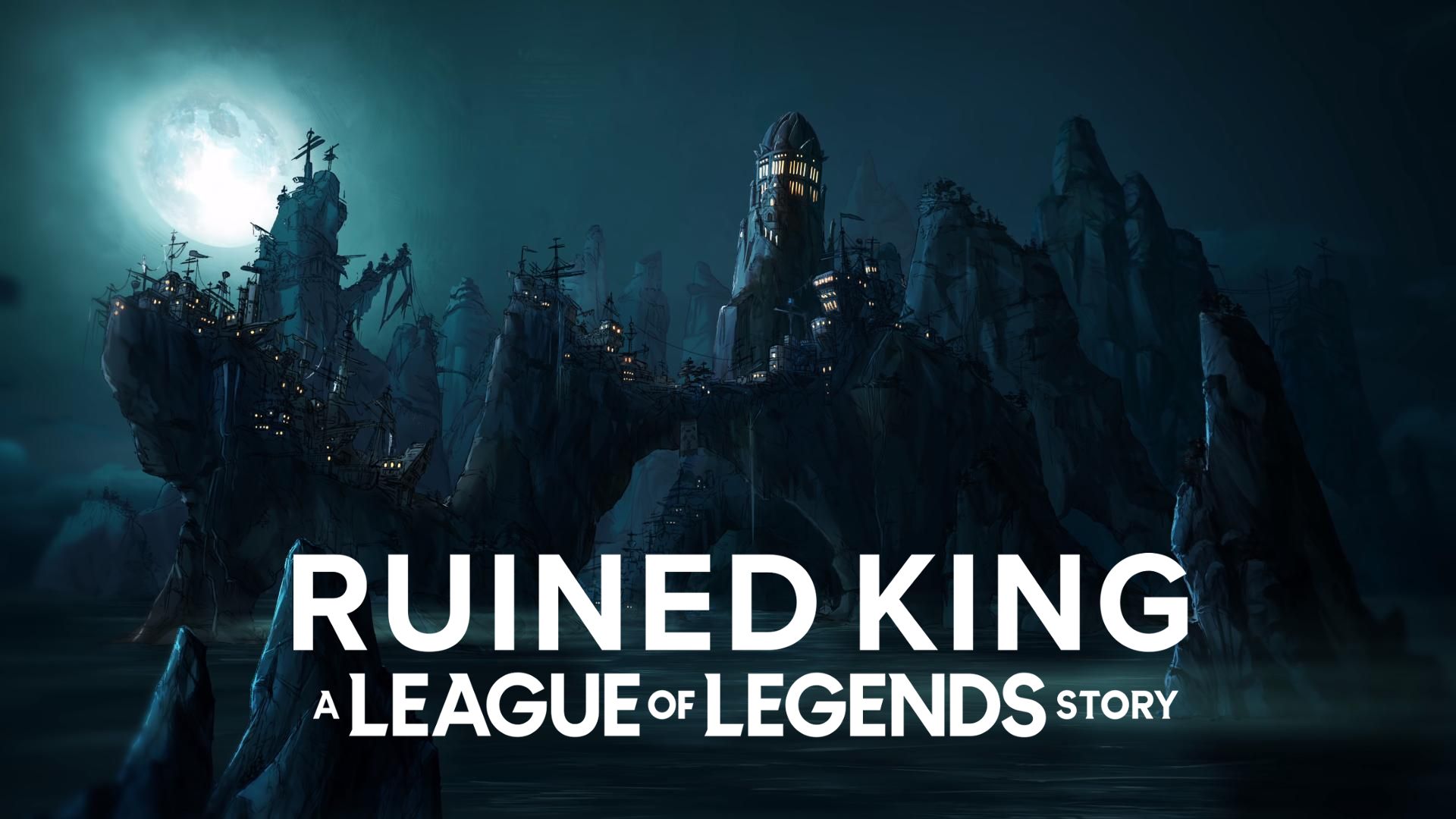 By the end of 2020, there’s a good chance we’ll have 8 or more different League of Legends games, and if they aren’t all in one place, I say we riot (pun intended)

A Riot Games launcher would have more visual and stylistic continuity than any other game launcher, including Blizzard’s Battle.Net. Imagine the meta-progression Riot could offer with all of their games in once place. You could earn account experience and unlock cosmetic upgrades to your launcher, similar to Steam’s backgrounds earned from crafting badges and trading cards.

Like Steam, Riot could run sales events, and like Battle.Net, Riot could cross-promote seasonal events and updates in all of their games from the launcher. It’s a win for players who want a convenient way to keep up with their favorite games and win for Riot Games when they trap all of us in their web of addictive f2p titles.

But Of Course, Riot Already Knows All Of This

We’re not naive, of course Riot already knows they need a launcher to consolidate all of their titles. The question is, where is it? If the release of Legends of Runeterra wasn’t the perfect opportunity to reveal their new game launcher, when is? 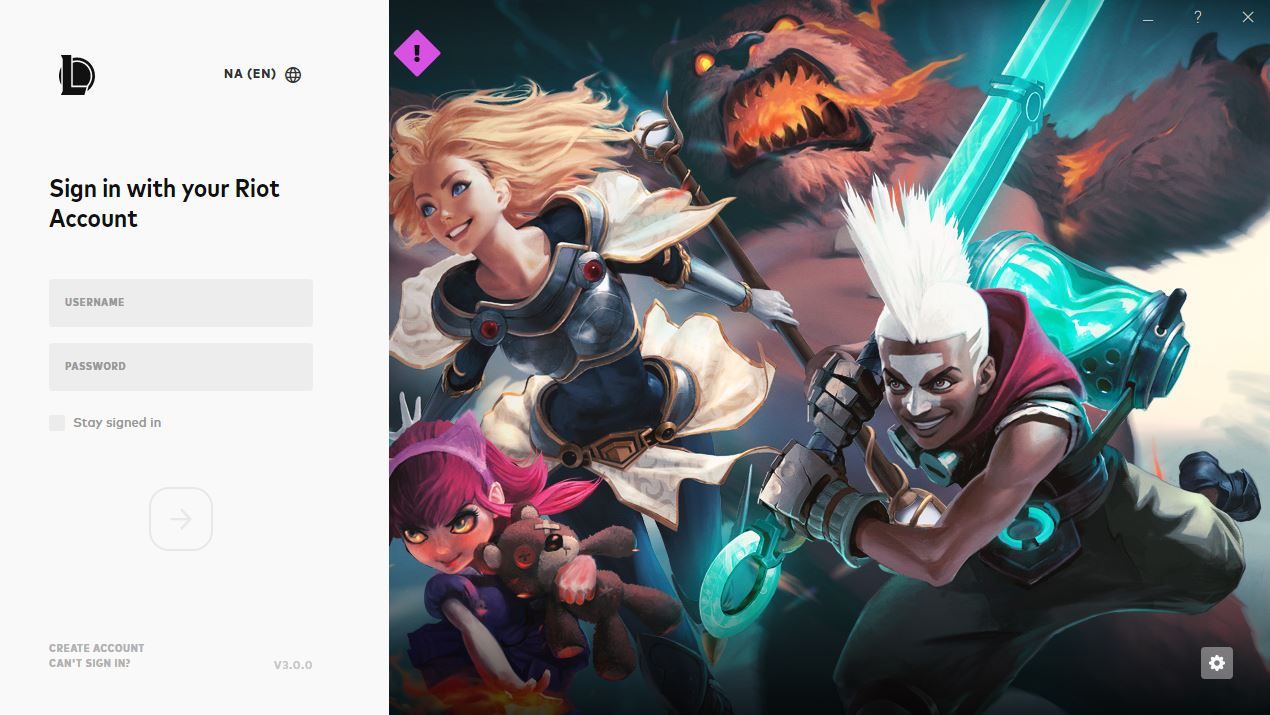 The current version of the LoL launcher certainly looks like the beginning of a Riot Games launcher: a Riot Games logo appears before a large login splash screen. Once you log in though, the only games you can play are League and Team Fight Tactics. Interestingly, the Legends of Runeterra launcher looks almost identical to the LoL one. Once logged in, though, it goes straight into Runeterra. 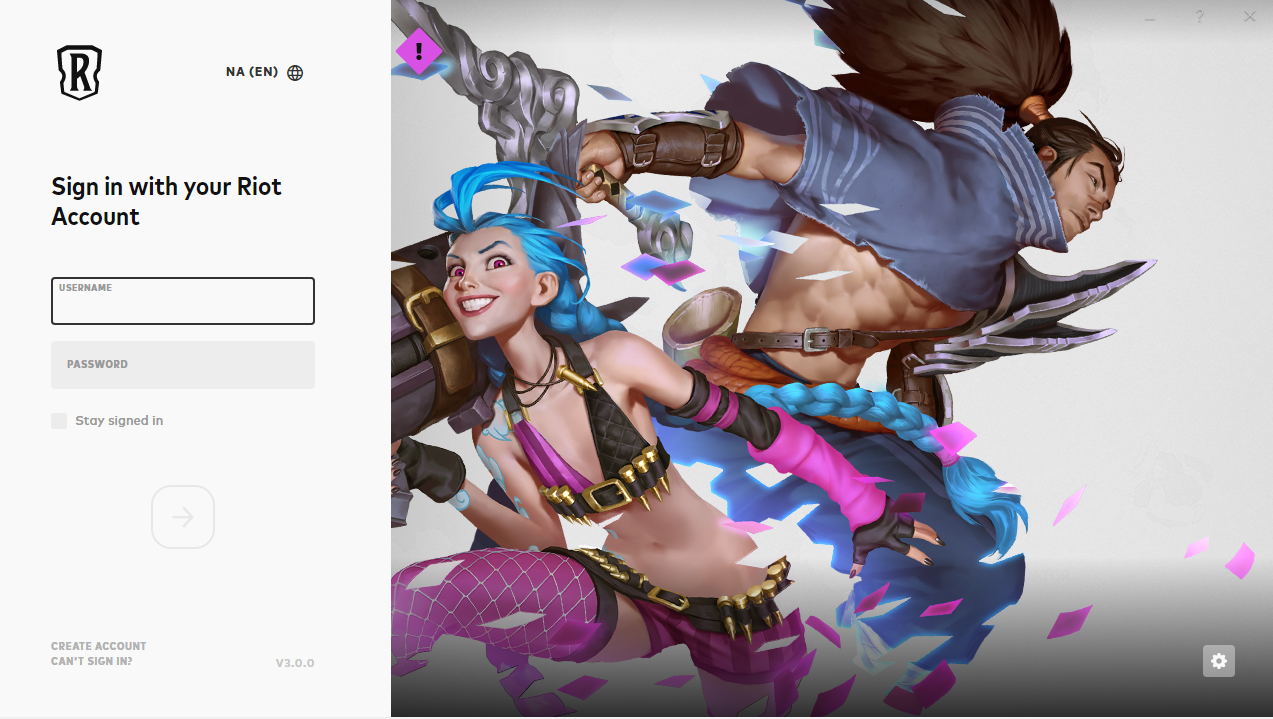 A Riot Games launcher seems inevitable at this point. Having it launch alongside Runeterra and evolve with the release of each new title would have been ideal, but perhaps Riot is taking a different approach to game launchers. Everyone seems desperate to jump on the game launcher bandwagon before it collapses under its own weight, is there a chance Riot is already 2 steps ahead, working on the future of game launcher technology?

I don’t know the answer, of course. I just don’t want to have to keep a folder called “Riot Games” on my desktop with 8 different shortcuts in it, because it makes me feel like an old man.