Originally released in 2016 for PC, the original Ego Protocol is described as an addictive “action-packed puzzle platformer.” This seems to be a bit of a generous description for everything other than the “puzzle” part, which comes on full-force in Ego Protocol: Remastered, available now for the Nintendo Switch. Ego Protocol: Remastered won’t appeal to the masses, but puzzle fanatics will have a blast with the game’s Rubix Cube-like challenges.

These (Robot) Boots Were Made For Walkin’

In Ego Protocol: Remastered, players are tasked with guiding a humanoid/robot through a maze of tiled corridors that need to be slid and shifted around so the character can reach the end. This is performed by the player manually clicking on each column tile to be shifted so that the humanoid can progress. Sounds easy enough, right? Don’t be fooled by the simple premise. Not only does the humanoid need to hit a switch in order to exit the level, as players progress through the 60 levels, gameplay becomes increasingly difficult through the addition of enemies and additional puzzle mechanics to keep players on their toes. 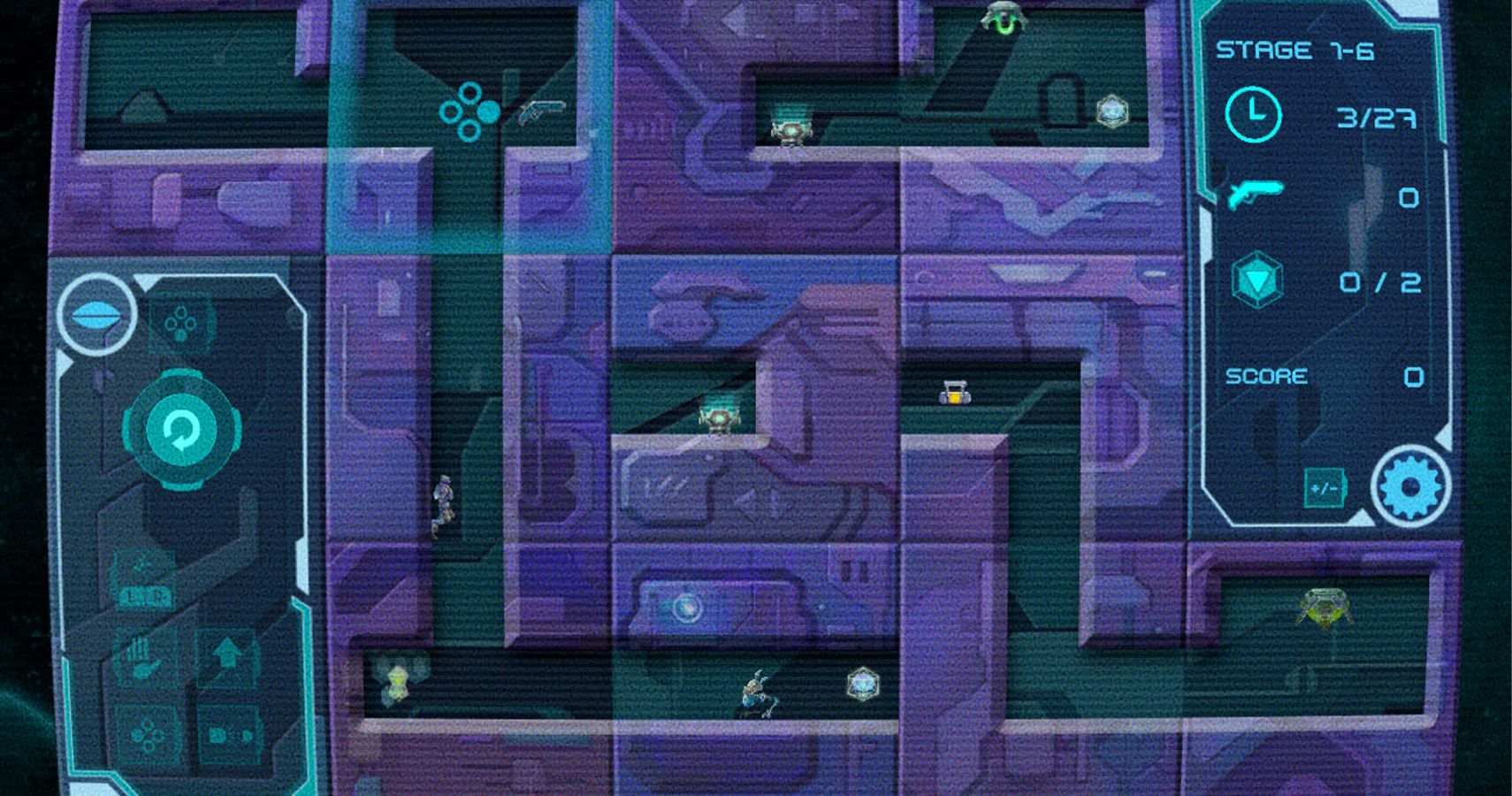 The overall name of the game is to get the humanoid from point A to point B in the least amount of time as possible. Fast clicks to manipulate tiles quickly allow for the humanoid to walk effortlessly between each area, lest it runs into a wall, resulting in walking back and forth until it can finally progress forward again. In later levels, the humanoid will encounter sentry guns, mines, trap doors, and other obstacles that need to be dealt with in a timely manner. Luckily, weapons can be picked up and used along the way to clear a path for the humanoid.

Star ratings depend on the quickness with which each level is completed, obviously with more stars being received for faster level runs. The game is hand-tailored for the speedrunning crowd, but caters to a more niche sub-crowd who really enjoy touching the screen. A lot.

Ego Protocol: Remastered is no platformer, at least not in the traditional sense. Players won’t be controlling a character themselves, running and jumping throughout each level. Rather, players are in control of the level itself as they shift tiles and columns to allow the humanoid to advance using either the Switch’s touchscreen or D-pad controls. As mentioned earlier, this mechanic is more along the lines of a digital Rubix Cube than it is a platformer. It’s a unique take for a puzzle game that will sit well with avid fans of puzzle games. Unfortunately, that’s probably the extent of players who will enjoy the game, as it’s just not a ton of fun to play otherwise. 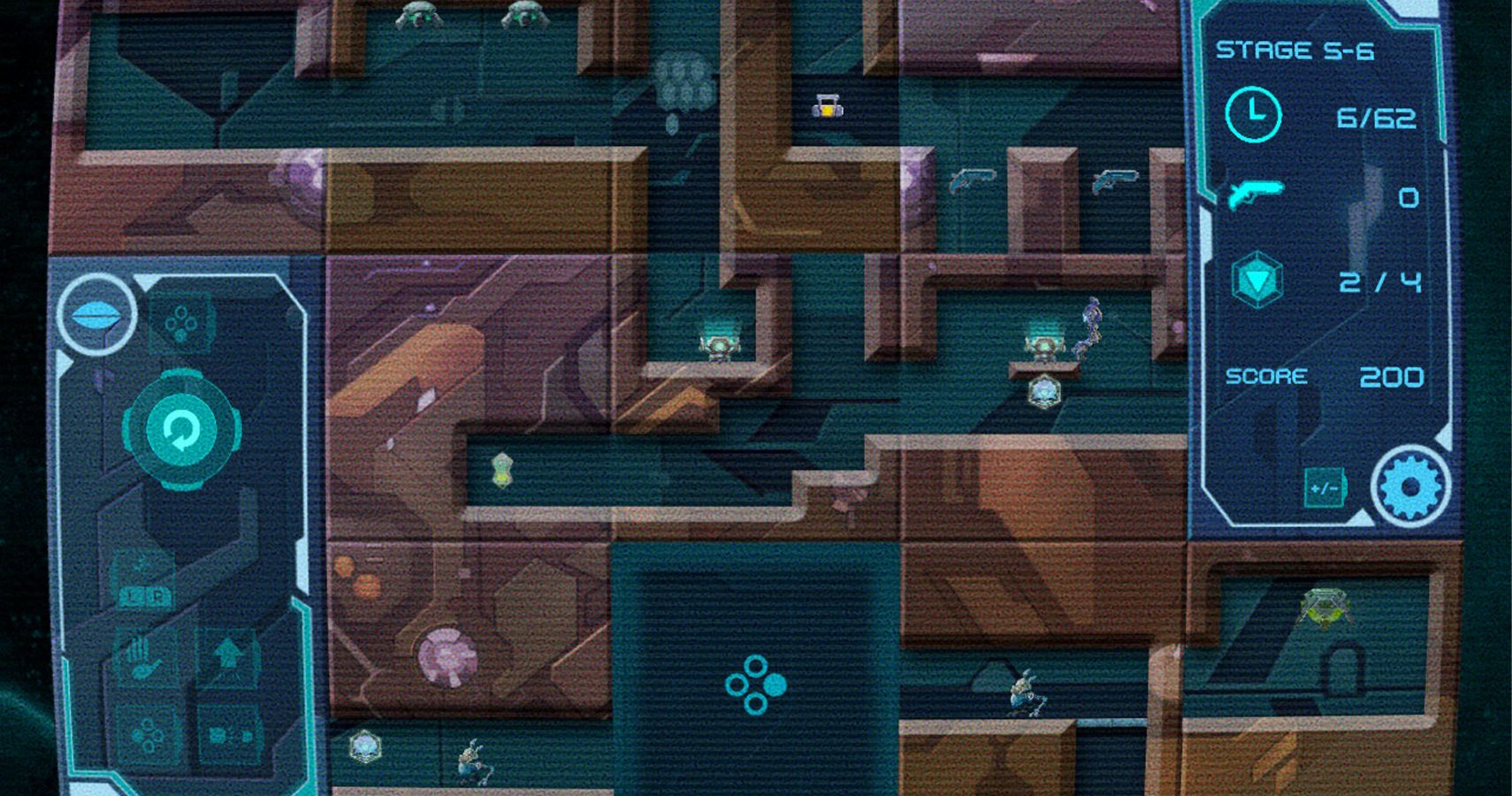 While a tutorial exists, I found it less tedious to skip over the content and jump straight into the game (though the decision to do so was mostly based on the fact that some of the tutorial levels were simply broken). I quickly picked up on the mechanics of the game and the need to plan many moves ahead to ensure a smooth walk for the humanoid.

Unfortunately, after only about ten levels, I was pretty bored. This isn’t necessarily the fault of the game itself. It more so has to do with the fact that it’s just not my type of game, especially on the Nintendo Switch. Additionally, Ego Protocol: Remastered looks and plays like a free-to-play mobile game that could be purchased if one were to want to remove the in-game ads. This is mostly just to say that it’s just not that impressive on Nintendo’s portable device.

That said, now that most gamers have plenty of time on our hands, they could do a lot worse than snagging Ego Protocol: Remastered on the Switch for its $4.99 price tag. It’s a great price considering the amount of levels available, so long as you are willing to experience a glorified mobile game on the Switch.