You trudge through the swamp, there’s an eerie save for your own splashing footsteps. A pungent smell fills the air as thick as the fog that seems to cling to you. With your Survival check, you feel that the missing child must have wandered this way.

Suddenly, you hear a loud thud. Then another. Something is coming towards you. Then, out of the mist, a large figure appears. It’s a shambling mound! Roll initiative–

“Oh, a shambling mound! Hey wizard, don’t use lightning on it! Lightning only heals it. Also, it can only move 20 ft., so be sure to use your full movement to stay out of its range or it will grab you. Also…”

As a DM, I’ve been there. You’ve probably been there, too. Dungeons & Dragons has an impressive bestiary drawn from decades of creation and five editions. However, some are so iconic that longtime players can write essays on them. While many are chill about it, there are a few glory hogs that love to trivialize combat encounters with their vast knowledge. How does a DM keep the mystery alive? Well, you can always buy this new Kickstarter book that gives you over 200 new creatures for your game. 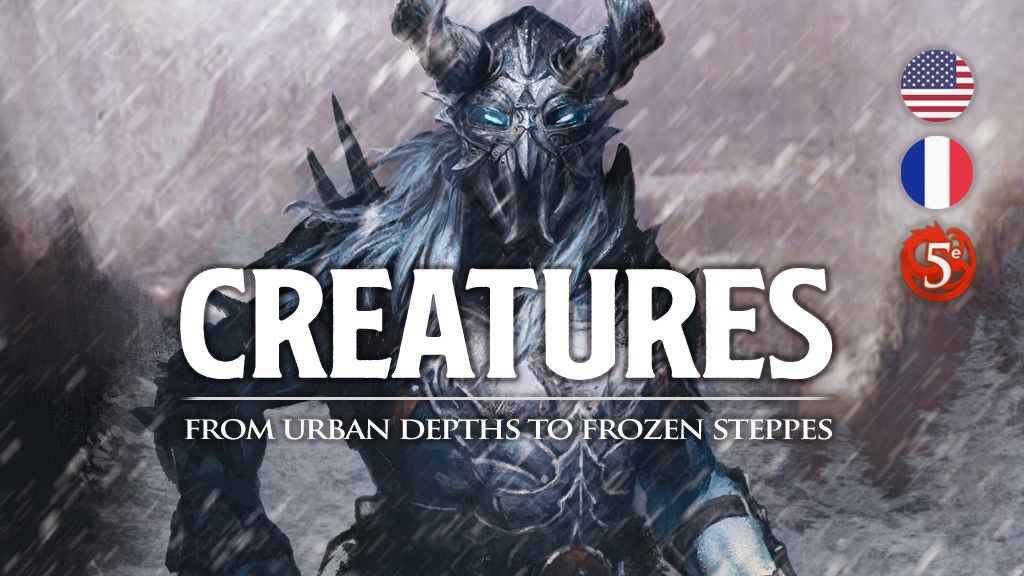 Creatures is the name of the book, which is currently crowdfunding via Kickstarter. The project has already smashed through its initial goal, and also unlocked a nice prize package of stretch goals. The main thrust of Creatures is to give D&D 5E players tons of new monsters to fight and NPCs to befriend. NPCs also come with quest hooks of all levels. Rounding out the offering will be six new playable species and a formula for creating your own monsters.

French RPG Studio Agate, the creators of Creatures, gave TheGamer an exclusive sneak peek. Allow us to introduce one of the higher-level beings found in creatures, a powerful celestial called Talsednae. 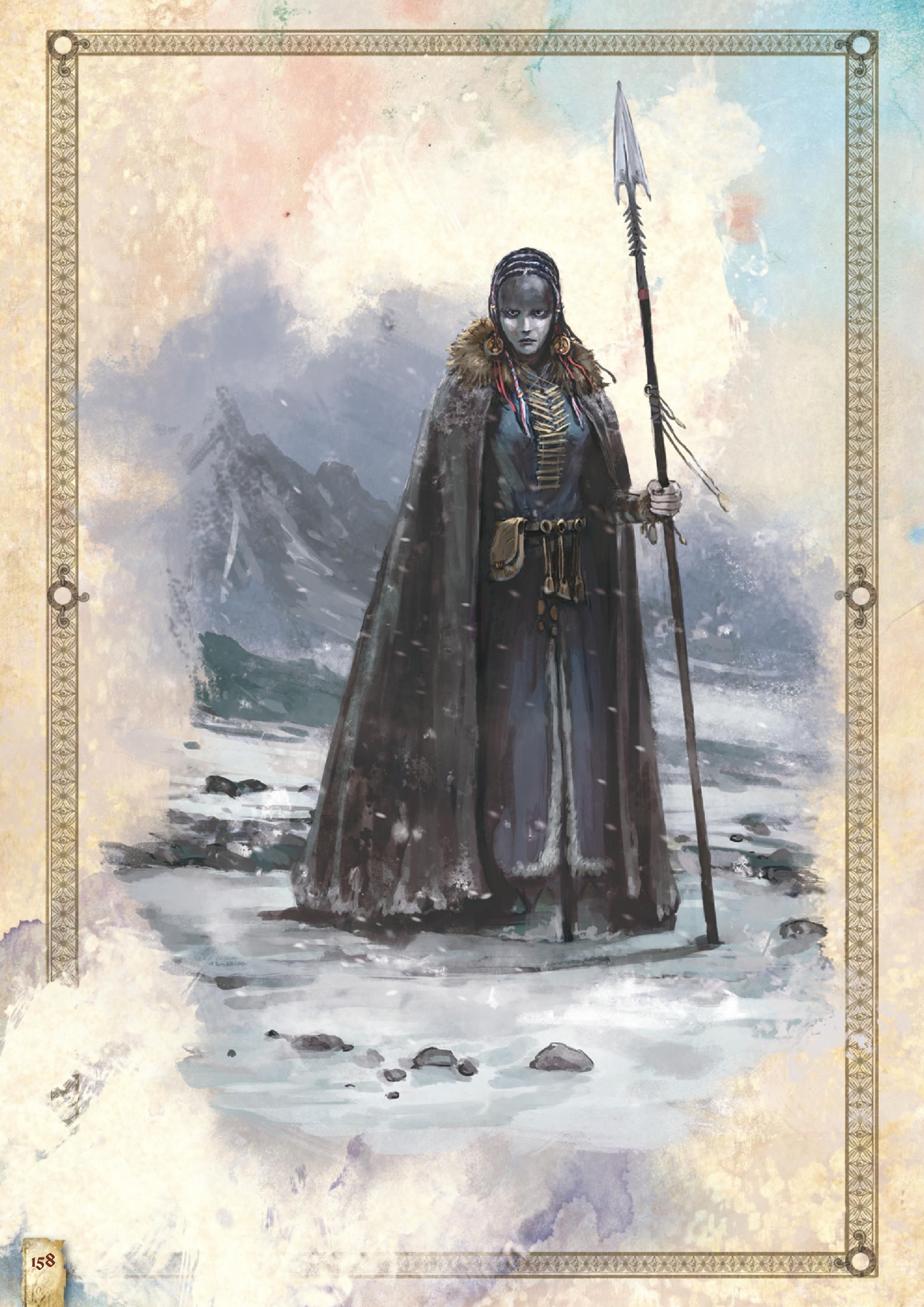 And of course, a nice bit of lore and a stat block: 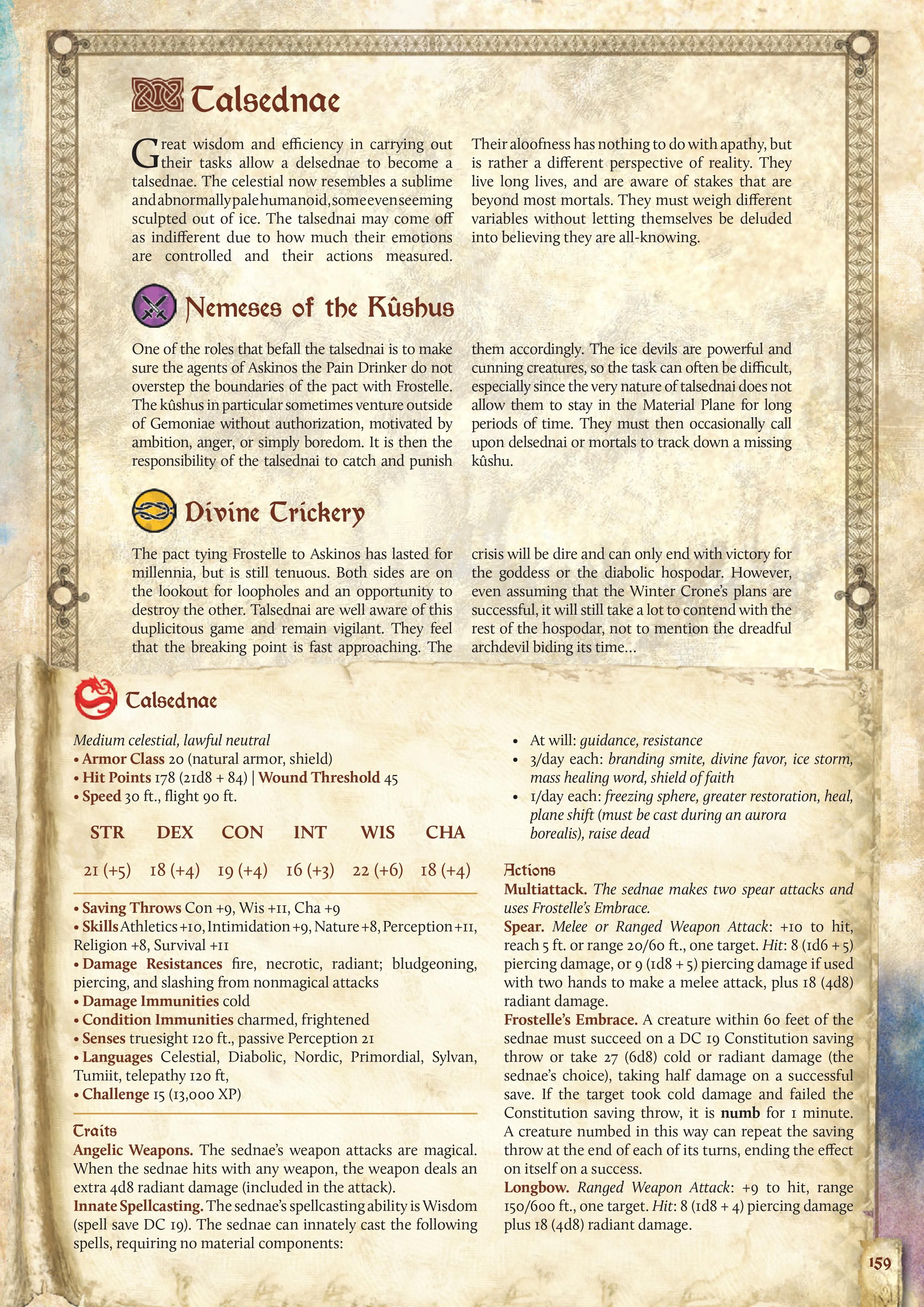 At first look, the talsednae present a powerful obstacle for an experienced party. Their innate spells hint that they’re servants of an ice goddess, making them great guest stars in the latest official adventure, Rime of the Frostmaiden. Or, given the fact that they oppose ice devils, the talsednae could be great allies to a good-aligned party. Given their ability to dish out bonus radiant damage and inflict the “numb” condition, players will probably want to stay on the talsednae’s good side.

But wait, what’s the numb condition? It’s not an official rule of D&D 5E, nor does the talsednae stat block describe it. Similarly, the talsednae has something called a “Wound Threshold” next to its HP. It seems that Creatures will pack some bonus stats and conditions to spice up 5E’s combat systems. Check out its Kickstarter page to learn more.

Creatures will close its campaign on October 2, and plans to ship digital copies in October 2020 and physical versions in February 2021.

Related posts:
10/01/2020 Reviews Comments Off on EXCLUSIVE: A New Frosty Foe Comes To D&D 5E As Part Of Creatures Book
Hot News
How Insomniac Refined Combat In Marvel's Spider-Man: Miles Morales
Ubisoft Connect Wants To Make Cross-Progression A Standard Moving Forward
Riders Republic Preorder Details: Price, Special Editions, And More
FIFA 21 – Spielen wie die Weekend-League-Profis, so gehts! – FIFA
Nerd Street Looks to Court Younger Demographic With Five Below Esports Venues
Recent Posts
This website uses cookies to improve your user experience and to provide you with advertisements that are relevant to your interests. By continuing to browse the site you are agreeing to our use of cookies.Ok