Final Fantasy 7 set a new benchmark for gaming in 1997. Not only did it introduce the JRPG genre to an entirely new audience, it was also one of the first games around that wasn’t afraid to engage in broad political and environmental themes in a way that forced us to ask questions, to analyse the impact corporations had on this virtual world as they slowly drained it of all conceivable life. It was a bad scene, and the remake builds upon its ideals to make a point about why all-powerful entities ruling over every aspect of our lives shouldn’t be welcome. To the contrary, they should be pushed back against, even if heroes need to sacrifice themselves to make change possible.

Such narrative themes are more relevant today than they’ve ever been, with our planet teetering on the edge of a climate crisis as political ideologies prove more divisive than ever. The future isn’t bright, but gamers will still deny that their favourite hobby can ever be perceived as political. As we’ve seen recently with Far Cry 6, developers are slowly willing to be more honest with their political inspirations, even if they require a bit of encouragement to finally commit to exploring such things. I’m sorry Johnny Gamer, but Metal Gear Solid has always been and always will be political – Kojima loves that shit.

Final Fantasy 7 never needed such a push, with Square Enix making it clear that you’re the bad guy, part of a terrorist group that the general public perceives as a menace that needs to be purged out of the system as they risk making a titanic shift in the status quo. The citizens of Midgar have become apathetic to their own miserable existence, so accustomed to living within their means and abiding by the rules set out by the power company that looms over them. If Shinra were to disappear, so would their livelihood, and the remake does a phenomenal job of exploring the everyday occurrences of the city’s many sectors and districts and how political change is desperately needed, but also universally feared.

Economic disparity is rife, with those willing to work for the company being given relative security and attractive homes, while the more unpredictable inhabitants are hurled into shanty towns and ruled over by militant security that wouldn’t hesitate to kill those who step out of line. You’re either with Shinra or against them, and finding yourself in the latter camp is a recipe for violent confrontation. So it becomes easier to simply exist under tyranny, following the rules and working for a living without rocking the boat. Cloud and Avalanche exist on the fringes, finding opportunities to make change even if it means blowing up reactors and killing innocents in the process. It’s a necessary sacrifice, and the game isn’t afraid to explore the ramifications of terrorism and the lives torn apart in the wake of progress.

But as Barrett would say – “The Planet’s dyin, Cloud!” – and you’re the only ones willing to do something about it. Given its technological restraints, the 1997 original only engaged with its political themes through brief snippets of dialogue and pre-rendered imagery, while the remake takes these storytelling elements and absolutely goes to town with them. Upon stepping out of the reactor’s wreckage, we are greeted with a cityscape populated with grieving family members and debris that has destroyed valuable storefronts and rendered the wider infrastructure useless. Some might walk forward to the next objective and ignore the plight that surrounds them, but I took my time. One citizen expressed worry about a family member who works in the doomed reactor, a person who has likely died in the chaos we’ve just wrought. It’s a necessary sacrifice for change, but one that could have been avoided, and Final Fantasy 7 places that guilt on your conscience and refuses to let it subside. 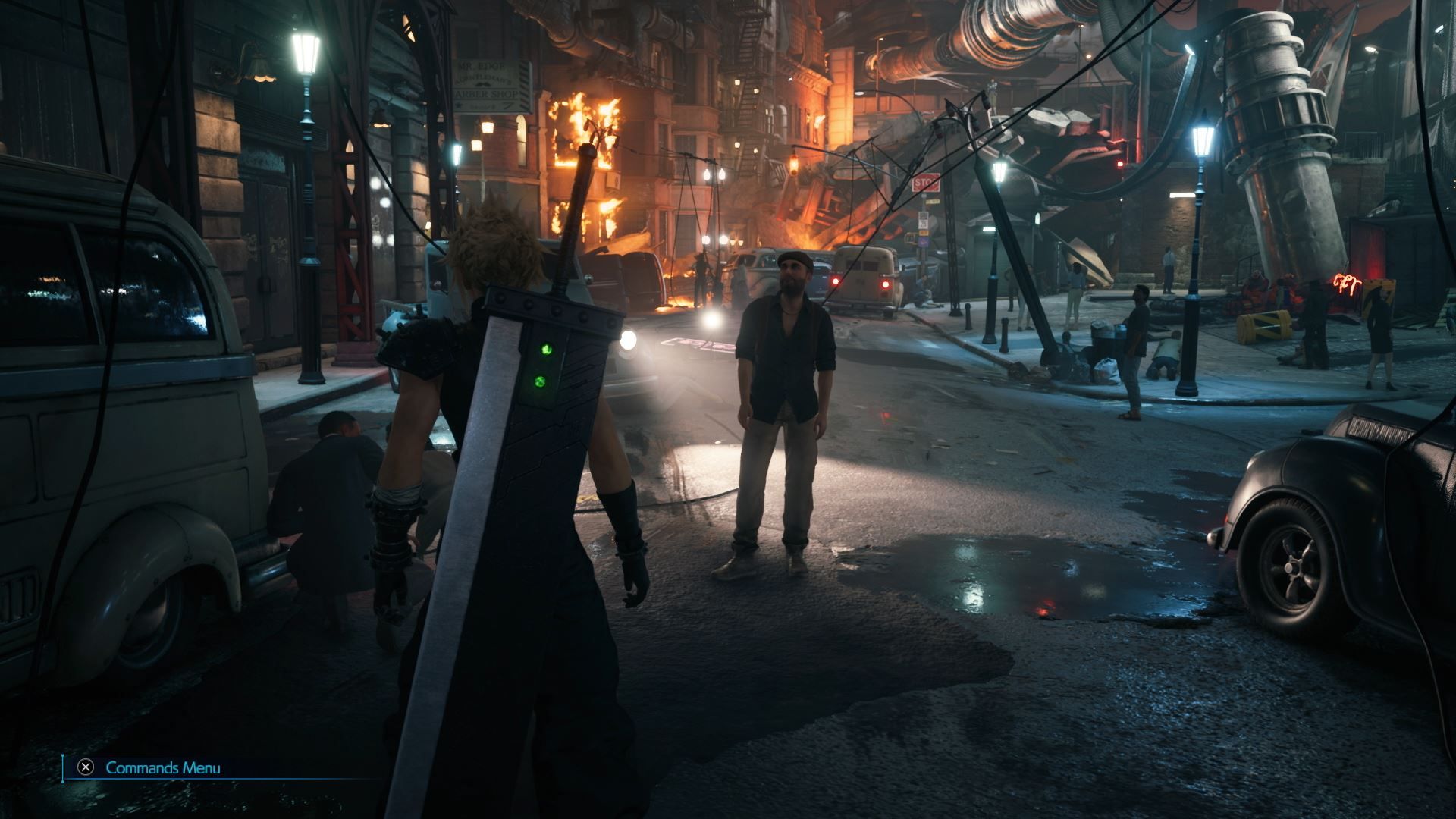 Even when the storyline inevitably descends into anime melodrama and seems to abandon the narrative structure of its progenitor, Final Fantasy 7 Remake always comes back to one single defining theme: saving the world from a greater power that cares about nothing but capitalistic greed. Shinra would kill millions if it meant securing profits, an outlook that would ultimately be its downfall as the very powers it sought to control would tear it apart. At least that’s how it went down in the original game – goodness knows what Square Enix has in store for the remake. However, that’s the most exciting part, and I hope the studio continues to hammer home the poignant political themes that define Final Fantasy 7 in a way it simply couldn’t all those years ago.

The sequel is opening the lore floodgates, poised to work Crisis Core, Advent Children, and Dirge of Cerberus into a single canonical narrative that also plans to abandon the original storyline in favour of something far more ambitious. I’ve already talked about how Aerith should survive in the next game, but the possibilities extend far beyond the prevention of a single tragedy. Square Enix will expand upon the locations beyond Midgar in a way we’ve never seen before, civilizations that aren’t defined by the fascistic whims of Shinra and have carved their own path in life with varying ideals and motivations. The politics here could be downright fascinating, providing a differing view on the global situation and how Cloud and company can go about tackling such obstacles. Cosmo Canyon, Nibelheim, and Junon Harbour are all so distinct, filled with stories to tell and ideologies to share that differ from everything we’ve seen in Midgar thus far. I can’t even picture how these places would look from a modern perspective, and that makes their inevitable arrival all the more exciting. 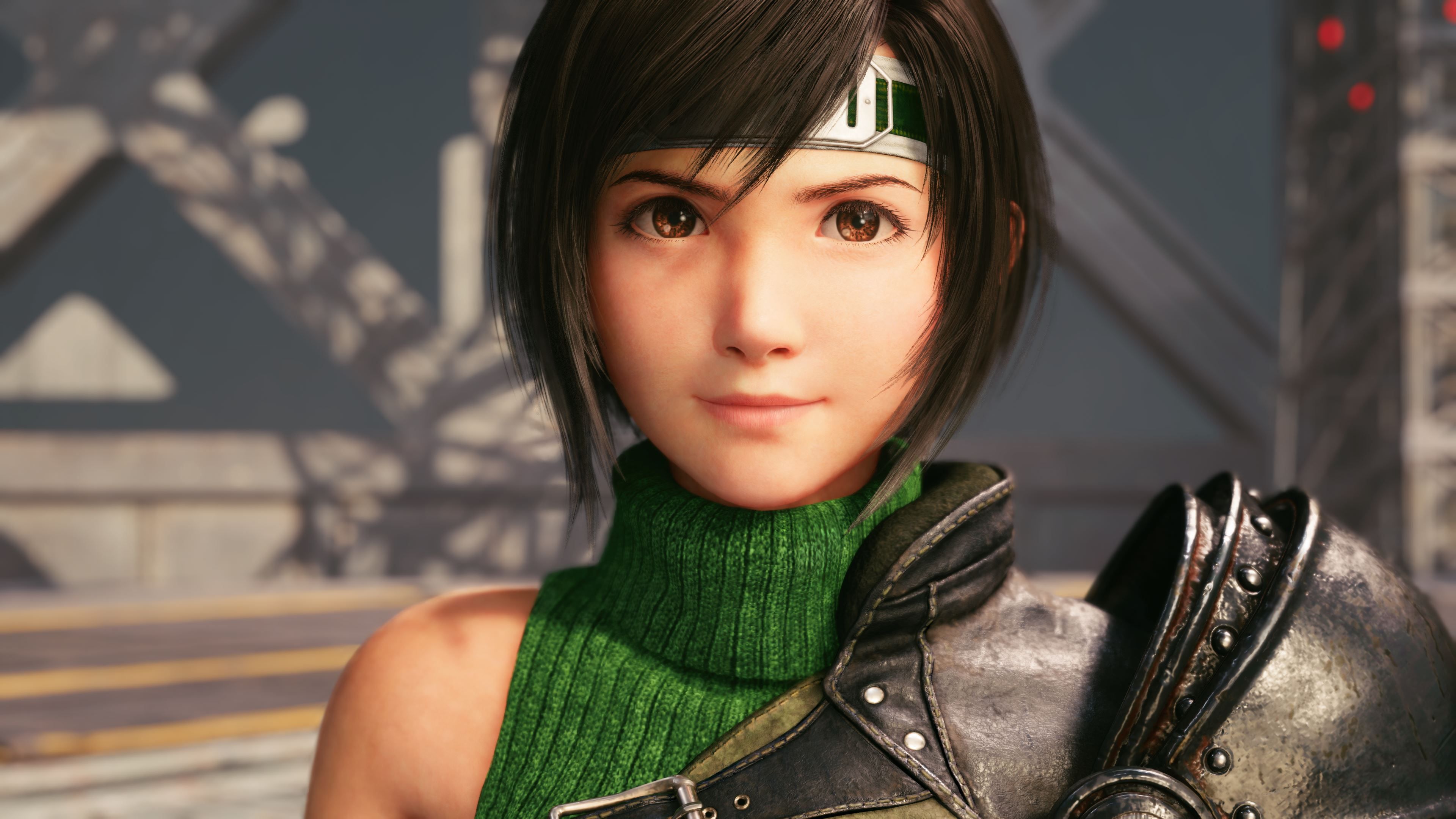 We could also see the opposite occur if the sequel decides to go all Kingdom Hearts on our asses with diverging timelines and universes, which I fear would dilute the simplistic story at Final Fantasy 7’s core. It’s a tale of overcoming evil and coming to terms with your own morality, accepting that where you come from doesn’t define who you are. It’s about the friends and found family you’ve met along the way, and the differences your actions have had on the world that will remain long after you’re gone. If this powerful message is twisted into timey-wimey bullshit I’ll be heartbroken, especially when the potential left behind by Remake’s ending is almost endless if Square Enix can stick the landing. We’ll have to wait and see, but I’m confident – perhaps even more so with Intergrade introducing new characters and cultures that were once optional but now have a permanent place in the wider canon.

As Final Fantasy 7 saw the series step into the modern era, so did its politics. The team at Squaresoft looked at our reality and where it was going and painted a futuristic picture of where such untouched greed could lead us. Corporations twist the political narrative to fit their own goals, painting the righteous as problematic rebels who the populace shouldn’t put up with. Avalanche is one such nuisance, a cockroach under the foot of Shinra that is snuffed out without a second thought. But defeat after defeat doesn’t deter it, only strengthening its will to make a difference and fight back against those who are ignorantly pulling the planet towards its premature destruction. I want Final Fantasy 7 Remake 2 to lean into this direction as much as possible, juggling an impactful central message with fantastic character moments that push this universe further than it’s ever gone before.