Jaraslov Meloun is a solo indie developer with a mission: to make video games that teach people empathy and compassion, without resorting to violence or coercion.

“In 2012, I went to Japan with my wife,” Meloun tells me. “One of the places that we wanted to visit was [the] Hiroshima Peace Memorial. It's a place designed as a universal call for peace. We knew that the visit would be emotional, but it was much heavier and much more demanding – emotionally – than we expected. I come from a relatively peaceful country and I grew up in peaceful times, so seeing war described so up close was a shock for me. And also the realisation of what humanity is capable of doing. It's something that I like to not be part of.

“Since games are my main outlet, my channel of creativity, something that I communicate with the world through – both by consuming and then by making them – I took a personal vow to stop playing games that promote violence and contain it in some way that is not critical. It changed my view on games. I realised that games shape our thinking. For me, it's a medium of learning. Whatever you do in the game trains you in certain skills. Especially in our current situation, it is apparent that what we need is empathy and kindness. I know I won't change the world, but I think I can just work in a small corner and make a few kind things and make a few people nicer to each other.” 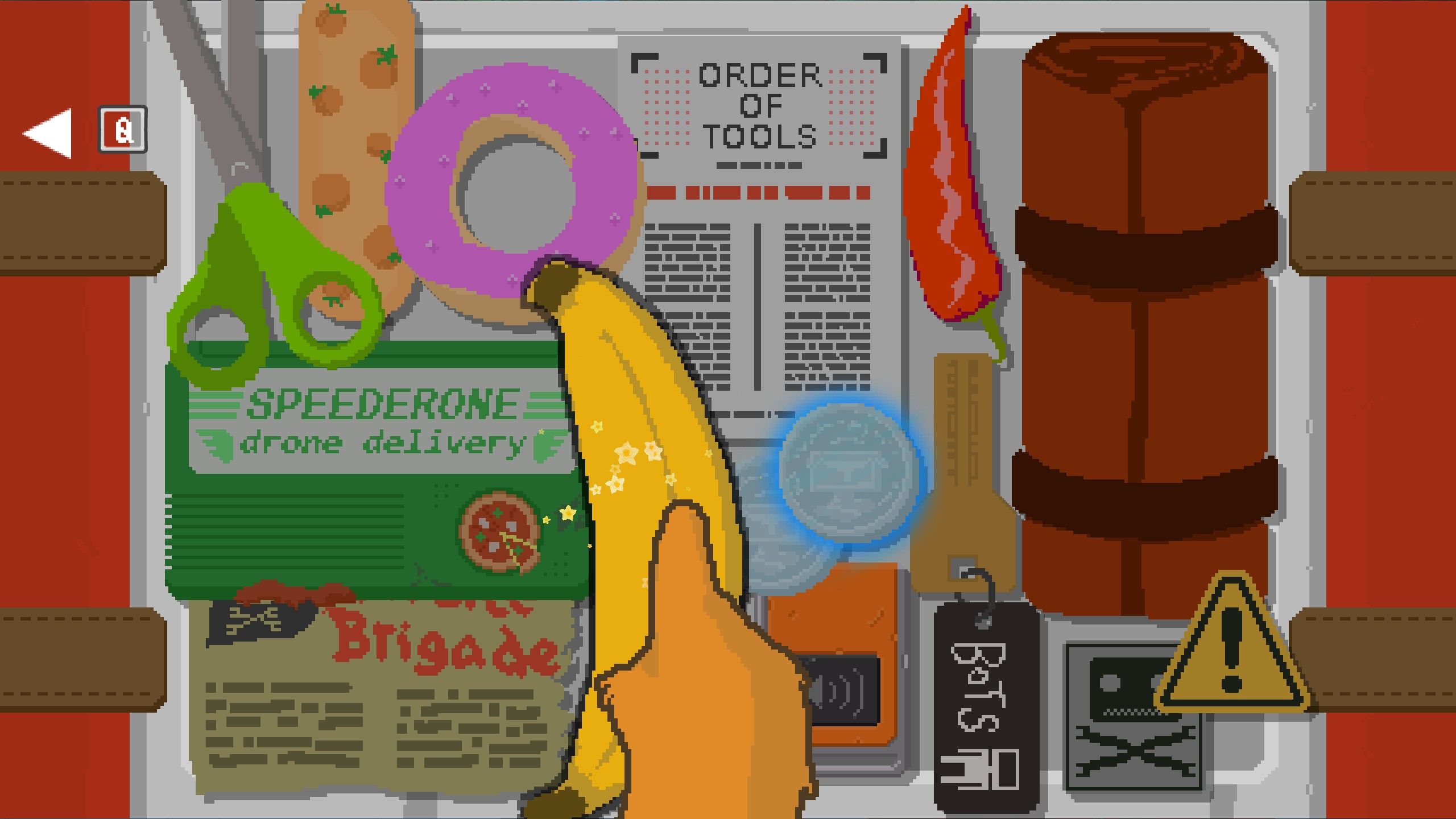 Meloun doesn’t make his video games lightly. He thinks all developers and publishers should think carefully about what their creations teach people, and what they offer.

“I think making games is a responsible thing. I'm flawed, as [is] everyone, but I'm doing my best to try to think of what [impact] my games will have on people. With some titles I'm really curious if such thoughts occur to the people who make them or pay for these games. Not just thinking about things that people shouldn't be experiencing, but thinking about the experiences that people need in their lives and realising them through games. I think Indie games are a big help because they explore new genres and [have] much freer hands than triple-A games – the studios and publishers don't want to take big risks.”

Meloun’s upcoming game, Fix Fox, has been featured in the Wholesome Games showcase, a curation of cute and cosy video games marketed at people looking to take a break from the violent and bleak worlds many titles are set in today. 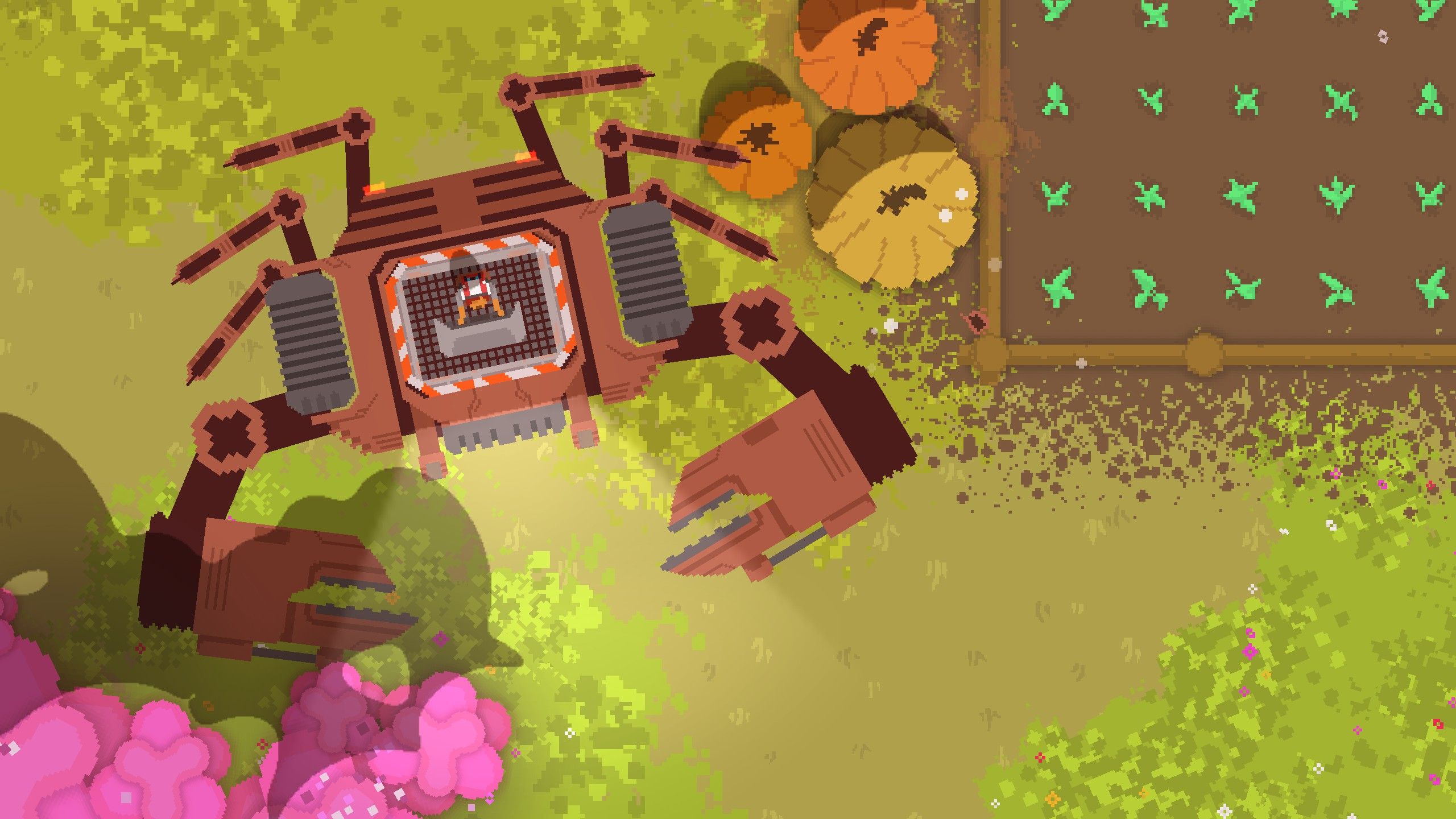 “Fix Fox is a cosy adventure game where you play as a space mechanic, fixing quirky machines and enjoying delicious meals while making friends and exploring a mysterious planet. As a solo developer, I wanted a story-rich game, but I’m also a programmer at heart – I love systemic design and procedural generation. I thought that procedural generation could be a great way for me to achieve a broad scope of content. Fix Fox features a lot of procedurally generated things. Whenever you encounter some broken machine, you need to fix it and a first-person view – fix mode – opens up for you. I made a library of 40 or 50 modules that could be composed into this machine. So the game mixes up a new puzzle to fix every time you encounter something broken.

“There is a mysterious order of robots that confiscates any items that resemble tools, so you need to find other items, like coins or band-aids or bananas, and you need to use these to fix the machines. It requires lateral thinking because each item has specific properties.You need to think, ‘I need something flat to remove this bolt,’ so you can use a coin or a spatula or something. You need to think out of the box to find a fitting item to fix those specific machines.”

This was born out of not only Meloun’s desire to teach people to think differently, but also due to simple resource management. He knew a quirky system would be more memorable and enjoyable than dozens of perfectly crafted tools, allowing him more time to spend on other areas of the game. 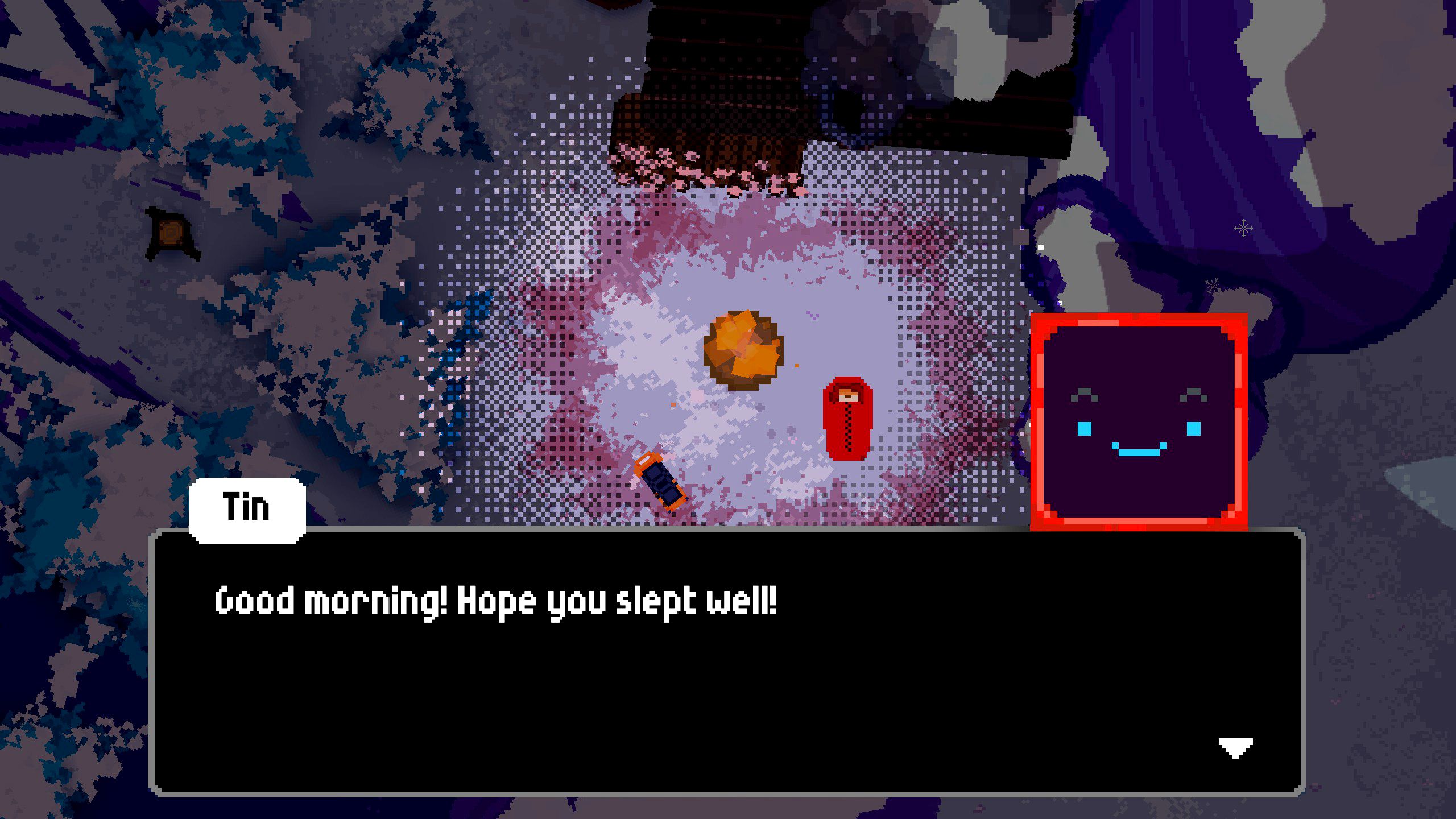 “Throughout the game you meet characters that your destiny is very tightly connected with. They are not friendly at the beginning, so we need to learn more about them. The medium that you do it through is so-called Dream tapes. You collect cassette tapes that contain dreams or memories of those characters. You play as the character that created the memory and not all of those memories are happy, some are troubled. By learning or experiencing them first hand you'll learn about the character and are able to help them overcome certain issues, which helps you to get them on your side.”

Empathy is something that’s popped up more frequently with recent indie titles. Rainbow Billy swaps combat for active listening and has players gain teammates through understanding and compassion. Friendship is something that introvert Meloun struggled with, and he hopes Fix Fox can help others who also struggle to make friends. It’s one of the reasons he likes working as a solo dev.

“I'm introverted, and not great at persuading people that my ideas are worth spending time on, especially before I got some funding. I didn't want to put everyone at risk working on a game that wouldn't be funded. So I thought I would start [by] myself and see how it goes. It went well! Maybe because I got some training from game jams. For many years during game jams I worked in very small teams of just me or two or three people and that's also a place where you have limited time and you need to do multiple disciplines. Even though I was a coder, I had to start learning about audio and graphics – it gave me versatility so I was able to also plan projects. 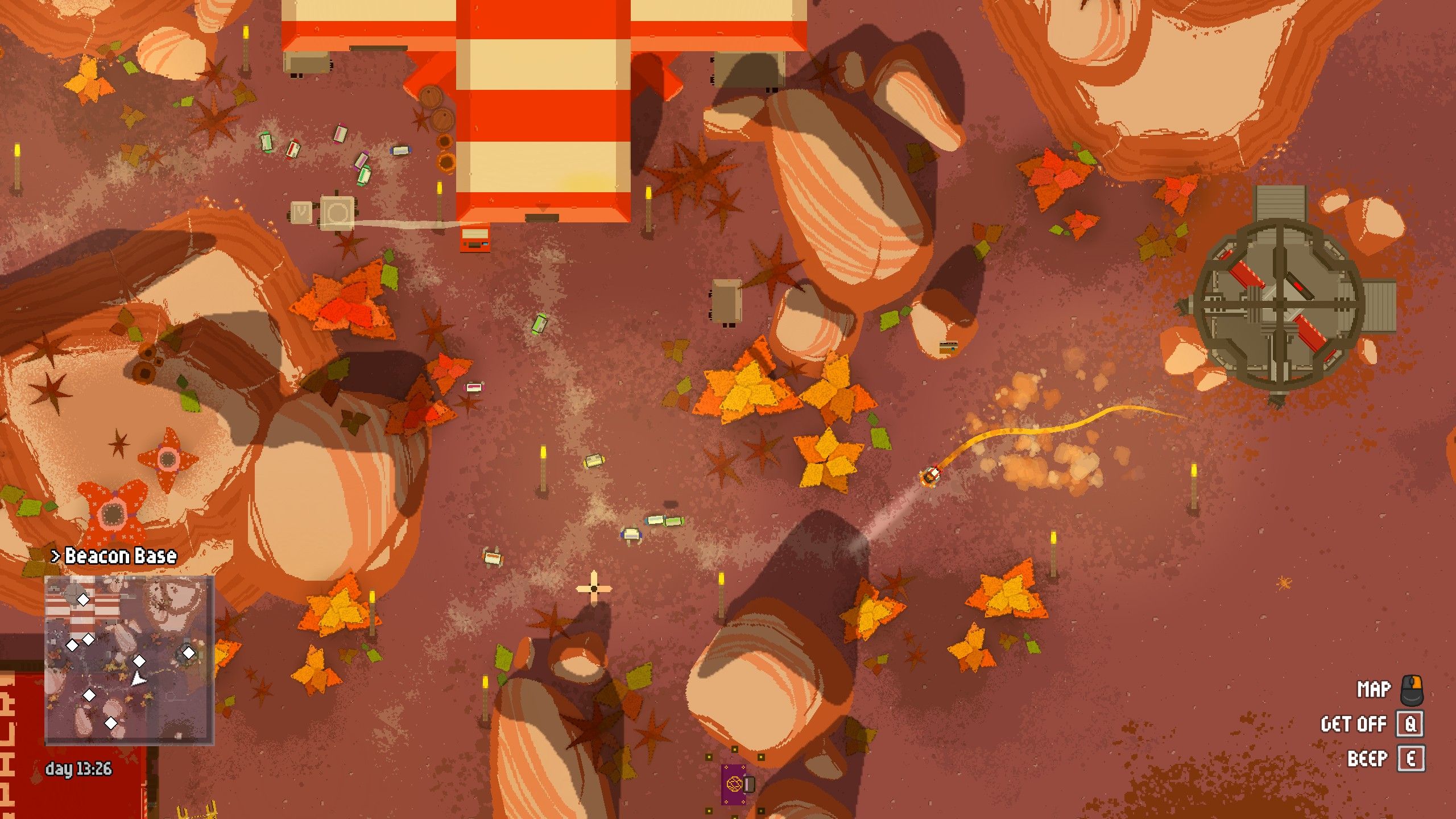 “[This experience] helped me with Fix Fox. It’s content heavy and I needed to know that I could deliver all of the content in sufficient quality, so my approach was to first map out the whole game in prototype. For most of the time, it looked like a bunch of boxes and a lot of text – it was basically a visual novel. But once it was playable and functional I just started polishing it.”

Fix Fox actually started as a completely different game seven or eight years ago. It was a hard sci-fi epic but Meloun realised it was too much for one person to make by themselves. The parts of the prototype that worked got turned into the cute space fox game we see today. When he first started, the wholesome games community didn’t exist in the way it does now, and Meloun is excited to be a part of it.

“Before the internet, the community space for me was really small, limited only to my friends and the games that we played together. Before I discovered wholesome games, and before they became popular, I didn't find a gamer community that would be a good fit for me. So recently, I feel very much at home finding people that I can connect together better than before – as a developer and as a player as well.”

Fix Fox launches on Steam March 31 and will be coming to other platforms in the near future. Wishlist it here.