Um… hello? What are you doing here? Didn’t you read the headline? Go and buy Titanfall right now! Don’t get me wrong, I appreciate the click. I’d appreciate it even more if, while you rush out to the one remaining pre-owned games store in your town, you could leave the link open rather than closing the tab – that helps lower our bounce rate and increase average time on page. We really appreciate it. And hey, it’s the least you could do, right? I mean, I just reminded you to go and buy Titanfall right now before it’s too late. Don’t worry, you won’t miss much here. I think I might list all of my favourite colours. Maybe I’ll copy and paste some Taylor Swift lyrics to fill in the blank space below. Geddit? Anyway. Off you pop. Go buy Titanfall.

You’re still here? Well, I guess I need to actually do some work now then, eh? I hope you’re happy. The reason I’m saying this is because Titanfall is going to be delisted completely by next March. The servers will remain online, which is why you should go out and buy it immediately, because you’ll be hard-pressed to find it in just three months’ time. I’m going to stop telling you to buy it now, and assume that you’re either already putting your coat on to go to the shops or are simply a huge Titanfall lover (excellent taste, by the way) who wants to read more about this excellent game. In that case, I’ll indulge you, and scrap my ‘list of colours’ idea.

Whenever you hear people talk about Titanfall, it’s almost exclusively Titanfall 2. I understand why – Titanfall 2 has one of the best FPS campaigns ever, including the single greatest level in FPS history, Effect and Cause. When I have written about the Titanfall series before, I’ve focused on Titanfall 2 as well, discussing how the game’s frenetic, energetic gameplay was the main reason I was so excited for Deathloop. While Titanfall 2’s offline story is excellent, however, it’s online mode doesn’t measure up. It’s fine. Good, even. But it feels like a backwards step from how crunchy and purposeful battles were in the first game. 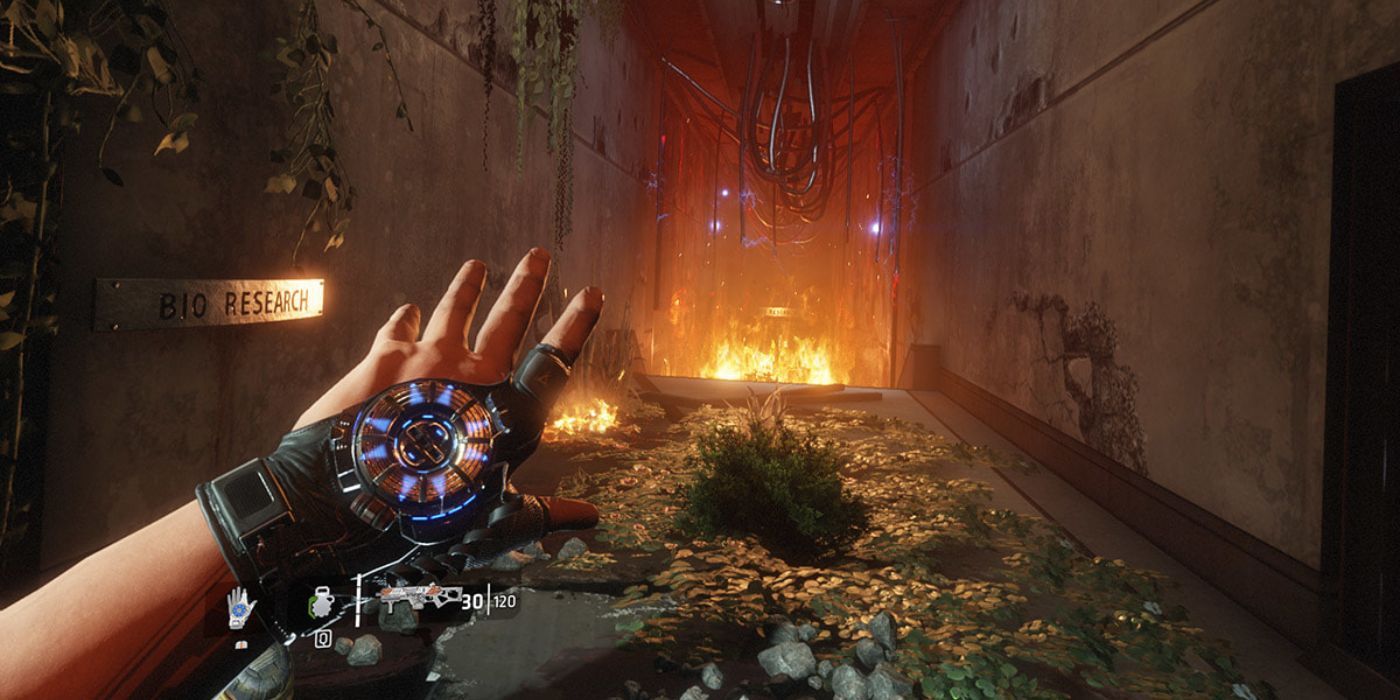 Of course, in the original the problem is reversed. The story is vague, mainly told by a series of comms messages before and after online skirmishes, and even if you play the maps in the right order and win or lose each match as the canon dictates, you’re still left with a bunch of waffle about space robots that’s so convoluted it would embarrass Transformers. I’m probably not selling the game here, but I wouldn’t lie to you, dear reader. You want a good story, play Titanfall 2. Read a book. Titanfall does not offer you narrative. It offers you the chance to squelch someone beneath your huge robot foot, body slam into another robot to explode it, then eject out and snipe more enemies from the air while your pilot gently floats down onto a rooftop… where they’re promptly squelched under a huge robot hand.

There is something of a caveat to all this. As we reported earlier in the year, a system of racist cheat bots have made the game unplayable on PC – frustration over this even led to a misguided server attack on Apex Legends by other players wanting Respawn to fix this issue and remove the racist bots. Console play is largely unaffected by this, but games like Titanfall typically have significant PC playerbases, so it’s a major issue.

Obviously, no one should be harassing developers, but I’m not sure I see the harm in a non-malicious attack on Apex Legends in order to draw attention to a very real cause that people have a right to feel passionately about. This is not just typical gamer rage that a title has been delayed, and protests are supposed to be inconvenient. In any case, it seems like the solution to this problem has been found – to shut the game’s sales down completely. It’s probably not the solution anyone was looking for. 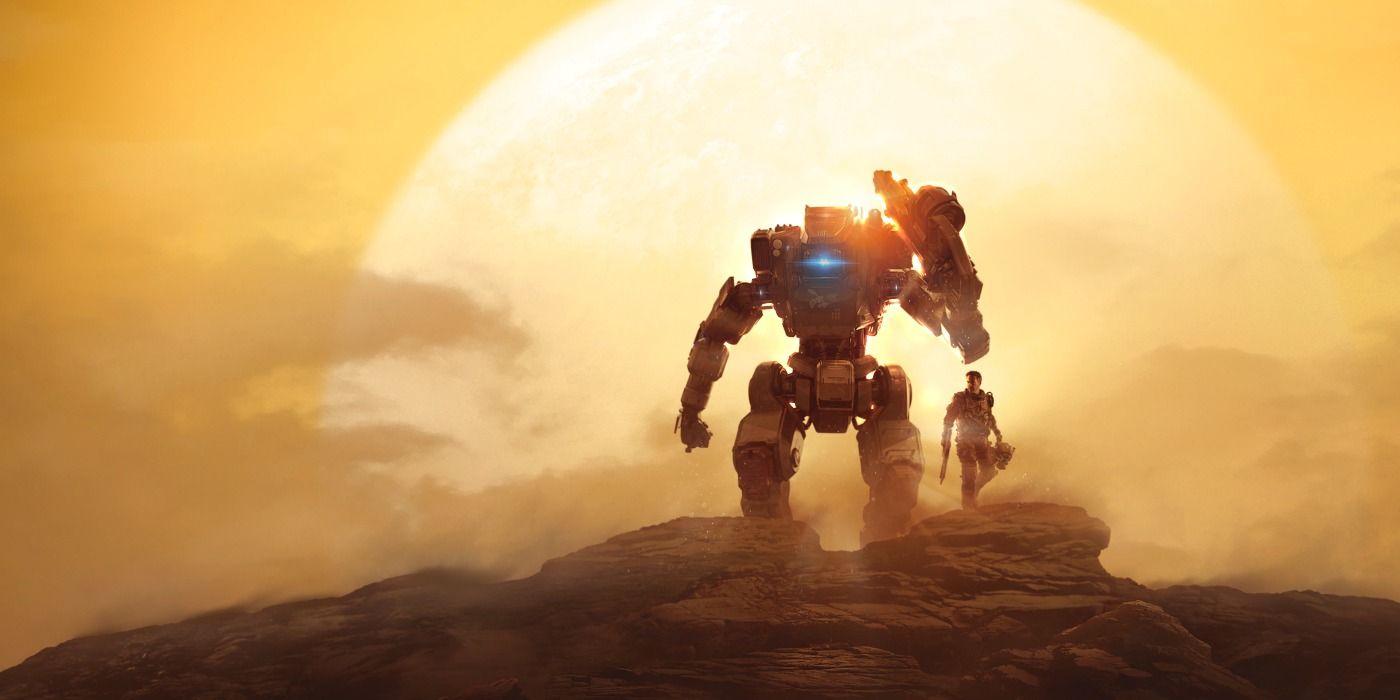 Titanfall sold itself as goofy fun inside a big fat robot, and people mostly laughed it off. When Titanfall 2 made us take the big fat robots seriously, the first game seemed to get something of a reprieve, or at least a revisit. Titanfall 2’s launch in the week between Battlefield and Call of Duty continues to be a head scratcher of a decision, but all’s well that ends well. Except it’s not ending well. Titanfall is being delisted in what is not only a serious blow for the series, it’s yet another death knell for the idea of video game preservation. Sure, the servers are staying online. So are Anthem’s, right? Make no mistake, whenever EA wanted, it could shut Titanfall down for good, and as we shift towards an all digital marketplace, stories like this just remind us of what we’re going to lose.

If you’re planning on picking the game up on PC then, be aware that there’s a bit of an issue there. Console folks though, you’ve got nothing to worry about. If you’re still here and you don’t already own a copy of Titanfall, I’m very disappointed in you. Oh, and DM me if you want that list of colours, yeah? Spoiler: green is seventh.