Valheim isn’t exactly indicative of the next generation of video games. It’s phenomenal in its own right – a core gameplay loop that is both simple and rewarding is a skeleton key for success – but it’s very obvious that it wasn’t developed with big bucks. That’s partly responsible for the fact that I am utterly enthralled by Yggdrasil every single time I play – I keep getting smacked around by greydwarfs because I’ve gotten distracted just staring at the sky and have accidentally moved my hand from WASD to QCapsAS. That’s it Cian, you show ‘em with that capitalized Move Left.

It’s very weird that Yggdrasil is as constantly present as it is. I mean, Valheim’s depth of field isn’t necessarily… well, deep. It’s certainly functional and the world is gorgeous to look at, but I often consciously turn my vegetation detail down to the minimum setting just to make seeing small objects from a further distance that little bit easier. A lot of the depth of field stuff is remedied by having hilly terrain, so deer running away don’t just disappear so much as they dip out of sight – but still, Valheim’s handling of this kind of thing is usually a clever implementation of smoke and mirrors. Yggdrasil, on the other hand, looms loud and large over every single section of the map at all times. Whether it’s dusk or dawn, looking towards the stars will put the lumbering World Tree of Norse mythology in plain sight before you, its luminous green linings allowing it to achieve a sort of effervescence above the haze of the night sky. 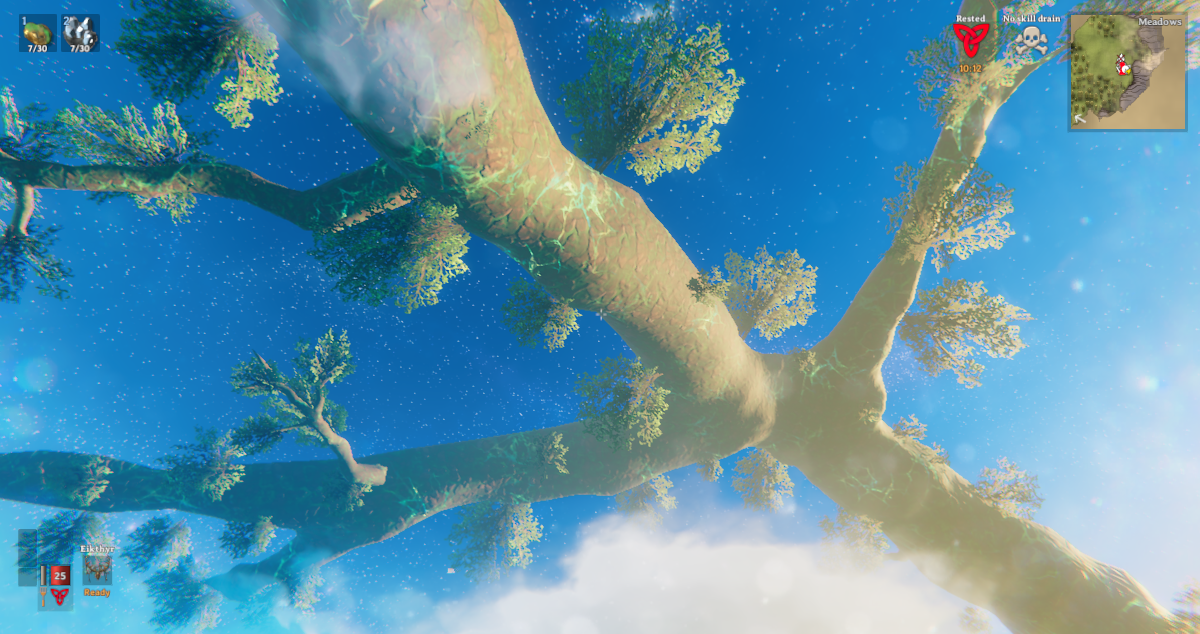 It’s contextually brilliant, too. The island you start out on may initially seem pretty big, but once you get your gear in order in Valheim, you’ll probably kit yourself out in bronze armor and sail along the wayward tides to biomes unknown. The world seems so intimidatingly large, but a single look at Yggdrasil above you is enough to remind you that, actually, you’re just a little speck of dust, plucked up by a Valkyrie and lazily dropped into the maelstrom of a monster-infested island too small to include on Google Maps Street View. Remember, this is an ancient tree that unites all of the realms – the fact you can see it means that you’re in the Norse world alright, but the combo of it being incredibly large but also barely visible as a whole means that this island is in the back arse of nowhere.

It makes me hopeful for the future of the game. Yggdrasil is underground in God of War, another game based on Norse mythology – the fact so much effort was put into rendering it in the sky in Valheim means that it surely has to be significant. I haven’t seen anybody uncover this veiled significance yet, mind, but Valheim is still in Early Access. There are bound to be plenty of updates and expansions over the next couple of years, so it’s reasonable to assume that this stunning wonder of the Norse world will have its omnipresence made use of.

Or maybe it’s just there to make the sky look a bit nicer. I’d be down for that – as I said, I can’t stop looking at it. I do kind of want it to be at least somewhat significant though – Muspelheim in Valheim when?

Next: Go Play Ratchet & Clank Right Now And Tell Me It Doesn’t Have The Best Weapons In Video Game History 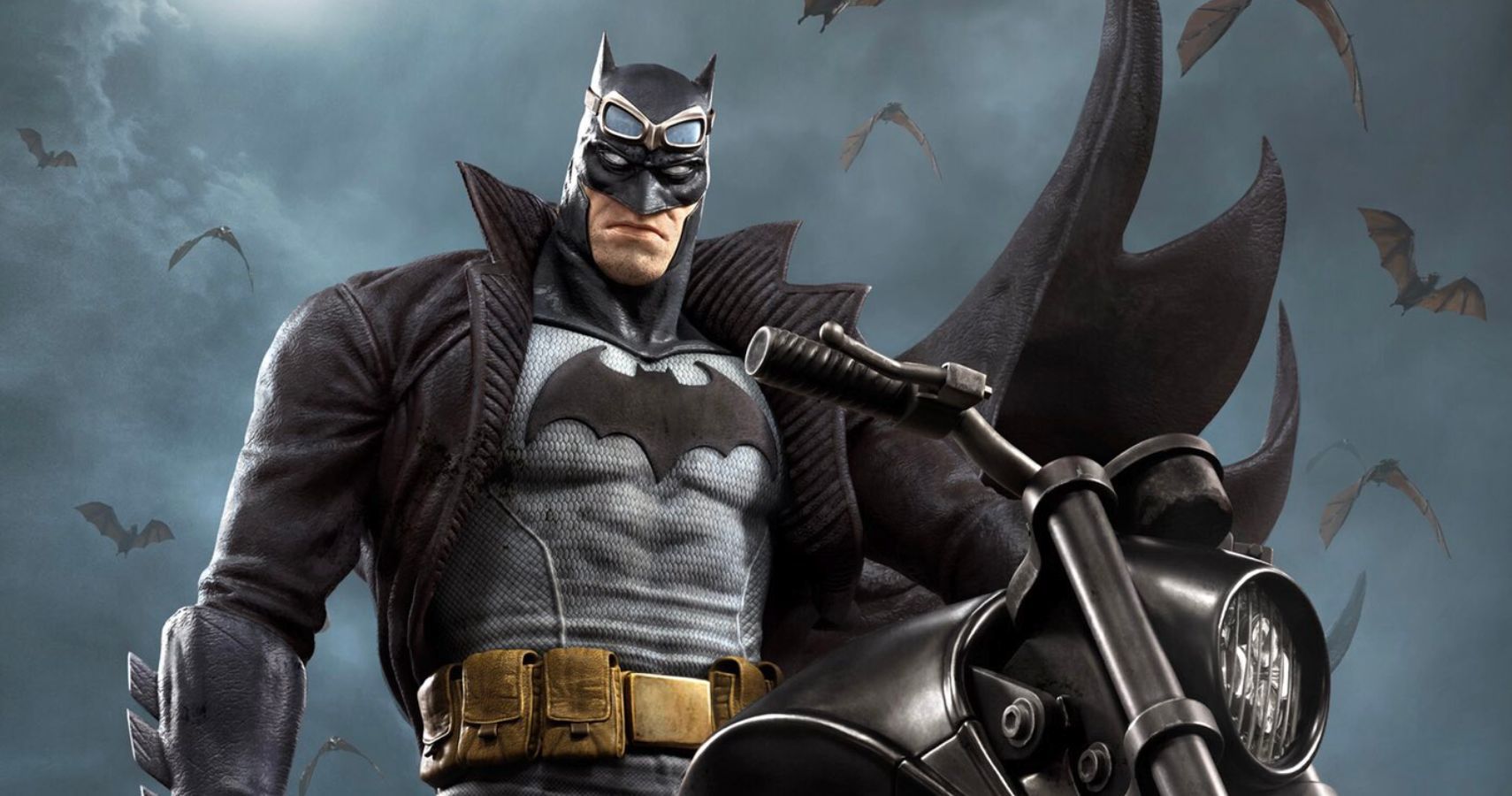