Waldo – of Where’s Waldo fame – hasn’t made a significant splash in the video game scene, which is a shame considering his ability to entertain the younger generation. Those books certainly kept me occupied as a little kid. Hidden Through Time, from developer/publisher Crazy Monkey Studios, looks to do digitally what Where’s Waldo did on paper. The game succeeds on that front with its simple design, calming music, and charming find-it puzzles that are anything but simple.

The premise of Hidden Through Time tasks players with finding hidden items scattered about maps that expand in size and difficulty as players progress. Maps are made up of scenery and objects, with stick figure-styled characters going about their lives in various situations. Maps begin in a prehistoric setting complete with dinosaurs and early humans, before taking players through time periods such as the building of the ancient pyramids, the Industrial Age, and the old west. 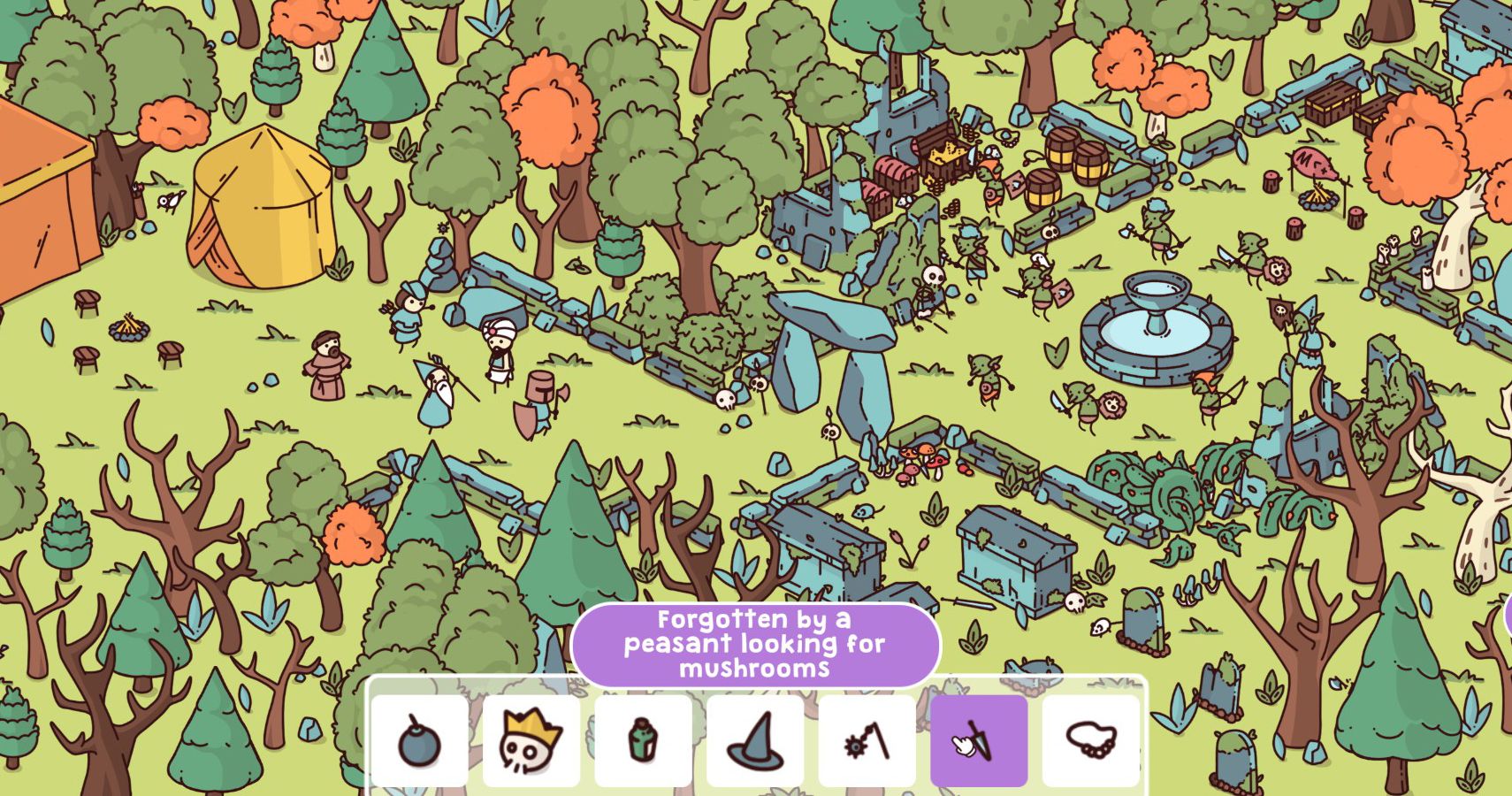 The find-it puzzle elements of Hidden Through Time are well-executed, allowing enough challenge for more seasoned players, while still being accessible enough for less-experienced or younger players.

This is done through the game’s progression system. Each level unlocks once players have found a certain number of objects, with each level having its own certain amount of objects to find. As long as players find the bare minimum amount of objects in each level, they can continue on to the next map. However, completionists have the option to find every single item as well, making the game accessible to a wide audience. For either type of player, subtle hints are provided for each object if needed, providing insight into the general vicinity of where to look.

Hidden Through Time’s greatest achievement is in its vibe. Charming visuals, easy listening music, passive yet entertaining gameplay; it’s all here. Touching any of the non-hidden objects results in a quick, cute sound that fits in perfectly with the accompanying lullaby type of music, such as a grunting noise by a character or the rustling of leaves from a tree. It all equates to an incredibly relaxing experience that provides a wonderful way to unwind after a long or stressful day. 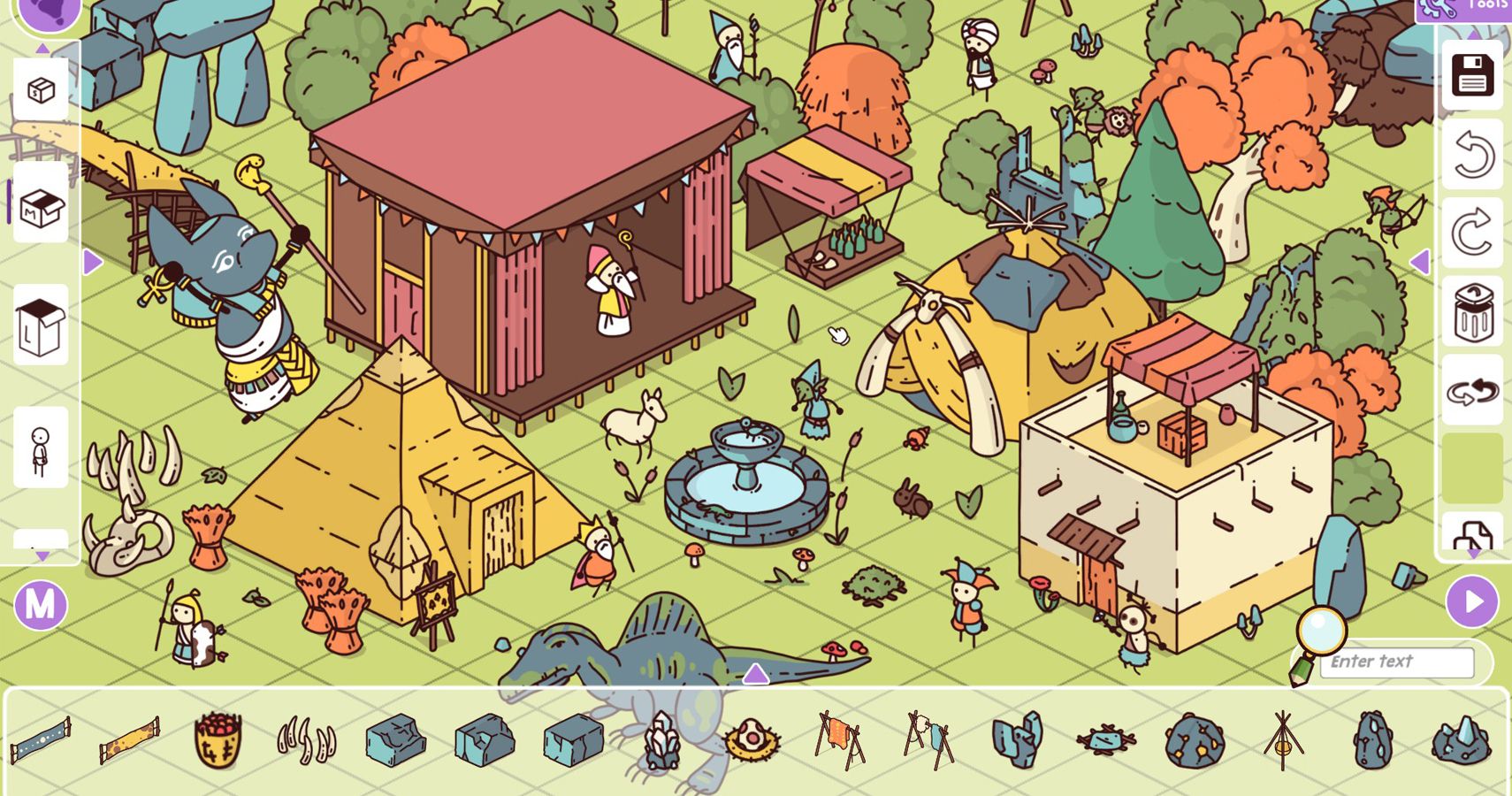 Once all of the levels have been completed, Hidden Through Time allows for near-endless replayability in its custom map creator, letting players create maps until their heart is content. Objects and settings need not be beholden to a specific point in time, either. Maps can include objects that span the spectrum of all of the various level settings. While one may not expect Hidden Through Time to have much of a community at launch, there are tons of custom maps created by other players available in the game’s online mode, providing additional hours of find-it content.

Hidden Through Time isn’t a fast-paced game that will have you sitting on the edge of your seat, but that’s kind of the point. The only reason you might be squinting your eyes, painstakingly staring at the screen would be to find that final tiny hidden object that you’ve been looking for for half an hour. The touchscreen dynamic of the Switch version of the game makes it the definitive version for this reason (in my opinion). Otherwise, you’ll likely just be relaxing while taking in everything the endearing levels have to offer.