Often, nothing but peace and tranquility are associated with the whimsical towns of Animal Crossing. With vibrant green landscapes and cartoonish visuals, nobody would expect much to go wrong, aside from a rent-seeking (or mortgage-seeking) raccoon. However, it would be interesting to have a less tranquil in-game mechanic, which could be that of a “pandemic” mechanic.

It’s already possible for villagers to be sick throughout the Animal Crossing series. In Wild World, City Folk, and New Leaf, this is expressed through somewhat moody villagers that often quarantine themselves from their fellow villagers. So, sickness is a thing in Animal Crossing, proving that the game isn’t entirely gumdrops and rainbows. However, a broader “pandemic” mechanic would surely shake up things with a dramatic effect.

Perhaps, the mechanic would start with one sick villager. A particular penguin or bear may start with a cough and sour demeanor. If the virus is airborne, then other villagers could soon experience similar symptoms–even the player. Flyers might be spread around the town that warn of a sickness going around, signaling that the player should keep their distance from other NPCs. Moreover, the player could even take a vaccine, eat certain items, or stay more active in order to stave off the sickness. But, the threat remains. 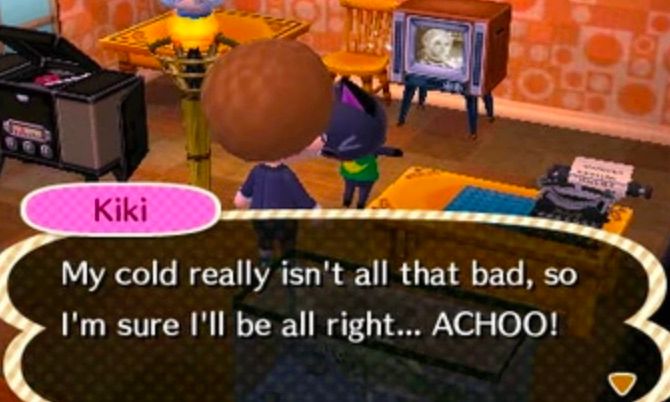 Having a “cure” for the pandemic would certainly be interesting. Of course, pandemics take time to simply pass, but in such a cartoonish game, things should be more in players’ “control.” For instance, players could partake in a mini-game where they help a character invent an antidote or vaccine for the pandemic. Alternatively, an in-game PSA may tell players an NPCs that a specific fruit or food item or combination could get rid of the disease. Either of the latter approaches would be in line with Animal Crossing‘s more cartoonish vibes.

There is never an upside to these sicknesses, but Animal Crossing sometimes brings with it some annoying and obtrusive residents. Perhaps, a pandemic could incidentally do the player’s bidding and cause other villagers to migrate elsewhere, causing their property to disappear. As indicated earlier, this would be a morbid but useful approach.

Animal Crossing‘s highly sensitive nature would run counter to a pandemic mechanic. However, as a life simulation-esque title, such a mechanic might add more of a challenge and depth to the game. The right medicine, though? Who could say?