I’ve never understood why FireRed & LeafGreen are generally absent from discussions about the best Pokemon games ever made. It’s not that I think they are the best – those would be Emerald and Crystal – but they’re well up there with the top of the pops.

Some of this boils down to how well Gen 3’s aesthetic lends itself to Kanto, as well as how brilliantly designed all of the quality-of-life improvements were at the time – not that the battle system has been changed much since, mind. But most of the reason FireRed & LeafGreen are not just worth remembering, but actively talking about today has to do with their fantastic postgame section in the Sevii Islands. Aside from Emerald’s Battle Frontier and Sword & Shield’s Crown Tundra – and Gen 2 implementing the entire Kanto region after you beat the Johto Pokemon League – it’s the best one in the series’ history.

If you’re unacquainted with the Sevii Islands, here’s a brief explainer. There are seven islands off the coast of Kanto that we’ve only ever been able to visit once in the entire Pokemon series, despite their proximity to other regions and the fact that Gen 1 has been remade twice on top of the original Red & Blue. Their names aren’t the most inventive ones around town – we’ve got One Island, Two Island, Three Island… you get the point – but the locations found here remain some of Pokemon’s best. From Mt. Ember to Berry Forest, to Altering Cave and Sevault Canyon, a modern recreation of these areas with the scale they deserve could be phenomenal. Imagine the Wild Area, right, but it’s an enormous, mist-shrouded woodland like New Pokemon Snap’s Elsewhere Forest. Consider Outaway Cave – a location future games need to learn from – but with Pokemon you can battle and catch instead of just snapping photos of. Think of Sword & Shield minus Wyndon and with 100 times the amount of Glimwood Tangle and you’ll get a fairly accurate image of what I’m arguing for here. 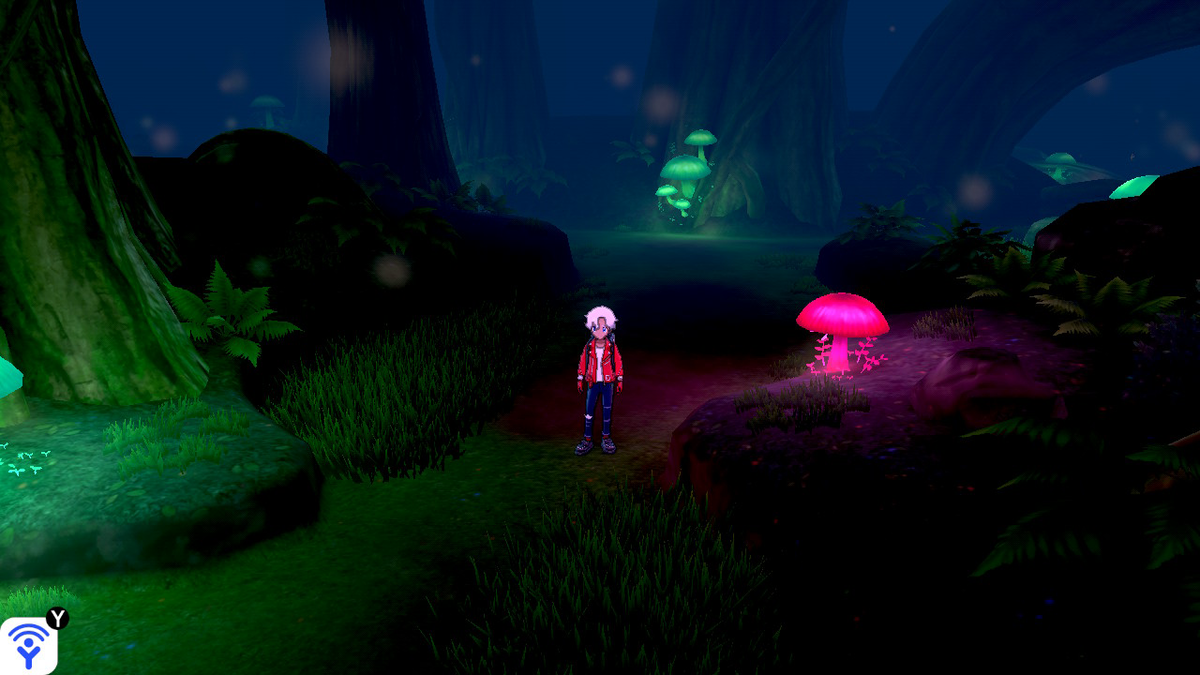 On top of that, despite what I said above – there are seven Sevii Islands, which should make perfect sense, but, you know, Pokemon – there are actually nine if you want to get all pedantic about it. Navel Rock is located in this region and is home to both Lugia and Ho-oh, while Birth Island is a weird little oceanic outcropping that I used to think was Bermuda’s Triangle as a kid. Deoxys can be found here, which is fascinating when you consider how absent it is in other Pokemon media despite being one of the most unique Legendaries ever designed. A good Legendary Pokemon with intriguing lore and actual competitive viability? Let’s leave it in the early ‘00s. Who needs it?

Anyway, in FireRed & LeafGreen, every single island appears as a 2D, top-down map with location transitions indicative of the time they were developed in. Don’t get me wrong, Pokemon’s art direction and recognition of constraints means that even the oldest games hold up when viewed alongside other titles of the same era, but they’re obviously still dated when compared to contemporary potential. Johto is my favourite region, which is why I’ve been pining for Let’s Go Johto – you know, because Let’s Go is the best Pokemon game in over a decade – for two years now. Honestly, though, if you gave me the keys to Game Freak and sat me down in the big throne of Dragonite skulls in the middle of the office, I’d be sat there with Giovanni’s Persian saying, “Yes, alright, let’s pool all of our resources into a Sevii Islands game for Switch – hold the Hypno, though.” Honestly, that bloodcurdling little yo-yo has plagued my nightmares since I was four years old. That’s the only part of this amazing archipelago I want to make sure stays back in 2004. 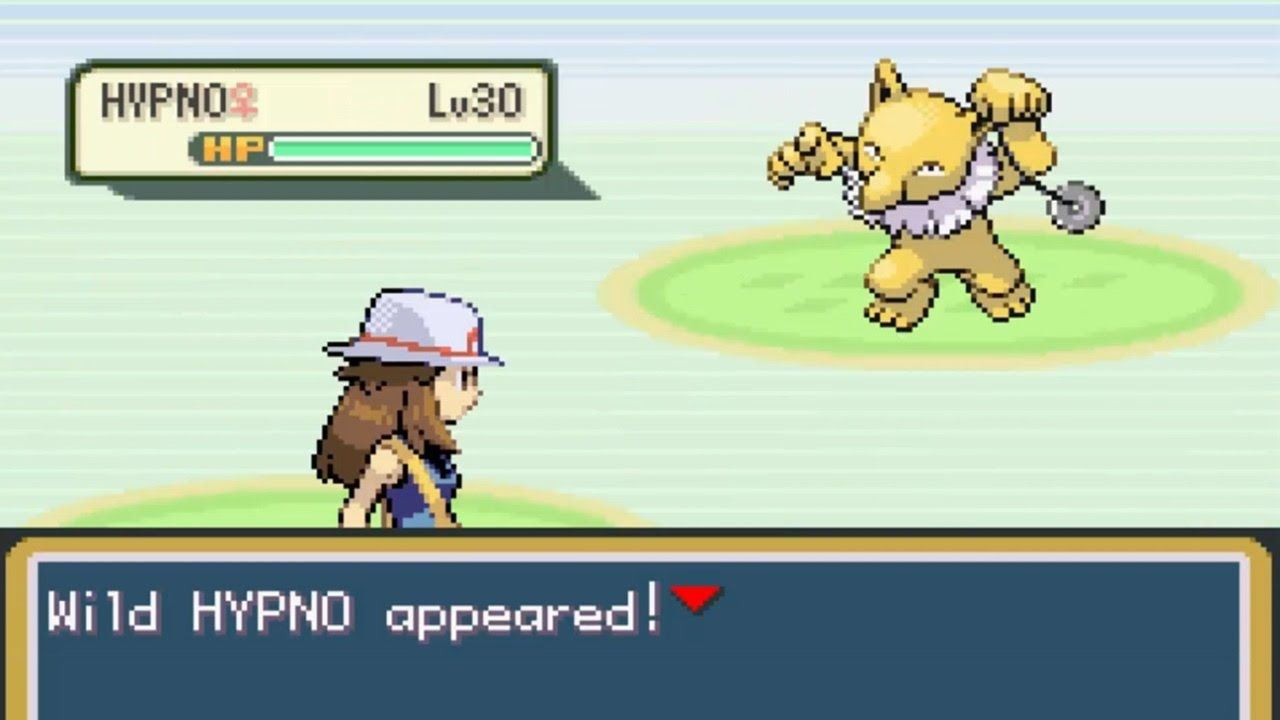 Speaking of which, archipelagos make for fascinating regions in and of themselves, as evidenced by Sun & Moon and last year’s first ever major non-Pokemon catch-’em-up, Temtem. On one hand, this kind of structure provides you with room to explore all different kinds of biomes within the same game, although it also makes the infrastructure of this world a whole lot more believable. You can get a boat from One Island to Two Island, but you can also Fly or Surf – or at least you should be able to in an ideal world. While you could hop on your Pidgeot for a spin from one island to another, the in-between sections were never accessible, which solves most of the scale problems some of you might suggest about this idea right off the bat. Yeah, the FireRed & LeafGreen version of the Sevii Islands might seem a little lacklustre for a full-fledged game on modern consoles, but that’s because it’s just the islands. With proper passages linking all of them together, the region would explode in scope, allowing for a sprawling array of islands with all kinds of wonder and weirdness in between.

I know there aren’t gyms on the Sevii Islands either, but I see two ways around that. Similar to the Orange Islands from the anime, the Sevii Islands could have their own distinct tournament system. Sure, there aren’t many hotshot trainers hanging around there in Gen 3 – I mean, there are, it’s the highest-leveled part of the game – but you could just say the Battle Tower attracted the best Pokemon masters from all over the globe to congregate here. The other way, which could work in conjunction with this, is to just teleport ten years into the future and boom! You’ve got a bona fide championship capable of rivaling the Pokemon League. Lance will show up at Five Island thinking he’s all that and get battered by a Bug Catcher with a level 100 Frosmoth.

There are plenty of potential Pokemon games on the horizon. Most people probably reckon the next one is going to be Gen 9 or Let’s Go Johto, but Legends Arceus proves that Game Freak could realistically pull anything out of Ash’s backwards hat at this point. If it were up to me, though, I’d 100 percent go for the Sevii Islands. Make it happen.