Ever since the reveal that Idris Elba would be voicing Knuckles in Sonic the Hedgehog 2, many feared that he would do the impossible with his sultry voice, making the Echidna sexy for the first time in history. I suppose that attribute is fairly subjective, especially given the content of certain websites. But here we are, and when the trailer dropped during The Game Awards earlier this month, the prevailing sentiment across the internet was how deep and seductive the creature’s voice was, even if Elba himself has said this absolutely wasn’t his intention.

Maybe that’s true, maybe it isn’t, but it’s hilarious how corrupt we’ve become that the second an animated furry creature pops onto the screen our prevailing thought is, ‘You know what? I’d hit that!’ even if it’s meant as a tongue-in-cheek joke or a serious remark from more ingrained furry communities, and we all know what those buggers are capable of. There’s something weirdly wonderful about this playful honesty, and how the creators of such films and games are forced to understand this weird aspect of the culture they’ve created even if so much of it was unintentional. It definitely was for Sonic, its hardcore fans are something else… 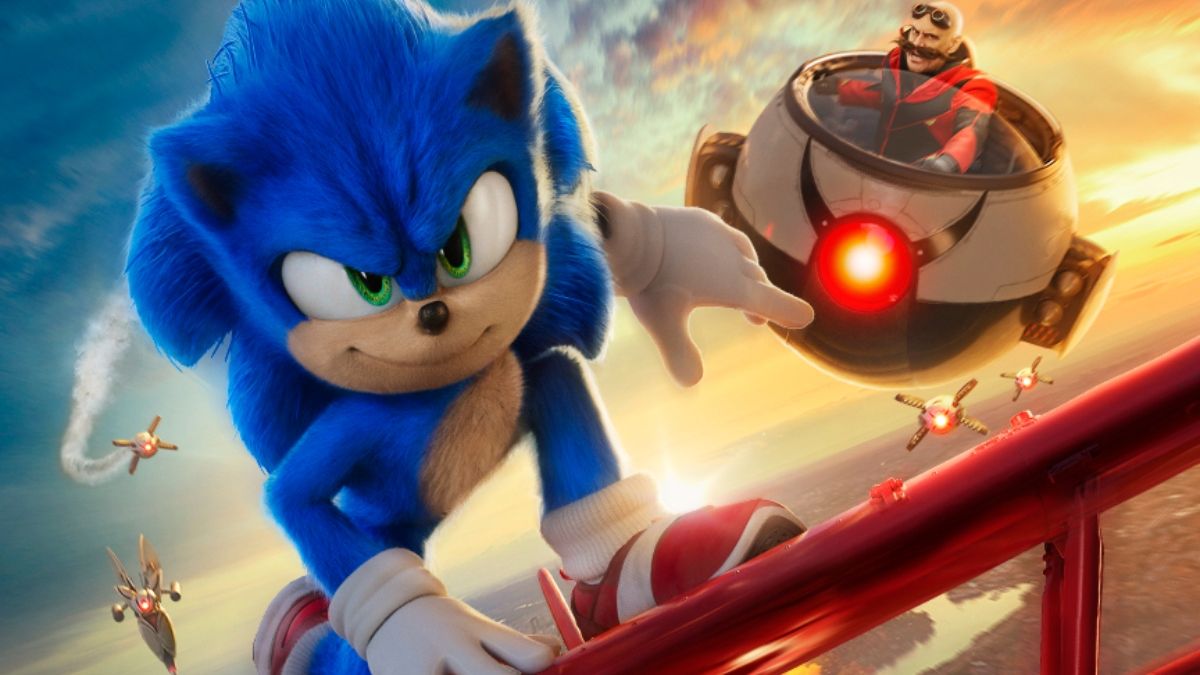 We don’t know how extensive Elba’s role in the film will be, or what sort of lines he’ll deliver that will further cement his deep, silky, velvety voice into the horny annals of online history. I imagine the film will be a hit, and he’ll end up being best friends forever with Sonic and Tails before the credits roll. They probably won’t fuck, but if I never watch it the internet is totally free to convince me that they did. Sonic occupies a special place in the gaming zeitgeist, attracting legions of loyal followers even though most of his games are terrible and the films aren’t much better, yet they’re keenly aware of what they are and lean into that identity.

This isn’t the first time we’ve seen the internet take a singular character or trailer and carve its horny potential into the nearest wall like some form of twisted hieroglyphic. Earlier this week saw the first trailer debut for Dreamworks’ The Bad Guys and it looks incredible, sporting a colourful and exuberant animation style that feels similar to the brilliance of Spider-Man: Into The Spider-Verse, Arcane, or The Mitchell and The Machines. The film follows a crew of criminals – made up of talking animals – who slowly but surely realise that perhaps there is something more to life than lying, cheating, and stealing.

I wish I had seen the trailer before thirsty observations and risque art began leaking onto my feed – I should really clean up my following one of these days. It wasn’t until fun pieces of fan drawings and observations (some of which were actually pretty wholesome) starting to appear that I decided to check out the trailer and I had no regrets, I’ll likely watch this film and really enjoy it, even if I’m not sitting happily in the degenerate camp like a certain small part of the fandom. More power to them, so long as everyone is behaving themselves there’s nothing wrong with a subculture forming around such things, even if this one is somewhat more serious than all of the memes poking fun at Knuckles.

This cycle will never stop, as we’ve seen with the response to Sonic the Hedgehog 2, The Bad Guys, or Resident Evil Village – small pockets of the fandom will use their artistic skills or other merits to create genuine pieces of art surrounding such media or join in with the shitposting like the rest of us. Millennials and Zoomers aren’t doomed by the prudish nature of our parents, where sexuality was something to be hidden away or only used for practical means. We’re thirsty and unafraid to show it, and the response to every big development like this is a clear indication of how culture is changing whether you’re along for the ride or not. 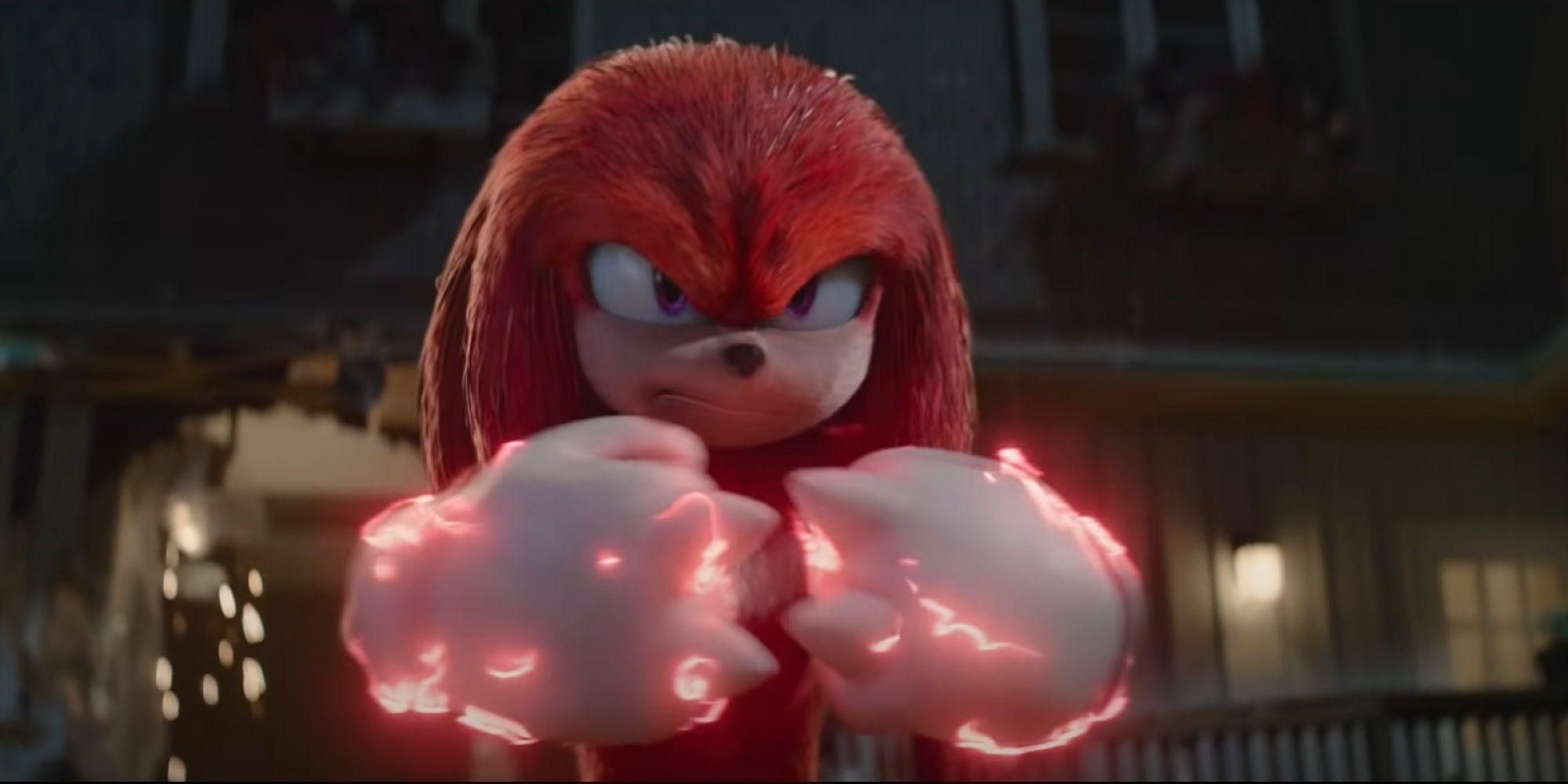 I think Idris Elba doomed himself to this sort of shit when he decided to star in Cats, which is a furry nightmare of untold proportions that I’m still not convinced actually happened. As the release of Sonic the Hedgehog 2 approaches we’ll continue to see the internet obsess over his deep, villainous voice and all of the connotations that come with it. I just think he’s grumpy, and I could pick Knuckles up and kick him across a rugby field pretty easily so stepping on you is probably out of the question. Fuck this, I’m gonna go take a cold shower.

Related posts:
12/17/2021 Reviews Comments Off on Idris Elba’s Knuckles Was Always Going To Be Sexy And We Were Powerless To Stop It
Hot News
Nobody Saves The World review – change yourself, change the world
You can now buy a PS5 direct from Sony – GAME restock this week
Fast Growing RegTech SteelEye Reports 88% Growth In 2021
Fallout 76: Unarmed Build Guide
I Never Should Have Picked A Favorite Pokemon
Recent Posts