It’s been a while since I’ve played through the Mass Effect trilogy, but the big decisions are still seared into my brain. I keep everyone alive on the suicide mission. I save Ashley. I never, ever romance Garrus or Tali. But even while my memory of the series grows fuzzy, I can remember some of the smaller decisions too. Punching the reporter. Calling up the Council just to hang up on them. And of course, calling the Hanar a big stupid jellyfish.

I played the trilogy in a variety of ways, but my ‘canon’ playthrough has always been a pure Renegade Liaramance. There are a couple of Paragon exceptions, especially around the Genophage, but for the most part, it’s Renegade all the way through. Only this time, I’m not sure it will be.

A lot of things have changed since Mass Effect 3 released in 2012. The world is a different place, and I’m a different person. I try to be nicer in video games now, and that means playing Paragon. It’s not just that I’m after a more peaceful playthrough either; while a lot of Mass Effect’s Paragon or Renegade options are just there to give your Shep a touch of sugar or spice, some of the Renegade options feel a lot more uncomfortable now. 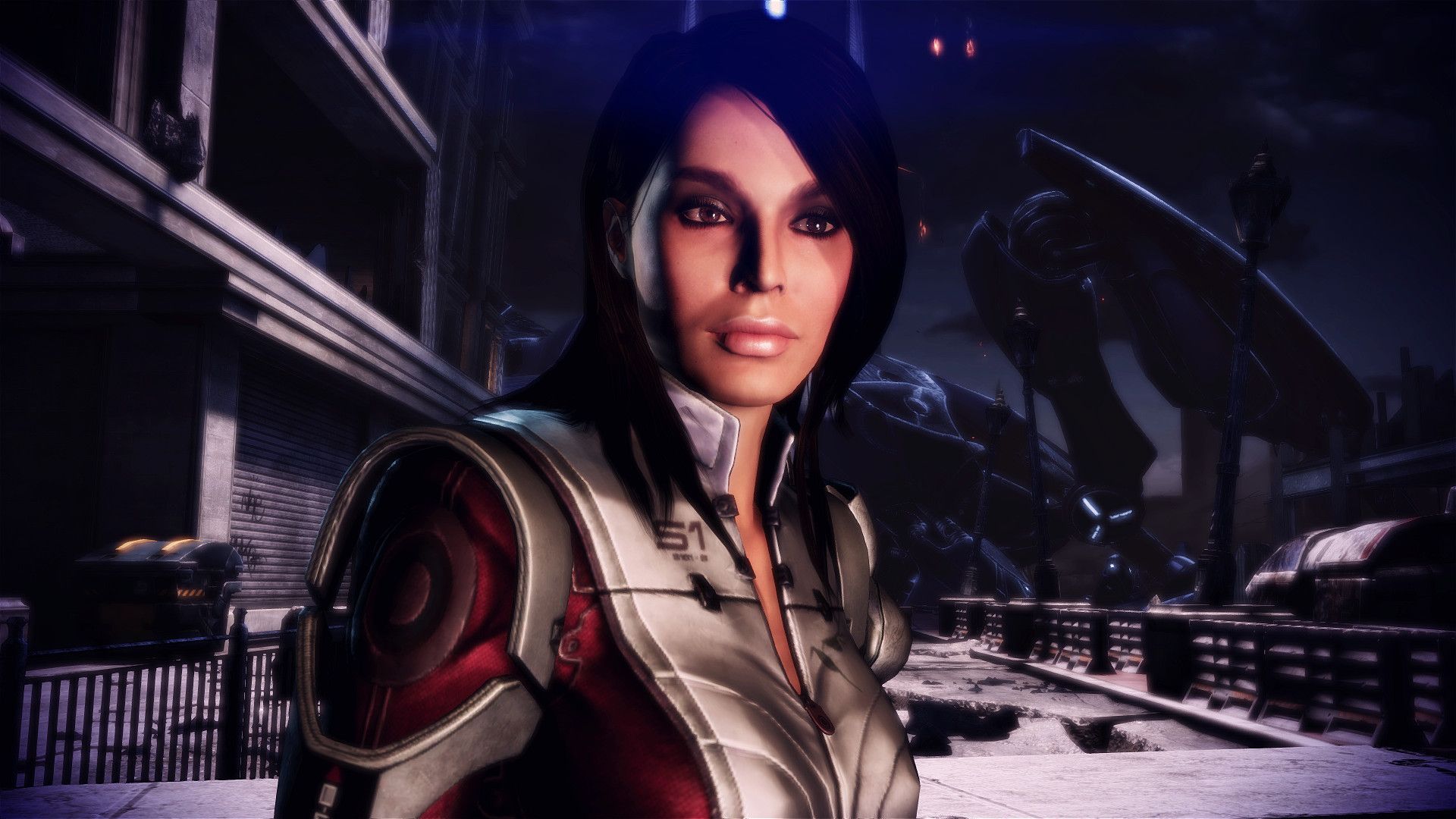 Even saving Ashley over Kaidan, which is one of the biggest decisions in the game, is something I’ll find myself unable to do when the remasters roll around. It’s technically not a Renegade or Paragon decision, it’s just a choice between two squadmates – but it feels pretty Renegade. In a pros and cons list, Kaidan’s biggest con is that he’s a bit boring. Meanwhile, Ashley’s flaw is that she’s… what’s the word? Oh yeah, very racist.

I get that these aliens aren’t real, but I think it’s a little cheap for fans to ignore the game’s problematic areas as “just a game” while lauding the other parts for their worldbuilding and storytelling. Ashley comes a bit too close to waving the Confederate flag while talking about how her grandpappy fought for states’ rights, so this time she’s going to die on Virmire.

I’m also just not going to punch the paparazzo who keeps asking for an interview. What’s the point? Renegade works best when it’s about making hard, unpopular choices for the greater good. A high ranking Spectre like Shepard punching the lights out of some tabloid pap is just petty and vindictive. It sums up all the things that feel wrong these days about the Renegade options. 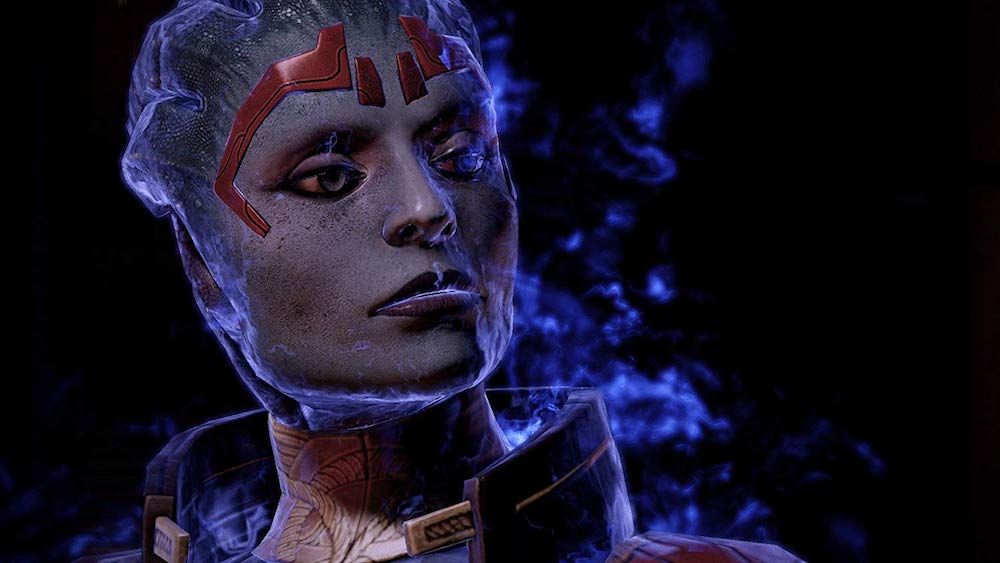 Then there’s Samara’s loyalty mission, where the Renegade option includes killing Samara for no reason other than that you want to bang her daughter, who is herself a serial killer. Oh, and if you do try and sleep with her, she’ll kill you anyway. Recruiting Morinth isn’t your cocky, shoot from the hip, to hell with the consequences Renegade option – it’s an evil, deranged, I-have-bodies-in-my-basement sort of choice.

A few choices do fall into the typical Renegade ‘tough but fair’ paradigm, but there’s not enough of them to balance out the rest, and a lot of the time they feel like an unnecessary nuclear option. I can live with those choices, but I won’t be making them.

This is why I’ve always played Paragon around the Genophage. I just can’t shake that it’s such a wrong, incredibly cruel thing to have happened to the Krogans. Even though it’s just a game, I can never find it within myself to justify it. That’s what I mean about the world changing, I guess. Shepard’s Renegade decisions are the same as they’ve always been, but it seems a lot harder to justify them now. 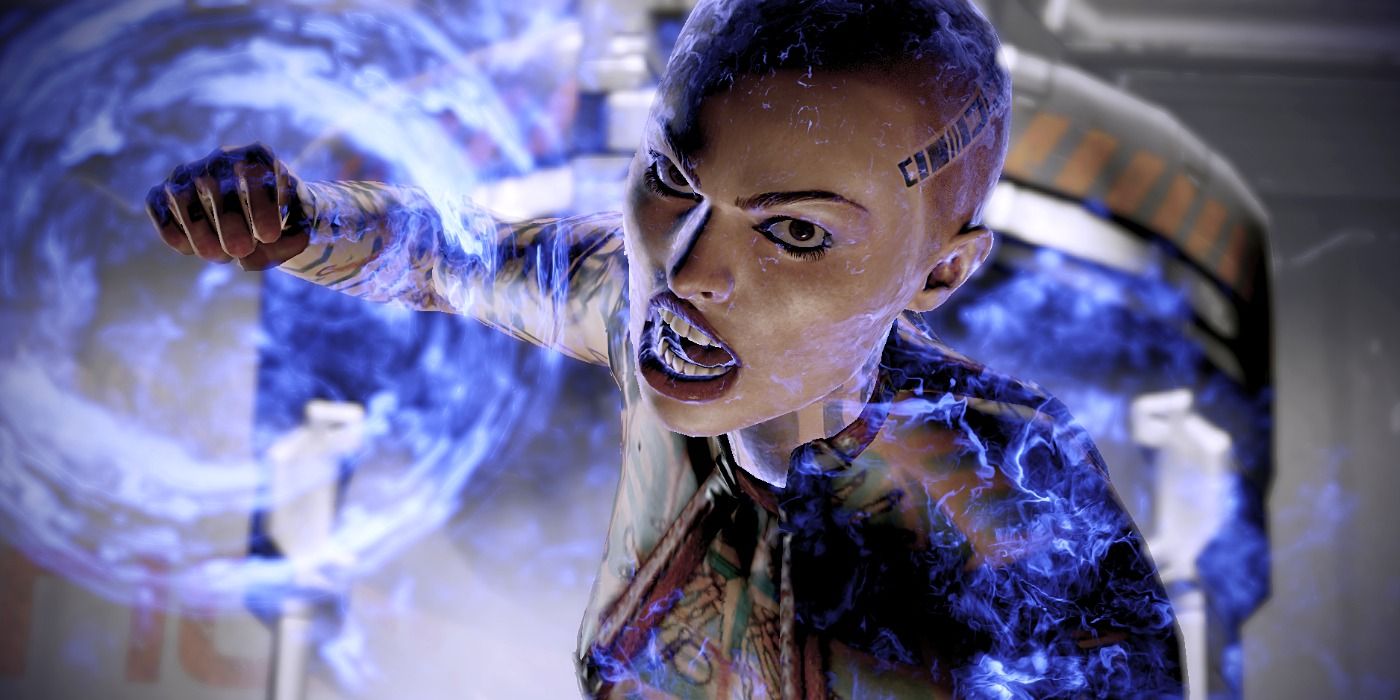 It’s not just about the individual choices either, it’s about the big picture. Shep’s personality evolves over the course of the trilogy, and their Renegade responses to even the minor, forgettable exchanges shape who they are. I Renegaded so hard my face literally fell off in Mass Effect 2, so I can say from experience that it very quickly shapes Shepard into an asshole.

Mass Effect is a shooter where you work for the military, and even though the enemy is the Reapers or the Geth rather than, say, the Russians, Renegade Shepard still feels very Earth First, pro-industrial complex. There are very few problems in Mass Effect which can’t be solved by bullets. Even the more heartfelt stories, like Tali’s father’s tribunal, throw up random faceless bad guys to be blasted through to remind you that war (ugh!), what is it good for, absolutely everything.

The first time I played it, I didn’t really take all this in. I just liked that Renegade Shepard was a bit of a jerk and got a load of funny lines. These days though, I’m not sure I want to be a Shepard like that. I’ll still probably call the Hanar a big stupid jellyfish, but otherwise I’ll be on my best behaviour. 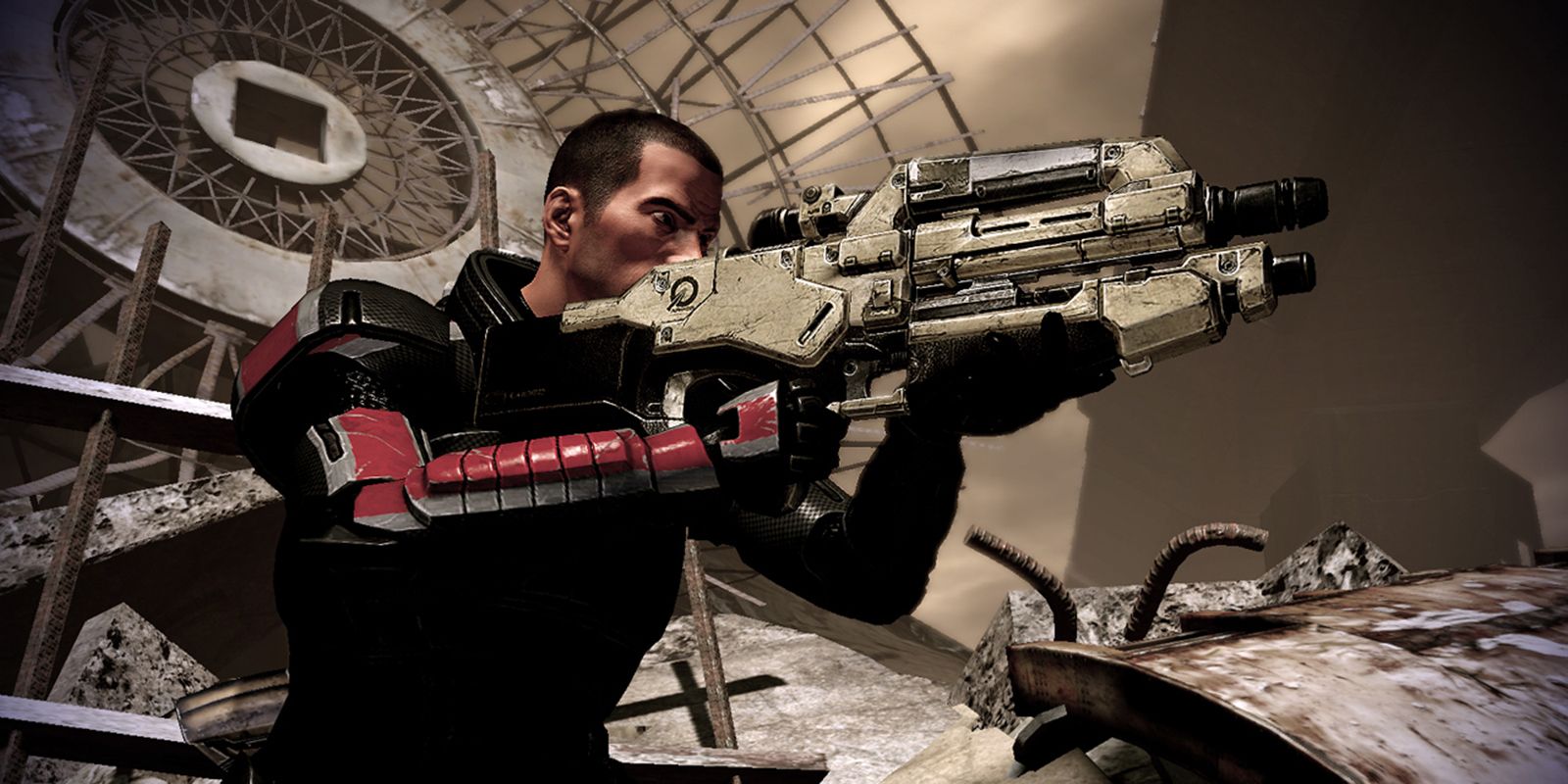 Shepard is supposed to represent Humanity, but it feels like a very American-centric Humanity. A Humanity where I’m right and you’re wrong because my gun is bigger. Too much of what Renegade Shepard does is selfish, destructive, and far too dangerous for their fractured world. Calling up the Council in the middle of armageddon just to have a pissing contest is such a stupid, showboating thing to do, and as we navigate real life crises with a cast of clowns at the wheel, it’s harder for me to see the funny side.

And ultimately, this bravado doesn’t even matter. Whether Shepard is kind and caring or a massive dickhead, the Reapers still invade and still kill millions. Shepard doesn’t get to charisma them away or swing their massive sniper rifle about to frighten them into retreat. They win. We lose. We all lose, and we’re all on the same team. So why shouldn’t we choose to be kind?

Next: Saren Arterius Is The Best Villain In Mass Effect 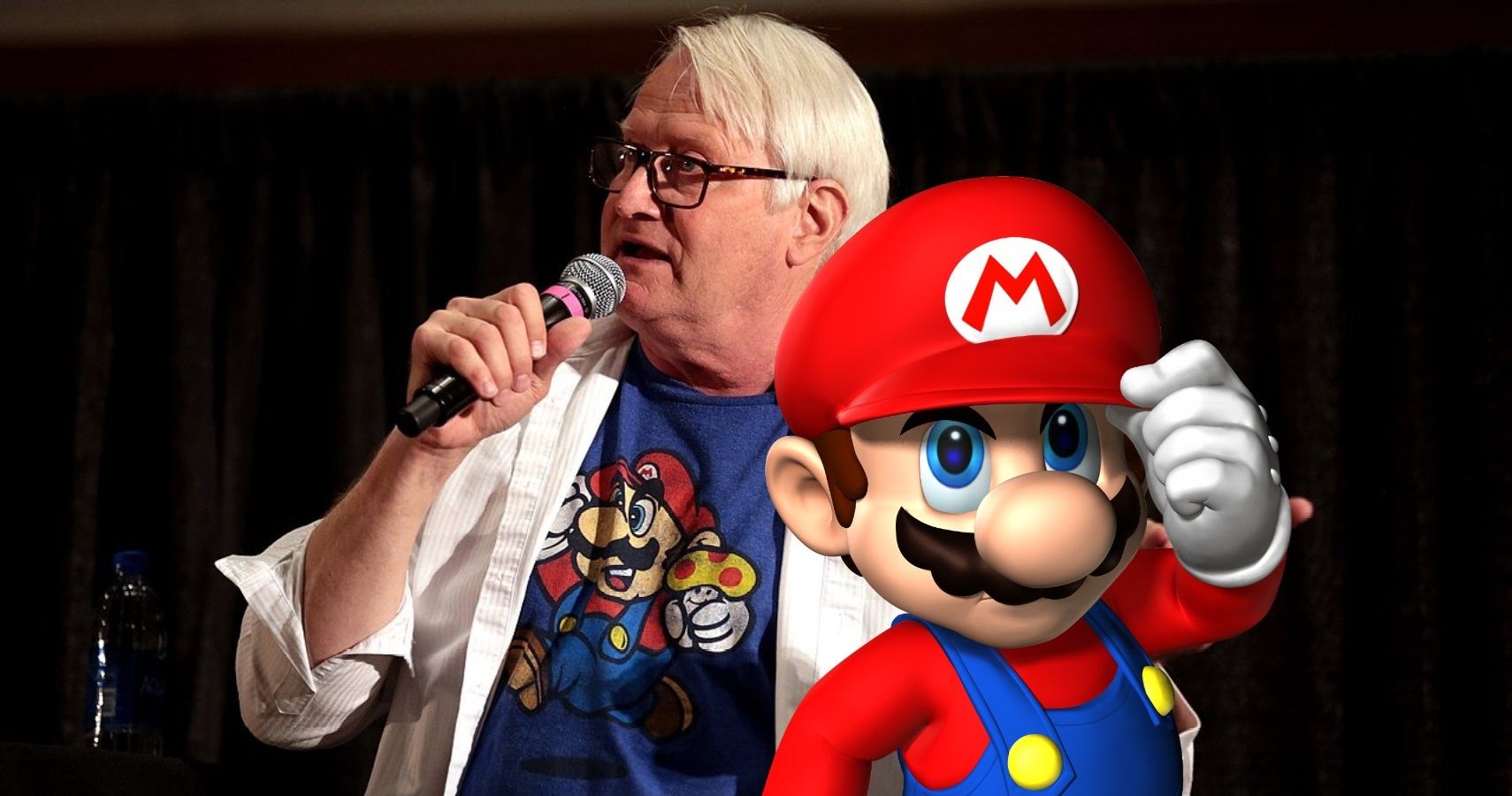 Stacey Henley is an editor for TheGamer, and can often be found wandering new lands, exploring vast terrains, or journeying to the edge of the Earth, but only in video games. In real life, she normally stays home. Find her on Twitter @FiveTacey

Related posts:
02/16/2021 Reviews Comments Off on I’m Not Sure I’m Ready To Renegade Again In Mass Effect
Hot News
StrikerVR and Immersion Are Collaborating on VR Haptic Peripherals
McDonald’s Pokemon Cards Are Selling For Big Money On Ebay
Noble and Premier Jump on Chess Hype Train With New Player Signings
Super Nintendo World Will Finally Open On March 18 In Japan
The Last Of Us Part 2 Has A Great Dodge Technique To Escape Bloaters
Recent Posts