Call of Duty: Black Ops Cold War’s Onslaught mode is a fine addition to the roster of arcade zombies fun, serving as a fun tie-over in the interim between map launches, but there are a lot of tweaks that could be made to give it an even sharper edge.

Currently, the mode adheres to a simple format. You fight waves of zombies within a circled-off space and every so often, an elite or duo of special enemies spawn to throw a spanner in the works. Surviving that spanner is the goal, with X number of those rounds being won garnering a ranked trophy – bronze, silver, and gold. However, before long, they turn into unbearable sponges where it’s less about survival and more about waiting out the sponge that is their health bars.

That’s where Onslaught needs a tune-up. Perks are doled out with each special or elite round won, meaning that all players get a completely random power-up that they will keep until they go down, but perks are about the only extra bit of help from the main Zombies mode that’s up for grabs in Onslaught, barring perhaps the scorestreaks. That’s what I’d change, and changing that could spell a new era of arcade fun in Zombies beyond those main, story-beat maps. 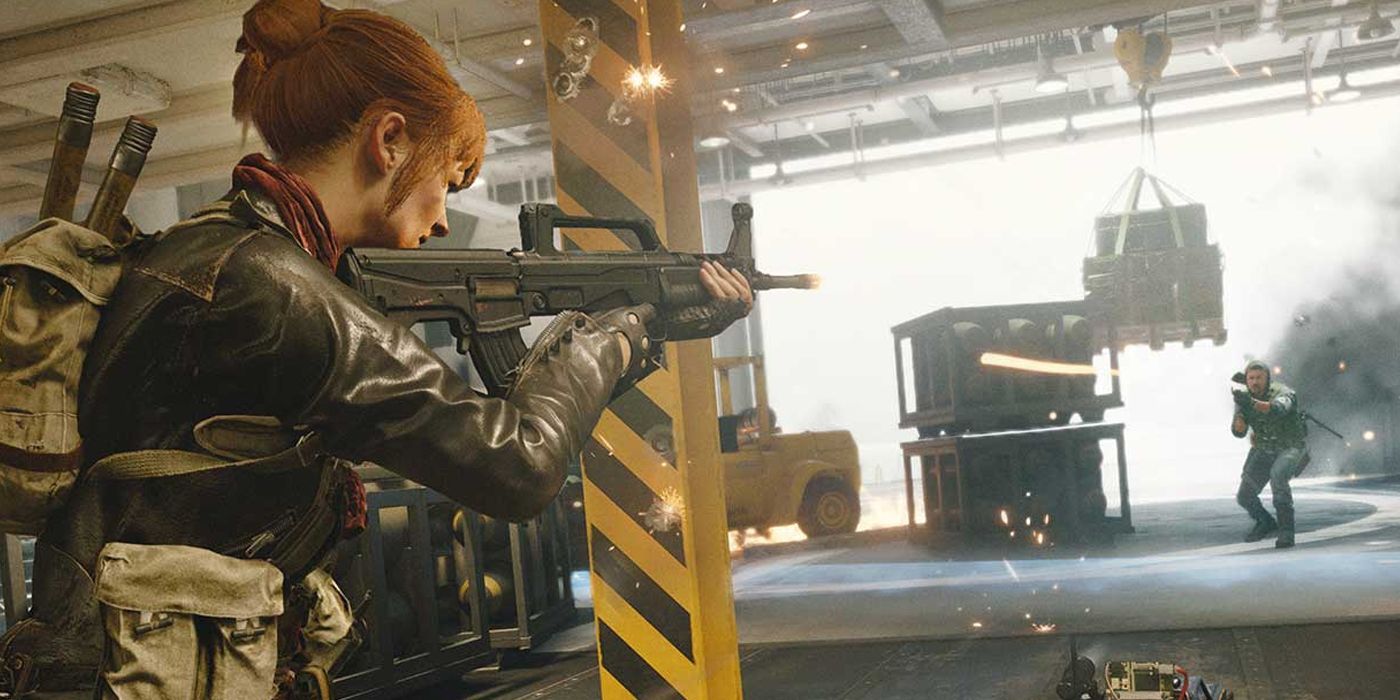 Onslaught’s elite and special foes don’t just drop perks – they also bring with them weapons, scorestreaks, and grenades, but the tier of the weapons dropped seems wildly inconsistent. Weapon rarity, in Zombies, is incredibly important. The higher the rarity, the higher the damage, and so it becomes as much a necessity to up your weapon’s rarity as Pack-a-Punching in later rounds, so having that steady incline in Onslaught offset by drops of nothing but lowest-end gear makes it even more difficult. It’s an RNG hellhole.

The solution is weirdly simple. Certain rarities should stop and begin dropping after a specific number of rounds. Common and uncommon loot fall in the bronze section of Onslaught, while rare drops in the silver. Epic then follows under gold while legendary drops thereafter. It’s an easy solution that would eliminate a chunk of RNG from onslaught while keeping the mode balanced and fair. After all, post-gold, isn’t legendary earned? It’s not like there are any further trophies to be had anyway. 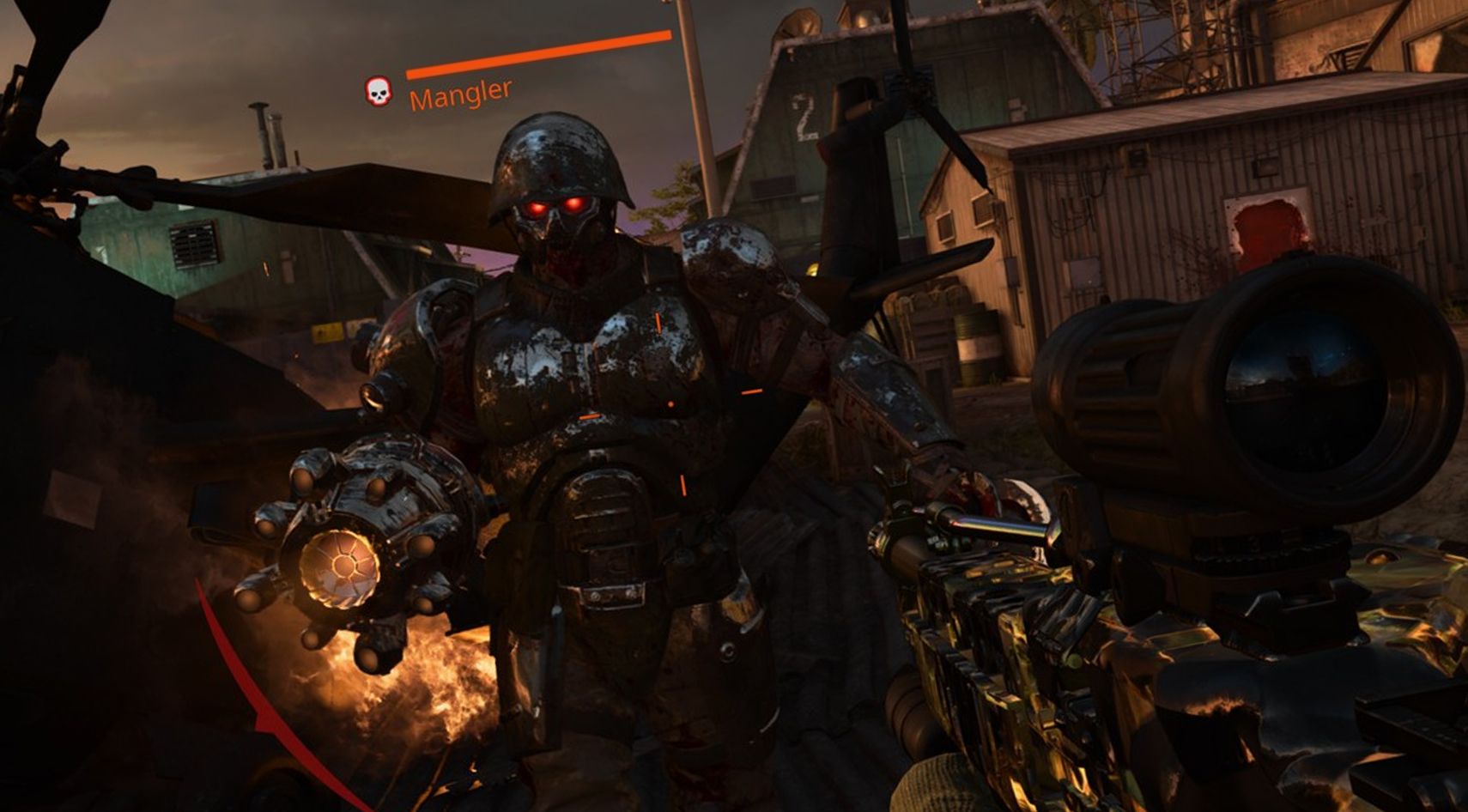 When it comes to normal Zombies, Cold War has a new little feature and it’s quite the quirk. Rarity and armor are now a part of the mode, but upgrading rarity or armor is something that can be done at a new station called the Arsenal. However, in Onslaught, the station doesn’t appear whatsoever and neither does salvage. Salvage, for context, is what’s gathered up from the corpses of zombies slain or from trials had, and if you gather enough of either uncommon or rare salvage – they work in different rarities of weapons and tiers of armor – then you can upgrade your arsenal. A fitting name.

Onslaught could certainly benefit from having one or two Arsenals per map with salvage being added to drop from both normal-type zombies as well as your beefier elites and specials, more so from the latter than the former. All of this is a call to eliminate as much RNG as possible, making the mode less about chance and luck of the draw and more about calculated survival, not unlike the main Zombies mode which tip-toes the fine-line of balance between the two to near-perfection, hence it’s decade-long standing in Call of Duty.

Not only would it allow for players to up their weapon’s rarity – letting those beginning weapons last a touch longer with the balance being their weakness earlier game – but it would allow for you to go beyond the first armor bar. In Cold War, armor has three bars – three tiers – and if you pick up an armor drop from zombies, then you get one, but picking it up thereafter means you fill that existing bar. To get bars two and three, you have to go to an Arsenal station and use salvage. With those not existing in Onslaught, you are limited to a singular armor slot. Adding these in would change that and let you decide whether you’d rather have a more powerful gun or better survival odds when taking hits head-on from rotting corpses and radiated foes. 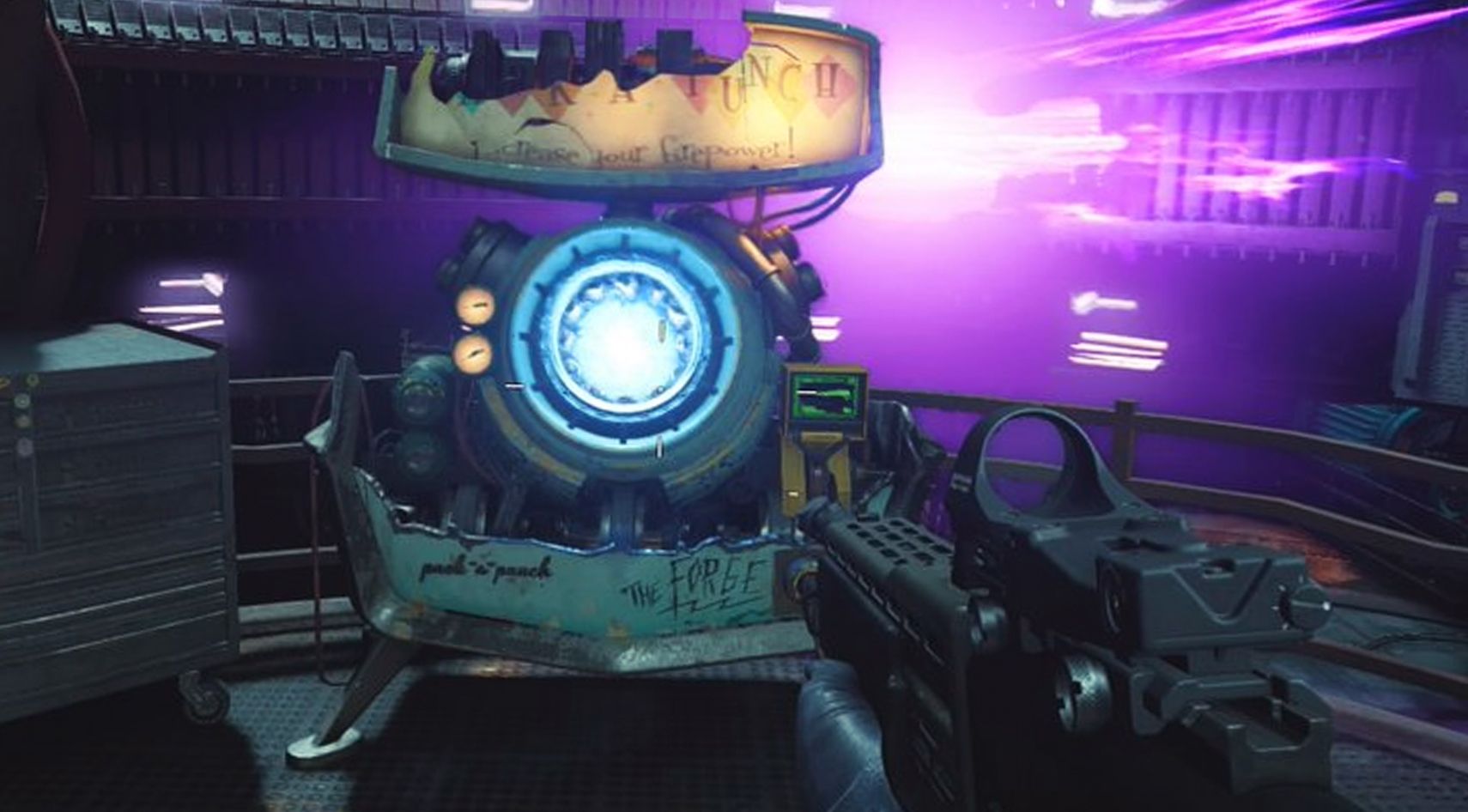 Naturally, Onslaught doesn’t have the famous Pack-a-Punch, the machine that modifies your weapon so drastically as to make it shoot borderline lasers out of its barrel while also giving it a neat new name and coat of paint. It annihilates elites and specials early game, and it definitely gives an edge over zombies, so it’s fair play that Treyarch opted to exclude it altogether from Onslaught. However, there is a place for it.

Again, once you have that gold trophy, what’s the harm in upping the fairness and giving you the tools to survive for as long as you can, just like in normal Zombies? There’s not much incentive to go beyond those trophies, but once you beat the elite or special that nets you a gold trophy? All weapons in your inventory should be Pack-a-Punched either automatically or through a power-up akin to Max Ammo, The Nuke, or Carpenter. After that, it’s a free-for-all to go ham and have as much fun as you so desire for as long as you possibly can – classic Zombies in a new mode.

Alternatively, or perhaps, on top of Pack-a-Punch, wonder weapons should make their debut in Onslaught. For a similar reason, they got the ax altogether – after all, the RAI K-84 would absolutely tear apart the Mimics and Manglers, let alone what it could potentially do to Megatons who are much harder than both to take down. It would completely eliminate the challenge in getting those three trophies – each of which comes with actual XP as a reward – if you were able to get a wonder weapon. So how could Onslaught include it?

Well, again, it comes down to the post-gold portion of Onslaught. At that point, you’re essentially at round 30 onwards with base weapons and your perks, so why not, with trophies out of the way, have the last elite or special killed drop a wonder weapon for one of the two players to use? Now, there are not many so far – the Ray Gun, RAI K-84, and D.I.E., but the D.I.E. sports five modes.

There’s the base Shockwave, the Cryo-Emitter (Ice), the Nova 5 (Toxic), the Electrobolt (Lightning), and the Thermophasic (Fire) modes. Each of these could be a potential drop since each plays completely different from the last. This essentially means that, so far, there is a pool of seven wonder weapons. Throwing that as an in-game reward for reaching gold would certainly add some fun to the afterparty.

All in all, Onslaught is a neat little new mode – unfortunately, exclusive to PlayStation (and will be until the next Call of Duty releases) – but it could do with some alterations to bring it up to the quality of the main Zombies mode. It’s understandable that Treyarch has opted to simply abstain from including certain key features given the aim of balance, but there are ways that balance can be maintained while also bringing in these main mode features. If it becomes too easy – which it has anyway with the inclusion of Firebase Z’s Mimics and Manglers – then they can always up the number of elites and special rounds won to get that gold trophy. 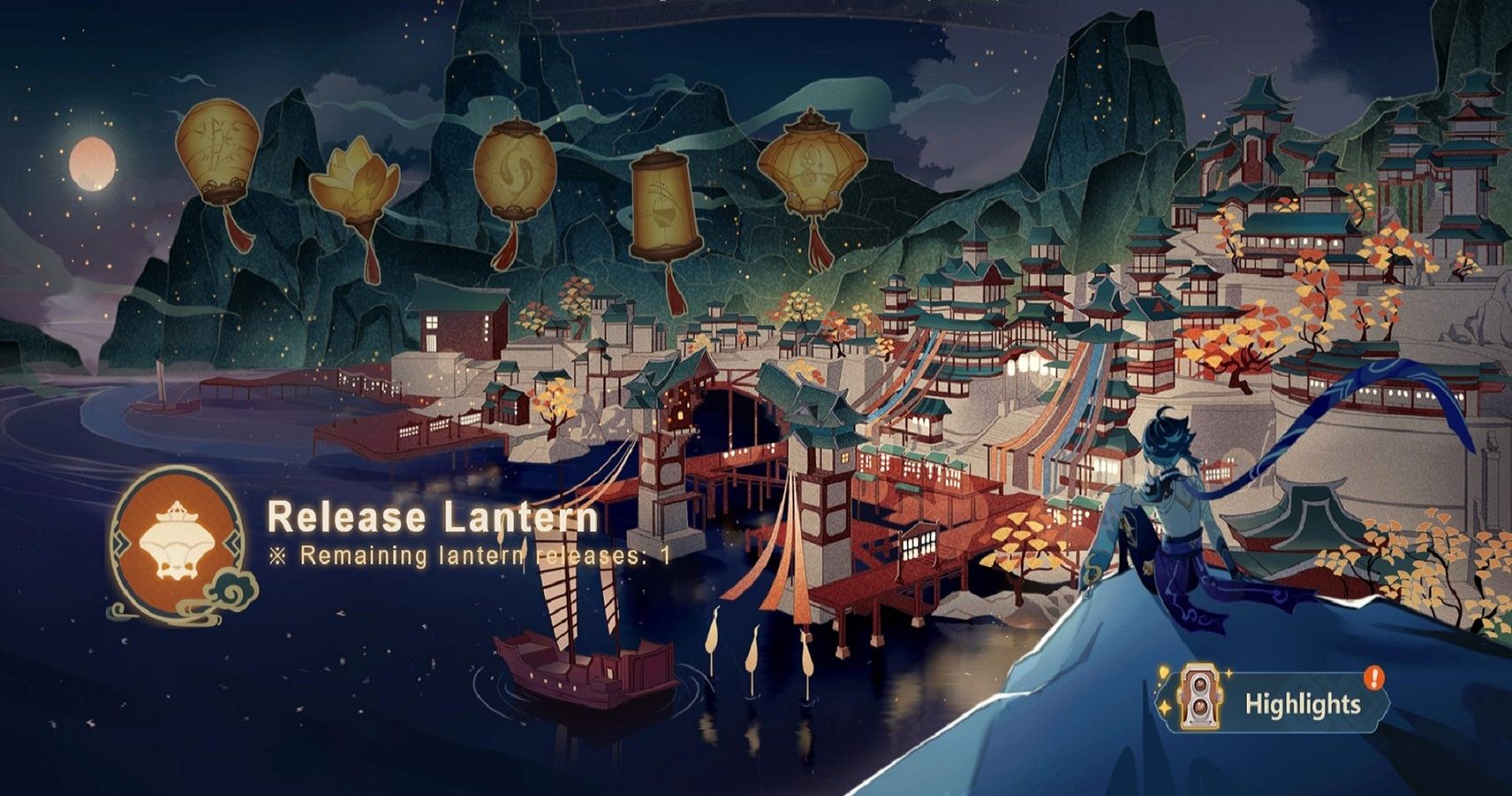