News that this furniture piece would be absent from New Horizons surfaced earlier this week when data miners who had access to early copies of the game noticed a lack of a chair resembling an amphibian in the game files. One Twitter user @OatmealDome tweeted this past Tuesday about the lack of the froggy chair after doing a dive through the files of the available furniture in the then soon-to-be-released game.

Now, three days later with the game officially released, it appears the data mines were true, as there’s been no reported sighting of the infamous froggy chair anywhere. 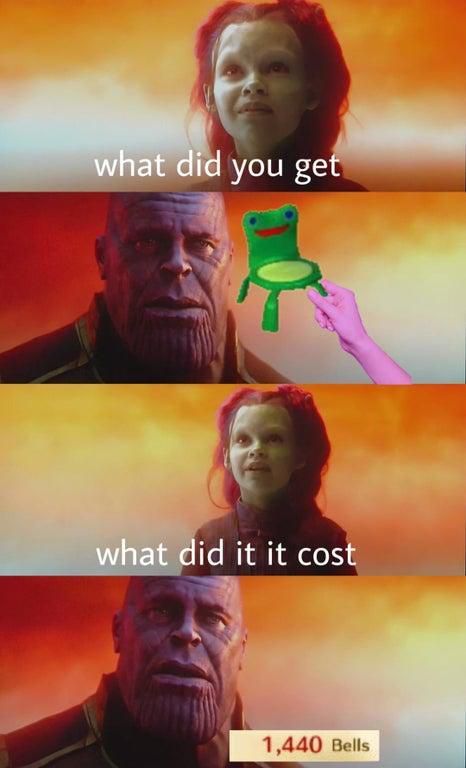 Therefore, anyone can see that it’s a piece that’s essential to the Animal Crossing family and therefore must be added to New Horizons!

While it’s unfortunate that there is no sign of froggy chair at the moment, it doesn’t mean all is lost. There is still a chance Nintendo could add the froggy chair into New Horizons in a future update, event, or in a DLC.

Determined gamers are not giving up without a fight, and have already started the #BringBackFroggyChair hashtag on Twitter to make their voices heard. Nintendo, have you guys seen this?