It Takes Two is enjoying more success than its developers could have ever imagined. In the space of its first month, Hazelight’s co-op game has topped Steam’s best-sellers chart and has already managed to sell one million copies. You will also struggle to find a single bad review of the game out there because honestly, it’s hard to find an area of It Takes Two that has been mishandled. As Hazelight head Josef Fares put it recently, it is a welcome reminder that there is still a very big market out there for co-op games, providing they are very well made.

As soon as you start to play It Takes Two, you will likely be reminded of something. Something you might not be able to put your finger on right away. Once you sit back and let Dr. Hakim annoy Cody and May a few times, as well as watch a few more of the game’s terrific cutscenes, it’ll hit you. It Takes Two is basically a Pixar movie that you can pick up and play. 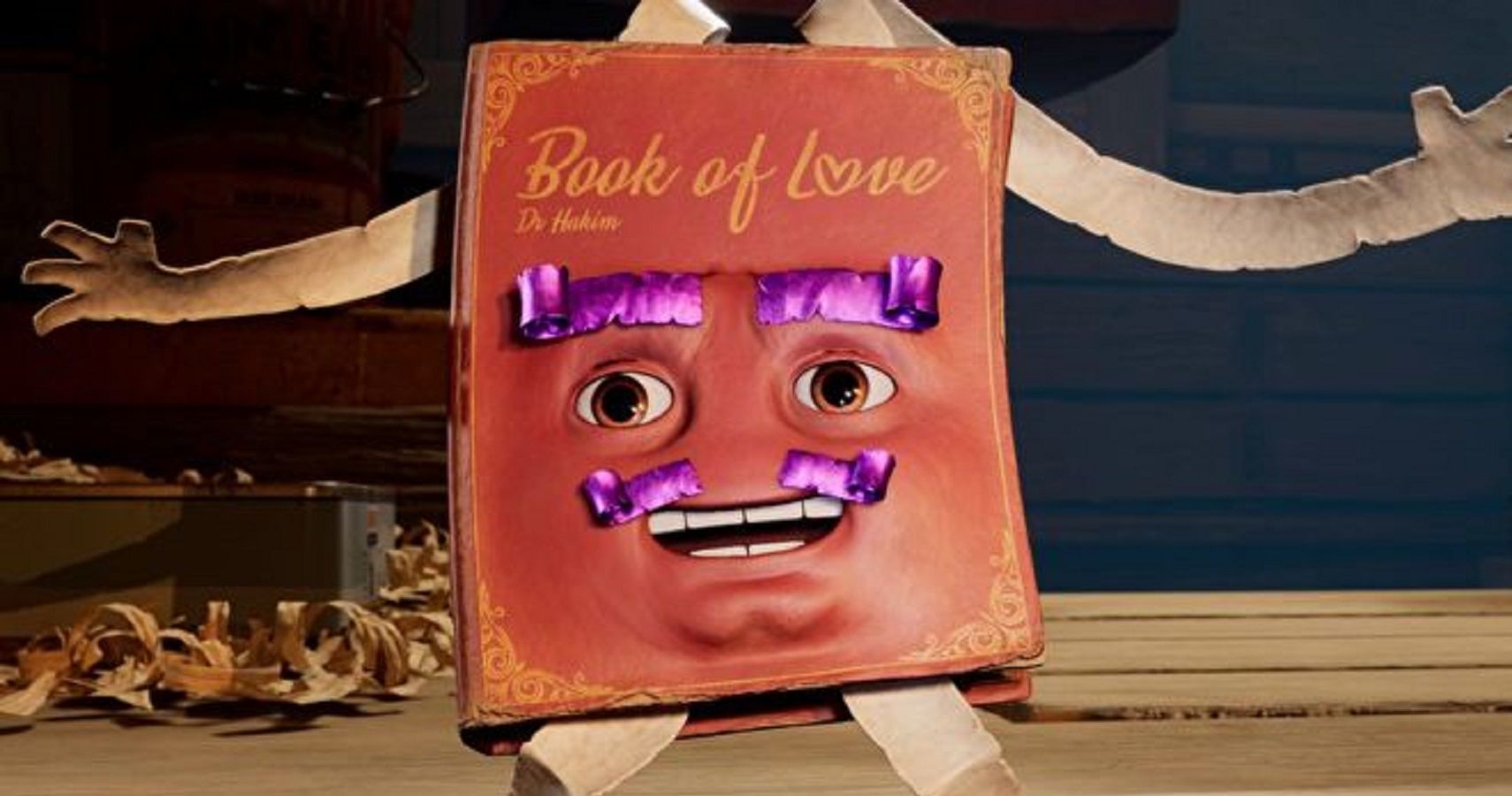 Larger Than Life, Better Than Pixar

If you are yet to finish It Takes Two, or maybe you haven’t even started, don’t worry, you’ll find no major spoilers here. We’re just here to talk about its themes, characters, and the world in which the game takes place. All three of those elements and more could have been lifted right out of a Disney classic. Since Cody and May have been shrunk down and squeezed inside of two dolls made by their daughter, and their tour guide is an anthropomorphic book, the world you must traverse is quite literally larger than life. Toy Story, A Bug’s Life, Inside Out, it’s something Pixar has done well time and time again. However, we would argue Hazelight has done an even better job of it via It Takes Two.

The character design is also reminiscent of something Disney might come up with. The plant on Cody’s head. May’s wooden joints. How each of the items the couple must use throughout their journey has been meticulously crafted to blend perfectly with their designs and surrounding environment. From the nails Cody carries on his back to the magnet that will help bring the couple together. Like a big-budget movie or a TV show with an esteemed director, nothing in this game is random. It all means something.

How Is A Game Where You Control Living Dolls This Relatable?

This brings us neatly onto its themes, its jokes, and who exactly it is trying to entertain. If you have played It Takes Two with your significant other, then you might have encountered a couple of awkward moments where Cody and May bring up elements of their relationship that relates to your own. It might not have reversed a real-life divorce, but we wouldn’t be surprised to hear couples playing It Takes Two together have become stronger for it. One couple actually got engaged after completing the game while the credits were still rolling. Plus, it isn’t the most difficult game in the world. A child can easily play along with a parent. Again, just like a Pixar movie, even though It Takes Two appears to be geared towards one demographic on the surface, there is actually something for everyone. 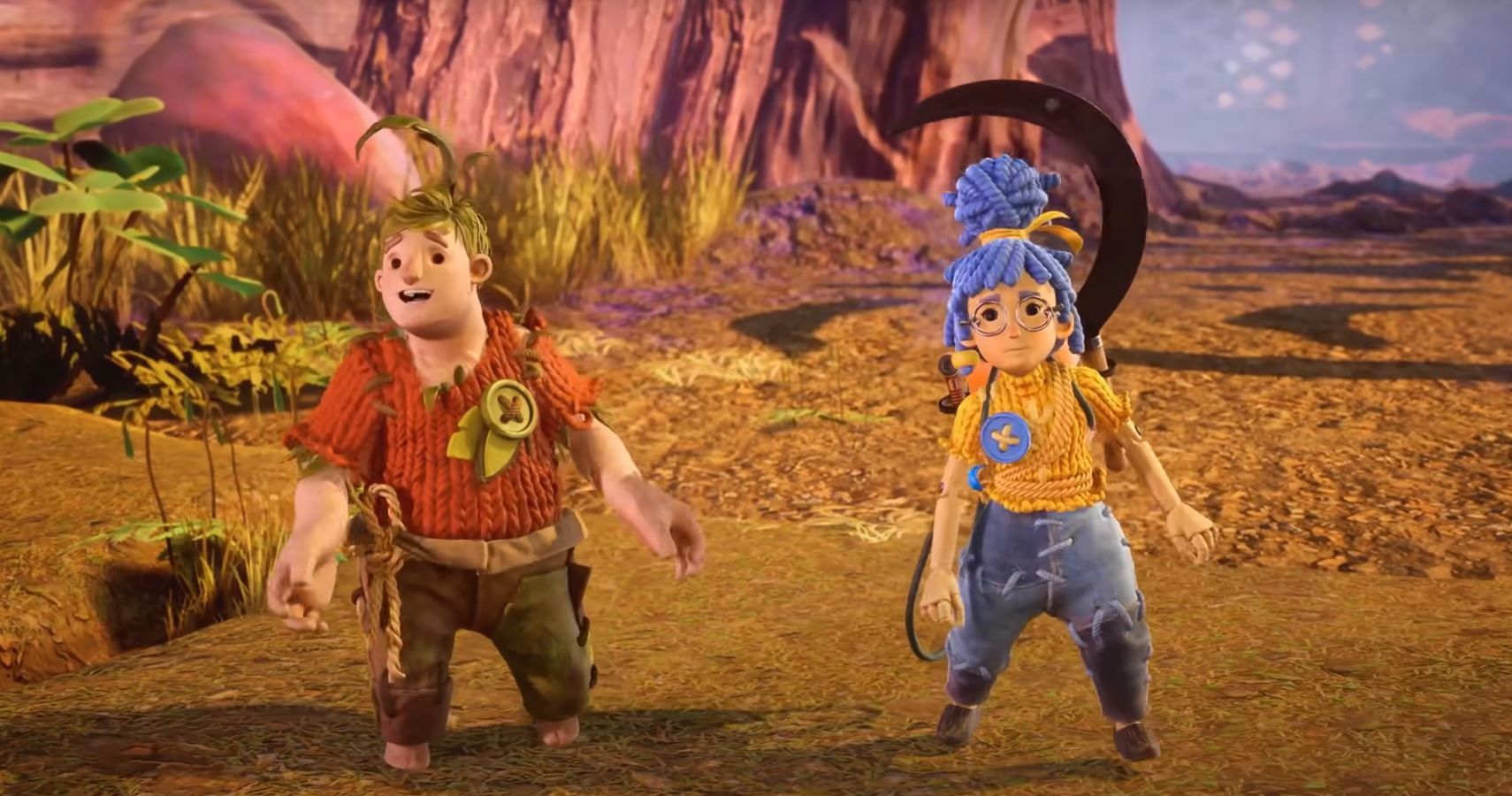 The only thing that annoys us about It Takes Two isn’t that it’s not a movie. It absolutely should be a game, no matter how much DNA it shares with some of Disney’s best films. It’s that it being a game means not as many people will see and enjoy it as would do if it were a big-screen blockbuster that bothers us. On the bright side, word of mouth has managed to get more people playing than its creators were expecting. We will continue to spread that word as much as we can.

Perhaps down the line, It Takes Two will be turned into a movie, and everyone who didn’t play the game will be shown what they missed out on. In case you hadn’t heard, movies based on video games can actually be good now. Go watch Detective Pikachu, Sonic the Hedgehog, and Mortal Kombat if you don’t believe us. As the title of this article suggests, however, It Takes Two: The Movie might need a couple of big musical numbers, perhaps the only thing the game is lacking. Just imagine Dr. Hakim singing his lessons rather than yelling them, or the snow people May and Cody free from the ice breaking out into song. There isn’t enough singing in games full stop, but that’s a topic for another time.

NEXT: Man Arrested For Allegedly Attempting To Assassinate MiHoYo Founders 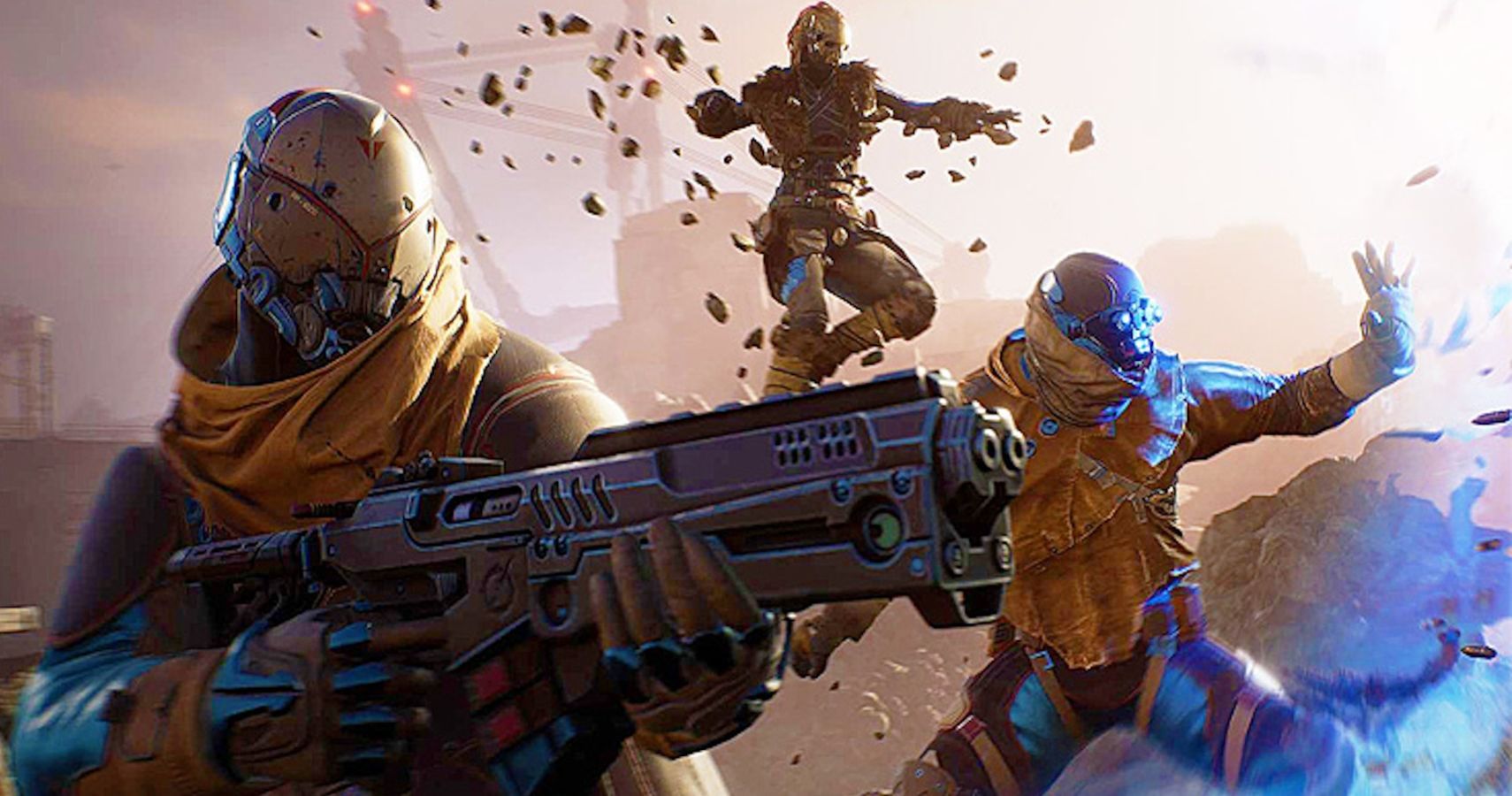