The Legend of Zelda: Majora’s Mask remains one of the tightest entries in the series. Its focus on small scale humanism versus grand fantasy cataclysm is one of the boldest creative risks the franchise has taken to date. Only Spirit Tracks‘ willingness to straight-up kill Zelda and Link’s Awakening‘s mindfuck of an ending come close to matching it in terms of off-kilter originality.

What helps to accomplish this small scale are the myriad inhabitants of Clock Town, who all play a huge part in the game’s narrative. As you reset the same three-day period over and over again, you begin to get a better sense of who everyone is. By the time you’ve reached the game’s conclusion, you’ve grown attached to the town, and you fully understand the lives at stake should you fail to stop Skull Kid.

And while there are numerous fantastic supporting players, like Cremia and Lulu, the first thing that always comes to mind when discussing Majora’s Mask are its doomed lovers – Kafei and Anju. Out of everything that happens in the game, their story remains the narrative highlight to me, and their romance is still my absolute favorite in the franchise. 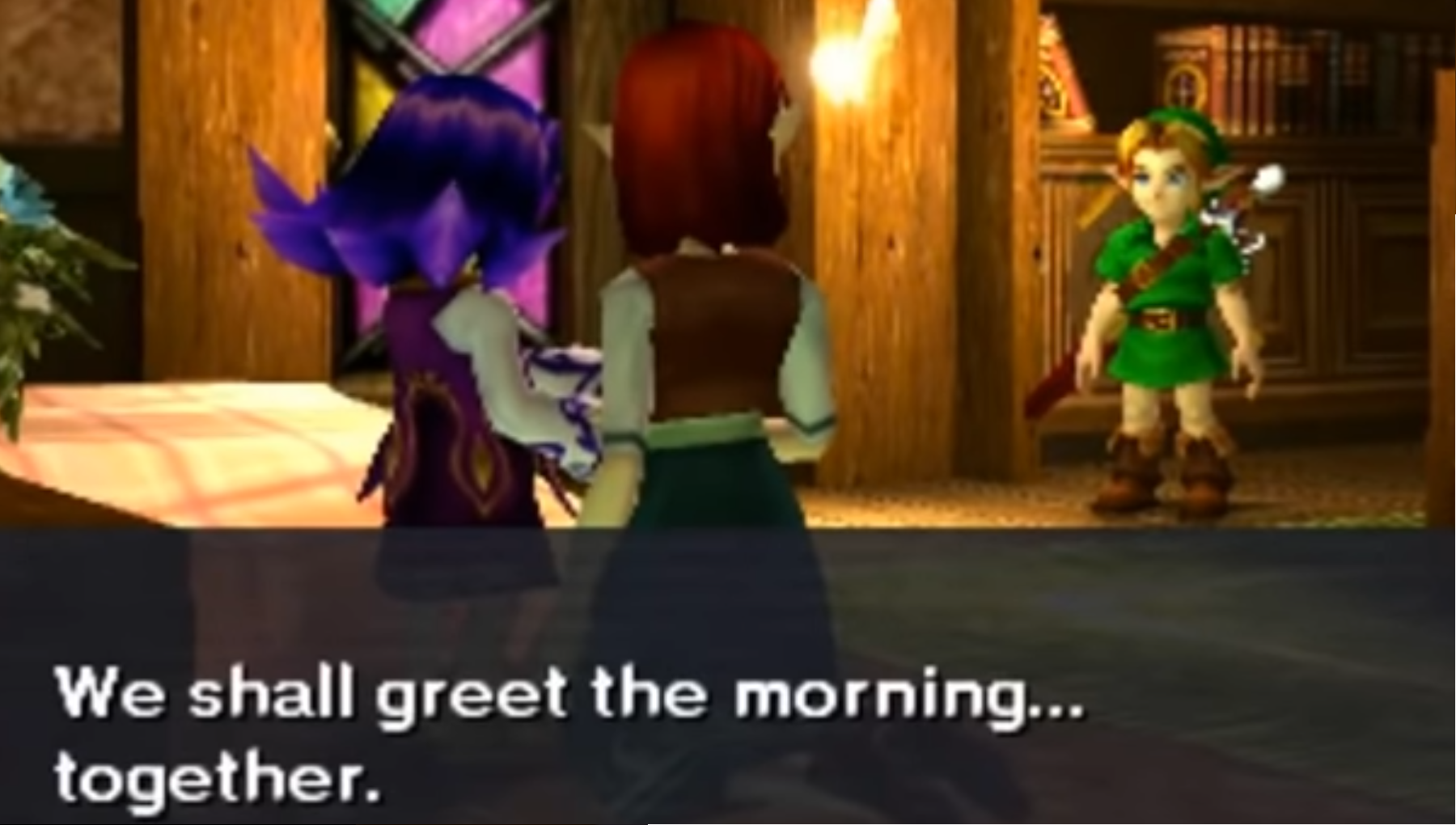 For the unfamiliar, the storyline follows the mayor’s son Kafei, who pines after Anju – the daughter of a family that owns the local inn. The two eventually fall for each other, and agree to get married some time after that. At marriage, they plan to fuse their Sun and Moon’s Masks to create the Lover’s Mask – a local custom that ensures a happy, healthy marriage.

Unfortunately, Skull Kid has other plans. The slippery villain puts a curse on Kafei, turning him into a child. Desperate, the young man goes to seek the aid of a Great Fairy, but is attacked by a thief and robbed of his Sun’s Mask. Kafei is then too ashamed to show his face to his fiance, and goes into hiding shortly thereafter. Anju is left wondering where her fiance went, as she lives out her final days alone and heartbroken.

It’s a tragic story, yes, but it’s one that Link can help write a happy ending for… well, kinda. Through an elaborate, arduous series of timed fetch quests, players can learn the entire tragic tale and reunite Kafei and Anju. However, this quest is notorious among Zelda fans for being arguably being the most frustrating sequence in the game. You have to complete tasks on specific times on specific days, which can be maddening when you consider each in-game hour only lasts for 45 seconds (or 150 seconds with the Song of Inverted Time.)

However, the quest is well worth it. Kafei and Anju are reunited at the end of the game’s third night, and they combine their masks as promised. Kafei’s curse isn’t lifted, but the two lovers get to spend their last moments alive in each other’s arms. For your efforts, you’re rewarded with the Lover’s Mask.

This storyline may seem bleak, and a first blush, it definitely is. A grown woman’s adult partner is turned into a child, and she learns this on the day that the earth is supposed to end, before eventually embracing him as they both die together. It’s a strange, somewhat askew story that grapples with fairly heavy thematic imagery.

However, in its own way, I’d argue that their storyline is actually pretty hopeful. First of all, you have to think about the overall arc of Majora’s Mask. At the end of the game, Link triumphs over the Skull Kid, breaks the three-day cycle, and prevents the moon from smashing into Clock Town. The grim fate of Kafei and Anju never comes to pass, and eventually, the two are married.

Personally, I like to think that this love story is one of the driving impetuses behind Link’s fight to defy fate. In the span of three days, he becomes engrossed in a convoluted tale of star-crossed lovers, evil curses, and ceremonial masks, only for his efforts to set things right to get dashed against the rocks. This pure, genuine love between these two people is snuffed out before it has a chance to fully blossom, which is compelling motivation to stick with the game’s main quest and prevent the impending tragedy. 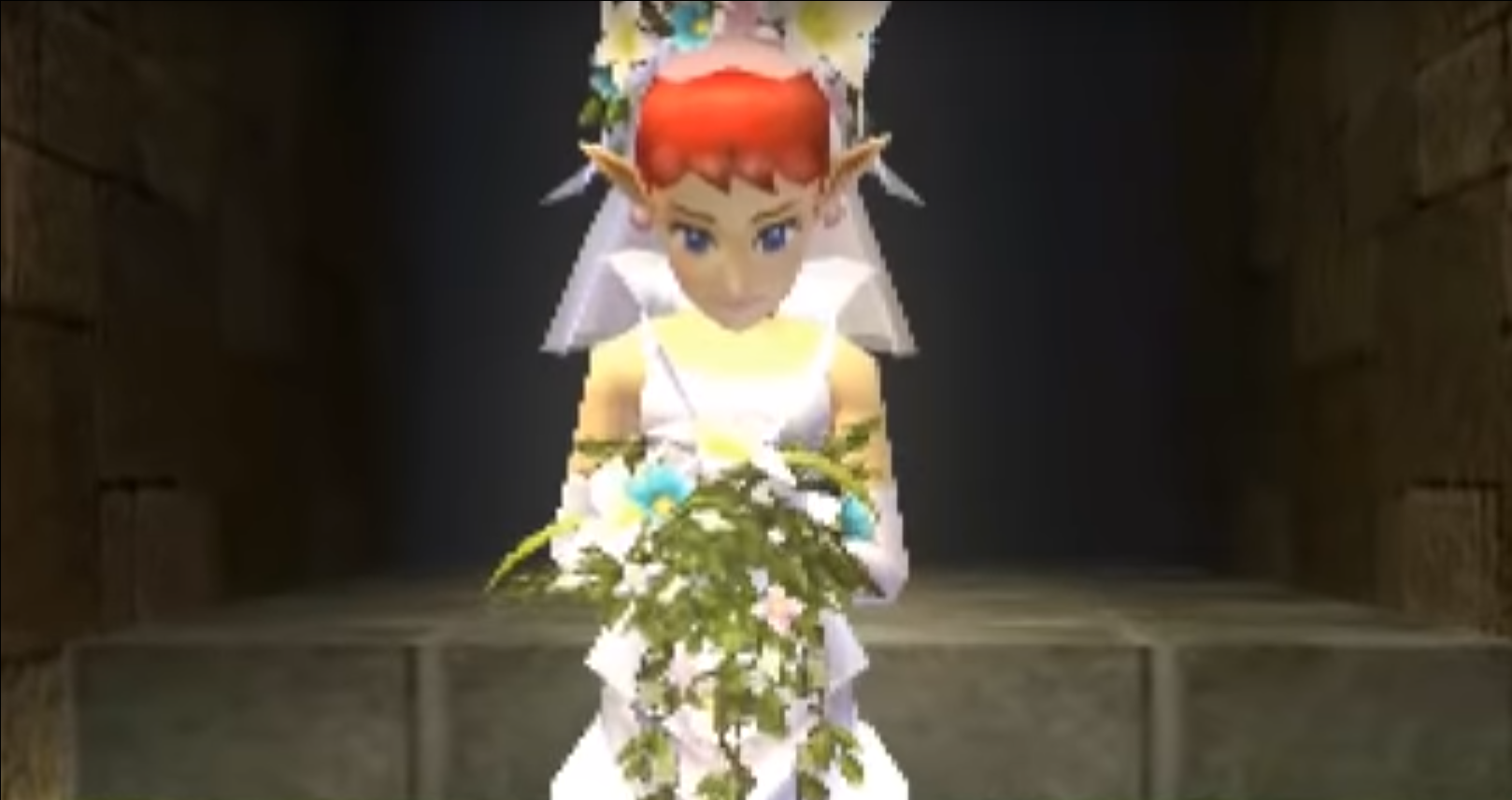 I also think that Kafei and Anju’s story is hopeful in how it depicts the perennial tale of love overcoming all obstacles. This is a couple who have gone through hell and back to stick together, and whose basic chemistry is thrown off by Kafei’s transformation into a literal child. And yet, in the last hours of their lives, there’s nowhere else they’d rather be than holding each other until their final breath. Seeing this story of true, undying, shameless love is a reminder of just how much being with the right person can make even the worst times feel more okay.

At the proper end of Majora’s Mask, Anju and Kafei finally get married. However, players never get to see Kafei’s face, leaving it up to interpretation what he might look like. That said, his first-person perspective is bit taller than Anju, assuring us that his curse was lifted. The thing is, though, is that you don’t need to see him to appreciate everything he’s been through. The affection that he and Anju share is strong enough that you feel closure just knowing they stay together, even in a new timeline that you helped create.

This gets at the heart of Majora’s Mask’s understated beauty. Yes, you do stop a massive moon from devastating an entire region, but that’s comparatively small potatoes compared to most Zelda narratives. Nintendo’s approach on this go-round wasn’t to set a massive, sprawling stage, or give players a global, otherworldly threat to purge. Instead, they wanted to remind players of the actual human lives at stake, and to prevent them from ignoring characters for the sake of going on an adventure. And while this is absolutely present in the “main” questline, it’s sidestories like Kafei and Anju’s that really hammer that point home.

Kafei and Anju, then, serve as two characters that embody the core theme of Majora’s Mask’s entire premise. It’s for that reason that, to this, they remain my absolutely favorite couple in the franchise.

Next: The Best-Tasting Pokémon Are (Mostly) Endangered 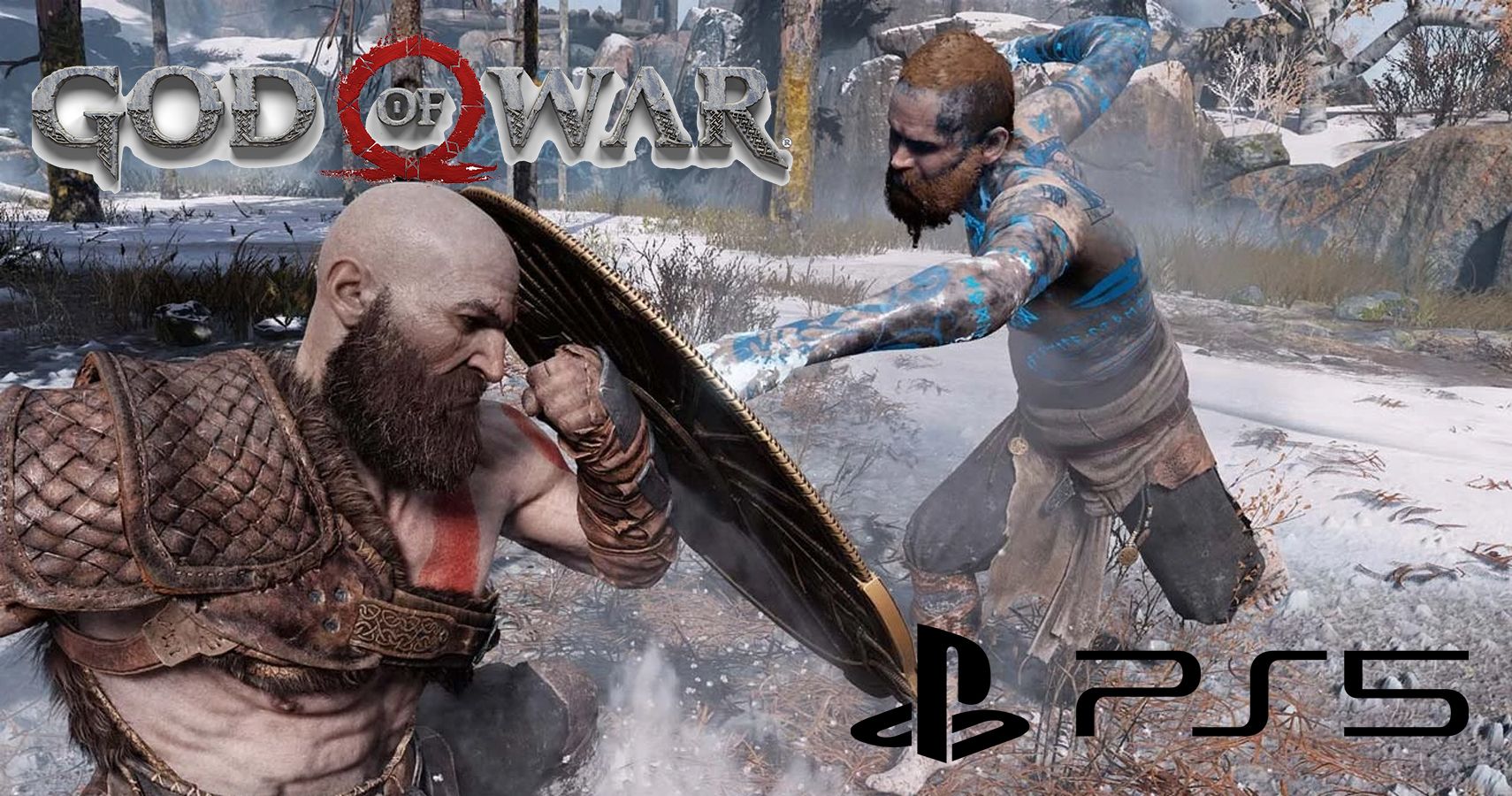 Related posts:
10/27/2020 Reviews Comments Off on Kafei & Anju From Majora’s Mask Are Still My Favorite Zelda Couple
Hot News
Pokemon GO Shiny Snover: How to catch shiny Snover in Holidays 2019 Event?
The Tetris Movie Finds Its Home At Apple TV Plus
Well, At Least You Can Still Play Nier: Automata With Music On Twitch
Rival Peak aims to be a massive game-like reality show with AI characters
Nvidia GeForce RTX 3060 Ti: 3440×1440 ultrawide benchmarks
Recent Posts
This website uses cookies to improve your user experience and to provide you with advertisements that are relevant to your interests. By continuing to browse the site you are agreeing to our use of cookies.Ok