The best way to solve a problem in Skyrim is violence, whether you're slicing that problem's head off with an axe or skewering it with an ice spike. But what if you want to be an adventurer in Tamriel's frozen north without directly harming a single soul? Thanks to the the game's many interlocking systems, this is totally possible—just difficult, particularly if you decide to role-play a hardcore pacifist who doesn't even let other people do the killing for them.

First, let's assume 'pacifist' just means not killing anyone directly. There are a lot of ways to do this in Skyrim, and it's possible to clear out entire dungeons, and bandit camps without getting your hands dirty. With Illusion magic you can use mind-altering spells like Fury, which turns enemies against each other. You can even cast this spell and its higher level variants while hidden, which means you can stay concealed and watch them fight to the death.

Then there's Conjuration magic, which lets you reanimate corpses to do your bidding, or summon friendly creatures to fight for you—including powerful Daedra. You can also buff summoned creatures' abilities using stat-boosting Illusion spells such as Call to Arms, making these schools particularly effective together. Magic is the best way to play Skyrim while avoiding direct combat, and you can be just as powerful as a regular sword swinger. 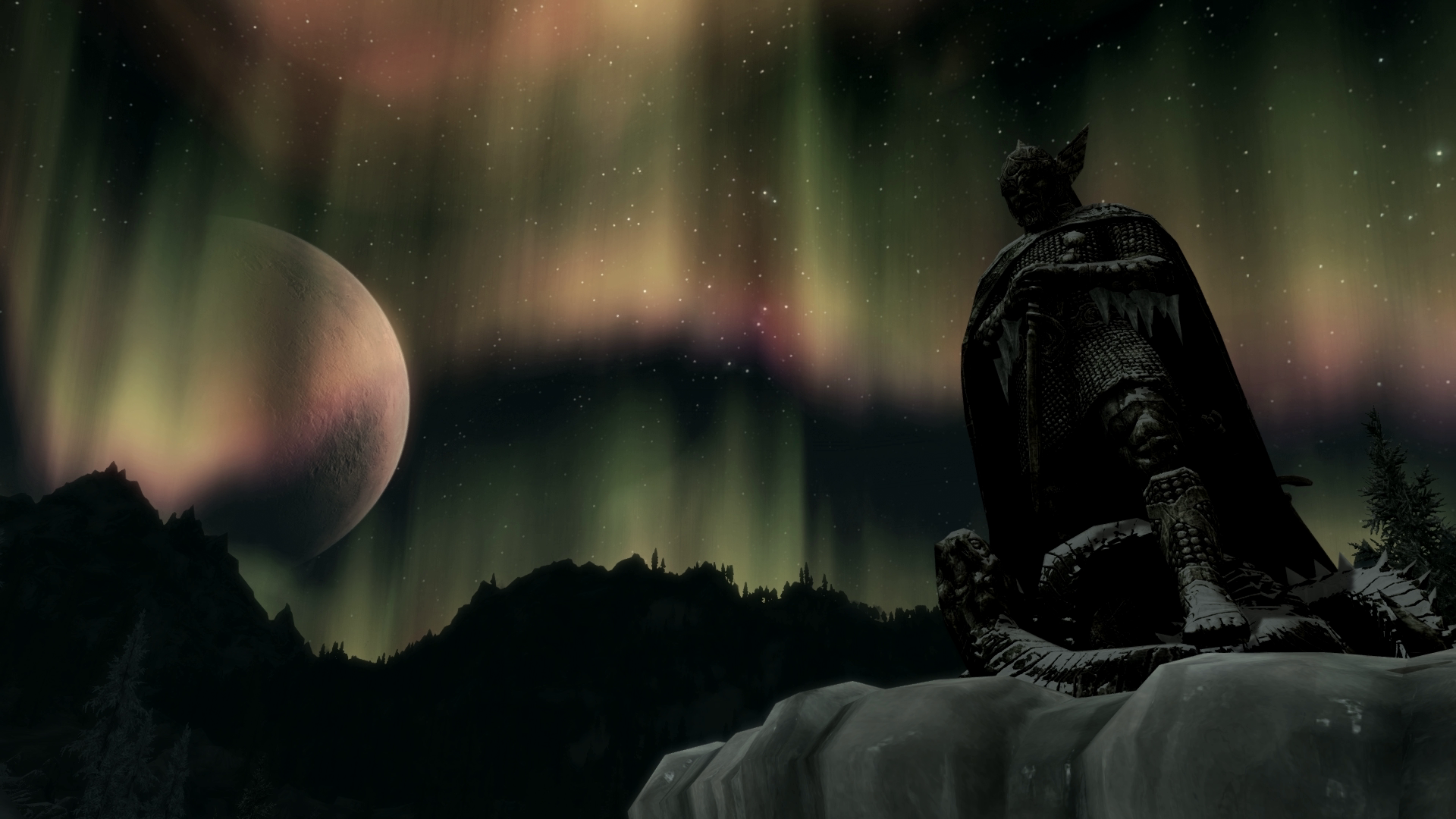 Followers are also essential. There are over 50 characters in Skyrim who can be recruited to accompany you on your adventure. These include paid-for mercenaries, one-off quest characters, and bodyguards assigned to the player when they become the Thane of a hold. With a strong companion like pure-blood vampire Serana in your party, you can easily get through most combat encounters—especially if you buff them with high-level Illusion spells.

Playing Skyrim this way—let's call it a light pacifist run—is a lot of fun, encouraging you to make use of skills, abilities, and spells you might otherwise ignore in favour of bludgeoning enemies with maces and axes. It also brings the best out of the game's chaotic systems and AI. But if you want to take things a step further, you can play in a way where the number of creatures, people, or other sentient beings killed on your stats screen never rises above zero.

Follower kills count towards this total, so mercenaries and summoned monsters are out. This severely limits your options, but it also forces you to get even more creative with manipulating the game's systems. You can always rely on stealth, of course. Using Illusion spells like Muffle, Calm, and Invisibility to sneak past enemies, or distracting them by shooting arrows at walls or using the Throw Voice dragon shout. But sometimes, someone's gotta die.

But how do you kill someone without the game considering it a kill? There are a few ways—and none are easy. In dungeons, traps are your friend. Enemies can be lured into battering rams, rockfalls, and swinging blades, and if they die in the process, it won't count against you. You arguably still have blood on your hands, but in the eyes of the game you're innocent. Take note of tripwires, levers, and pressure plates as you move through a dungeon. 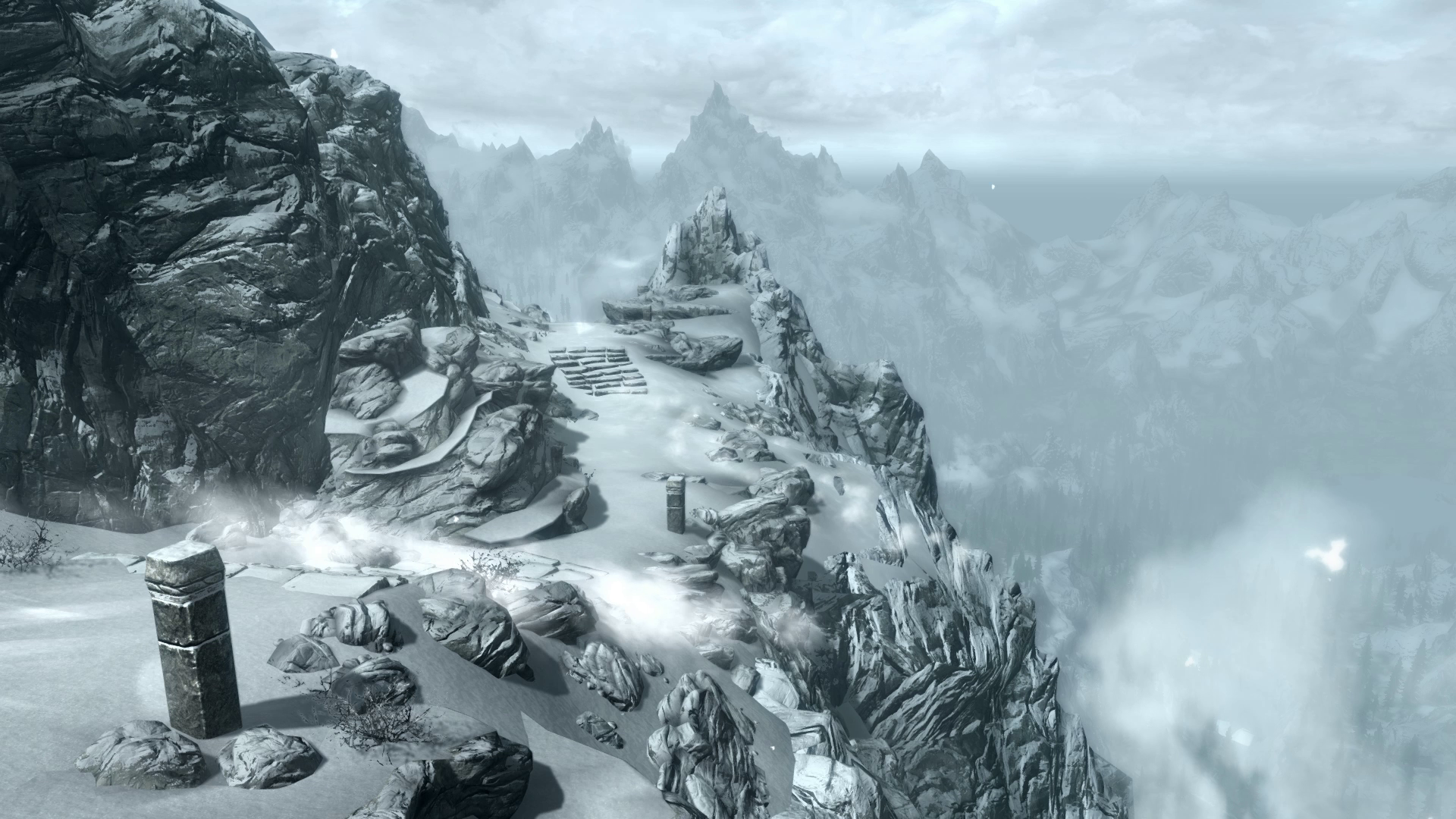 The Unrelenting Force dragon shout (y'know, the fus ro dah one) is pretty useful too. When fully upgraded, the powerful blast of energy it unleashes sends enemies flying backwards. If they die—from, say, being thrown off a cliff or into a wall—it'll count as environmental damage and you won't be marked as the killer. You can also use Unrelenting Force to push enemies into traps, making this one of the most reliable abilities for a pacifist character.

This is borderline, but if you kill (indirectly, of course) a hostile Redguard named Umana, located in the dwemer ruins of Alftand, she'll drop a unique shield called the Targe of the Blooded. Whack an enemy with this and it'll inflict 3 points of bleeding damage for 5 seconds, and eventually (very, very slowly) they can bleed out, and you won't be considered the killer. Some pacifist players swear by this, but the damage you cause is a little too direct for me.

But for the most part you'll be relying on Illusion spells like the aforementioned Fury and its big brother, Mayhem. Enemies who murder each other, even if you're the one who manipulated their minds with magic, won't increase your kill stat. Some powerful enemies, including bosses and dragons, can resist this magic, however, which complicates matters. But hey, you didn't decide to play Skyrim as a pacifist because it would be easy, right?

Whichever flavour of pacifist run you settle on, and how far you decide to take it, role-playing as a Dragonborn who doesn't like to get blood on their fancy armour is a unique, interesting, and enjoyably challenging way to experience the game. Before you start a new character, create your own set of rules about what they are and aren't allowed to get away with—then see if you can make natural progress through the game while sticking religiously to it.