Mass Effect Legendary Edition has done phenomenally well, that can’t be denied. Remastering this iconic sci-fi trilogy has created the definitive way to experience the story of Commander Shepard. But as we bask in the 60 FPS glory, it’s worth remembering that old doesn’t always mean bad – and in some cases, some classic BioWare jank is sorely missed. This RPG powerhouse shouldn’t hide from its clunky, ugly past. Far from it. BioWare should instead ensure that its next remaster is actually a demaster.

Mirror Mode is a series dedicated to saying a game would be perfect, if only it was the exact opposite of what it is. Today we’re diving into the chaotic possibility of an official Dragon Age Demasterd Trilogy – and how it might not actually be such a terrible idea.

Dragon Age: Origins released in 2009, and good lord, does it show. Being one of its most dedicated supporters, detractors are quick to highlight that the character models have not aged well, and that its animations didn’t even look good for its time. Fine, I’ll allow that. But I’ll never understand the fans that complain about its combat and RPG elements. I’m on playthrough number six right now, and never before have I found a game so accommodating to all playstyles. Healers, shapeshifters, tanks, duelists – I’ve always found a use for different builds, and the endless customization keeps me coming back.

This is a far cry from the offerings of Dragon Age 2 and Inquisition, in which I never felt in full control. The main reason of course being that the companions learned to dress themselves in the sequel, so I can’t kit them out in what I want. And of course, everyone in Thedas forgot healing magic in Inquisition, so options just keep disappearing. 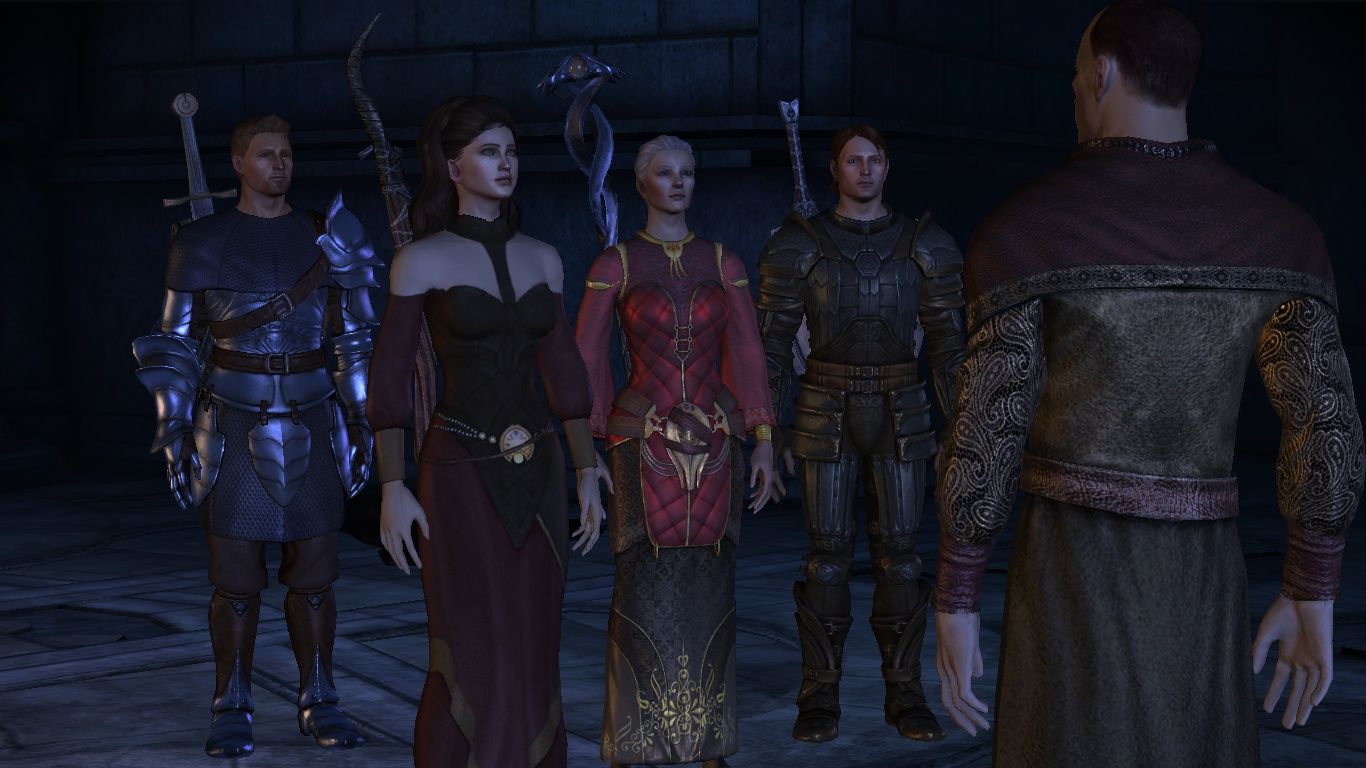 I suppose that’s the good, uncontroversial reason why I want old BioWare back. But it’s time we get to the real reason – Origins has a better vibe. Limitations with the engine meant that all conversations were face-to-face, with little to no animations, making it infinitely more intimate than what we got with later instalments. The cinematic approach might look better, but this very video game-y conversation system was so much more engrossing, and really made it feel like characters were bonding. Plus, campfires are the best setting for any conversation, forget castles.

And I think this is what it comes down to. When I’m playing a video game, there’s nothing wrong with it feeling like a video game. No, it’s not in the slightest bit realistic that Sten – a 7ft something qunari – would agree to change armour because my dwarven character asked him to – but this isn’t real life; you can’t throw jewellery at a goth girl until she loves you in real life. 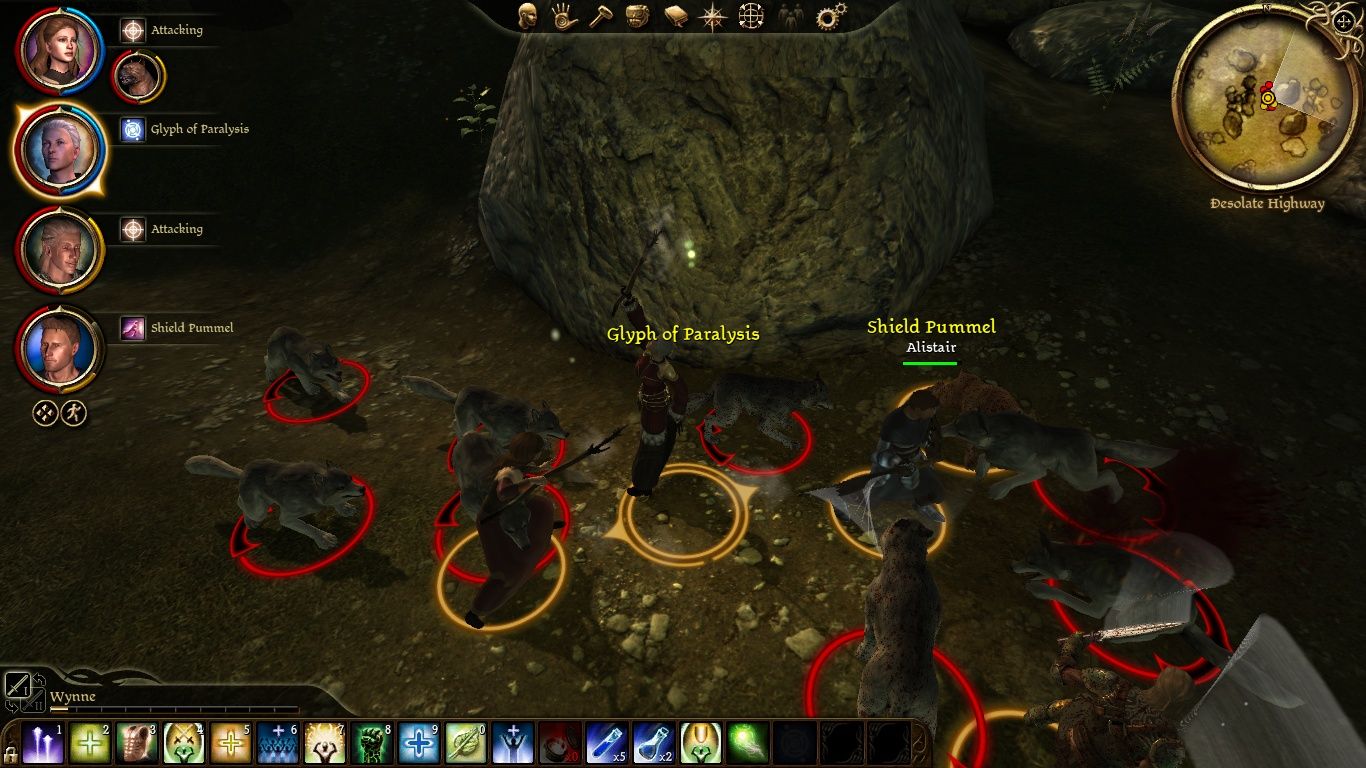 Mass Effect isn’t off the hook either. As soon as I started Mass Effect 2 in Legendary Edition, I couldn’t stop thinking of everything I missed from the first game. The Normandy’s background music, kitting everyone out in Phoenix gear, my Shepard not looking like she hasn’t slept in two years…those were the days. Instead of trickling down some Mass Effect 3 features, BioWare should have learned from its 2007 hit. It’s not as embarrassing as they pretend it is (excluding the Mako).

If the choice came between the gorgeous visuals of the Frostbite engine, or the freedom that Mass Effect and Dragon Age: Origins gave us, it would be the easiest decision in the world. Make Inquisition in Origin’s engine, you cowards. I don’t care that Blackwall’s beard would look like lego. I don’t care that it would take me three playthroughs to actually fully grasp the RPG mechanics. I don’t care that I’d be the entire player base. Give us Dragon Age: Unremarkable Edition.

Related posts:
05/30/2021 Reviews Comments Off on Mirror Mode: The Next BioWare Remake Should Be A Demake
Hot News
cheap viagra dapoxetine mastercard next day
Valorant: 8 Tips For Playing On Haven
Air Link Is Coming To Quest 1, Zuckerberg Teases v30
Sonic And Tails Will Be Playable In Super Monkey Ball Banana Mania
The Difference Between Cheating In ESports VS. Traditional Sports
Recent Posts