It’s easy to feel disconnected from a virtual world when you can teleport at will. Even if a place makes topographical sense, it becomes abstract when you can fast-travel. Dark Souls understands this, which is why you exclusively unlock physical shortcuts for the first half of the game. Sure, you can teleport later, but not until you’re already anchored into the world. Arkane Studios’ Prey understands this as well.

While Arkane’s other famous game, Dishonored, is a series of levels that are stitched together, the studio’s sci-fi shooter offers up a persistent location that you can freely travel around, assuming you have the right clearance – whether that clearance be a keycard, super strength, agility, a foam dart gun, or the ability to turn into an inanimate object and post yourself through a window.

The space station of Talos 1 opens up to you as you move through its story, but you’re always able to go back to where you came from, too. The central hall that you find yourself in early on reveals itself to be a shortcut connecting your adventure together once you get the elevator working. It all makes spatial sense. If you want to get into a locked room, you often find yourself checking adjacent rooms to see if you can find an alternate route in from the sides, from below, and even from above. 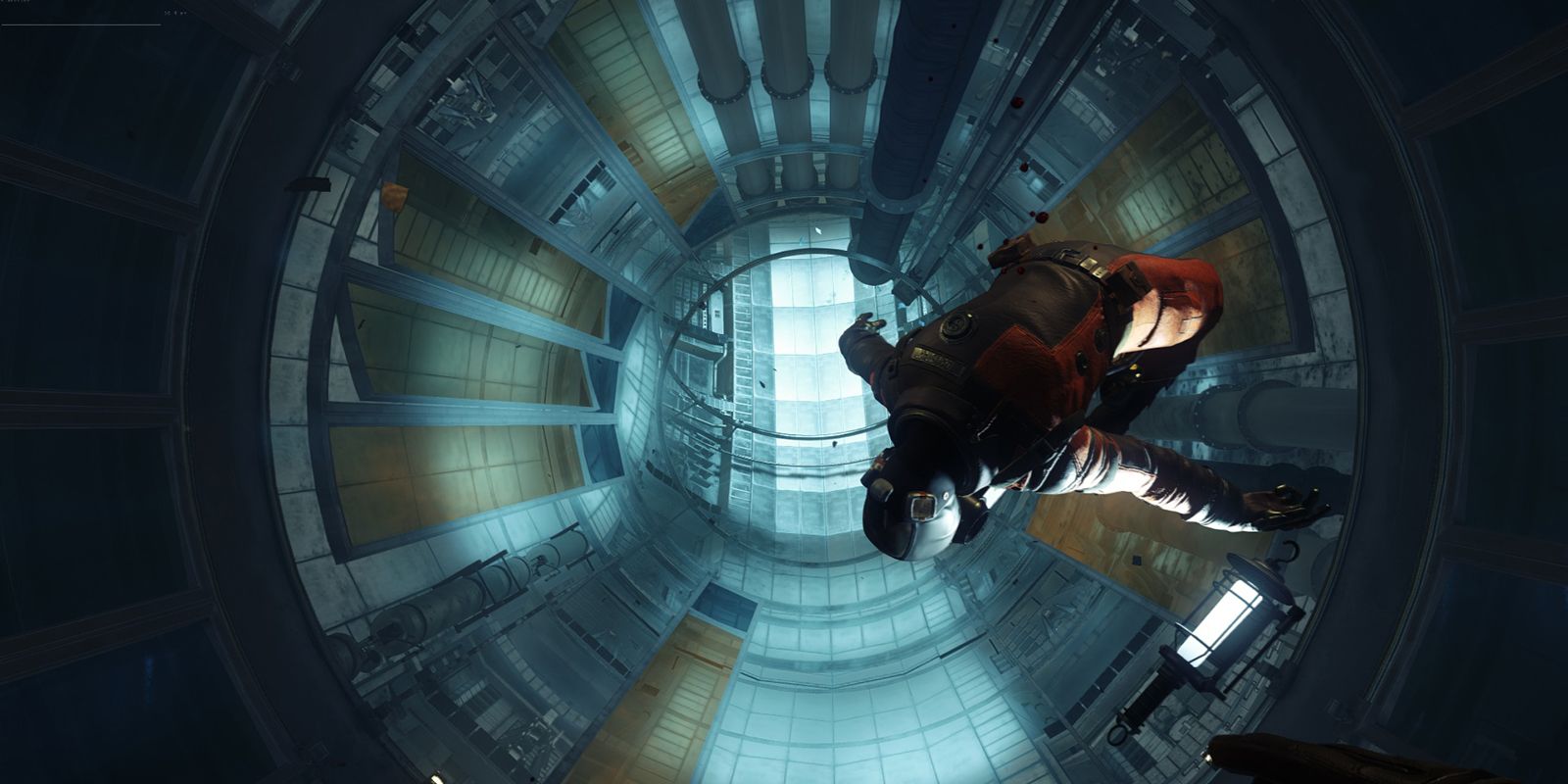 Exploring the station fills me with the same dread as reading House of Leaves, a book about an eldritch home that suddenly sprouts a new corridor. The residents of the house decide to take an expedition inside, but it just grows more vast the deeper they explore, ever expanding, to the point where starvation is a real threat. It would be easy to let this feeling consume the player – the terror of delving too deep and not being able to turn back – but Prey solves this with a clever take on traditional fast-travel systems. Outside of shortcuts like the main hall’s elevator, there are two ways to get around the station relatively quickly: by spacewalking around the station’s exterior, or by speeding through the GUTS.

The GUTS, as the name suggests, are like Talos 1’s intestinal tract. Used predominantly to transport goods and oxygen through the station, you can speed around this grand circuitry in zero-gravity, using the imposing space to move between Psychotronics, the Shuttle Bay, the Arboretum, and the Cargo Bay. Like the rest of the station, it’s filled with stories and distractions, the bodies of people who tried to escape the Typhon menace floating there in zero-gravity, their faces contorted in terror. Take a maintenance tunnel and you might stumble across the Magnetosphere room, which houses a reactor that can cook you alive in your suit if you don’t time your movements.

Spacewalking is even smarter. You can only enter exterior doors that you’ve already opened up from the inside. In other words, you need to have been to a location on the interior before you can float out into space and shortcut through the cosmos. The genius of this is that you get another perspective on Talos 1, this hulking obelisk hanging in the black. Seeing it from the outside, you can visualise how it all fits together – it enhances your connection to the space. And rather than giving you the choice many games do of either teleporting or trekking across empty swathes of map, space itself is filled with stories and secrets. You might happen upon a hull breach and access a Talos 1 room that’s locked down from the inside, you might find more unfortunate spacemen floating out there, perhaps you’ll come across a cache of supplies, or you could bumble into something deadly. 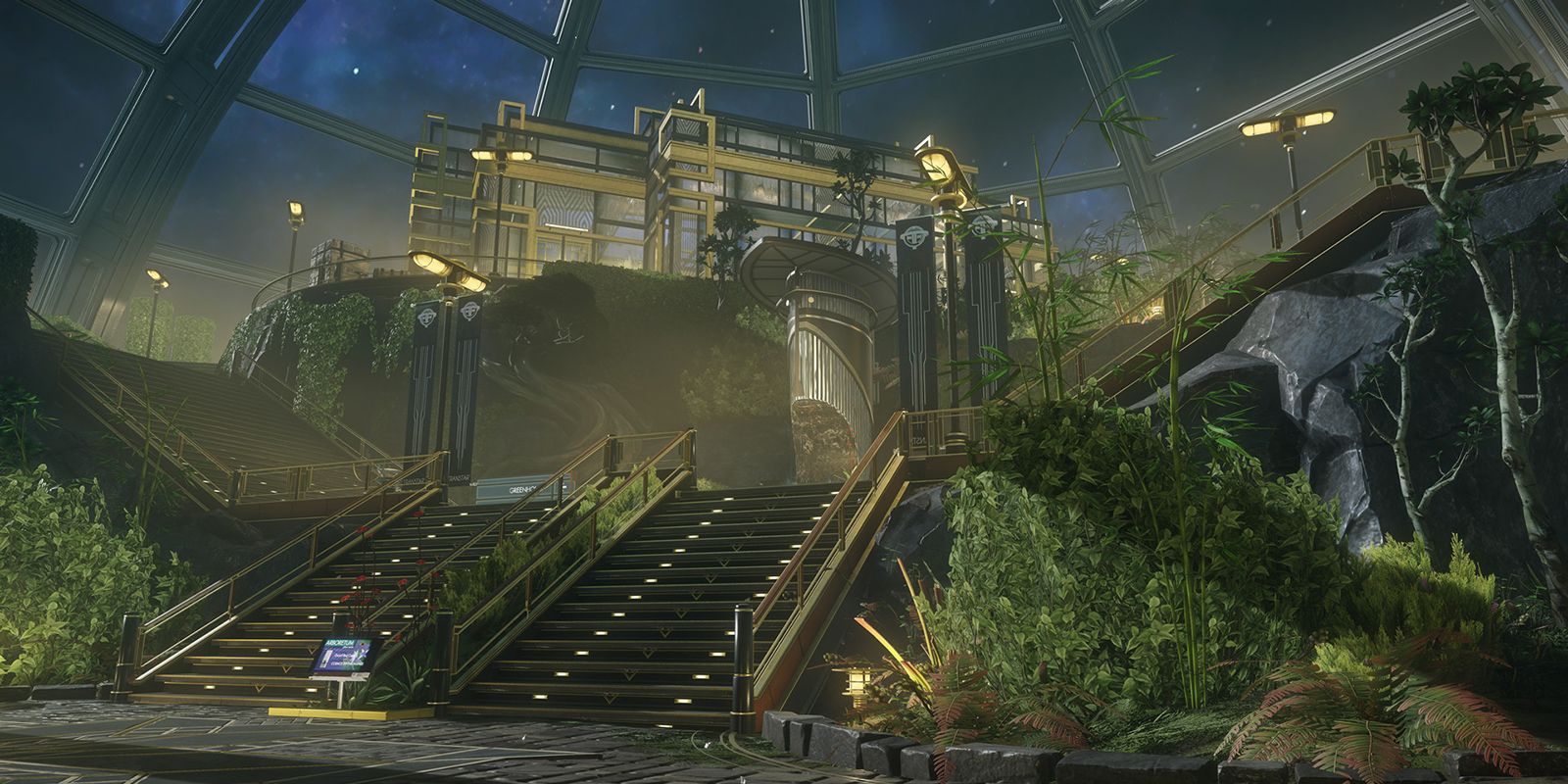 Another key component of this is how space – and this goes for the zero-G bowels of the GUTS, too – is dangerous. Sure, you won’t have to worry about Mimics and Phantoms, but there are some types of aliens who feel at home in the vacuum. Fighting in zero-G is more complex as well, since you can freely fly in any direction and tilt your body to shift the world around 360 degrees. It’s easy to get turned around, and it is hard to flee. Last night, when exploring the GUTS, I came across some Cystoids – inky growths that sprout homing creatures that explode in your face – and used a gas pipe as a heat shield, filling it with bullet holes so flames spit out, creating a deadly wall of fire in front of me. You have to play smart, especially when you’re just travelling somewhere.

Even when there are no aliens around, you’re a danger to yourself. The vastness of space makes it difficult to interpret how fast you’re going, and it’s easy to overdo it and hit terminal velocity without realising it. If you don’t brake, any piece of space debris you pass is potentially lethal, and you might break your arm when coming to a stop on the station door you’re approaching.

Prey asks you to pay attention at all times, and I can see why that puts some people off. It’s unforgiving, but that constant danger is what makes every inch of the adventure so thrilling. When it originally launched on console, this fast-travel system was criticised due to long loading times between areas, but the Xbox Series X/S next-gen upgrade eradicates these load times and removes those technical frustrations, cementing how smart the system is. I wish more games made travel as thrilling as the fight.

Next: How Arkane Studios’ Prey Perfects The Art Of Environmental Storytelling 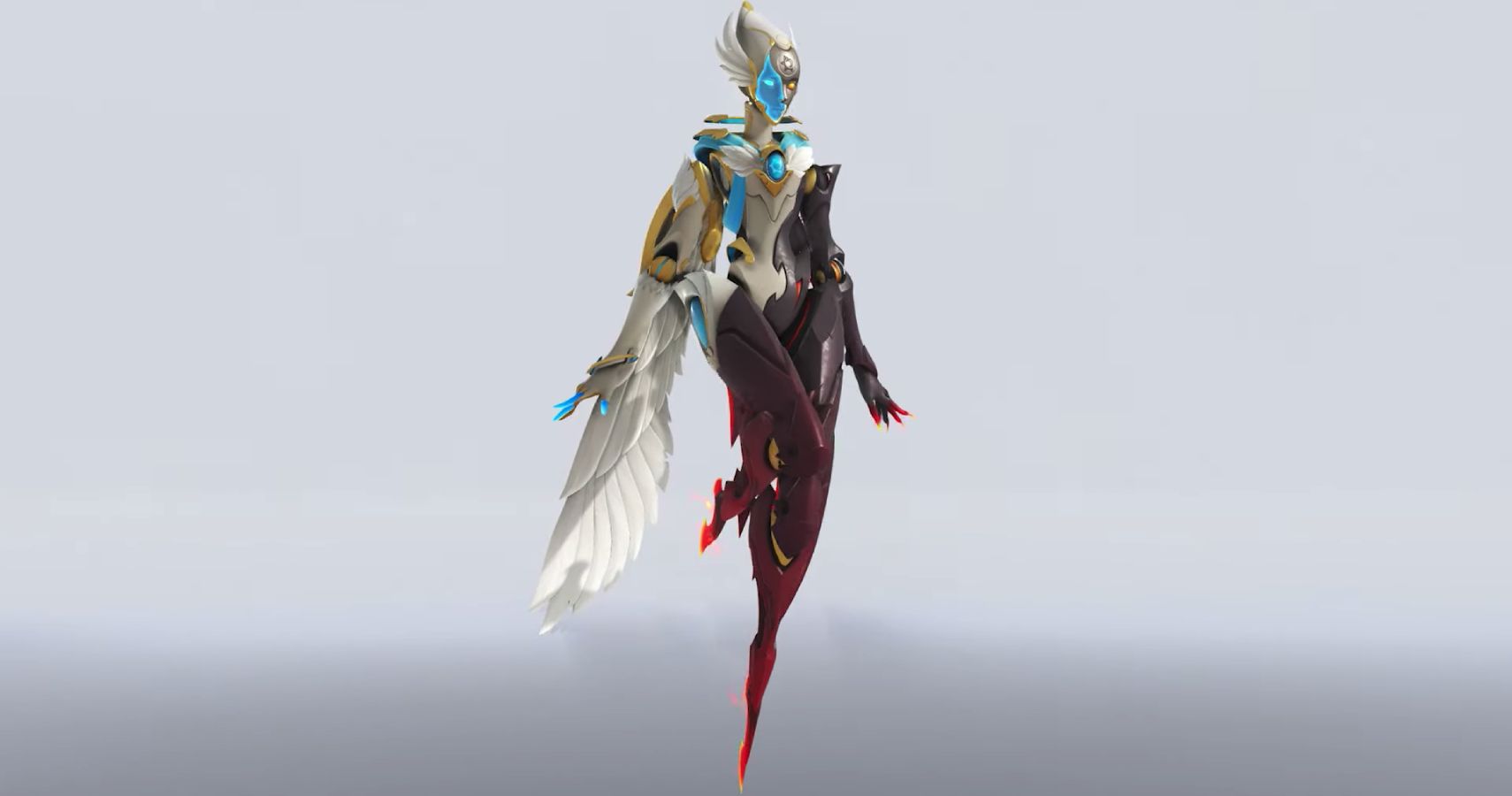 Kirk is the Editor-in-Chief at TheGamer. He likes Arkane games a little too much.

Related posts:
03/25/2021 Reviews Comments Off on More Games Should Have A Fast-Travel System Like Prey
Hot News
a cipro in ottobre
Falcon And The Winter Soldier Producer Confirms There Will Not Be A Chadwick Boseman Cameo
Days Gone 2 fan petition about to reach 10,000 signatures
New Pokemon Snap Sets Meganium As Custom Twitter Emoji
bactrim coumadin interaction
Recent Posts