One of the Pokémon anime’s greatest mysteries is Ash Ketchum’s father. More than 20 years later and, other than a couple of mentions right at the beginning of the series, the absent Mr. Ketchum hasn’t even been referred to. Those early mentions include talk of him being a Pokémon trainer, also hailing from Pallet Town, and once traveling to Viridian City. Other than that, nothing. So who exactly is Ash’s dad, and have we been introduced to him already?

There are some fan theories out there, most of which are pretty wild. One is that Ash’s dad is one of the first characters fans ever meet: Professor Oak. There are also some fans of the show who believe the ten-year-old’s father to be Team Rocket leader Giovanni. However, our favorite theory by a country mile is the one that suggests a Mr. Mime fathered Pokémon’s protagonist.

That’s Dad To You, I Mean… Mime Mime!

This theory really started to pick up steam when Ash’s mom Delia showed up to visit her son in the Alola region during the beginning of Sun & Moon. Delia brought her Mr. Mime with her, but not in a pet way, in a friend way, or at least that’s how it seemed. The Mr. Mime wears human clothes, sunbathes with Delia, and even has his hand on her thigh at one point. 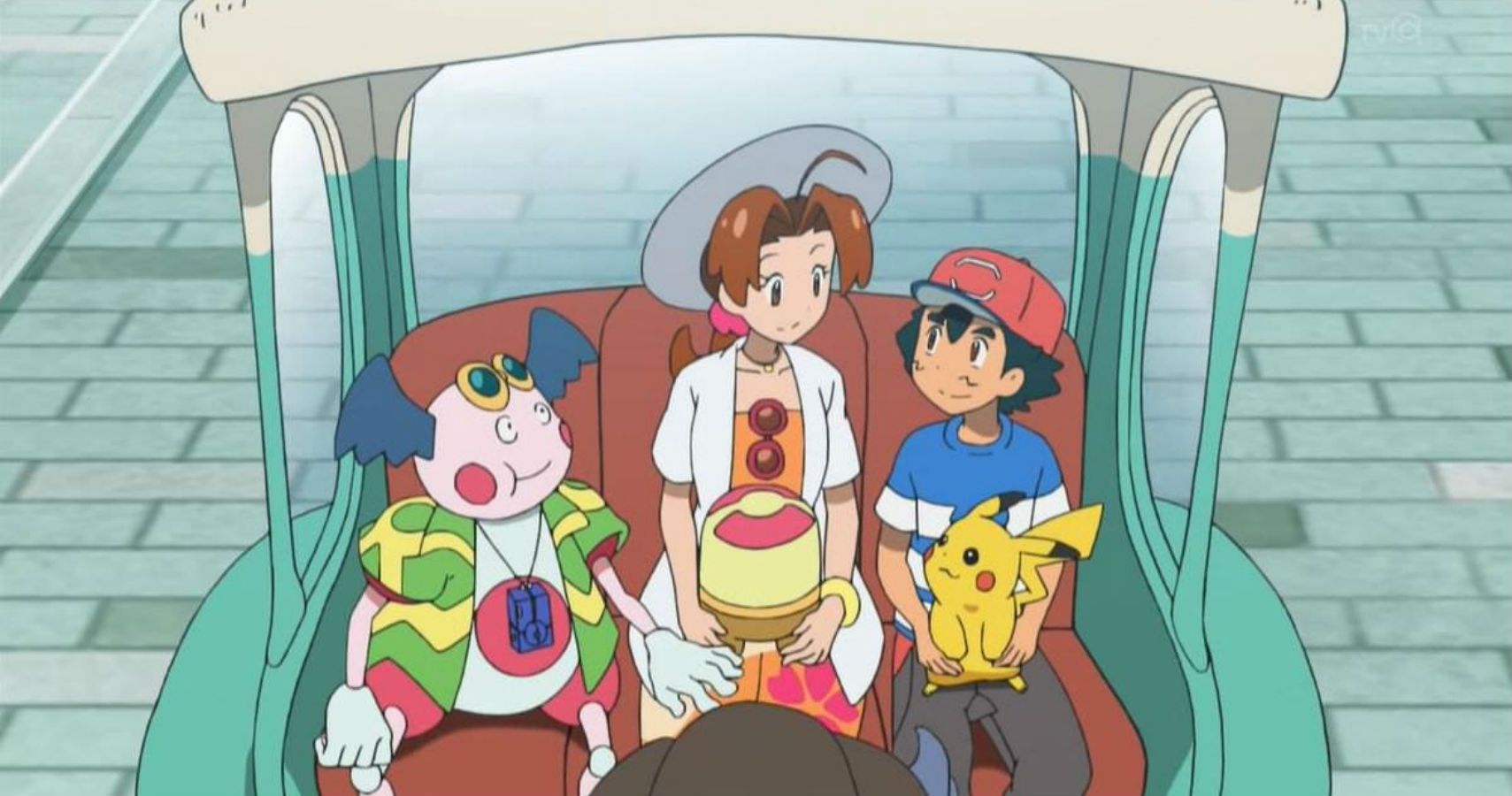 Okay, so even if we assume Delia and Mr. Mime are in some sort of human-Pokémon relationship, that doesn’t mean Mr. Mime is Ash’s dad. He might just be his step-dad, or some guy his mom brought home one day. However, there are other things fans have picked up on that suggest Delia and Mr. Mime have been together for a while.

There’s Pokémon Blood In Those Veins

First of all, the Pokémon anime has been on our screens since the late 1990s. It is made very clear that Ash is ten years old when he sets off on his journey. More than 20 years later, two decades Ash appears to remember every single second of, and Ash is still the exact same age. He even revisits the Kanto region in Sun & Moon, acting as if he hasn’t been back there for years in the process. It’s also assumed that Pokémon don’t age, they simply evolve when they become experienced enough to do so. Since Ash hasn’t battled any Pokémon himself, it would explain why he hasn’t suddenly evolved into another form.

Okay so Pokémon isn’t the only animated series where characters on the show don’t age, but there’s more evidence to suggest Mr. Mime is Ash’s father. Ash is able to communicate with Pokémon unlike anyone else we meet on the show, something that is never really explained. Also, if he is indeed half Pokémon, it would explain why he is attacked by Pikachu when they first meet, then by the flock of Spearow, and also why he seems to be able to shrug off attacks from Pokémon relatively easily. 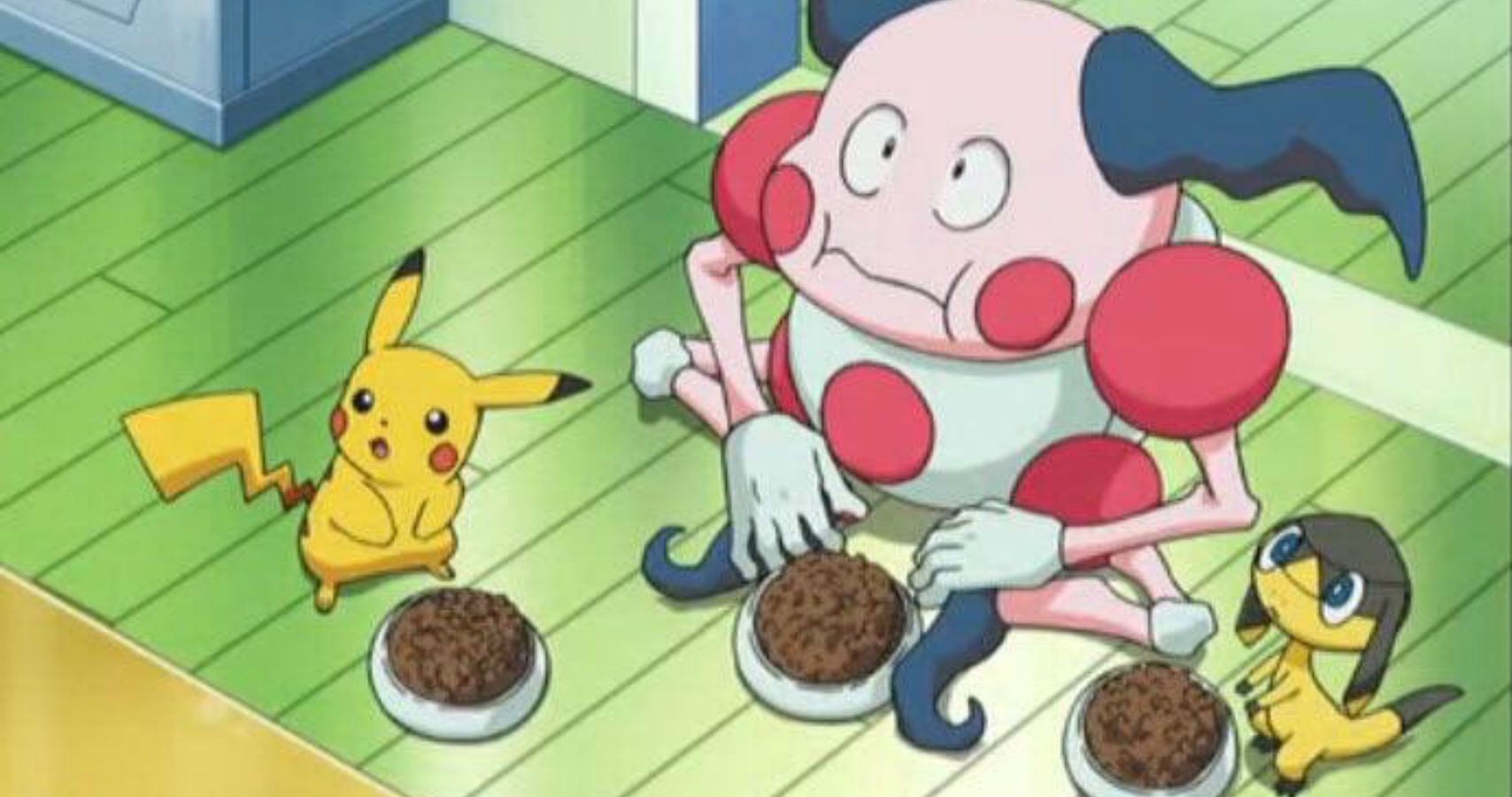 All joking aside, we do get that this theory might be a little bit of a stretch. As mentioned above, there is talk very early on that Ash’s actual dad was a Pokémon trainer, something we’re assuming Mr. Mime would not have been capable of. There’s also a scene in one episode where Delia has Mr. Mime eat from a dog bowl with the rest of the Pokémon. If he is really her husband, boyfriend, partner, or otherwise, that’s a dick move on Delia’s part.

Related posts:
05/01/2020 Reviews Comments Off on Mr. Mime Is Ash’s Real Dad And You Can’t Convince Us Otherwise
Hot News
Games Inbox: Do you want a Last Of Us remake on PS5?
Outriders guide: How to choose the best weapon
Sea Of Thieves: A Guide To Bounty Skulls
Crash Bandicoot 4 Gems, Hidden Crates and Flashback Tapes: WumpaLewis gives his top tips
Assassin’s Creed Valhalla: Guide To All Of The Best Hunter Bows
Recent Posts