As the holiday season rapidly approaches, it’s time to start thinking about what sort of tabletop board games should be brought out to keep your guests entertained. Sure, games like Apples to Apples and Cards Against Humanity are easy go-to’s in these situations, but if you’re looking for a bit more trivia, MTV, The Throwback Music Party Game from Big Potato Games has everything you need to keep your music-loving guests laughing and entertained long into the MTV After Hours.

I Want My MTV

The object in MTV, The Throwback Music Party Game is to be the first team to collect at least one card from all eight music categories, which include: The Brits, Award-Winning Videos, Best of Unplugged, Pop Anthems, Hip Hop Hits, Headbangers, Teenage Angst, and Queens of MTV. Each card contains the name of an artist or band associated with that category. For instance, Whitney Houston is one of the Queens of MTV, while Blink-182 is one of the names in the Teenage Angst category. 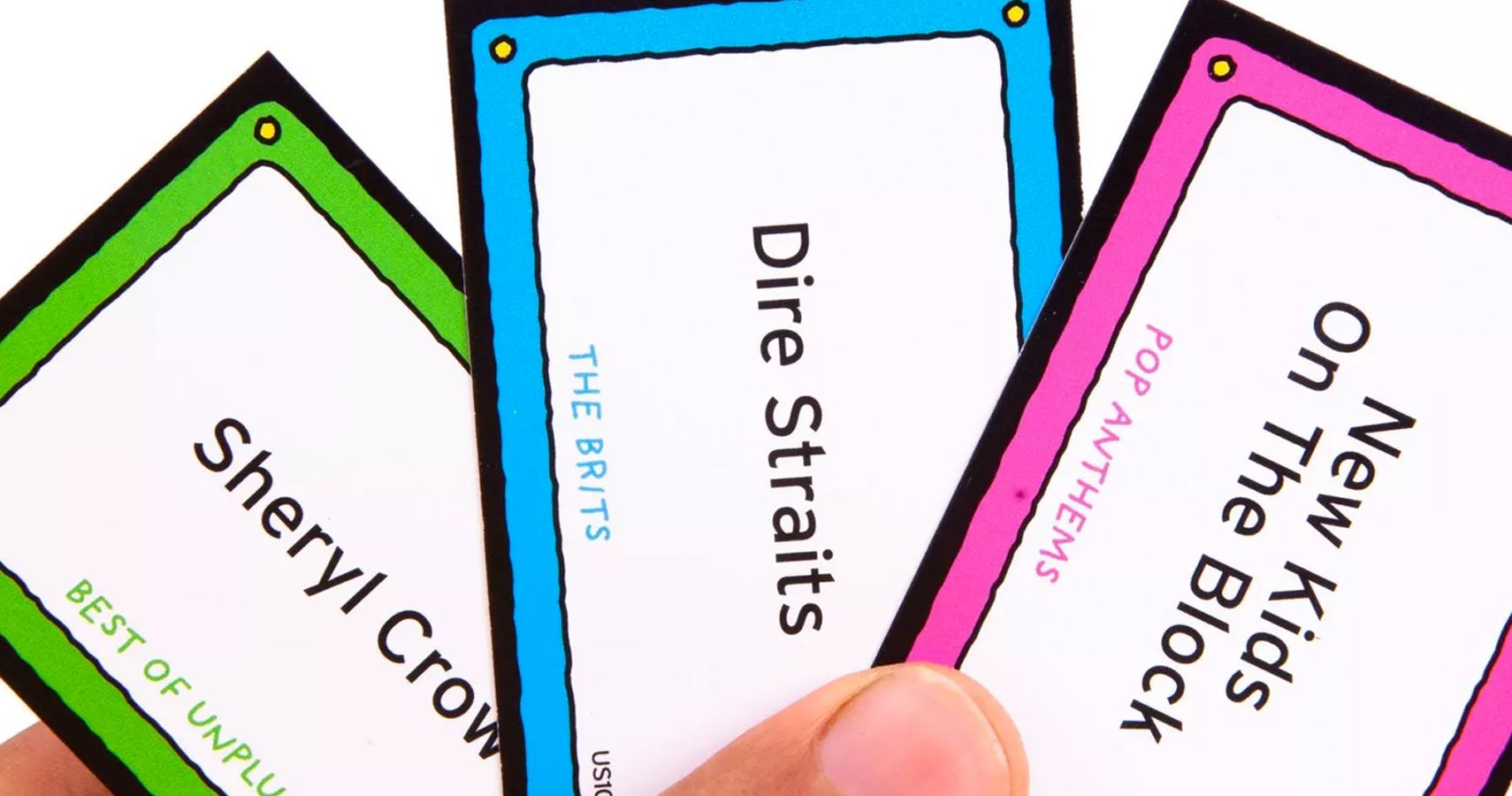 Each round begins with the Buzzer Round, where one player from each team goes head to head to determine which team goes first. The winner of the round then draws nine cards, chooses three to keep, then gives the rest to the other player. That player chooses three cards and discards the rest.

The three kept cards are then organized into three different methods for describing that band or artist. “One Word” requires players to describe the name by using only one word. “Lyrics” allows players to speak the lyrics to a song that belongs to the artist. “Perform” tasks players with whistling or humming a song without using any lyrics or descriptive words. Teams then have 30 seconds to describe the cards to their partner. Should they get all three before time is up, they can try to steal their opponent’s cards, keeping any correctly guessed artists. Once time is up, the second team takes their turn. Rounds repeat like this until a team collects all eight categories.

Obviously, the advantage goes to the starting team who will have at least some idea as to which cards their opponents may have picked, giving them a slight edge in terms of describing their opponent’s artists. The second team will have to be a bit more on their toes, describing artists on the fly. The fast-paced nature of the game adds an exciting level of intensity, but it never really feels overly stressful like some timed-trivia games can be. 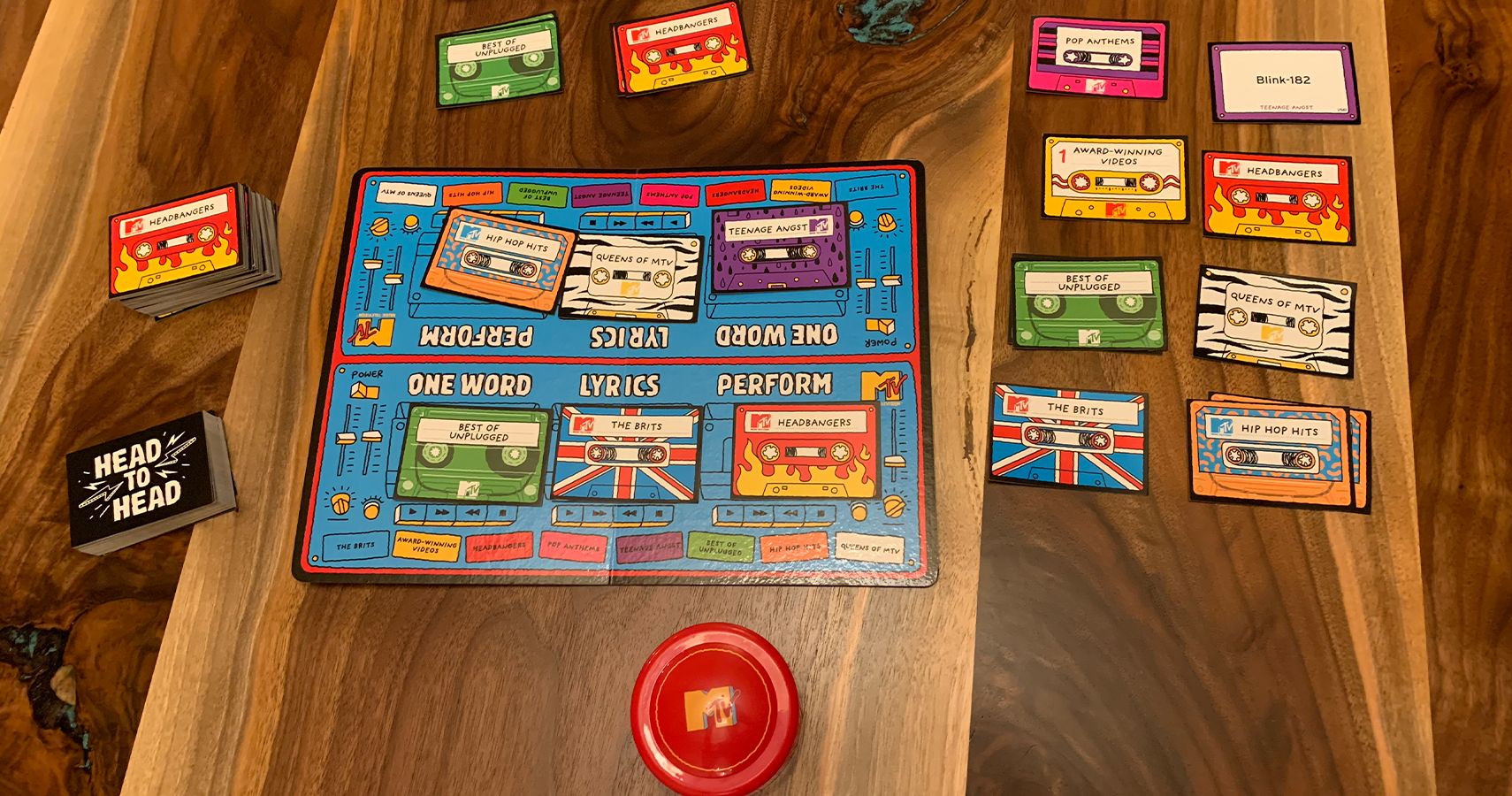 You also have the option to customize the rules, if you so desire. For instance, my party added an additional option that allowed players to actually act out a way to describe an artist, which worked especially well when I correctly guessed Shakira from my partner’s belly-dancing charade.

The best thing about MTV, The Throwback Music Party Game is that it expands beyond just the days of TRL, allowing for a range of different age groups to play together. Drawing Avril Lavine, Pink, or Panic! At The Disco is just as much of a possibility as drawing Bruce Springsteen, Paul McCartney, or Van Halen. The inclusivity is much-appreciated, since not everyone may have been a devout MTV-viewer with dreams of becoming the next VJ.

Music and music videos defined the golden age of MTV (“music” is in the name, after all). MTV, The Throwback Music Party Game is a wonderful game that spans the best years of the iconic music network, and will be a great addition to your family game night collection or holiday get-together. 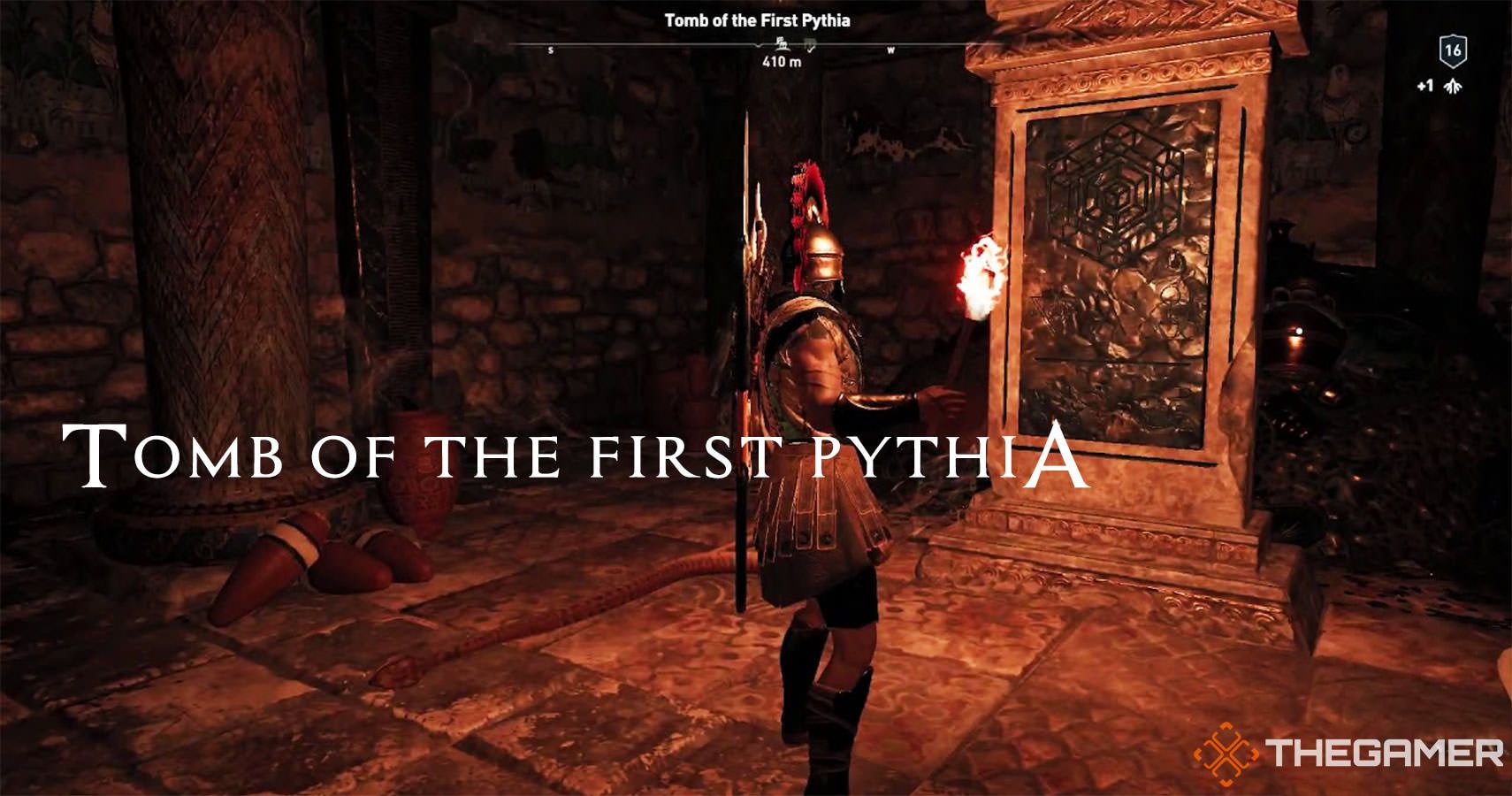 Related posts:
10/05/2020 Reviews Comments Off on MTV, The Throwback Music Party Game Review: Music To My Ears
Hot News
Ghost of Tsushima Legends Raid release time and PS4 launch update
WoW Shadowlands Launches Thanksgiving Week, Those Poor Developers
Torchlight 3 Celebrates Halloween With Gear ‘N’ Goblins Update
WoW Shadowlands new release date revealed and its great news for World of Warcraft fans
Xbox Games With Gold November 2020 Free Games Revealed
Recent Posts
This website uses cookies to improve your user experience and to provide you with advertisements that are relevant to your interests. By continuing to browse the site you are agreeing to our use of cookies.Ok