Nintendo hasn't needed to think outside the box for a very long time. Right now, just weeks after it turned five, the Nintendo Switch continues to keep up with the sales numbers of the far younger PS5 and Xbox Series X|S consoles. Yes, a big part of that is the boatload of instantly recognizable IP Nintendo has attached to its brand. Mario, The Legends Of Zelda, and perhaps its biggest asset of all, Pokemon. But it's startling how little Nintendo has innovated while the other two have pushed for technological advancement and still come up short.

PlayStation and Xbox have IPs of their own, of course, as did Sega when it was Nintendo's number one console rival. Having the only console that will let you play Breath Of The Wild alone isn't enough, and Nintendo knows that. That's why its consoles are always so different from everything else on the market, and it's also why they often offer up optional extras.

Nintendo has been offering up those extras ever since it sold us the NES Zapper so we could use it to play Duck Hunt. Since then there's been the Nintendo 64's Rumble Pak, the Wii's balance board that went with Wii Fit, and most recently Ring Fit Adventure on the Switch. These accessories are never cheap, and are usually made with just one game in mind, yet Nintendo never fails to sell millions of them. If there's an expensive piece of kit that officially pairs with our Nintendos, we want them all, and we want them now. 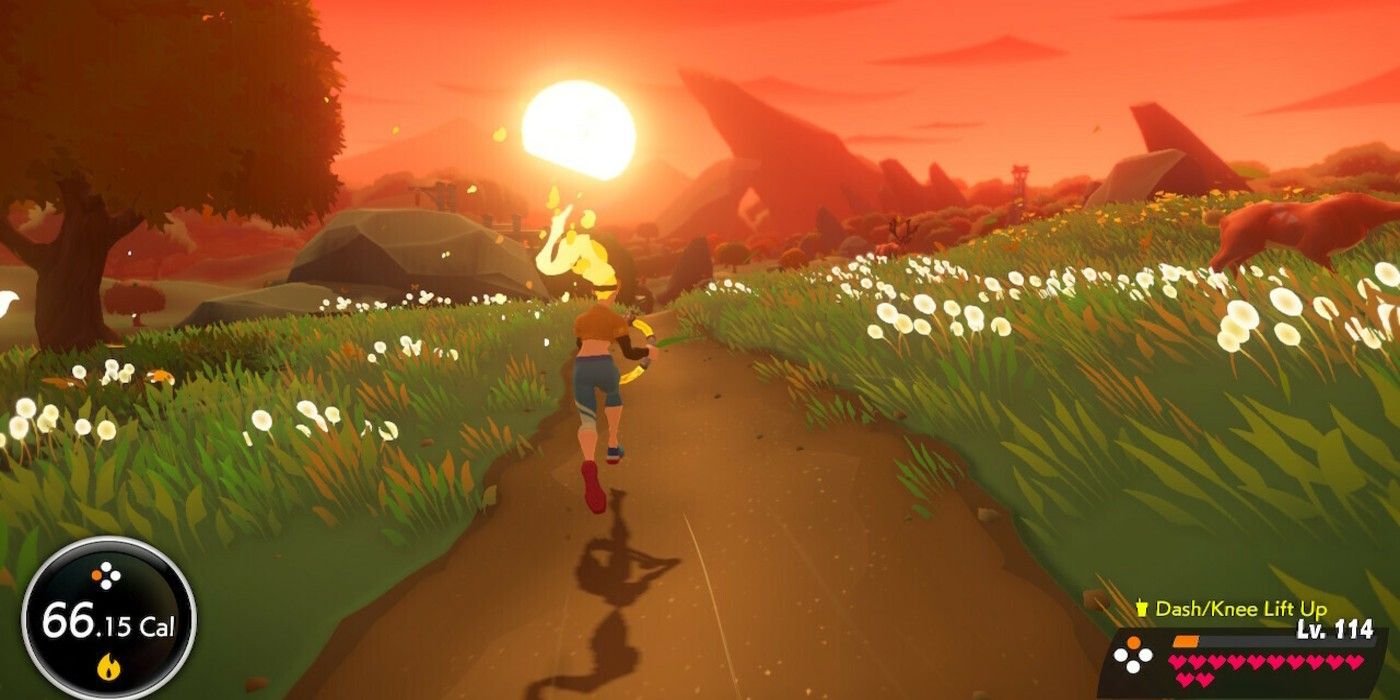 The thing is, these accessories are always really cool and work really well. I, along with more than 13 million other people at last count, coughed up the cash for Ring Fit Adventure and absolutely loved it. Like many others, I picked it up during the pandemic in an attempt to remain as healthy as possible while locked away at home with the added hope it would prevent me from climbing the walls out of boredom for as long as possible. That plan worked. I would quite literally play Ring Fit Adventure every day. It has a great story mode considering it's a fitness game, and other activities to keep you going back for a short while after finishing it.

Emphasis on the 'short while' there as eventually, I got bored of my Ring Fit. I'm sure I'm not the only one either. My Ring-Con and accompanying leg strap, like many millions more around the world, has been sitting alongside my Switch setup gathering dust for the better part of a year. It was great while it lasted, but with the story complete and the other activities played to the point of extreme boredom, I no longer have any desire to dust it off.

This is the point at which I want to call upon Nintendo to give me, and again, the more than 13 million other Ring Fit owners, something else to do with our Ring-Con. It can be anything. Some DLC for Ring Fit Adventure wouldn't go amiss. Like me, I'm sure you're all dying to dive back in and see what *checks notes* Ring has been up to since we left them. Yes, the ring in Ring Fit Adventure is called Ring. That alone doesn't give me much hope that this call for DLC is going to lead to anything imaginative, even if it does convince Nintendo to create something for us. 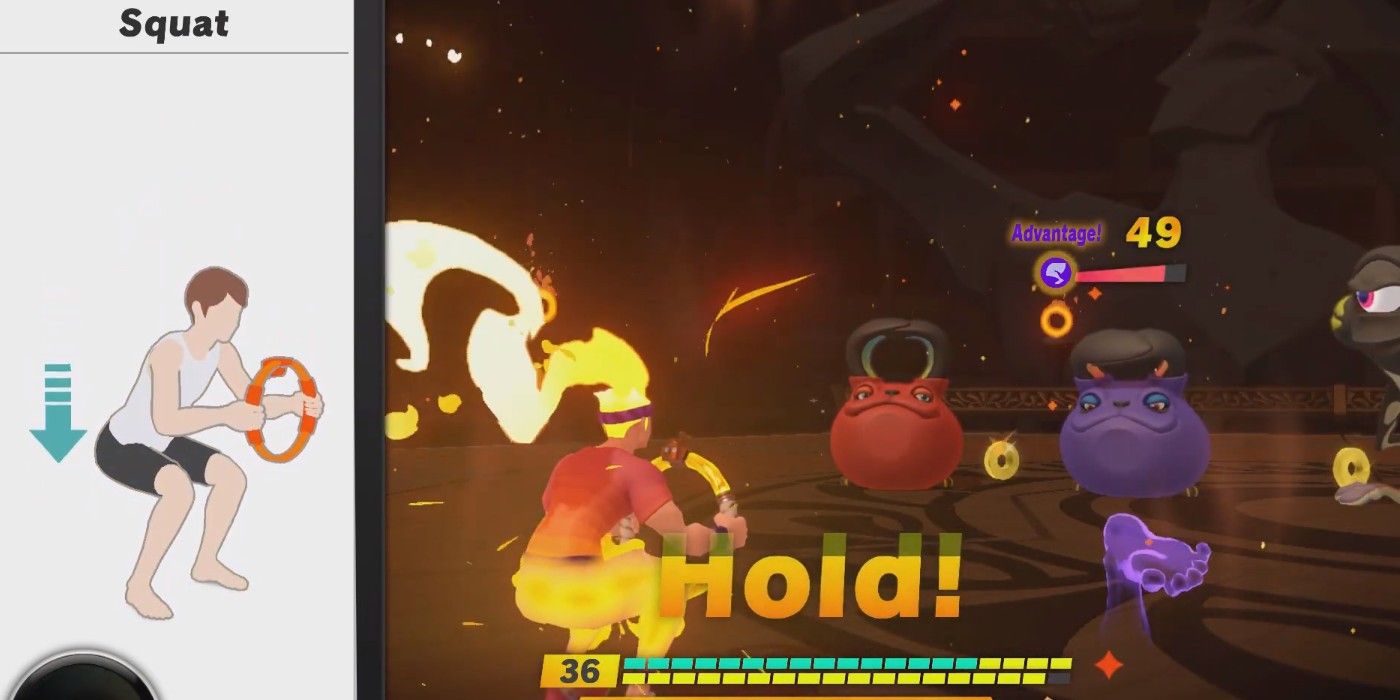 DLC isn't the only option, of course. A Ring Fit Adventure sequel would also work. That would give new players the option to buy the game and get the gear too, although you really should play the first one before this hypothetical sequel. There are some important plot points *checks notes for a second time just to be sure* Ring guides you through and a second game really wouldn't make sense without all of that absolutely necessary knowledge.

If Nintendo doesn't fancy trying to build on the complex story told by the first game, then hey, just make a completely different one. A collection of mini-games like Mario Party specifically geared towards using the Ring-Con. Squeeze it really quickly to pump up balloons. Use it as if it were a bow and arrow for an archery mini-game. Hell, even hold it like a steering wheel for a driving game.

If you haven't already heard, you'll have another use for the leg strap later this year. The football in Nintendo Switch Sports will have an option that enables you to get your legs involved by using the strap. Handy for a sport that revolves almost entirely around kicking a ball. Added extras like that might be the answer to what we all do next with our Ring-Con. Games like Switch Sports having options that allow you to use them, but don't make the game useless if you don't. Alas, for now, all we're getting is a new use for the leg strap. It's a start, and even though there has been no indication from Nintendo that it will be building on that, you never can tell what it has planned until it drops it on us during a Direct.

The biggest problem with adding Ring-Con compatibility to games that don't otherwise need it is it doesn't allow Nintendo to make much more money. At least not as much money as a sequel or some paid DLC. The Ring-Con is such a great Switch accessory, it pains me to see mine going to waste. So much so that I've attempted to fire up Ring Fit Adventure a couple of times while thinking of this feature just to remind myself it was a worthwhile purchase. We've got Ring Fit stuff we want to use and money we're willing to give you for that opportunity Nintendo, what are you waiting for?

Related posts:
03/12/2022 Reviews Comments Off on Nintendo, Please Give Me Something Else To Do With My Ring Fit Gear
Hot News
citalopram pizotifen
10 Best Co-op Games On The DS & 3DS
The Biggest Gaming News For May 18, 2022
League Of Legends: Everything You Need To Know About Challenges
How optimized object recognition is advancing tiny edge devices
Recent Posts