Soap operas get a bad rap. People use words like cheap, trashy, and guilty pleasure to describe the genre, rather than exaltations like deep, thoughtful, or worthwhile. “I do have a strong bone to pick with that reaction,” says Die Gute Fabrik studio lead Hannah Nicklin, who helped write 2019’s Mutazione.

Mutazione is a soap opera that tells the story of a girl visiting her dying grandfather, who lives on an island devastated by the impact of a meteor. This astronomical armageddon changed not only the terrain, which is now full of magical flora and fauna, but also the people who live there. The residents have all mutated, and some of them no longer resemble Homo sapiens at all.

Intrigued by such a major anomaly, a team of scientists descend upon the island. As outsiders, these researchers can’t truly engage with the inhabitant’s humanity — they are, after all, there to be studied. More than that, the scientists want to harness the powers of the island, where shamans can manipulate time and space. But this meddling brings about a second calamity that ravages the remaining community. What’s left is a small group of people who, in their isolation from the rest of the world, can’t help but hurt each other.

It’s all heavy and dramatic stuff, and the game isn’t afraid to grapple with complicated subjects like colonialism. So it may be surprising to hear that this moving title, which has been nominated for an IGF narrative award, embraces a genre that people typically dismiss out of hand.

Nicklin knows this, but she doesn’t think it’s a fair characterization of the soap genre. “Soap opera tends to elicit more disdain because [they] focus on female characters and feminine experience,” she told Polygon in an interview. 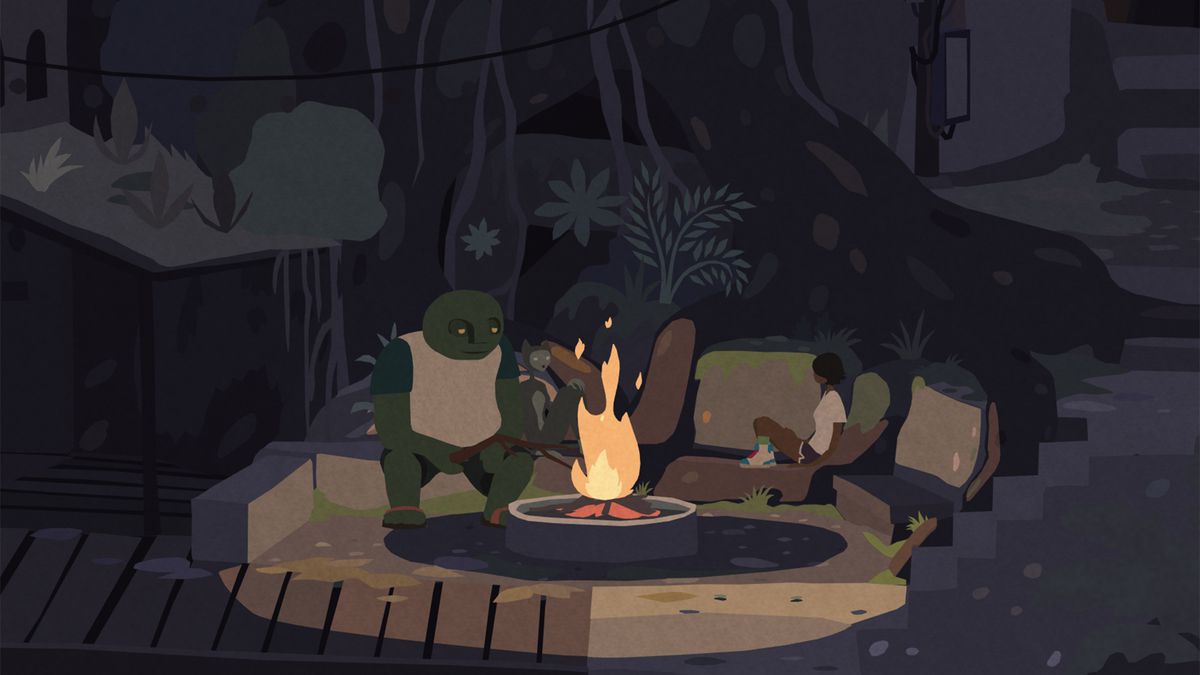 Sure enough, if you look at the audience breakdown for soaps like Grey’s Anatomy and E.R., women reportedly make up over 60 percent of the audience. Telenovelas, meanwhile, often grapple with things like romance from a woman’s point of view. Nicklin notes that in the U.K., folks use a term known as “kitchen sink drama,” and it’s largely meant as an insult. When people use it, Nicklin argues, what they mean is, “‘who cares about what happens inside people’s kitchens?’” But like Little Women did in 1868, the genre makes a strong case for why it’s worth talking about so-called feminine experiences in the first place. What you get are “intense, psychological, [and] deep portrayals of what it is to be a woman living inside a home.”

In Mutazione, most of the game is spent building gardens for the community or having discussions inside of homes, kitchens, and shared spaces. At least a few storylines are literally kitchen dramas by virtue of where they occur. Characters deal with questions about partnerships, family, and legacy, but they do it via dramatic, soap-opera worthy scenarios, like infidelity. Despite this “drama,” Mutazione is a meditative game all about sitting with your feelings — because, as it turns out, you can’t really change anything. That’s not your role, that’s not your place. It’s a stark repudiation of what players typically expect from video games, which center experiences around our persuasive, nearly godlike ability to bend things to our will. If you say the right thing, or do the right thing, you will save the day.

Mutazione isn’t really your story at all — nor is it a tale about a single person. It’s about a group of people who are bound to each other, whether though blood, tragedy, or circumstance. You have some freedom in how you build in-game gardens, but the island is not your playground, as it might be in other games which follow the hero’s journey. Mutazione does not, and there’s a reason for that.

“As you trace a hero’s journey,” Nicklin, who has a playwriting background, explained, “everyone around [the hero] is kind of just collateral in favor of that journey. And you have to put all of the stakes of the storytelling — everything has to rely on this one character. Every comedy moment, every intense moment.” 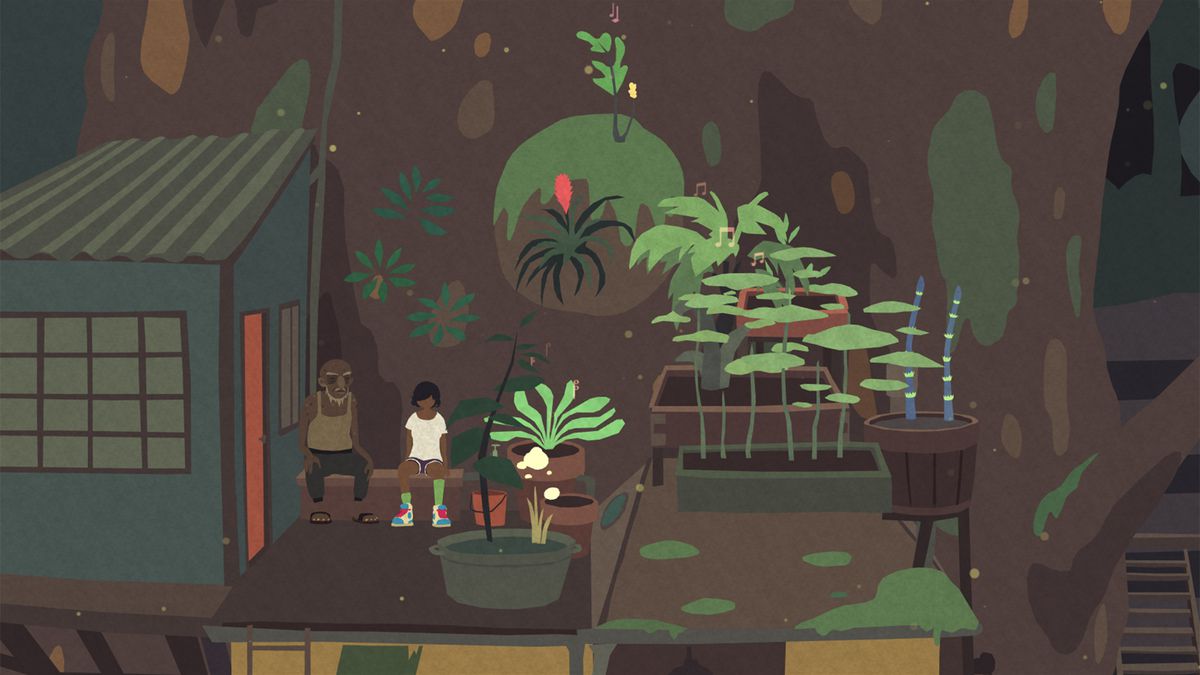 Incidentally, the hero’s journey is possibly the governing staple of video game storytelling at large. It is also, some would argue, a gendered form of storytelling.

“The hero’s journey is centuries of narrative precedent written by men to mythologize men,” writes The OA co-creator Brit Marling in an opinion piece for the New York Times.

But Mutazione’s developers were never concerned with crafting a typical video game experience, and this goes beyond evading the trappings of the hero’s journey.

“We’re less tied to ideas about what games should be and what [they] should look like,” Nicklin, who spent a decade in theater prior to working in games, told Polygon.

“I think a lot of indie games tend to have like, a game voice — this sort of slightly witty, internet kind of tone,” Nicklin said. Beyond the scope of indies, many video games opt for snappy dialogue reminiscent of action movies. Together, both these conventions work to limit the stories that video games can tell.

The Die Gute Fabrik team that worked on Mutazione is composed of folks with backgrounds in illustration, music, and animation outside of video games. The creators also looked beyond games for inspiration, citing ensemble dramas like Star Trek: Deep Space Nine. And while the mention of soap operas might evoke comparisons to television dramas like Days of Our Lives, Nicklin notes that one of the biggest inspirations for the game is The Archers, a long-running radio program that started in 1951. The BBC-produced show bills itself as “an everyday story of country folk,” which is a humble descriptor when you consider its larger cultural impact.

“Sometimes [The Archers] does things which changes the national conversation,” Nicklin said of the British soap. “There was a character [in the show] who went through a really difficult domestic violence and abuse storyline [and it] affected some legislation that was going through the House of Commons at that time.” While the storyline unfolded on air, news reports state that calls to the National Domestic Abuse Helpline increased by 20% in the U.K.

“There is now a piece of legislation which says that like coercive control is a form of abuse which can be prosecuted,” Nicklin added. 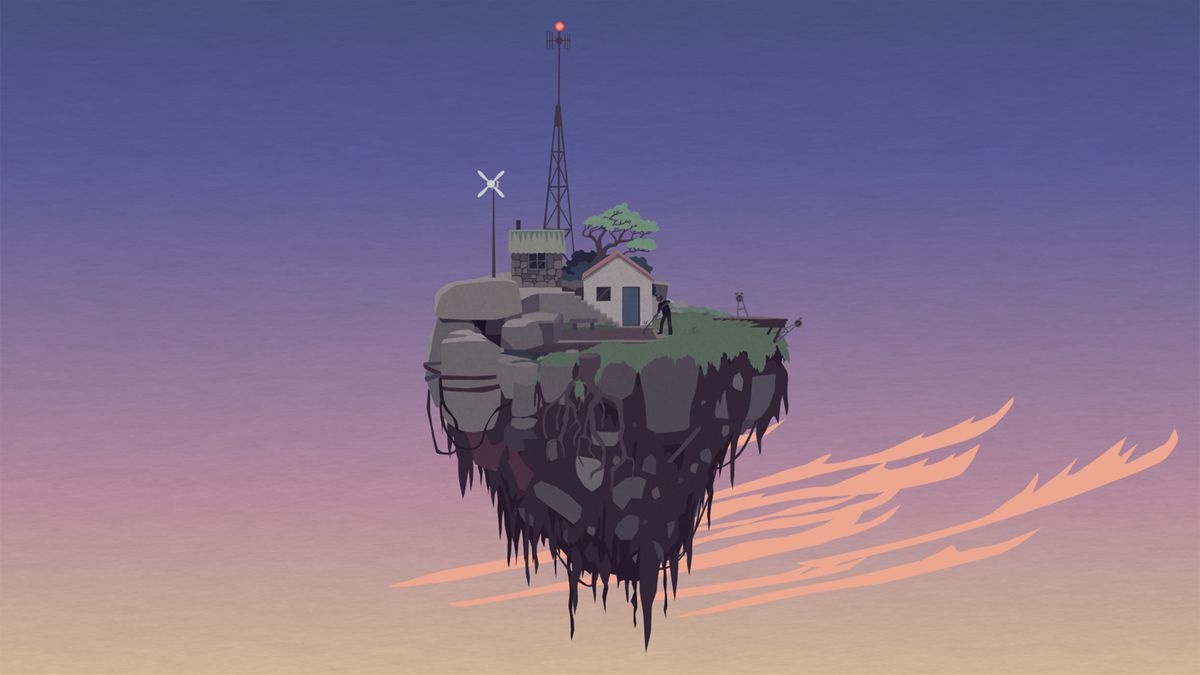 By focusing on the mundane and day-to-day, Nicklin argues that the genre allows writers to “access a bigger truth about what it is to live through moments of history.”

Mutazione uses slice-of-life moments, such as sitting with someone as they watch TV or deciding what you’ll have for lunch, to help the player get to know its cast. These small moments scaffold more complicated narratives, like how a community deals with trauma. The player has to sit through discomfort when they realize their dying grandfather, who is now the community’s shaman healer, was once a part of the original scientist crew who blew up everyone’s lives. Who gets to own and pass on the cultural knowledge of the island — and where do you, as a visitor who is now learning these practices, fit into the picture?

“I felt like it was absolutely vital to find a way to discuss colonialism through their experiences and through their traumas without obviously making a placard that says ‘colonialism bad,’” Nicklin notes.

Along the way, there are secret affairs, missing parents, love confessions, and other gossip-worthy storylines that define soap operas. You could consider these frameworks “cheap,” as the writers enacting it could, in some ways, be seen as folks who are beelining to push “buttons to make [us] cry” Nicklin suggested. But thinking about it that way does Mutazione a disservice. It is a sophisticated game which revels in ambiguity, giving the player no easy answers.

“A soap opera is a neutral genre, a set of affordances, which you can use in different ways” Nicklin said.

“I don’t think soap opera has to mean not compelling and not true and not human,” she added. “There’s a lot of bad stuff made in every genre.”