At PAX East last weekend, publisher Private Division had a rather interesting booth on display: a game called Disintegration. Many were unfamiliar with the talent behind his seemingly rudimentary sci-fi FPS game, while fans that have been following the development of the title were likely elated that the game was playable. But just what is this game, and where does it stem from?

I had the opportunity to speak with Disintegration’s lead environmental artist, Blake Low, about developer V1 Interactive’s desires for this new shooter and the history from which the team comes from. The demo didn’t necessarily give the best impression of the mechanics on offer (it was over way too quickly), but my short chat has me more excited to see what V1 can achieve.

To start off, V1 Interactive is a relatively small studio made up of around 25-30 employees. 15 of those employees happen to be ex-Bungie developers, Blake Low included. As a matter of fact, Halo’s co-creator Marcus Lehto is partially responsible for bringing Disintegration to life. The game stems from his desire to move away from big-budget development and get back into making meaty single-player campaigns. 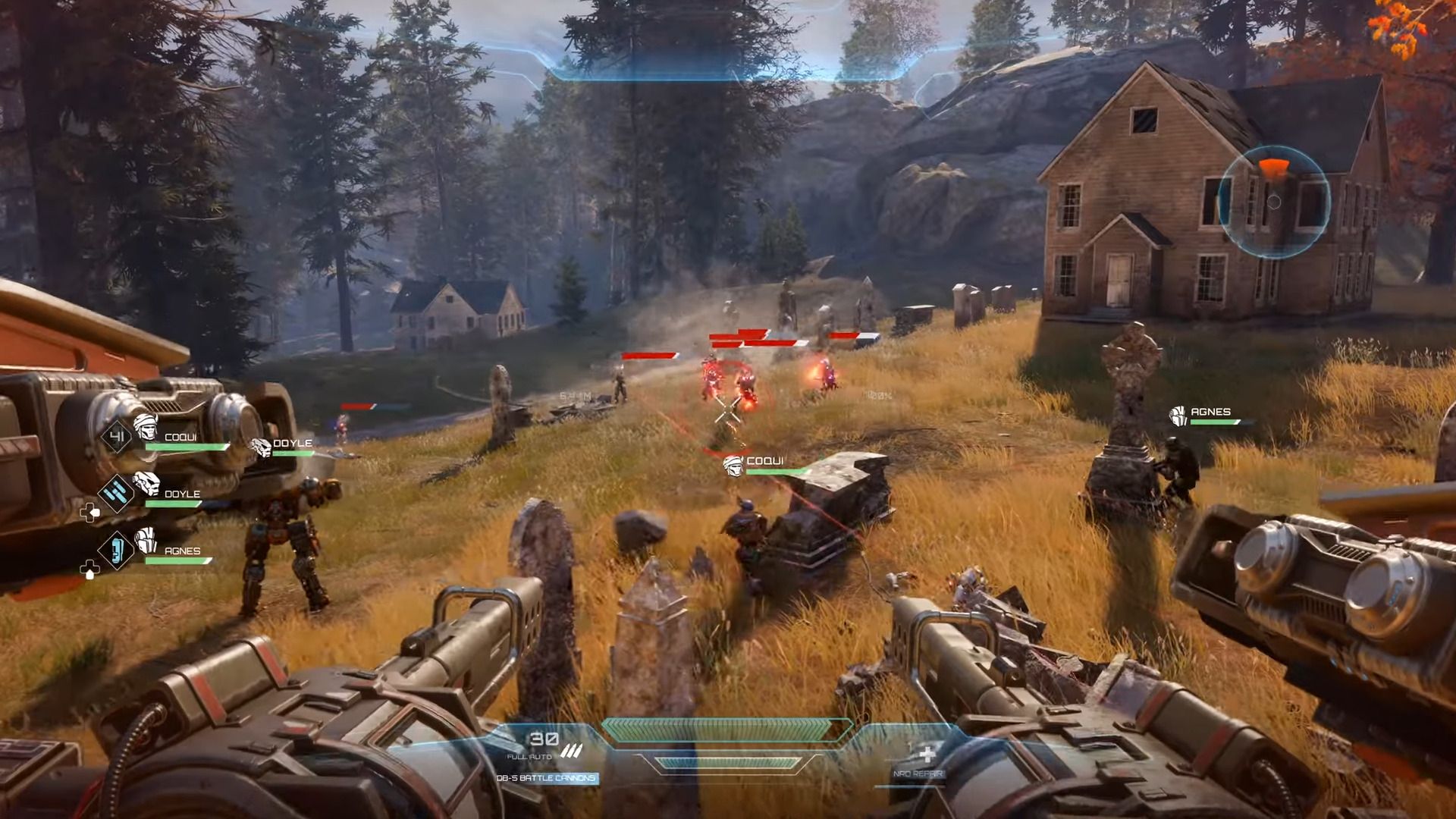 To that end, Disintegration will feature a full campaign mode that will be roughly eight to 10 hours long. That portion of the game wasn’t playable at PAX, but Low assured me that the team is using its experience working on Halo to create something special. The unique nature of Disintegration ensures this won’t just be another sci-fi space opera about military men shooting stuff.

A quick description of the game is that you’re playing as a pilot after humanity has basically been destroyed. With everyone’s consciousness uploaded into robot bodies, the singularity has been achieved and some new struggle is taking place on Earth. The general gameplay sees you maneuvering around battlefields from a grav cycle and controlling units on the ground. Think Brothers in Arms mixed with Tribes and you might be pretty close.

Disintegration is really a mixture of a lot of different pieces of entertainment. The inspiration from The Fifth Element isn’t lost on me. Low even brought that film up, mentioning how cinematic artist and writer Lee Wilson -known for his work on the film and who also previously worked at Bungie- is lending his talents here as well. Low recounts, “When I first got hired at Bungie, I walked up with my copy of Fifth Element and asked Lee, ‘Can you sign this?’ He said, ‘Oh man! This is weird!’ I was like, Nah. It’s not weird.” 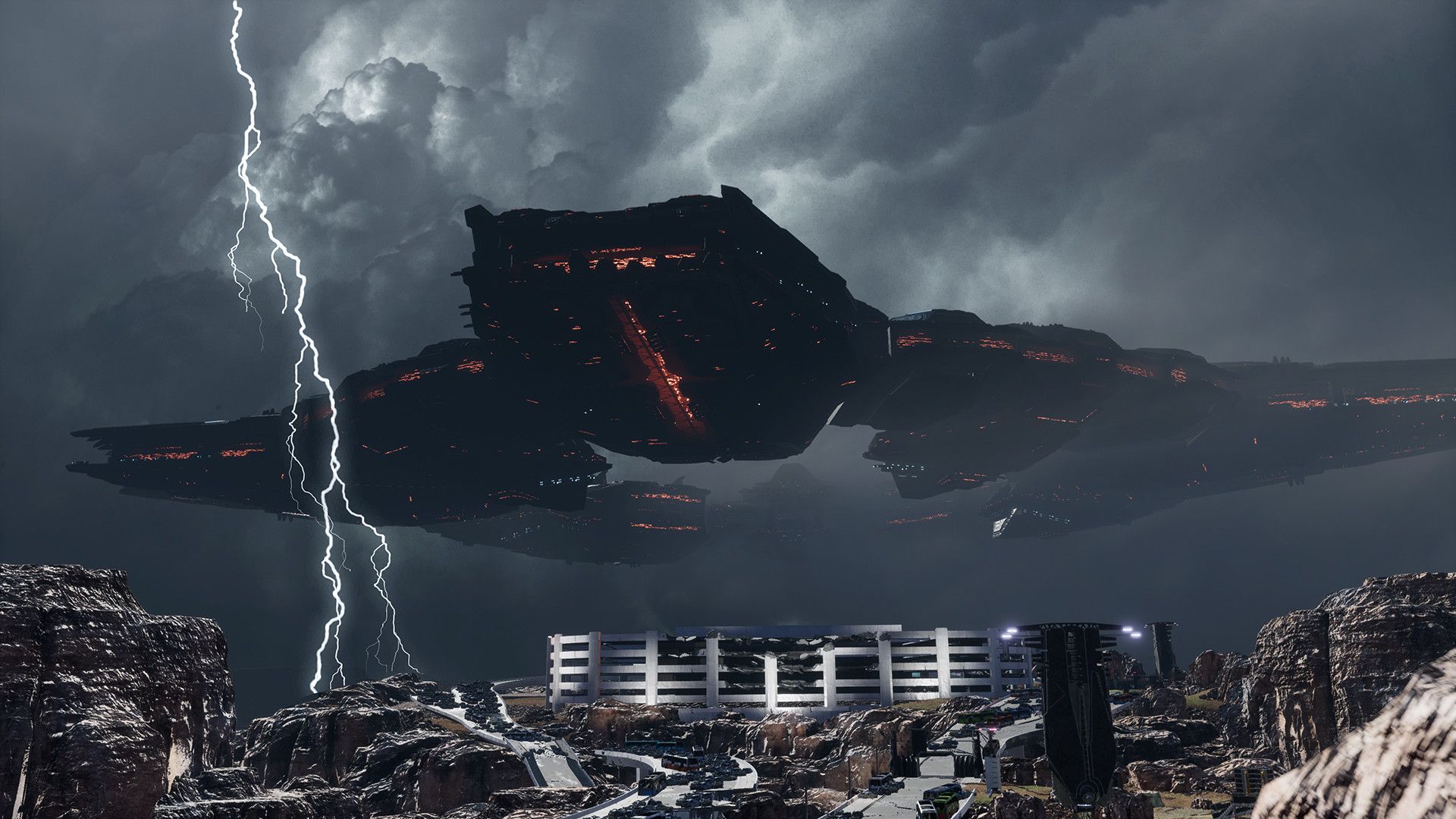 Still, that’s more background on how the team came together instead of what this game will offer. We already know there’s a campaign, but how will its levels be laid out? Low explained how introducing the grav cycle presents a unique challenge for the team. “That mixture of small, human-scale stuff and larger scale props for you to hide behind on your cycle has been an interesting balance,” Low said. For instance, a regular city street feels cramped when flying.

“We don’t want too much that is small, but we also don’t want a claustrophobic canyon. We want it to be open, but the balance here is that if you’re just in an open flight space, it might look cool, but then there is nowhere for you to hide.” The same goes for multiplayer layouts, with Low trying his best to prevent players from flying backward into objects.

The real meat and potatoes of Disintegration isn’t in all of the cool weapons and stuff you’ll have access to, but how you’ll make those tools work with your ground units. Called a Crew, Disintegration has these units integrated into every mode available. Multiplayer isn’t just straight team deathmatch or domination, but an extension of all of the skills you’ve acquired in the campaign. You’ll need to learn how to control these units effectively if you wish to claim victory. 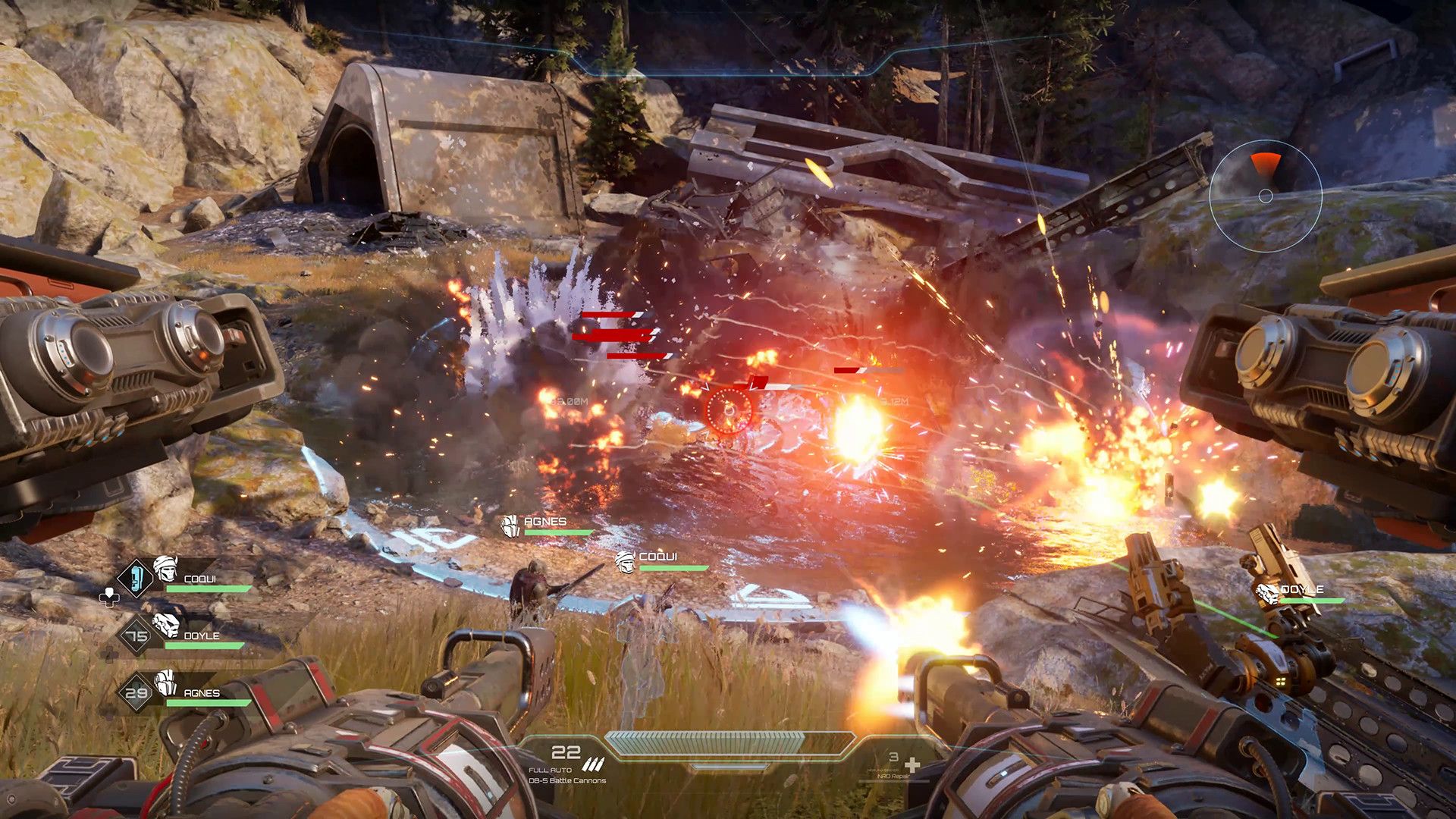 “The crew is an integral part of our game. We don’t want people to jump into TDM and simply be dogfighting,” Low said. “We want them to engage with the units and utilize them in a more unique manner. We needed to do something that was our take on old modes that promote the gameplay mechanics that we’re excited about. It’s something that makes this different from other shooters.”

At launch, Disintegration will come with three different game modes. Those will be Control (what was playable at PAX), Retrieval, and Collector. Collector is the mode that most closely resembles TDM and is where you’ll make good use of Disintegration’s ideas. As you kill other players and crew members, they’ll drop brain canisters that then need to be picked up to gain points. Think Call of Duty’s “Kill Confirmed.”

As for post-launch support, everything extra will be a free update. V1 Interactive is a small studio and doesn’t want to fragment its player base into cliques of people that purchased DLC and those that didn’t. “What we are saying for sure is that we don’t want to bifurcate the player base,” Low exclaimed. “If we add a new mode, we don’t you to not buy it and not be able to play with your friends.”

About the only consideration for paid add-ons that Low mentioned would be cosmetic skins. Everything else is just a patch. No season passes, no battle passes, no loot boxes: Disintegration is hearkening back to the old days of multiplayer shooters. Any skin or gun you want you’ll earn through concrete challenges that are clearly laid out.

I wish I had more positive things to say about the demo, but I’ve since grown away from competitive multiplayer. Disintegration seems more interesting than I initially gave it credit for, but I’m intrigued more by where the campaign will be going. It’s been a long time since a shooter was just a shooter, so here’s hoping that Lehto and the other ex-Bungie devs can craft something that does their legacy proud.