It’s hard to believe we’re already in the sixth subset of Pokemon TCG expansions in the Sword & Shield series. This is the eighth set I’ve reviewed since Sword & Shield Base Series launched in February 2020, and practically everyone has been better than the one before it. Chilling Reign is a combination of the Japanese sets Silver Lance, Jet Black Spirit, and Peerless Fighters, and is essentially a celebration of Pokemon Sword & Shield’s second expansion DLC, Crown Tundra. This set contains the first appearances of several Pokemon introduced in Crown Tundra, including the Galar version of the legendary birds and, of course, Calyrex. While Chilling Reign doesn’t necessarily check every box the way Battle Styles did, and it isn’t a special event set like Shining Fates, it still feels like the most refined set we’ve seen so far throughout the Sword & Shield era.

I don’t think there’s ever been a mainline Pokemon card set with a theme this strong before. The winter scenes permeate at least half of the cards, and the Crown Tundra stars certainly steal the show. Calyrex, the mascot of the series, appears 12 times in the set, which might be a record. Between V, VMAX, Full Art, Alt Art, Rainbow, and the two forms, Ice Rider and Shadow Rider, it’s very likely that anyone who opens Chilling Reign will get some kind of Calyrex card. That’s a pretty special quality for a set mascot to have, and I really hope that’s a trend that continues in future sets.

I love when you can tell what set a card is from just by looking at the art, and Chilling Reign does that really well. In this set, you’ll find Scorbunny rolling up snowballs, Rockruff trudging through piles of fresh snow, tons of fan-favorite ice types like Froslass and Lapras, and so much more. One of my favorite cards is a Raboot bouncing a snowball on his foot like a hacky sack like the brooding teenager he is. There might be a handful of reprints in Chilling Reign, as is common with any set, but there’s so much original art here that fits perfectly with the theme of the set that I can’t help but appreciate the whole package.

Of course, the big prizes in Chilling Reign are the Galarian legendary birds, of which there are nine to collect between V, Full Art, and Alternate Art. The Galarian birds are sort of the perfect storm for the TCG because they appeal to both old Pokemon fans and new fans of the games, and there’s a novelty to this being the first time they’ve ever been printed. I’m on the hunt for a Moltres to finish the trio, and I suspect finding all three birds will drive a lot of people to continue investing in Chilling Reign over the next few months. 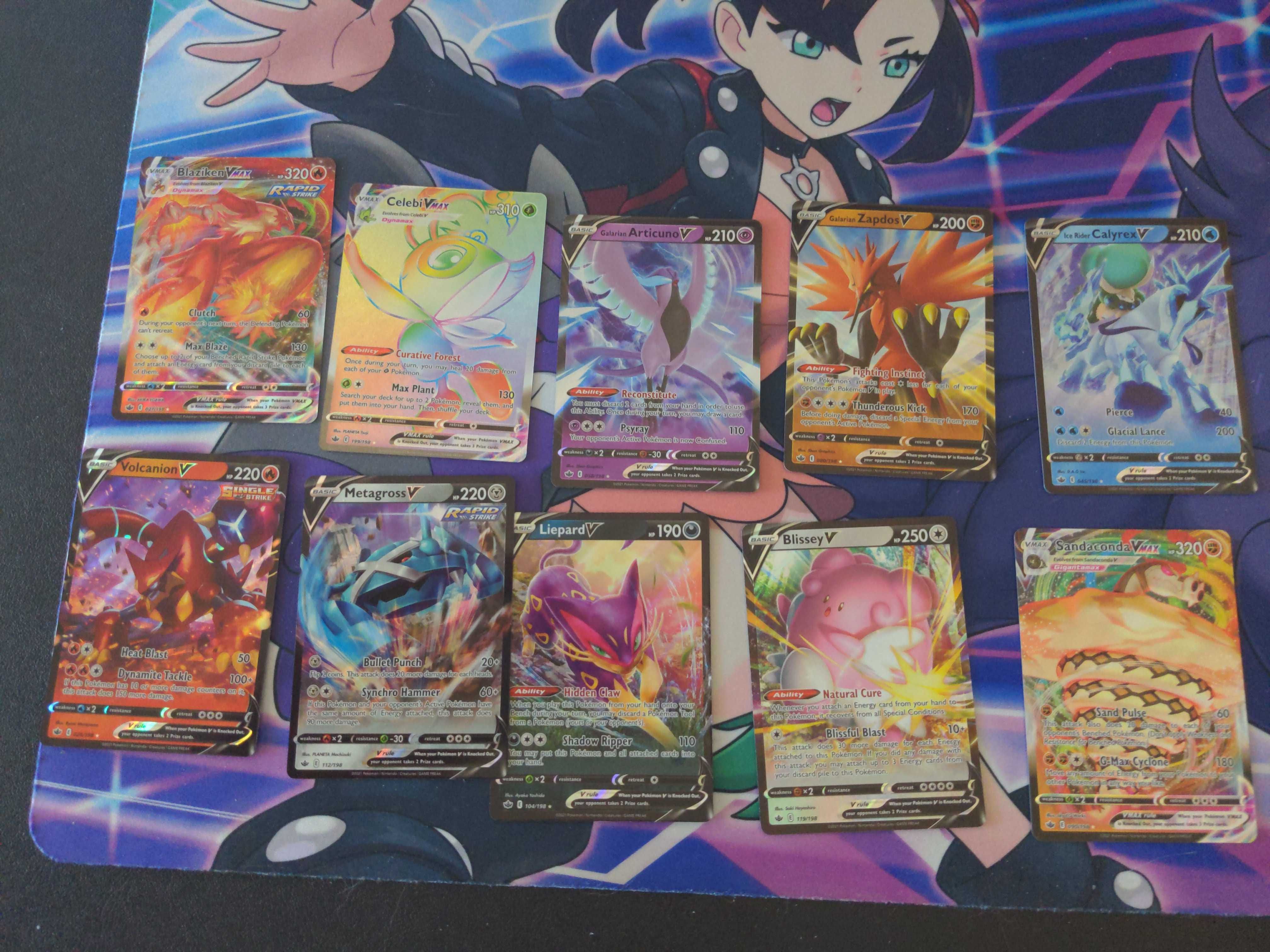 The best thing about Chilling Reign, without a doubt, is the availability. I walked into a Gamestop two hours after the store opened and there were still single packs available. They were gone by the end of the day, obviously, but the fact that I could walk into a store and buy packs at all is a triumph. Like many, I took a big step back from the hobby when scalping became such a big issue. TPCi promises that production would increase to meet demand, and I think the Chilling Reign is our first indication that that’s actually happening. The situation is still far from ideal, but if you’re looking for Chilling Reign I think there’s a good chance you’ll actually find some.

There’s are no Amazing Rares in Chilling Reign, which is the only thing I would like to have seen, but Shiny Gold cards are back — this time with Electrode, Bronzong, and Snorlax — and there’s also three gold energy cards, which anyone with good taste will tell you are the best kinds of cards. I’m thrilled with this set, and I think any fans of Crown Tundra will definitely connect with it too. The next set, Evolving Skies, will be an Eeveelution extravaganza in August. I fully expect Evolving Skies to totally take the wind out of Chilling Reign’s sails, but I, for one, won’t soon forget how magical this winter wonderland expansion turned out to be.

Related posts:
06/23/2021 Reviews Comments Off on Pokemon TCG Expansion Chilling Reign Is The Perfect Set For Sword & Shield Fans
Hot News
Synth Riders PSVR First Look Ahead Of Aug. 10 Release
best dosage of gabapentin for fibromyalgia
Why I think OutRun is the perfect summer video game – Reader's Feature
Invisibly wants to pay you for your data
Pokémon Unite feels a little too ‘pay to win’ for some players
Recent Posts